THE FIVE: Most Influential Pokémon Games 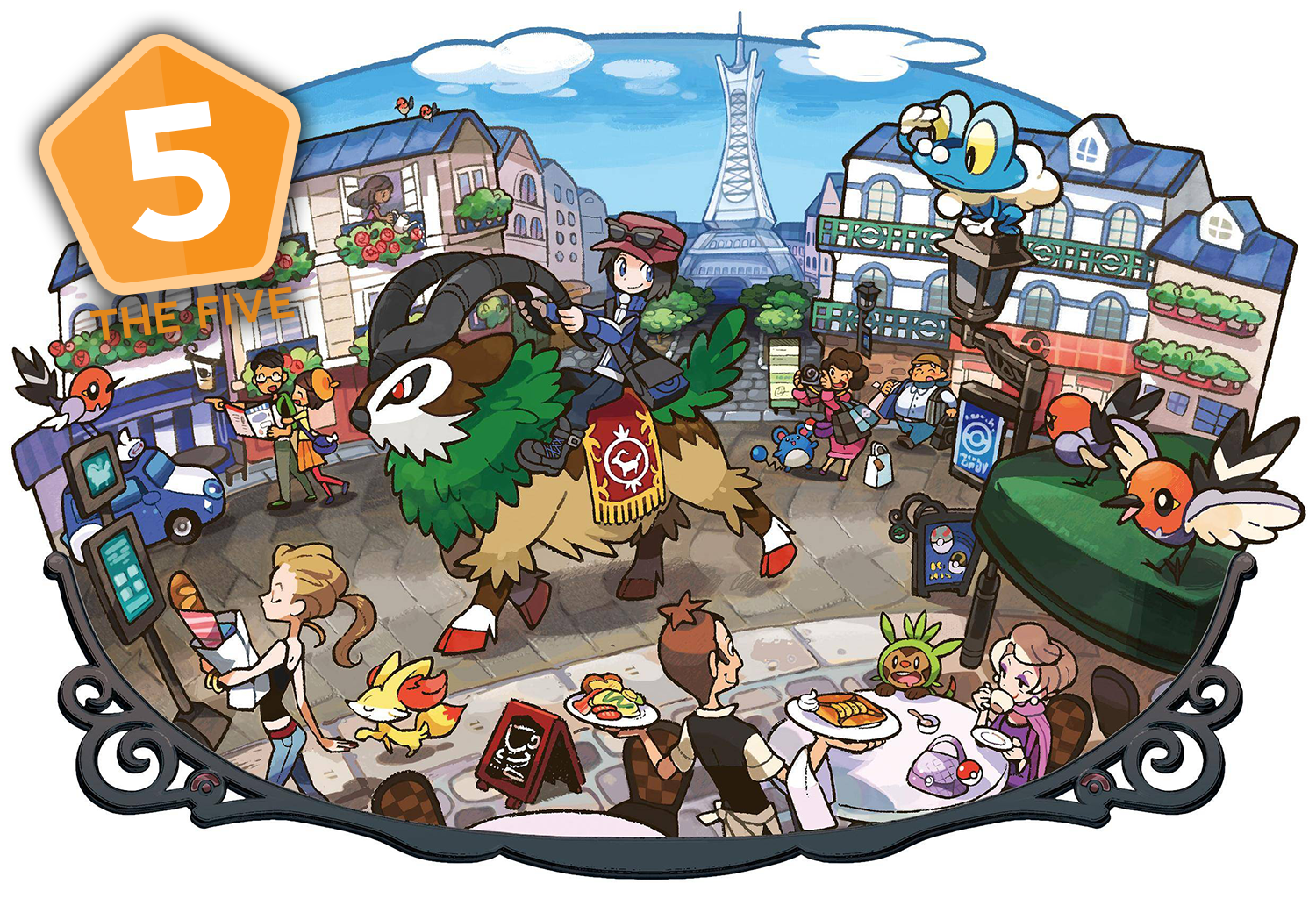 It will be two more months before the release of Pokémon Omega Ruby and Alpha Sapphire, and a lot of fans are excited for it because it extends the Mega-Evolutions and complete 3D-graphic world, but mostly because it’s a remake of what some consider to be the best Generation of Pokémon, probably because it didn’t bring 718 monsters to the table. In this first edition of The Five, we’ll take a look at the five Pokémon games that changed the direction the series took.

It was one of the combined Director’s Cut titles for the second generation, but Pokémon Crystal was important for first bringing the female player character into the game. Girls play Pokémon too, you know. The game was also the first official Pokémon game for Game Boy Color, with Gold and Silver being backwards compatible with the original Game Boy. Crystal was also the first to introduce animated battle sprites and the infamous Battle Tower, seen in many other Pokémon titles that succeeded it.

What’s better than fighting a Pokémon at once? What about two? Ruby and Sapphire introduced Double Battles, adding more to consider when using two Pokémon at once. The formula was expanded when Pokémon X and Y introduced Triple Battles, which to the unexperienced, can become a complete mess.

The Ruby and Sapphire games were also the first to bring in contests and the Secret Base feature, the latter of which isn’t very interesting until you find someone to hook up your link cable with. It wasn’t until Pokémon Diamond and Pearl until the Sinnoh Underground allowed wireless communications and made exploring your friends’ Secret Bases that much more convenient.

3: Pokémon Diamond and Pearl
There was a point in time when you had to head around the neighbourhood to get friends to slip you Pokémon you didn’t have on your game. This was made more difficult by the time the Pokémon count reached 386. When the fourth generation kicked in, this number hit 493, so of course Nintendo had so come up with something to help with that.

The Global Trade Station online service allows the trading of Pokémon to players around the world via Nintendo Wi-Fi Connection (now defunct). Players could search for their desired Pokémon so long as they’ve actually have it recorded in their PokéDex. The idea was expanded through to the next few Pokémon core titles, including Pokémon X and Y.

Nintendo also added the ability to distribute event Pokémon via Wi-Fi Connection, which would pave thw way for players to obtain Pokémon like the Spiky-eared Pichu in Pokémon HeartGold and SoulSilver Now, we all know why this game was influential. Pokémon X and Y broke ground by becoming the first fully 3D Pokémon title on a handheld. Running around the environments and battling Pokémon was now much more alive than ever before, exploiting the stereoscopic 3D feature on the Nintendo 3DS. Pokémon X and Y also added Trainer customisation, so player characters finally need not wear the same drab outfit on their adventure.

Adding on the global trading features, X and Y no longer needed trainers to have to had seen the Pokémon of desire. Searching by Pokémon’s name is now possible, as well as getting random Pokémon off the Wonder Trade system

1: Pokémon HeartGold and SoulSilver
Technically, this one also goes to Pokémon Gold and Silver, the generation II games these remakes are based on. But not only did Pokémon HeartGold and SoulSilver include both Kanto and Johto and everything that came included in the game like the originals, the game also had your lead Pokémon follow you everywhere like Pikachu would back in Pokémon Yellow, which kinda makes it less lonely on your long adventure.

The generation II remakes also included a separate peripheral in the form of a pedometer, stretching the “walking Pokémon” metaphor. While X and Y has Pokémon Amie for Pokémon interaction, the Pokéwalker allowed one to actually take a Pokémon on a walk, albeit in a little device with a 2-bit screen, in an effort to drag kids outside to take long walks and earn watts and EXP points for the Pokémon as they go. The Pokéwalker unit also included Pokémon-catching and item-finding functions, which could be transferred back into the game via the unit and game card’s IR receiver.