Home / Features / The Armaggeddon End of the World Gift Guide

The Armaggeddon End of the World Gift Guide 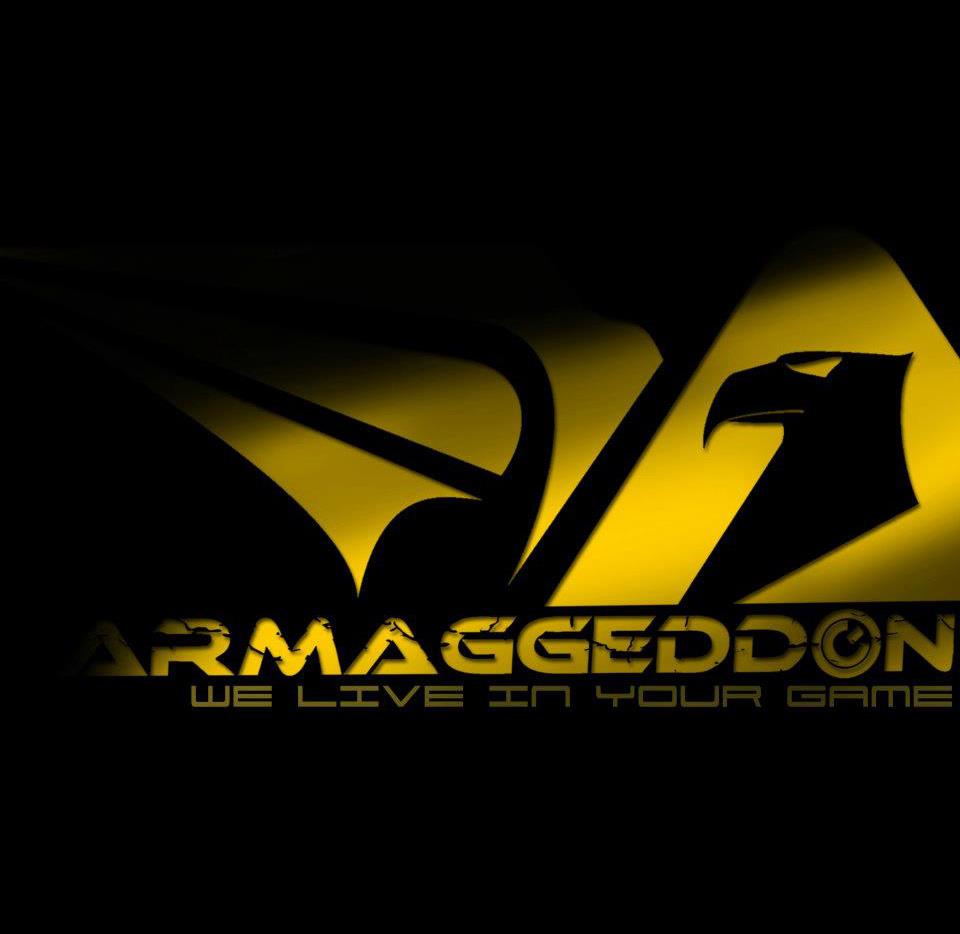 So it’s doomsday today, according to the Mayan calendar. While the world hasn’t ended yet – and we’re still not sure if it will, since, you know, we’re a gaming news site and not meteorologists – we do have a nifty gift guide for those of you who want to celebrate the end of the world in style.

Because, what better way to mark Armageddon than with an Armaggeddon product?

Armaggeddon spoils you for choice when it comes to any sort of gaming peripherals. Out of their 10 choices of gaming mice, we’ve picked the G13 Aliencraft II, the Phantom, and the Mikoyan Foxbat.

The G13 is their top of the line wireless mouse, retailing at S$159. With 11 macro-programmable buttons and the ability to store five macro profiles onboard, this remarkable mouse only requires button programming the first time round. It’s also powered by lithium ion batteries, and includes a battery life indicator so you won’t be caught short in a game of DOTA 2. Best of all, it can be used wireless or wired, perfect for those of you who still prefer it old school with a wire. The G13 hits a maximum speed of 5600 DPI.

The S$79 Phantom is a little more wallet friendly for its capabilities. Boasting a maximum speed of 8200 DPI, this mouse introduces a weight management system that has six customisable levels. Weight management, to our knowledge, is typically a feature associated with more high-end mice. The Phantom also stores up to five profiles onboard, making it perfect for toting to competitions and the like. The wired Phantom has a rubberised finish, great for those of us with sweaty hands.

Then there’s the Mikoyan Foxbat. Though this mouse has the fanciest name of all three, it’s the most affordable. Priced at S$59, the Foxbat is a six-button mouse with 64kb on board memory. By our calculations, this means it can store one profile, which isn’t too bad unless you play a variety of games seriously. The Foxbat, surprisingly enough, has a nine-level weight management system: again, something that we’ve long associated with higher end mouse. The physical customisability of the Foxbat makes up for its lack of other features.

There are a total of 21 (!) mouse mats available from Armaggeddon. These assistants to glory are all soft, foldable mats, and come in a variety of materials and sizes. There are three things to consider before you decide on an Armaggeddon mouse mat – the glide, the parameter, and the pile. The mat’s glide refers to its surface, whether it’s  built for speed, overall performance, or for precision. The mat’s parameter is simply its size, while its pile refers to the density and thickness of the mouse mat.

Sifting through 21 mouse mats for that perfect gift can be quite the hassle, so we’ve selected the three we feel are best balanced, and would make perfect gifts for someone whose gaming habits you don’t quite know. All three mousemats are made of medium pile and are of the same size.

The Aegis Artic (S$19.90) is a 17 inch mat from the brand’s control series. Its rough glide surface gives users greater control over their mice, so it’s great for RTS and MOBA players.

The Adept Ithaca (S$19.90) is from the Adept balance series, which offers a nice compromise between the speed of and control over your mouse. Great for any game!

And finally, the Assault Hovea (S$19.90), while strangely named (a hovea, according to Google, is an Australian evergreen shrub) is recommended for the speed demon. Great for FPS and other assorted twitch-reflex games.

Ah, the keyboard. The backbone of every gamer’s existence. You can’t be taken seriously as a player if you stick to just the mouse. From Armaggeddon’s arsenal, we’ve selected…

The Black Hornet MKA-3. This S$149 keyboard comes in Cherry Black and Cherry Brown switches, and has macro and multimedia keys. The Black Hornest is also backlit in teal, with the WASD and arrow keys lighting up in yellow. Like any true gaming keyboard, there’s an option for you to deactivate the Windows key without having to gouge it out completely. The USB keyboard has a 1.8m long cord, perfect for those of you to have to play with your keyboard under your chins.

Then there’s the S$99 Strike Eagle MKI-3. The Strike Eagle is a mechanical keyboard like the Black Hornet, with the difference being its openly Made-in-China replica red switches. Armaggeddon isn’t ashamed of admitting the Strike Eagle using replica keys, and for good reason. Apart from a slight difference in the tactile pressure of the keys, the Strike Eagle feels like the real deal. Small and compact, the Strike Eagle’s layout might take some getting used to; but we feel it’s a worthy trade-off, considering you get a lot of extra programmable buttons. The Strike Eagle also comes with an extra set of WASD and arrow keys, perfect for when you wear the first sets out.

On the lower end of the scale – or for those annoying nephews you can’t ever get rid of – there’s the Nighthawk Kai-5, which costs S$49. The Kai-5 membrane keyboard is best described as an all in one, with multimedia and macro keys as well as backlight and gaming functions. Like the Black Hornet, you can deactivate the Windows key on the Kai-5. It also has an ergonomically-friendly design for those long hours on the (pixel) battlefield.

Armaggeddon is currently having holiday bundle deals for selected items purchased from their preferred retailers. You can find out more on their Facebook page.