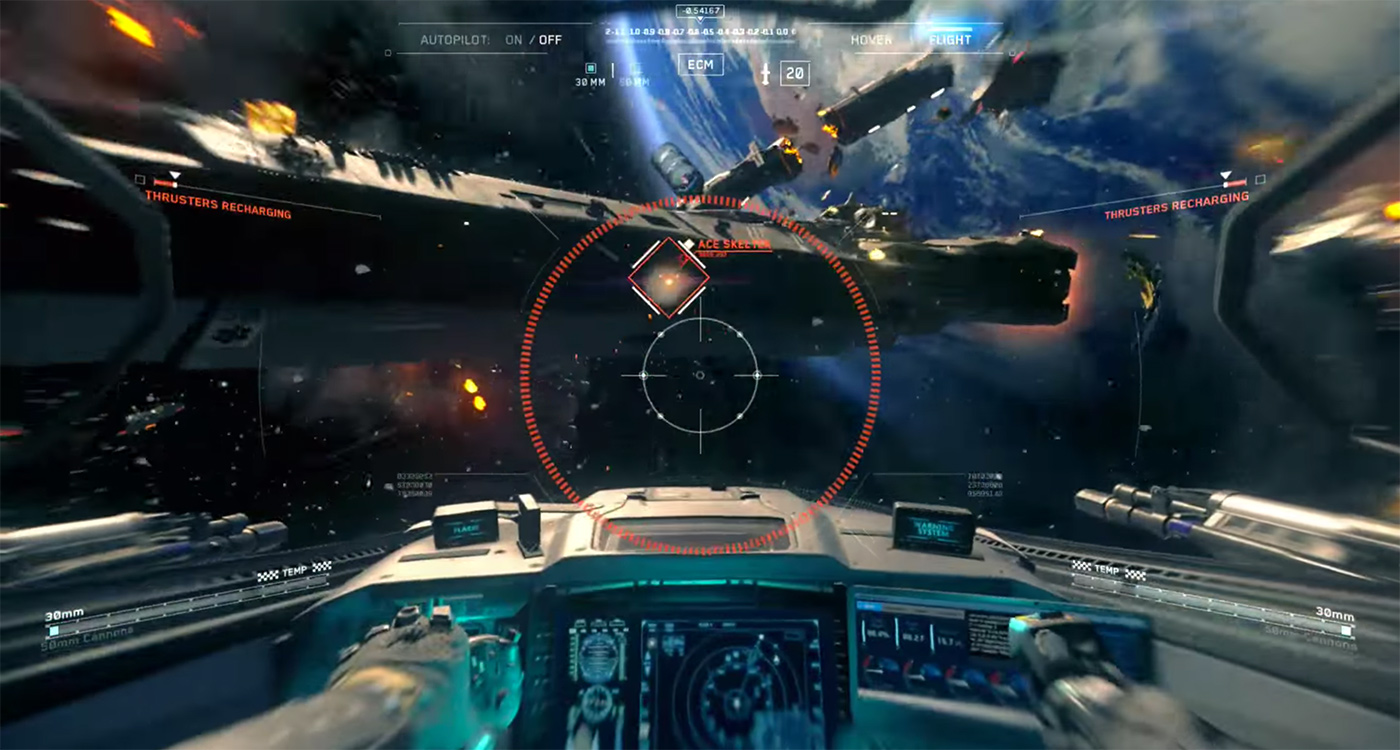 There are many things to look forward to in Call of Duty: Infinite Warfare when it’s out on 4 November. You get space battles, futuristic weapons that’s actually cool, weapons customization and…Jon Snow (actually Kit Harington, of course). But what I’m excited most about is Jackal Assault, a PlayStation VR game that comes free with every PS4 copy of Infinite Warfare.

Jackal Assault is a virtual reality-based take on the by-now famous space dogfight you might have seen in Infinite Warfare’s trailers – or you can catch it in the new Story trailer above – and reworked for the PS VR head-mounted display.

The game puts you inside a Jackal fighter jet, and in the demo that I played, allowed me time to look around the launch pad. Moments later, my Jackal was shot straight into space along with my wingman. I was then tasked to remove some space debris, which is simply a control familiarization process for players. It’s nothing complicated, as the left thumb stick controls speed (push up to go forward, and down to lower the Jackal’s engine thrust) and the L2 and R2 trigger buttons control the space craft’s missiles and guns respectively. Aiming on an object or enemy only requires you to move your VR headset to lock them, which is probably the only part of the game that requires some adjusting to.

The game really begins when you find yourself in a space ambush when an enemy battleship appears and launches its own space fighters at you and your capital ships. Soon I found myself taking full advantage of my 360-degree view to track down enemies while flying smoothly at full speed, and occasionally braking to make sharp turns in the debris field. There was certainly no shortage of adrenaline throughout the game. The short demo ended when the enemy capital ship fired what seems like a ‘Starkiller Base’ laser that sucked everything into it.

Given how simple yet thrilling Jackal Assault is, I can’t wait to get my hands on Infinite Warfare to try this part of the game out. And if anything, my own takeaway from my time spent with Jackal Assault (and the similarly excellent Eagle Flight) was that virtual reality is best experienced with seated games for an authentic true-to-life experience. I can’t wait.

Aaron Yip is an industry veteran with more than 15 years of experience. When not spending time on his gaming PC and consoles, he can be found in Hyrule solving ungodly puzzles and collecting gems.
Previous post Here’s another chance at Sony’s PlayStation VR
Next post Gears of War 4 gets early launch trailer, will have split-screen co-op for PC