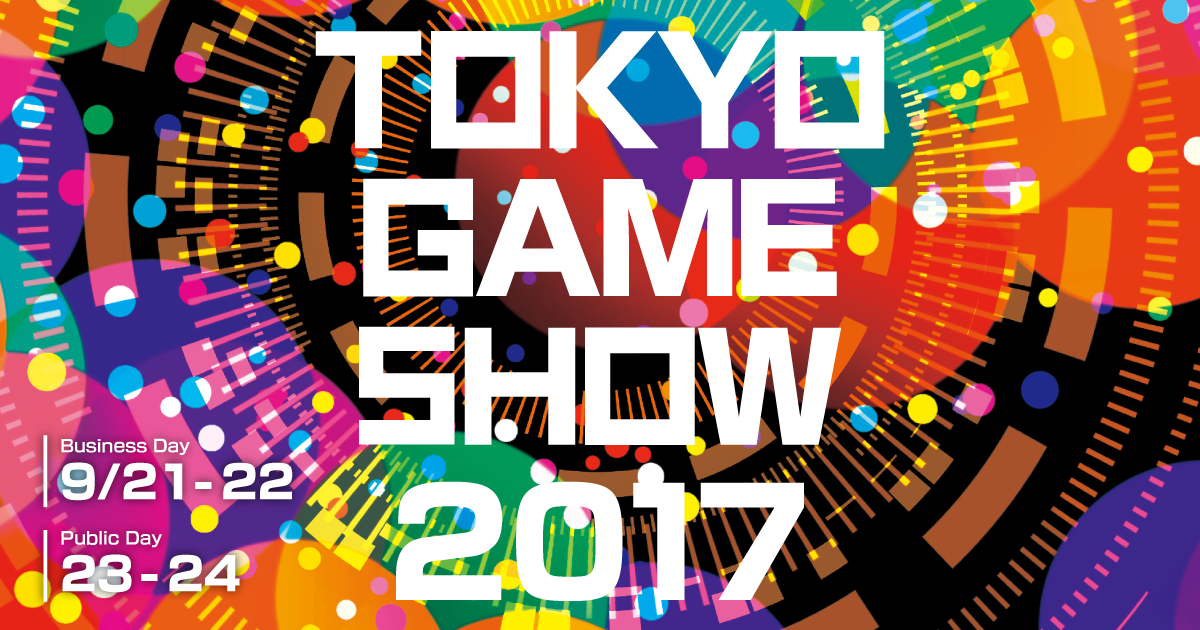 With Tokyo Game Show 2017 all wrapped up, it’s time to take stock of the updates and reveals that came from the four-day convention.

To follow-up on our previous post: there were no new major announcements over the public days. While we did get some interesting stage events out of it, nearly all the live streams weren’t translated or subtitled in English – we’ll just feature the more accessible ones here.

Additionally, given TGS’ target audience not all games highlighted here are meant to leave Japan’s borders. We’ve kept most of them relevant but have also included titles that are interesting in one way or another. Within reason, of course, or we’d be here all day. We’ve marked those domestic games with an asterisk (*).

As for the links, the majority lead to official YouTube videos (timestamped where necessary), with others pointing to relevant pages.

The massive signal boost for Capcom this year was Monster Hunter: World, the franchise’s entry into current-gen consoles. We now have a global release date, 26 January 2018 for PlayStation 4 and Xbox One (the PC version arrives later), as well as a new gameplay trailer.

[Fighting] Marvel vs Capcom: Infinite is getting a Monster Hunter DLC character. The game is out now for PC, PS4, and Xbox One, though no release date was announced for the DLCs yet.

[Horror?] Resident Evil 7 goes trigger-happy for its Not A Hero DLC, dated for 12 Dec. A Gold Edition of the game, containing all season pass content, releases on the same day. There’s a new Tokyo Marui airsoft rifle too, modelled after the in-game Thor’s Hammer.

*[Visual Novel] Toraware no Palma (Imprisoned Palm) is a six-episode otome mobile game that scored a 45-minute stage event  at TGS, gameplay segments included. They also mentioned a virtual reality experience using the HTC Vive, though you’ll need to be in Japan to get your hands on it.

876 aka Bandai Namco are fully in their element when it comes to TGS, making it tough to narrow down their list. We’re going with Dragon Ball FighterZ, which has a gameplay trailer packed with so much shounen action you’d risk developing super powers. That and “It’s an Arc System Works game.”

[Action RPG] Code Vein unveiled a new trailer that reinforces the notion of this being a sparkly, anime-styled Dark Souls – not necessarily a bad thing, so long as they nail the combat and level design. A PlayStation live stream demonstrated gameplay against regular mobs, while the character editor appeared during a stage show. Oh, and there’s a collaboration with Japanese rock duo Vamps.

[Combat Flight] Ace Combat 7: Skies Unknown got a brief gameplay trailer. You may find hands-on gameplay footage from the show floor, such as Famitsu’s live steam, but that was it for official news. We’re still waiting for a firm release date for 2018.

[Arena Fighting] Gundam Versus now has the AGE-1 mobile suit joining its roster, shown in a trailer for the DLC. The game is already out in Japan so that was the end of it (there was a brief stage show for anyone curious), whereas the international release is this Friday, 29 September. Fans are also eyeing the newly announced Gundam Battle Operation 2, although there’s no word of a localization just yet — it did have English narration so keep your fingers crossed.

[Action RPG] Little Witch Academia: Chamber of Time is getting a demo in November for Japan. A Dengeki Online live stream with production staff and Akko Kagari’s voice actress covered some gameplay, but be warned that it isn’t direct capture. Later, we get to see Diana Cavendish in action for the first time.

[Idol Sim] The iDOLM@STER: Stella Stage marks Bandai Namco’s latest in this multi-media behemoth. We have the familiar faces and narrative of 765 Pro and rivals 961 Pro, only now there’s a new idol, the 17-year-old raised-in-Europe Shiika, joining the competing office. As usual, players assign idols to various concerts (cue rhythm games), after which they’ll have to contend with new management features such as coaching and scheduling rest days. Here’s the announcement trailer, with a release date set for 21 Dec. No English version has been mentioned thus far; judging by the previous Platinum Stars game, we may only see Chinese and Korean editions.

A name synonymous with ATLUS, the Shin Megami Tensei RPG series has grown into a massive multi-project undertaking — and that’s not counting the equally successful spin-off series, Persona.

[Action-Adventure] Yakuza Kiwami 2 (Ryu ga Gotoku Kiwami 2) has a new trailer, showcasing how it remasters the PS2 original along with updates to the story and gameplay. It releases on 7 December in Japan and we can expect to see a localized version in 2018. Metal band SiM is providing the theme songs, New Japan Pro Wrestling Legends are in it, and here is some live footage.

*[Action-Adventure] Hokuto ga Gotoku, the surprise Fist of the North Star tie-in, also received a new trailer and gameplay demo. They’re basing it on the manga’s earlier arcs but not without injecting some Yakuza flavor, such as letting Kenshiro work as a bartender. It’s coming to Japan in 2018 though whether an international release will follow is still uncertain.

[Platformer] Sonic Forces had a stage demo showing character customization as well as gameplay, though fans will likely want to stick around for the the soundtrack recording with The London Symphony Orchestra or a mini-live at TGS itself. Sonic Forces releases in English on 7 November.

*[Action RPG] Dragon’s Crown Pro updates the side-scrolling fighter for PS4 Pro, confirming leaks ahead of TGS. The game releases on 25 Jan. 2018 in Japan and, so far, we’ve seen a trailer and live gameplay. There wasn’t any mention of a global release but given the previous controversies surrounding the character designs, that may not seem likely.

If ATLUS has SMT then Square Enix has Final Fantasy (they have Dragon Quest too but that isn’t as popular overseas). It’s no surprise then that the publisher had plenty to show this TGS, though don’t keep your hopes up for a Final Fantasy VII Remake update.

[Survival Action] Left Alive taps into the Front Mission universe from a different angle – read more about it here.

[RPG] Secret of Mana Remake really does exist and here to convince you is a 48-minute stage event. It went over the Japanese voice cast, something the SNES original didn’t have, as well as providing a hefty dose of live gameplay – local multiplayer is still present. The game launches worldwide on 15 February for PC, PS4, and the PS Vita.

[RPG] project OCTOPATH TRAVELER is a 2D turn-based RPG from the producers of the Bravely Default games. Players are presented with eight characters to choose from, not just for abilities but for unique stories, with different starting areas and all that entails. The game is developed for the Nintendo Switch and a TGS stage event walked viewers through the demo. No release date has been announced.

[RPG] Lost Sphear is another RPG bound for the Switch, though now it’s from Tokyo RPG Factory (of I Am Setsuna fame) with a concurrent release on PS4. Square Enix teased that a demo will be out soon, so until then here’s a 40-minute live stream to chew on – their ATB 2.0 system is back. Near the end, they reveal the two-disc soundtrack as well as a guide and visual art book. The game releases on 23 Jan. 2018.

*[Board Game] Itadaki Street Dragon Quest & Final Fantasy 30th Anniversary (Fortune Street…) brings to mind the occasional board game adaptations we see on consoles. The series plays like Monopoly and was originally a mini-game, proving popular enough to be its own full release. This edition combines two of Square Enix’s largest IPs and the result looks awfully fun. It’s out on 19 Oct. for PS4 and PSV in Japan. The series has been localized before so here’s hoping this does too.

There isn’t much in the international pipeline for Konami which is why we’re featuring Anubis Zone of The Enders: MARS again – we’ve already touched on it in our previous post (under a different title; we’re going with the corporate news release version here.)

Unfortunately, the publisher doesn’t archive their live streams so there are no stage shows to direct to (they showed off a bit of Metal Gear Survive). Much of their presence this year was dictated by esports – Pro Evolution Soccer 2018, Super Bomberman R – and hands-on time with their many mobile games.

As the publisher for Omega Force, Koei Tecmo is home to a smorgasbord of hack-and-slash offerings. From the Day 3 stage show, we learn that Attack on Titan 2 follows up on its predecessor’s success by refining elements such as the “3D Maneuver Gear” movement system, Titan behavior, character interactions, and simply increasing the character line-up. It also adapts moments from the second season of the anime. The English version will be out in early 2018 for PS4.

[Hack-and-Slash] Fire Emblem Warriors releases on the Nintendo Switch and New Nintendo 3DS tomorrow, 28 September – here’s a gameplay trailer for the latter. We also got a look at new characters Caeda and Tiki, as well as Celica. A post-TGS video has the cast all together.

[Hack-and-Slash] Dynasty Warriors 9 (Shin Sangoku Musou 8), a grand attempt to revamp the franchise by going open world, launches in early 2018 for PC, PS4, and Xbox One. There’s a stage show where they reiterate some of the game’s features but fans will likely want to trawl the web for videos of the demo instead.

And with that Tokyo Game Show 2017 comes to a close. There were, of course, plenty more games being shown, especially on mobile, but we wanted to focus on the larger publishers. The convention is still primarily meant for fans (although there were less attendees than last year, via Forbes), which is why the business days were much lighter compared to heavyweights such as E3. What’s more, publishers are warming up to the idea of holding their own events and conferences, and Japan is no exception. Take Namco Bandai’s Jump Festa for instance, which is set to take place on 17 and 18 December.

In any case, TGS isn’t going anywhere anytime soon. Maybe we’ll get a more exciting lead-in next year, once more developers are ready to showcase their Switch titles.

Ade thinks there's nothing quite like a good game and a snug headcrab. He grew up with HIDEO KOJIMA's Metal Gear Solid, lives for RPGs, and is waiting for light guns to make their comeback.
Previous post C3 Anime Festival Asia returns to Suntec on 24—26 Nov
Next post John Boyega invites you to play Star Wars Battlefront II, open beta next week