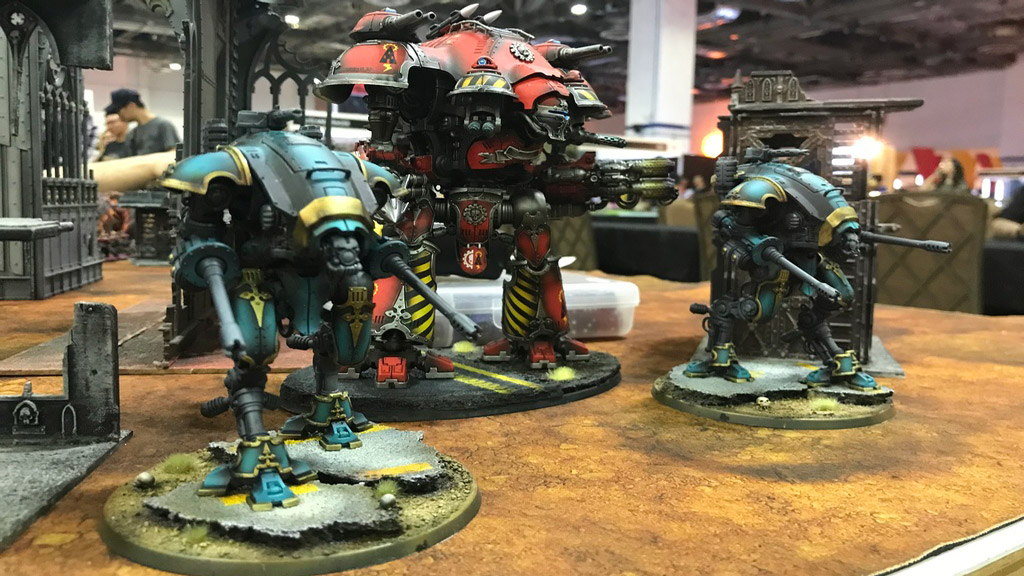 I must confess: I have never been to STGCC before. On the other hand, that just means the overview of 2018’s convention isn’t hampered by any past impressions or expectations. So, let’s dive right in! This year’s main display area featured familiar faces from previous iterations of the event. Marvel came in guns blazing with several Venom-inspired booths and activities, including a display of the Ducati Tom Hardy uses in the movie. A large part of the main hall was also dedicated to an impressive line-up of prototype models and figurines, ranging from Optimus Prime to Megaman and even Power Rangers. The LEGO booth was quite crowded too, mainly due to their 6000-piece model of the Hogwarts castle from Harry Potter, complete with the Hogwarts Express. In addition, their new Voltron models and speed building competitions were a hit among the patrons as well. The second area, and probably the highlight of the convention for me, was the Artist Alley. Having expected only western comic-based art inspired by Marvel and DC to be displayed, I was pleasantly surprised to see numerous art pieces from anime series such as Fate: Grand Order and My Hero Academia.

As a hardcore fan, I naturally spent a good deal of time fanboying and snapping up posters of my favourite characters, such as a splendid piece of Nero Claudius from the Fate series. In addition to posters, there was also a nice (and very tempting) selection of manga courtesy of Kinokuniya. Following the Artist Alley, the Good Game Experience (GGXP), like previous years, was also a part of the convention, hosting regional qualifiers for games such as Starcraft, Counter Strike: Global Offensive and even Pokemon. Table-top and board games such as Warhammer 40k were also in attendance, with popular local stores like Gamersaurus Rex conducting painting workshops and teaching sessions for beginners. In addition, there were a number of local and indie game developers who set up trial booths beside the WESG qualifiers section. Unfortunately for them, I felt the alcove they were allocated lacked good customer visibility, which is key for new developers looking to break into the market.

Akiba Zone, another long-time feature at STGCC, was packed to the brim with anime fans purchasing OSTs from TAMUSIC or singing and dancing along to the performances on stage. Personally, I was unimpressed by this segment and felt there wasn’t much you couldn’t find in other conventions like Anime Festival Asia.

It also goes without saying: you can’t have a comic convention without cosplayers. Saying that the variety of different characters was wide would be an understatement. Cosplays of Spider Man and the White Blood Cell from the “Cells at Work” anime seemed to be among the more popular characters at the convention, although there were many excellent Overwatch and Warcraft cosplays too. I even saw the odd BMO from Adventure Time. What was the most popular booth? I’d have to say Tokidoki. From the time I entered at 10am to when I left at 3pm, the queue seemed to remain the same length throughout, stretching around the entire booth. But to be honest, I do agree that the stuffed pink unicorns were adorable. All in all, as it was my first experience at STGCC, I couldn’t say whether the experience was any better or worse than previous conventions. Although entertaining, I will admit it was slightly lacklustre and there were several areas where I was left wanting, especially in terms of variety. Of course, this is just my opinion but I felt more visibility could have been devoted to the indie game developers as well. Nevertheless, on my way out of the hall at 3pm I did notice something fairly amusing.

The Tokidoki queue still hadn’t got any shorter.

Kenneth is your dedicated jack of all trades gamer and borderline anime nut. When not writing, he likes to wind down with Overwatch, Apex Legends and a bit of Fate: Grand Order on the side.
Previous post DICE unveils its latest Battlefield V video
Next post Black Ops 4’s Blackout mode looks intense