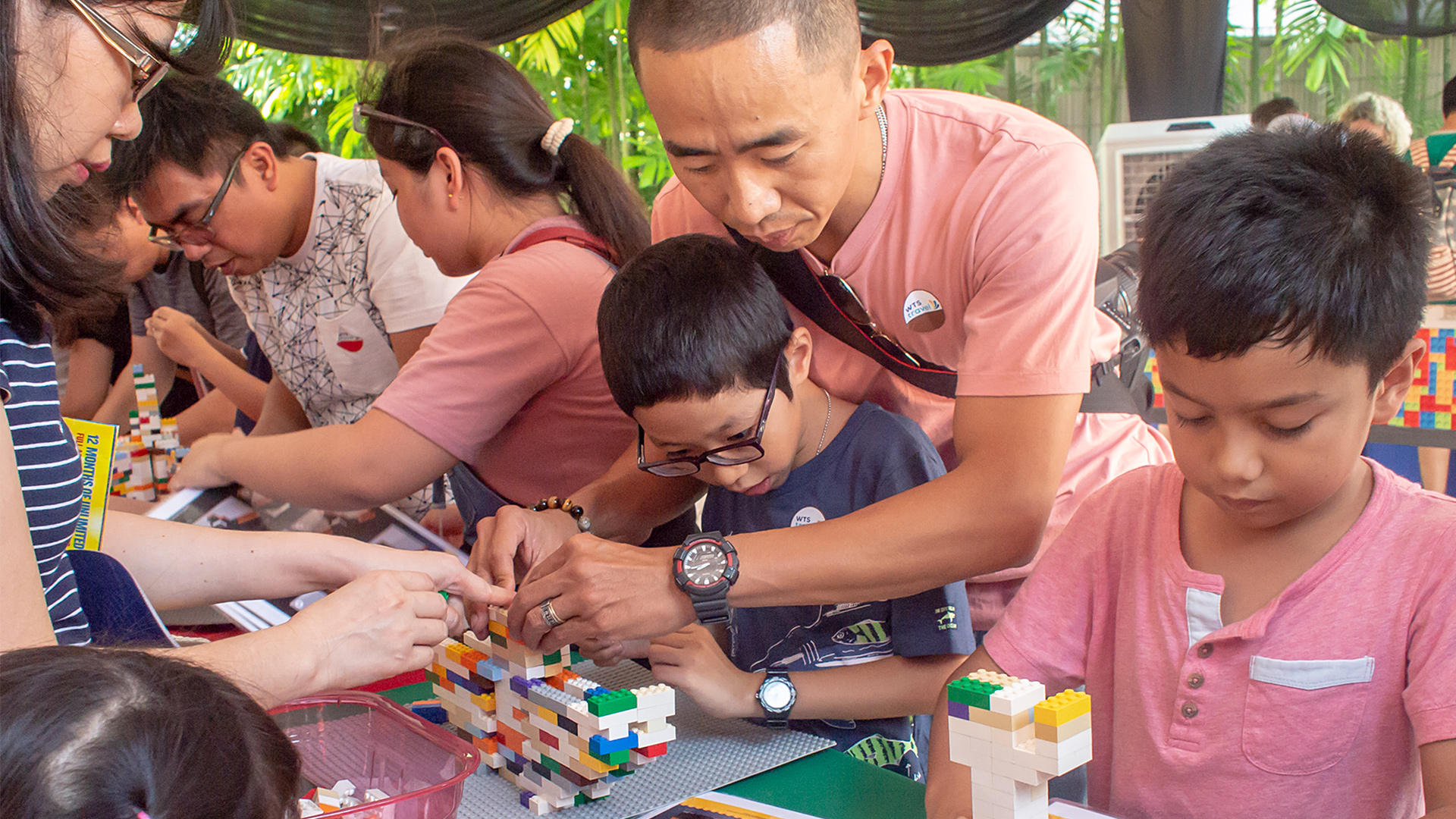 The Force flows through Legoland Malaysia Resort with the return of Star Wars Days, now on till 13 May 2018. Located no more than two hours’ drive from Singapore (depending on immigration lines), the event sees the return of costumed parades, family activities, and a smattering of photo opportunities for fans of the galaxy-spanning franchise.

New to the festivities this year is the Lego Star Wars Speed Build Challenge, held every weekend at Lego Academy Outdoor. With a bucket of 2×4 bricks and step-by-step instructions, teams of two-to-four compete to build an X-Wing fighter in the shortest time possible. The day’s fastest participants get to bring home attractive Lego Star Wars products such as a BB-8 (75187) set worth S$199. 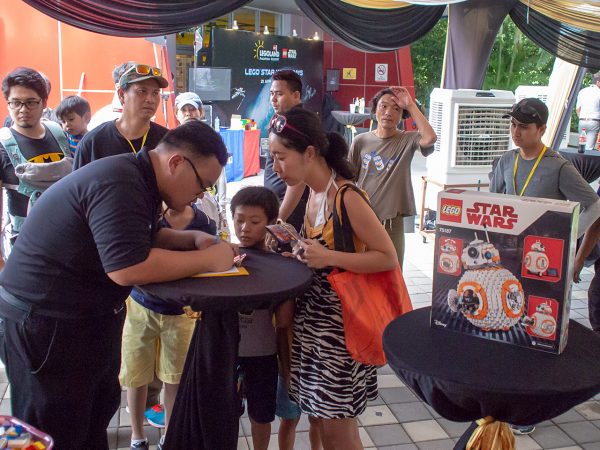 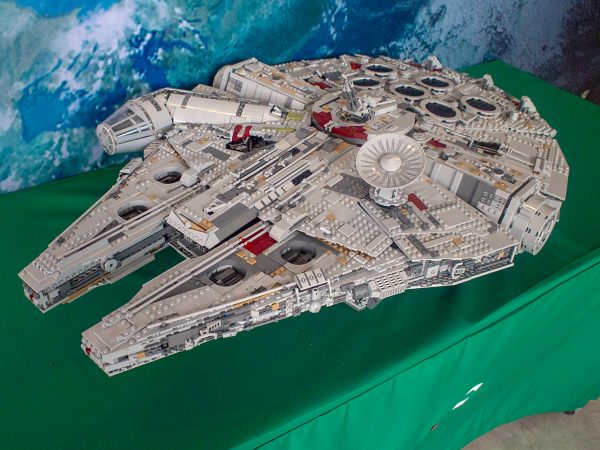 Yet the biggest lure is undoubtedly the grand prize. Once the challenge ends, the fastest team among all wins an Ultimate Collector’s Series (UCS) edition of the Millennium Falcon (75192), a stunning 7,500-piece set with an eye-popping $1,650 tag. Elevating the prize even further is the autograph by Hans Burkhard Schlömer, the set’s original designer, turning Han Solo’s “heap of junk” into a coveted collector’s item.

Although the Speed Build Challenge didn’t attract as large of a crowd as the 501st Legion’s annual Imperial March — likely due to the scorching weather and limited standing area — the event had no shortage of drama. Most memorable was a Chinese father-and-son duo that saw tempers flare, innocent plants attacked, and fiery determination renewed. While they lost to a Japanese family in the first time-slot, the pair eagerly returned to win in the next. And they did, securing their BB-8 set a mere three hours before their scheduled flight. 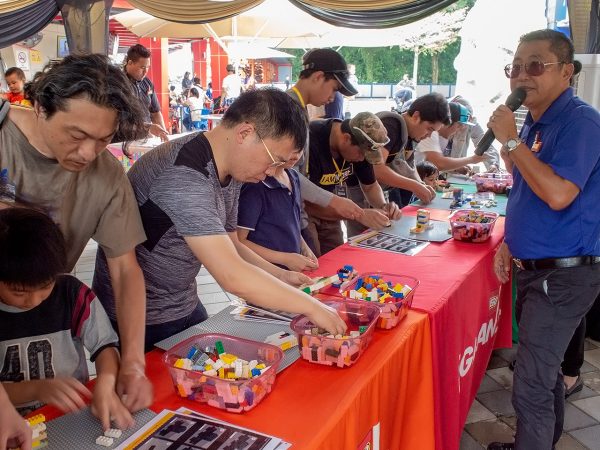 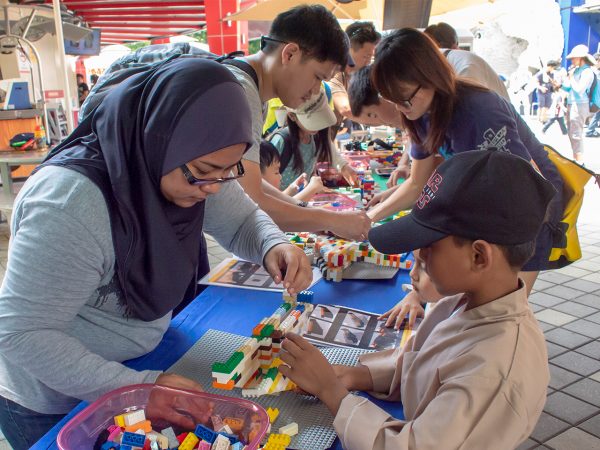 It wasn’t all pulsing temples and pouring sweat, however. Other families simply took it an as opportunity to have fun together, as the Speed Build Challenge is one of the few activities in Legoland Malaysia focused on teamwork (the arm workout that is Ninjago The Ride being another highlight). An Indonesian family was all smiles as they figured out a plan to piece the bricks together, while a Malaysian team tackled the challenge at their own pace, the parents dispensing advice whenever their kids were stumped. Elsewhere, enthusiast builders directed orders at one another as they raced against the clock.

Having given it a go during a media preview, the build isn’t exactly hard per se. The instructions are relatively easy to follow (some of us found the prints too dark) and the universal use of 2×4 bricks, with no color coordination required, stripped away plenty of complexity. Rather, problems stemmed from amateur mistakes or from not visualizing the complete build during assembly. 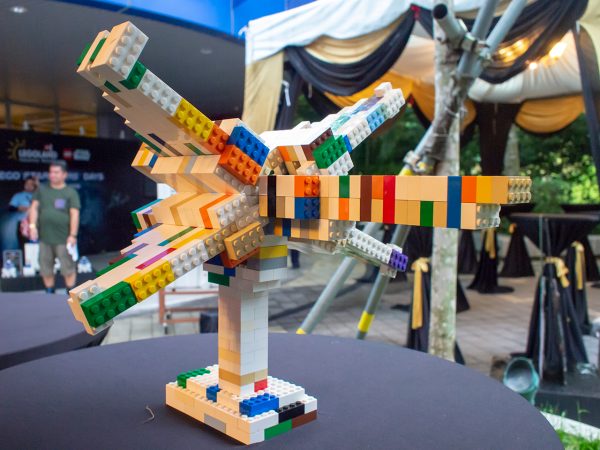 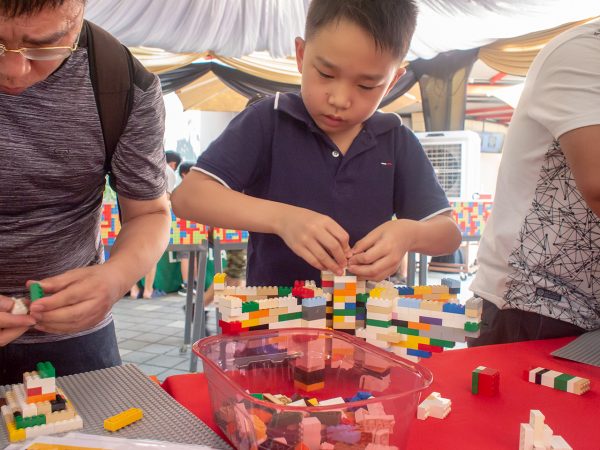 The Lego X-Wing in question is supposed to have hinged wings, allowing them to move into the iconic X-shaped attack pattern. However, a misaligned brick here or an extra brick there would quickly shut progress down. Unless you were an experienced builder, mistakes often meant partial disassembly to restart from an identifiable step. This proved to be the biggest stumbling block for most of the public teams — frustration leads to impatience, and impatience may lead to half-assembled sections reverting to a plastic mess.

If you’re looking for tips: look through the instructions in advance; identify pain points such as the wing-fuselage mounting; assign teammates to separate builds such as the four wings and base; and don’t assemble everything on the provided baseplate. Above all, have fun. 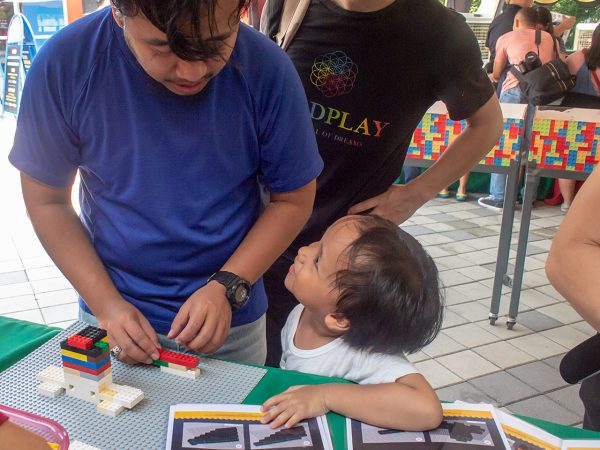 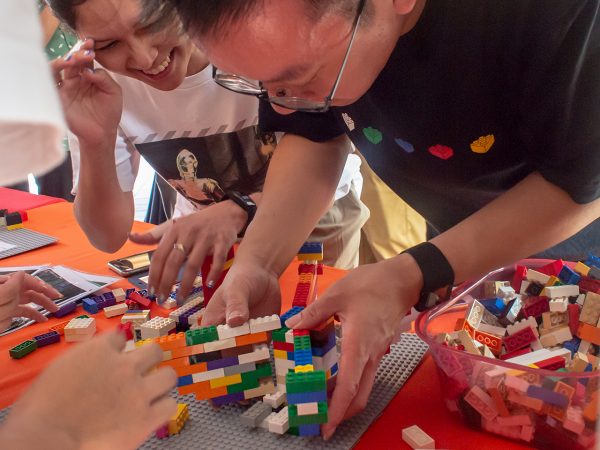 A more permanent fixture at Legoland Malaysia is Star Wars Miniland, an indoor exhibit featuring “more than 2,000 Lego models built to a 1:20 scale using 1.5 million Lego bricks.” For anyone wondering, it took them “almost 8,000 man hours” to create, with their most challenging model being a moving recreation of the Millennium Falcon taking off in Episode IV.

Although nothing new was added for Star Wars Days, they do have a seven-part quiz that will see returning visitors popping back in. Fans may easily answer some of the questions — who pilots the Millennium Falcon on Tatooine or what “AT-AT” means — but for the rest, it’s far more interesting to go through the plaques, signs, and exhibits than to do an online search. 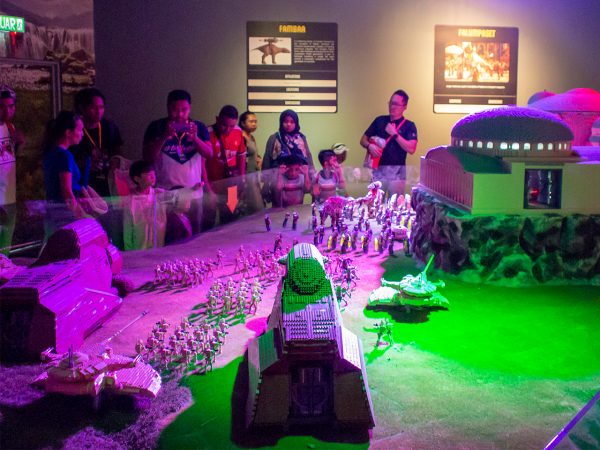 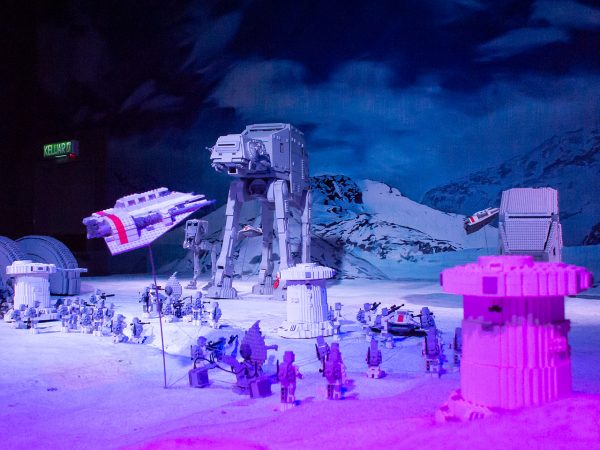 Accompanying that quiz is a scavenger hunt at the outdoor Miniland. Hidden among the beautiful Lego recreations of Singapore, Kuala Lumpu, Cambodia, and other Asian countries are a total of ten “Darth Vader Minilanders.” They may seem tough to find given the stylistic deformations, but there’s no mistaking the helm-and-cape silhouette of the famous Sith Lord. Chances are, once you’ve found the first one you won’t have much trouble finding the rest.

Completing both activities, as detailed in a Star Wars Days brochure, lets you redeem a limited-edition Lego Star Wars Duplo Brick starring everyone’s favorite astromech droid, R2-D2. It’s no BB-8 Lego set but, with the occasion and date printed on, it makes for a nice memento. 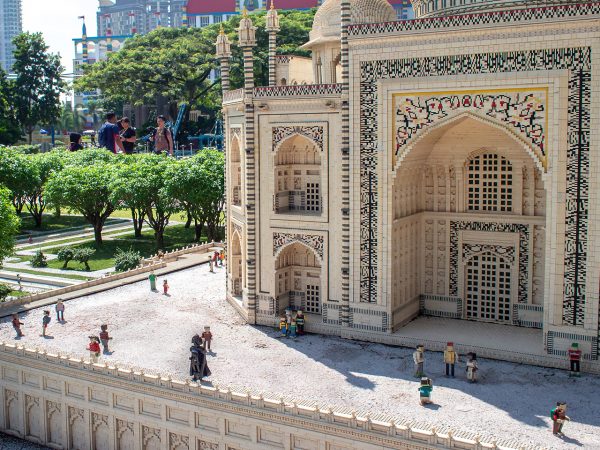 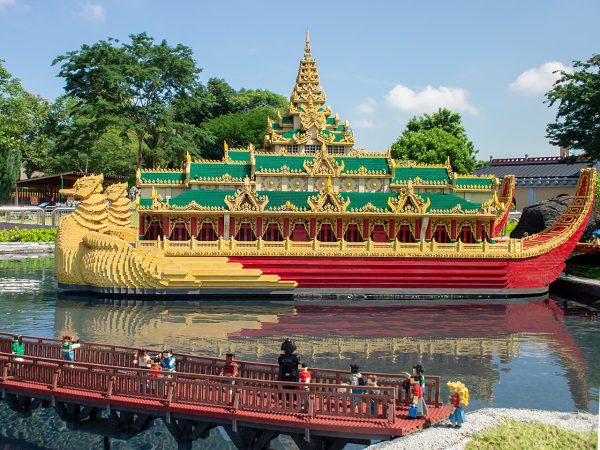 Disappointingly, there isn’t much new in the way of merchandise. We didn’t see the hot new UCS model of the year, the Y-Wing Starfighter (75181), nor were there any new displays at the Lego store. There wasn’t anything promoting the upcoming Solo: A Star Wars Story movie either, though to be fair that is out of Legoland’s hands.

Star Wars Days and, by extension, Legoland Malaysia remains a family-focused stop. It’ll make a good weekend getaway promising plenty of up-close photos with Stormtroopers, rebel pilots, or Vader himself – there even was newer characters such as General Grievous or Kylo Ren — away from the usual Singapore crowd. As a bonus, children ages 3–11 get free entry if they’re dressed up in full Star Wars attire. 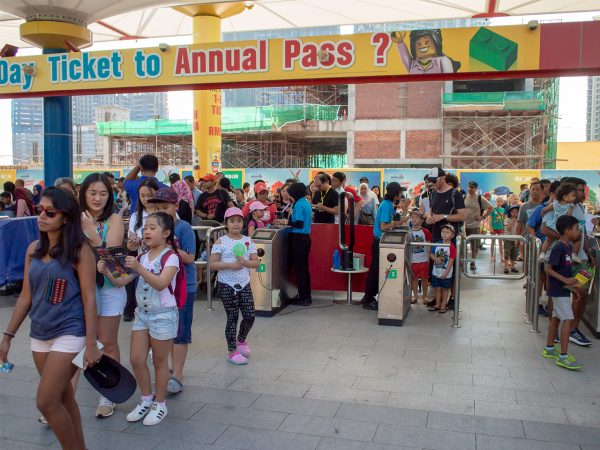 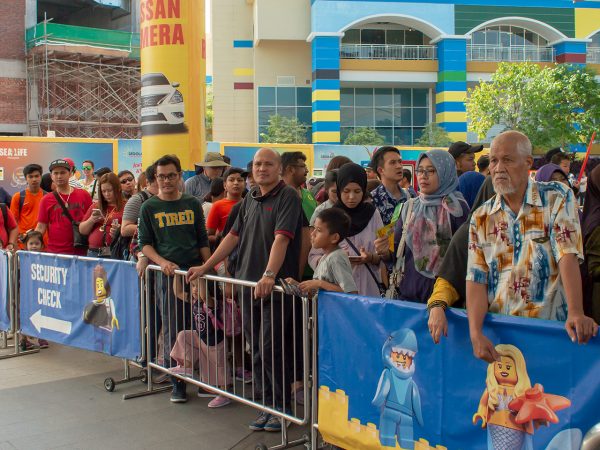 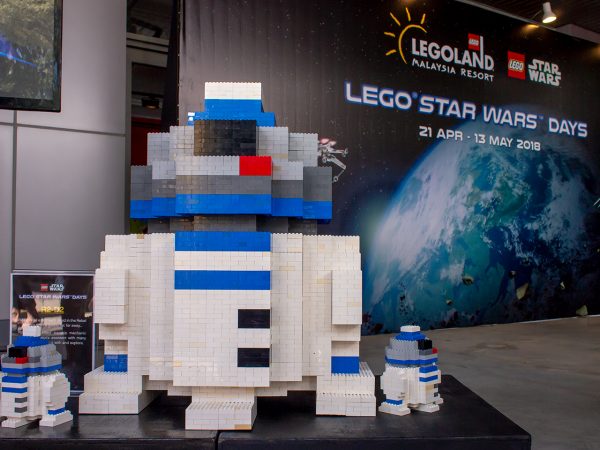 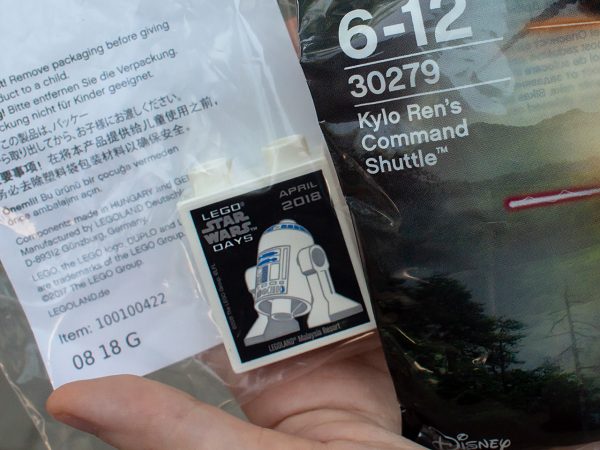 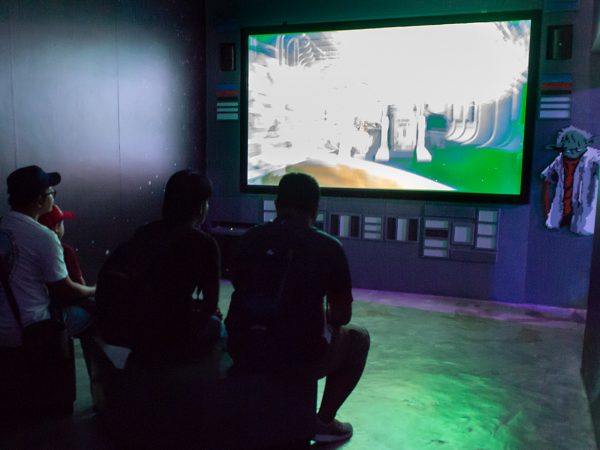 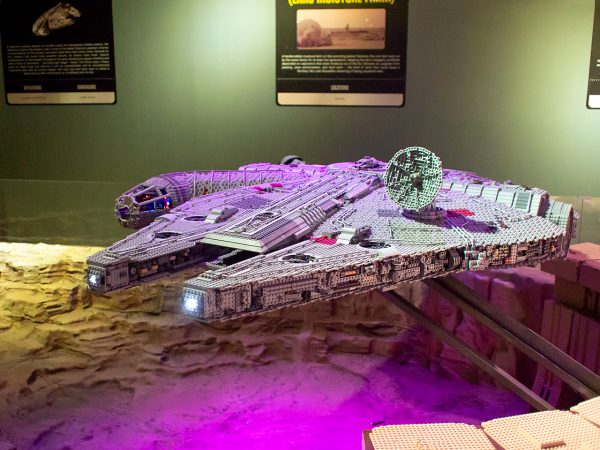 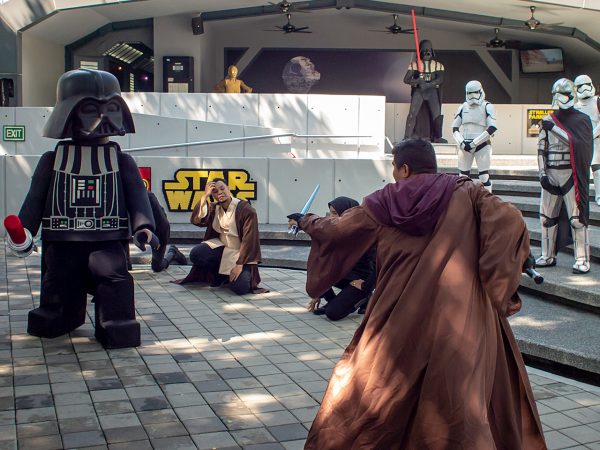 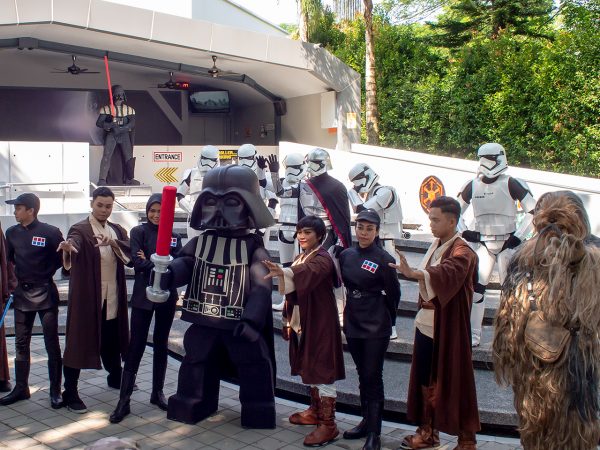 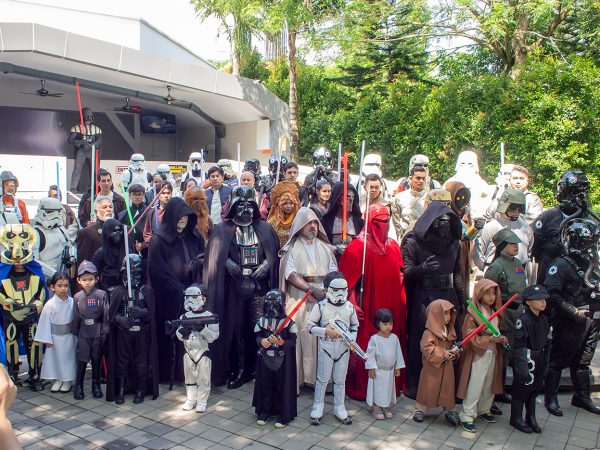 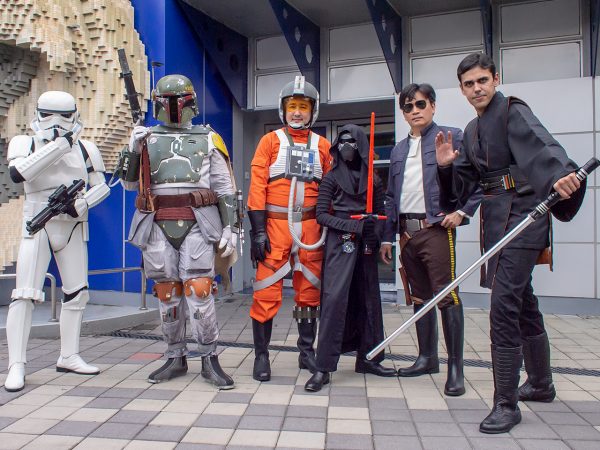 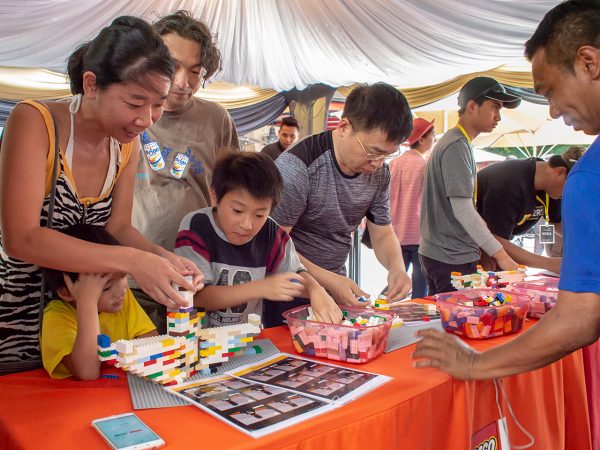 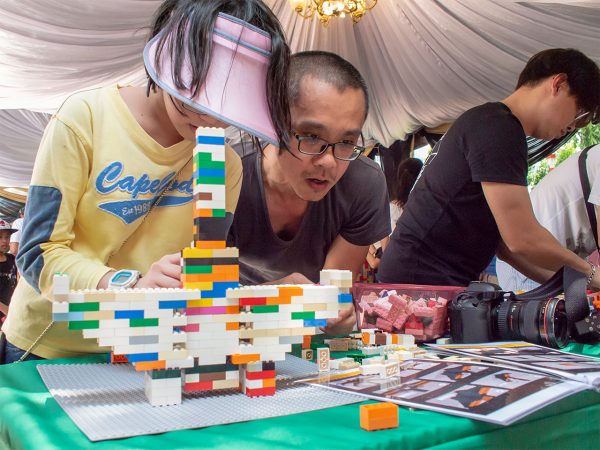 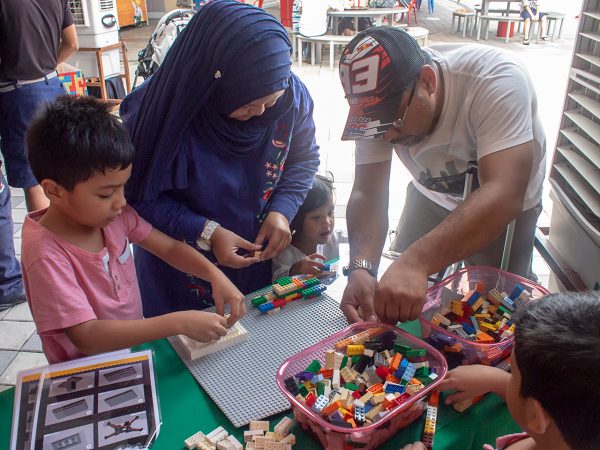 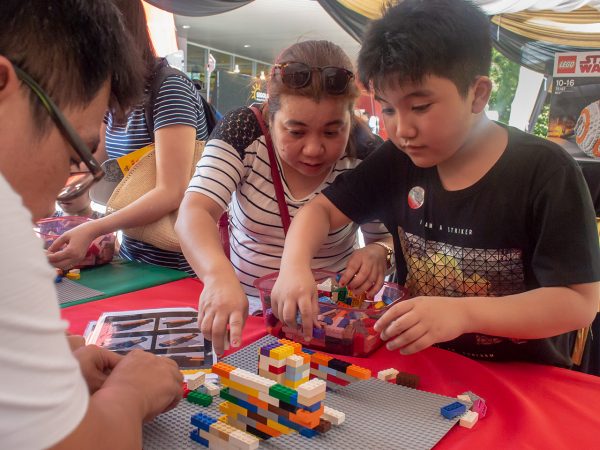 Ade thinks there's nothing quite like a good game and a snug headcrab. He grew up with HIDEO KOJIMA's Metal Gear Solid, lives for RPGs, and is waiting for light guns to make their comeback.
Previous post Why were there 5 versions of Street Fighter 2? Capcom’s new retrospective video explains
Next post Nintendo’s new president: increasing Switch sales in Southeast Asia is a key focus