Home / Breaking News / Sea of Thieves revisited: as bony as the undead

Sea of Thieves revisited: as bony as the undead 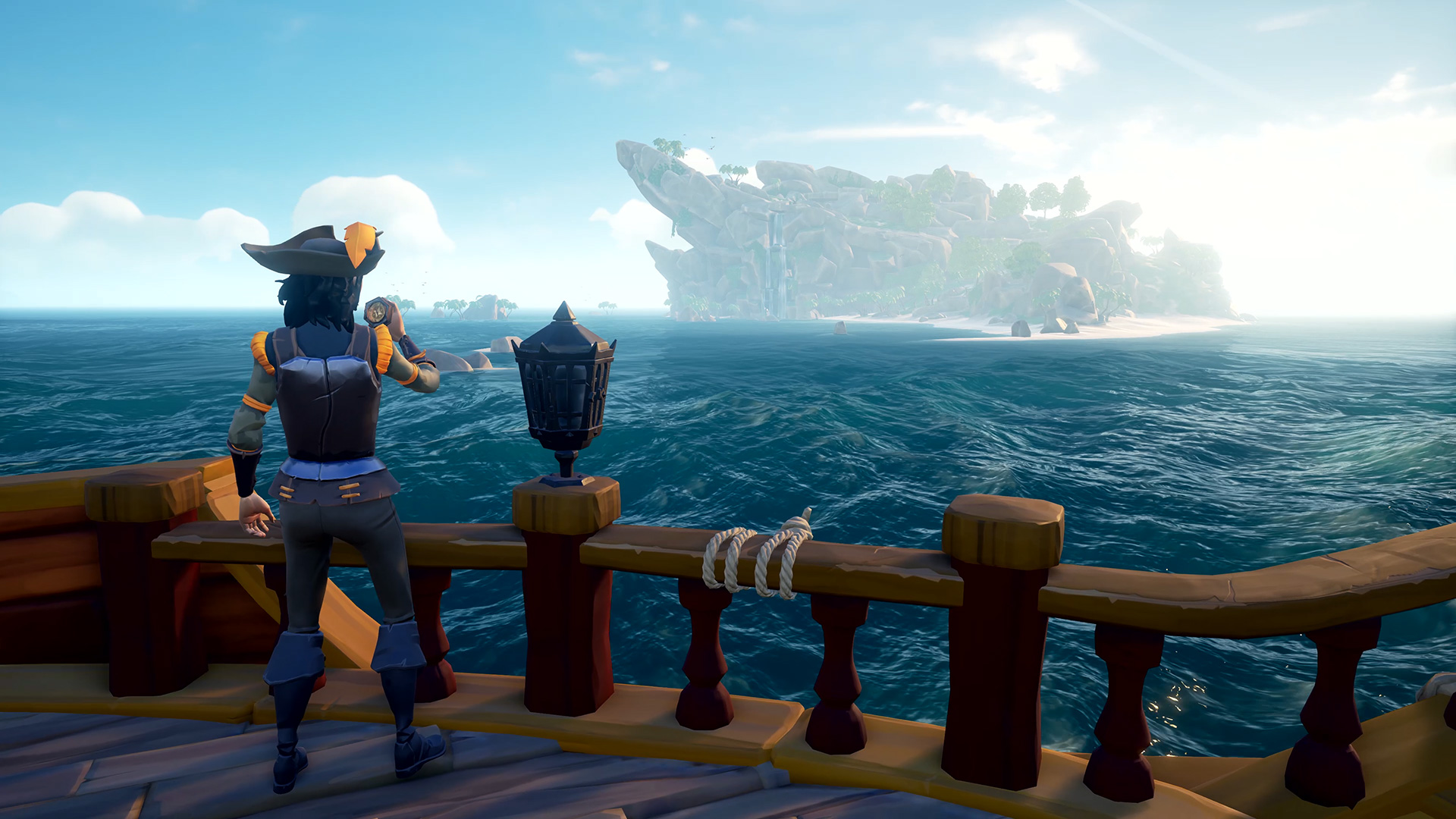 Sea of Thieves saw decent numbers at release as it was part of Microsoft’s Game Pass program, but now that the hubbub has died down we have to ask: what are things like with Rare studio’s pirate baby? To find out, I started a completely new game to see if anything changed, for better or worse, since March 2018.

Picking a huge, bald, and potbellied man, my pirate was all ready to set sail. Whooshing out the tavern I was immediately told to do a quest, which I thought was rather sudden. It’s expected for a beta to be barebones, but it looks like the full game didn’t end up that much different.

With no story set-up and a barely-there tutorial, I was quickly thrown into the deep end of things. I think Rare could definitely do a better job at introducing the world to newbies, because it isn’t obvious what the game is all about in the first place. With dwindling player counts, that’s becoming even more important.

Playing solo is, just as I expected, not much fun. It runs smoother and looks cleaner than the beta, but the same gameplay cycle is still present and unchanged. Even so, the performance improvements may just be because I’ve upgraded to an Xbox One X since then.

Sadly, time hasn’t been kind to Sea of Thieves. I played for hours before seeing another dinghy, which quickly sailed away without so much as a wave or a cannonball. Perhaps the always-on PVP has taken its toll on the community, but the few players I came across all seemed determined to stay away from each other. Not much pirating to do when you’re all alone at sea.

The ocean is a mighty big place, which makes the emptiness from a lack of players keenly felt. As good as the sea looks, I really miss having a ton of other boats – friendly or hostile – sailing by. Sea of Thieves now feels like a matured version of Zelda’s Wind Waker, minus all the personality.

Rare’s plan of constant updates doesn’t seem to be working so far; The Hungering Deep didn’t really make that big of a splash outside of the unwavering, hardcore Sea of Thieves players. Rare’s intent to alter the game world with each update does seem enticing, but the game’s biggest problem is in the present. The low player count is severely hampering efforts to enjoy the game, as the world was meant to be massively populated from the start.

Perhaps things would have been much better had they made single-player content for Sea of Thieves. That way, at least solo players would have a reason to stay and continue, and when there are enough solo players around they’d maybe even start grouping up.

There’s no doubt that Rare will soldier on with their planned content updates, and there are quite a few scheduled for the rest of the year. Hopefully they will have a bigger and better impact, for both the players and the game itself.

Sea of Thieves is out now for PC (Win 10) and Xbox One.
Part of the Xbox Play Anywhere program.

Sal's just your average hardcore gamer. He started gaming on the NES in the 80s and has been ever playing since. Sal doesn't care about which platforms games are on, only that he wants to play them all!
Previous post Halo: Fireteam Raven Hands-on Experience
Next post Netflix delivers big moments and surprises to Manila’s Asia Pop Comic Con