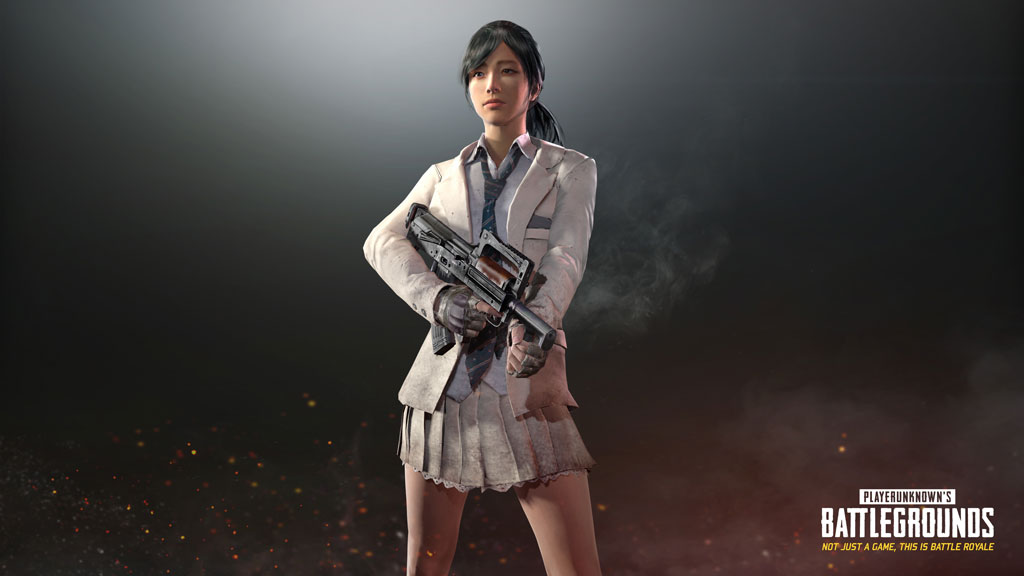 PUBG is innovative and infuriating and everything I imagined. I actively avoided it when it first came out due to a looming major test and my proven lack of self-control for new games, but when I saw my friend yell at his screen I couldn’t resist trying it out and then I understood his reaction.

24 hours in and countless combinations of solos, squads, reddit discords, and FPPs with no chicken dinners in sight have led me to one conclusion: I suck. But it’s okay, it’s okay, because I’m a girl. It’s interesting how it has shifted – it being the fact that no one jeers anymore at the fact that you’re female and therefore it means you must be horrible at games, and has now moved towards a positive-only environment.

I’m not complaining. I relish the fact that we now live in a world where we can sniper hunt people by offering up our Snapchats. It’s a fun perk, along with the salt. (You’ve got to love the salt!) The discrepancy in the treatment of different genders used to bother me, but why should it? I get to lure boys to Pockinki and my friends pick 2 people off before I even line up my shot. It’s only fun when you win and I’m using everything kosher I have to make sure that happens. Wouldn’t you?

The thing is, if you’re male and you play badly amongst strangers, assuming patterns are the same throughout all other cooperative games, you would probably find yourself alone after the game ends, as everyone else leaves. The moment you make your girly voice heard though, after the initial gasps and intonations of surprise dotting their greetings, only encouragement follows suit. When I make a mistake, there is only silence.

Strangers won’t call you out – only friends will. I had a professional CS:GO player teach me to switch mouse sensitivities for cleaner aim. With that, I graduated from 0 kills to 2 kills per game. I can only improve if you tell me how lousy I am.

Conversely, and I can’t say this for PUBG but rather for SF4 which I’m somewhat decent at, when a girl wins, the salt that goes around is enough to season all the fries in the world. The win is exaggeratedly celebrated or downplayed. There is nothing special about knowing your bread and butter combos in fighting games, really. It’s political because now it’s about representation. I get it, it’s important, but to be honest all I want to do is play some games and win.

This different treatment of girls in games honestly doesn’t bother me right now because it only benefits me – I get let off easier when I’m bad and bask in the salty air when I’m good. Is the current environment conducive? Sure, if you’d like to breed deadweight special snowflakes whose gender is the only thing they can offer. How do you think this is going to impact the gaming landscape in the future if a group of people are allowed to get away with not needing to improve, even if it’s something as simple as a game?

Why are we even talking about this? At the end of the day, let’s just go mute lobby sounds together before getting killed in PUBG.

*’Sam Says’ is our new monthly opinion piece by Samantha Lee, and covers a range of topics pertaining to women in video games.

I'm better at games than I am at writing, I think.
Previous post The Monster Hunter: World PlayStation 4 Pro is the PlayStation 4 Pro we all want
Next post Impressions — Forza Motorsport 7 a proper next-gen leap for the series