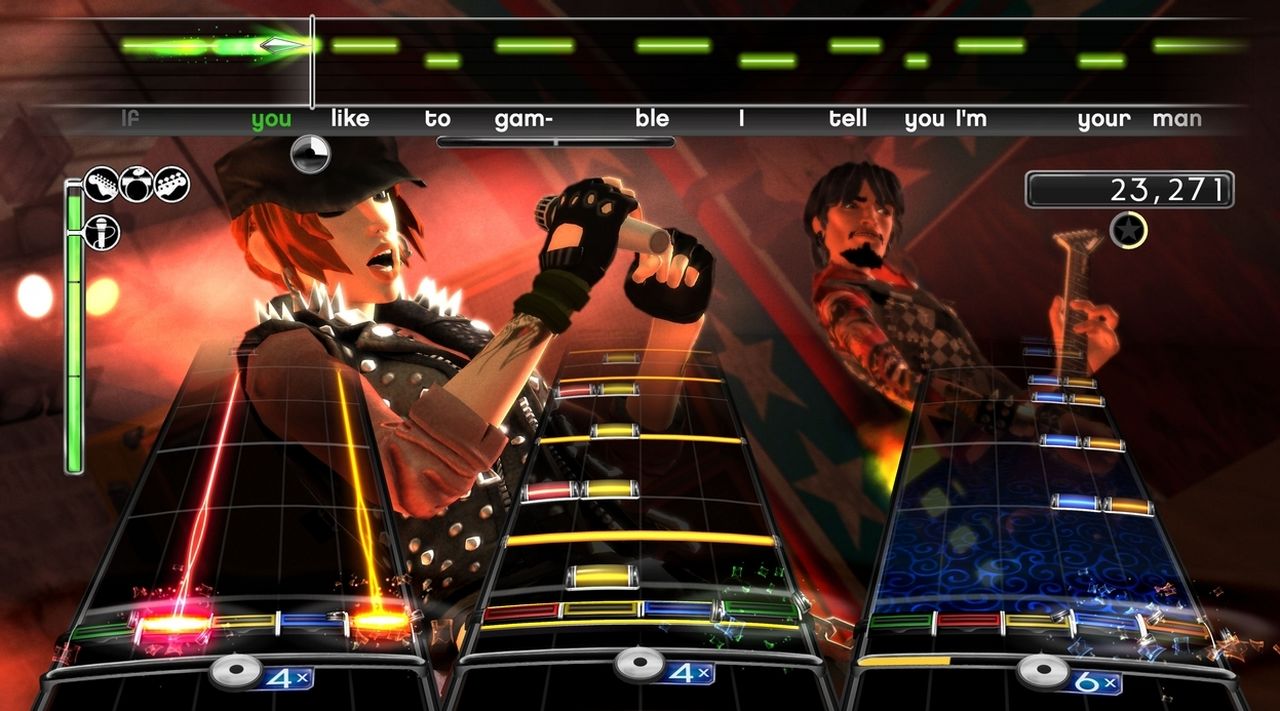 It came in a big box. In it, were the drums, the guitar and the USB microphone. It was 2007. The plastic band era had begun. It was a hit the moment we set it up. We could finally sing and jam with our favourite popular hits. It was as real an experience as playing real instruments, something actual musicians would scoff at for years.

Harmonix’s DLC Streak on Rock Band lasted 281 weeks or over five years since 2007, pushing out new content on a weekly basis.
At the point when future releases ended, there are 4,253 songs on Rock Band, including 2,116 off the Rock Band Network.
There are over 1,200 artists in the full Rock Band setlist and over 130 million songs have been sold.

Harmonix, true to their words earlier this year, announced the end to its long streak of weekly DLC and any future support for it this week, very likely signalling the end an era, much after Activision called off development of future Guitar Hero games.

Rock Band brought the band experience to households, using avatars to represent you and your gang in your very own band you named yourself. You stepped up the gig roster and global leaderboards as you get better and better rapping on the five keys, before challenging the full setlist as a gig on its own. The use of social media online allowed players to post their activity and scores online, improving upon itself as character customisation was more in-depth in the later games.

Red Octane and Harmonix did develop Guitar Hero first in 2005, but even than Konami already had GuitarFreaks on PlayStation, with Harmonix themselves having worked on rhythm games such as Frequency, Amplitude and Konami’s own Karaoke Revolution. Soon, the general idea clicked and Harmonix developed the full “plastic band” game.

One key part of the Rock Band experience is the expansion of the possible songs one can obtain for gameplay through DLC. Songs went for US$1.99 to cover licensing costs, but Rock Band stood committed to this marketing model eventually churning DLC on a weekly basis. Rock Band was also backwards compatible to the earlier games to import music and the use ofits own instruments, as well as those from other plastic band brands, eliminating the need for consumers to get a new axe just for sequels.

But soon, the volume dialled down. Folks weren’t willing to pay for fake instruments to pretend to play a song during an ailing economy around 2009. The sudden rush of similar titles to oppose Rock Band, like DJ Hero, RockSmith, Band Hero and the very expansions and spin-offs of Rock Band and Guitar Hero themselves saturated the rhythm game genre more than consumers wanted, and sales of such games declined over the two factors.

The third installment of the game tried to add spice to the genre. Working with peripheral guru MadCatz to develop Pro instruments. Rock Band‘s optional true-to-life MIDI-compatible instruments brought full-chorded guitars, keyboard and drums and offered players to learn playing instruments as real ones, following the notes true to the chords and beats of the original song. Despite its dwindling sales, and the financial losses and sale from parent company Viacom, Rock Band still stood its ground. Harmonix went on to create Dance Central for Xbox 360 Kinect as motion-based dance and fitness games grew in popularity, soon fighting with Ubisoft’s multi-platform competitor Just Dance. Harmonix also released Rock Band Blitz in August 2012, a casual rhythm game title capable of exporting and importing of downloaded tracks from and to Rock Band 3

The future of the rhythm game is yet unknown in the closing chapters of the current game console generation. Harmonix may have ended DLC releases and support for one of the world’s most best-selling franchise, but I don’t think they’ll stop there, nor will the rhythm game genre die. Until we envision the full capability of the PlayStation 4, the next-generation Xbox with Kinect and maybe even the Wii U, the music will end, for now.