A recap on Ubisoft Singapore’s involvement with Assassin’s Creed 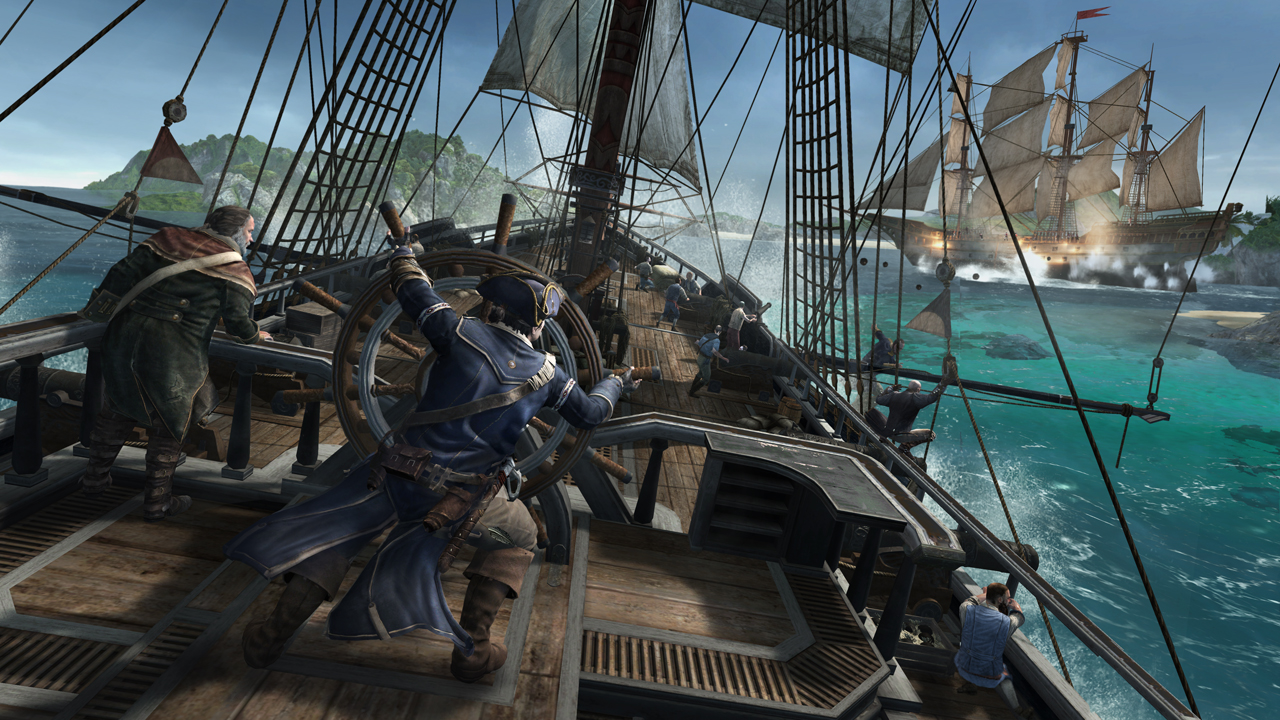 Paul Fu, Lead Designer at Ubisoft Singapore, held a brief workshop at the National Design Centre on 2 May, Tuesday, as part of Voilah! French Festival Singapore 2017. The topic that evening was Assassin’s Creed, specifically “Discovering the Tech Behind the Waves” – a primer on how he and his team handled development for the series’ naval combat.

The workshop was geared towards the general public and thus, easy to digest. It began with a reminder that the American Revolution, the historical setting used in Assassin’s Creed III, took place at sea as much as it did on land. Eventually, it was Ubisoft Singapore that received the mandate to work on the former. As Paul puts it, they had to “build an ocean from scratch”.

Thankfully, the technical aspect wasn’t completely absent. We don’t often get to see video game development outside of curated behind-the-scenes videos or developer-targeted panels, so it was encouraging to see Paul going through step-by-step examples of what exactly they’ve accomplished. In short, they created a system that could dynamically generate waves – peaks, foam, and all – to reduce the manual workload of their artists. They even adjusted wave conditions according to the Beaufort scale, devised in 1805 to help naval officers standardize wind speeds.

The other half of the battle were the ship themselves, not only in terms of modeling and design but also physical interaction. Here, they tackled water displacement first before figuring out how to achieve buoyancy. The latter had to do with 12 spheres attached to the ship’s skeleton, acting as a series of floats.

Putting those two together convincingly was something Ubisoft Singapore struggled with for some time. They made the ship’s sails flap in the wind, set the rigging to sway about, and programmed water to splash onto the prow – all visual enhancements to make the scene more believable. While these and more did help, it still wasn’t enough to capture the sense of speed.

The solution lay with the in-game cameras. By smartly utilizing delays, multiple camera set-ups with different field of views, and fine-tuned rolls, the team could sell the idea that the player was hurtling through rough waters at various speeds.

Other fun tidbits Paul shared at the workshop included how they sped things up to suit video game tastes. The water simulation ran at 1/300 speed for a more visually compelling scene and that they stuck with calm waters for all their cinematics. Additionally, cannon reload speeds were originally 12 seconds long before getting shaved down to 10 for release. By comparison, an actual cannon reloaded by a trained team — on land, nonetheless –  would typically take two minutes.

And yes, they referenced the amazing Peter Weir movie ‘Master and Commander: The Far Side of the World’ heavily during development.

Unfortunately, Ubisoft Singapore couldn’t get all the features they wanted in time. The naval segments were restricted to certain missions and enemy ship boarding was interspersed with a cinematic. It was only after they handed the tech to Ubisoft Montreal for Assassin’s Creed IV: Black Flag did those two features become seamless aspects of the experience. The compromise, explained Paul, was in the quality of the water simulation. (Not that many minded – Black Flag turned out to be one of the best games in the series.)

Ubisoft Singapore continued their streak with the next release, Assassin’s Creed Rogue, where they primarily worked on updating the snow technology as well as developing the arctic environments’ ice sheets, icebergs, and icebreaking mechanic. They were also heavily involved with the forts and underwater segments among other things.

If you found all that interesting then be sure to visit Ubisoft’s The Art Behind The Game exhibition at the National Design Centre, celebrating 10 years of Assassin’s Creed – how time flies. It runs until 25 May 2017 and entry is free. 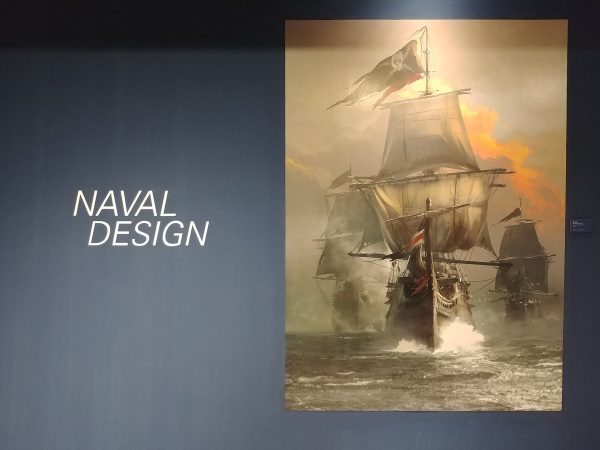 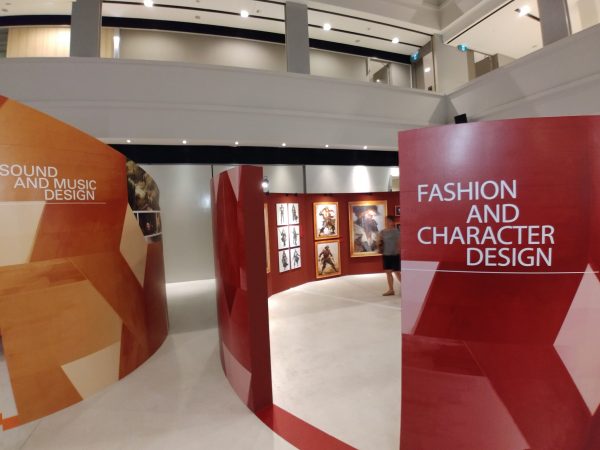 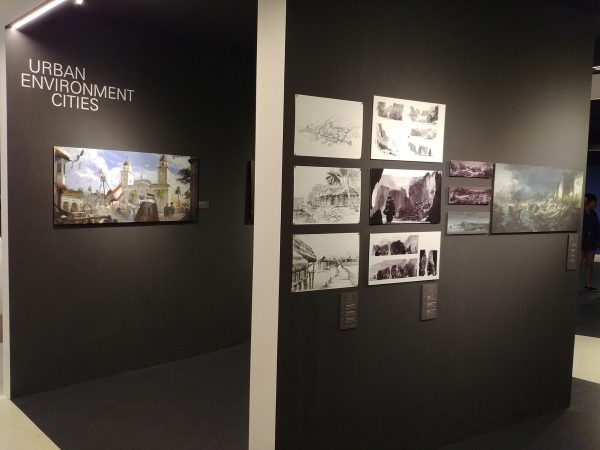 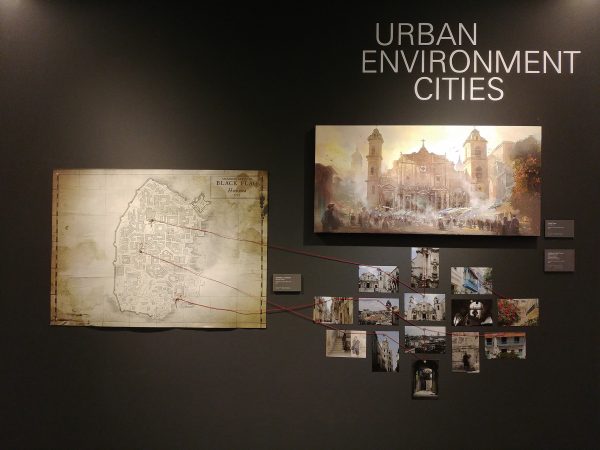 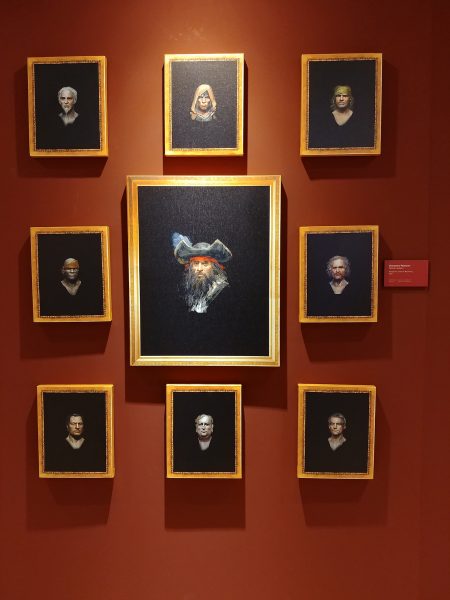 Ade thinks there's nothing quite like a good game and a snug headcrab. He grew up with HIDEO KOJIMA's Metal Gear Solid, lives for RPGs, and is waiting for light guns to make their comeback.
Previous post NVIDIA Singapore reaches out to fans with mini event
Next post Classic Star Wars games on offer in GOG.com sale