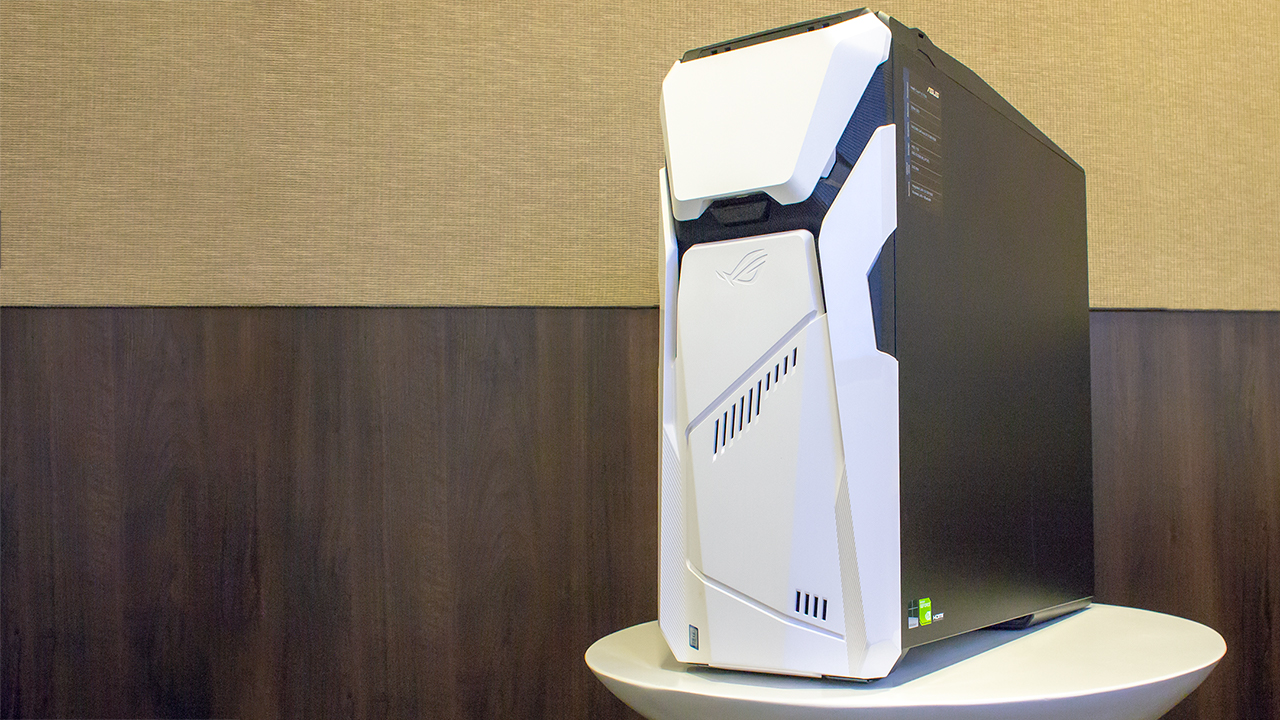 With May being the month for Star Wars, here’s one PC that has everyone who’s seen it thinking, “Stormtrooper”. The ASUS ROG Strix GD30 was first announced in March 2017, turning heads for its striking monochrome design. The white panels mounted onto the black chassis readily dredged up memories of the Galactic Empire’s enforcers, especially with the addition of those cosmetic grills.

Yet what made the GD30 even more interesting was the fact that those two panels could be removed. Piece by piece, owners could strip off its armor to reveal the textured patterns underneath, a gorgeous contrast to the smooth white that came before. 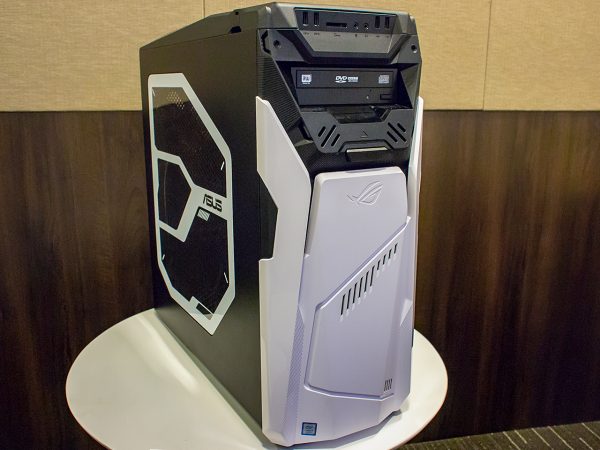 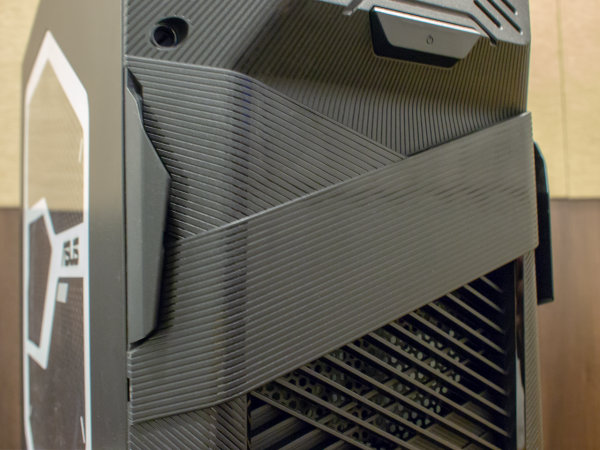 The whole idea behind it is user customization, matched by the interior Aura RGB lighting. Owners who want to give it a personal spin can even download a layout of the front panels to base decal designs on. As for hardware, ASUS ROG have offered plenty of room for upgrades, accommodating up to eight storage drives (six 3.5-inch trays and two 2.5-inch) and mounting space for a liquid cooler’s dual-fan radiator.

The case isn’t smooth all around, though. At the top you’ll find some lightly textured patterns that push the sci-fi aesthetic. You’ll also notice a pair of mysteriously large holes along the top’s sides — it’s an alternate mounting point for the smaller plate so you have easier access to the front I/O panel. Unfortunately, this configuration doesn’t look as attractive as the default, and having to physically remove the panel, as opposed to a hinged version, simply makes it annoying. 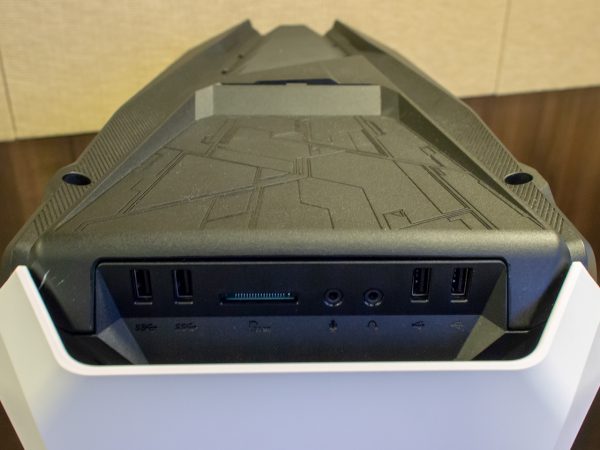 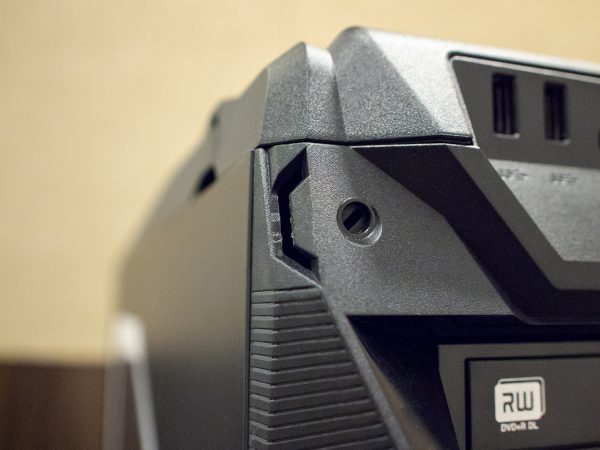 Taking a closer look at those ports, we have a pair of USB 3.1 Gen 1 ports, a pair of USB 2.0 ports, jacks for headphones and a microphone, and finally a six-in-one card reader.

Our ASUS ROG Strix GD30 was equipped with a 7th-gen Intel CPU and an Nvidia GeForce GTX 1080 GPU, plus 32GB of DDR4 memory, a 1TB HDD, and a 512GB SSD. It’s great to see that it comes with an optical drive, too, though it is DVD only.

You can find out more about the GD30 over on its official page, including a closer look at the bundled software the ASUS ROG brings.

Ade thinks there's nothing quite like a good game and a snug headcrab. He grew up with HIDEO KOJIMA's Metal Gear Solid, lives for RPGs, and is waiting for light guns to make their comeback.
Previous post Square Enix will hold a conference for E3 2018
Next post SNK’s NEO GEO mini officially revealed, will have Asian and International models