PSX SEA – PlayStation Asia’s next big leap for the region 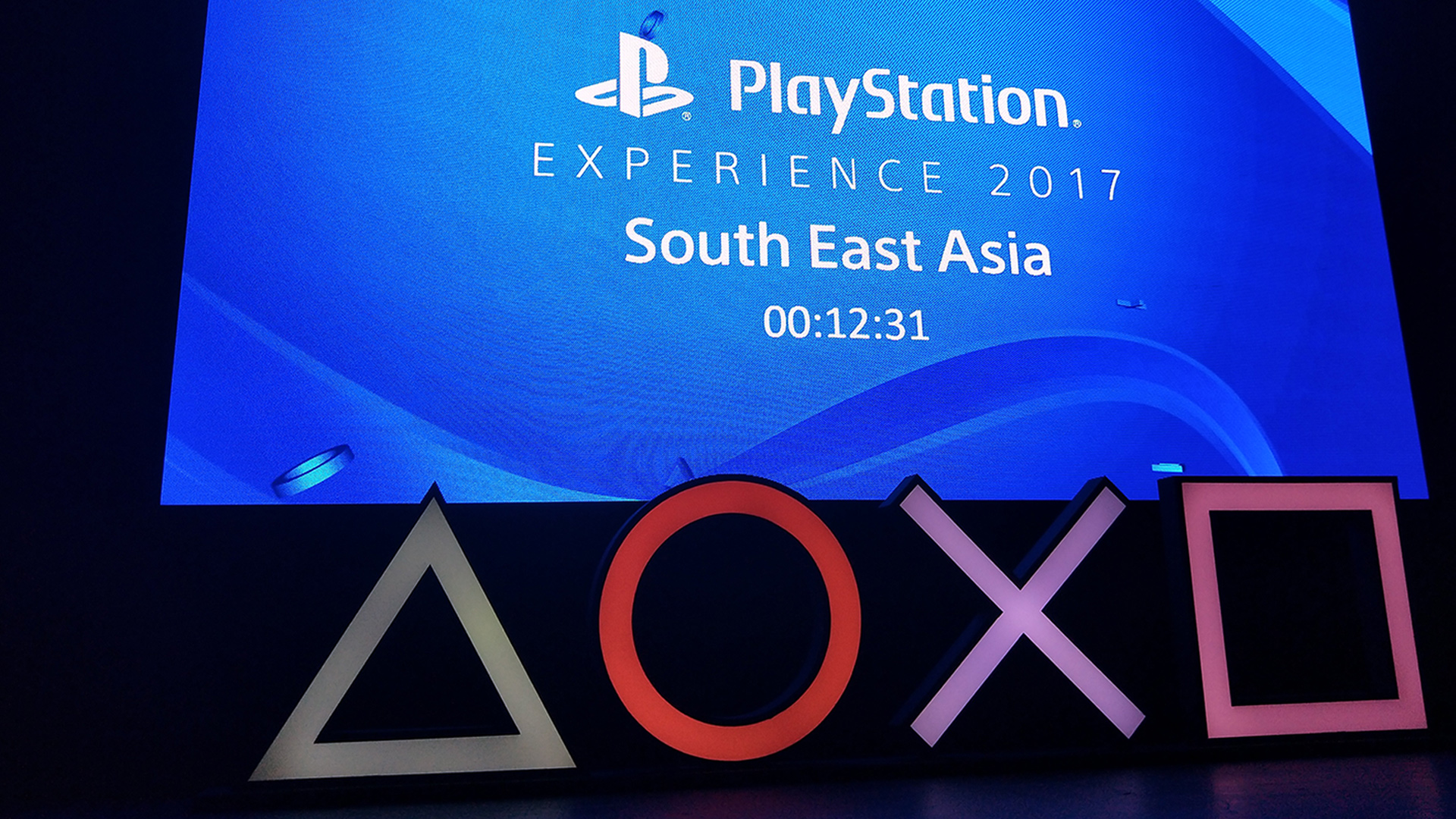 If there’s one thing the inaugural PlayStation Experience 2017 SEA (PSX SEA) proved it’s that gamers in the region are starved for content. Held for just one day in Kuala Lumpur, Malaysia, PlayStation Asia’s premier event saw queues snaking up to four full blocks away from the venue, attendees braving the heat and toll of time to see some of the latest titles from this year’s E3.

Branded as the region’s counterpart to PSX North America, PlayStation promised both hands-on time as well as developer presentations at the two-story venue. From industry heavyweights such as Monster Hunter: World and Gran Turismo Sport to homegrown indies Stifled and Masquerada: Songs and Shadows, visitors were treated to an electrifying mix of games that appealed to various tastes – provided they could get in, that is.

Just a portion of the queue by noon, directly outside the venue.

In an unsurprising turn of events, the turnout far surpassed the venue’s capacity. Drawing comparisons to Singapore’s own gaming convention, GameStart (in that event’s inaugural year, at least), attendees had to endure hours of waiting outside only to resume queuing inside. While that was something to be expected, we were concerned whether many had made the trip in vain; Kuala Lumpur is not exactly a short trip for everyone in Malaysia, after all, and the long queues that were still present by mid-day had all vanished a few hours later.

Nonetheless, we found the overall sentiment to be positive both online and on the ground. For them, PSX SEA was a show of recognition they’ve long deserved – the E3s and Gamescoms of US and Europe are but a distant dream (it’s a huge tell that there were no Western developers at PSX SEA), and not everyone can attend Tokyo Game Show or PAX Australia in this side of the world. For once, the industry was coming to them. 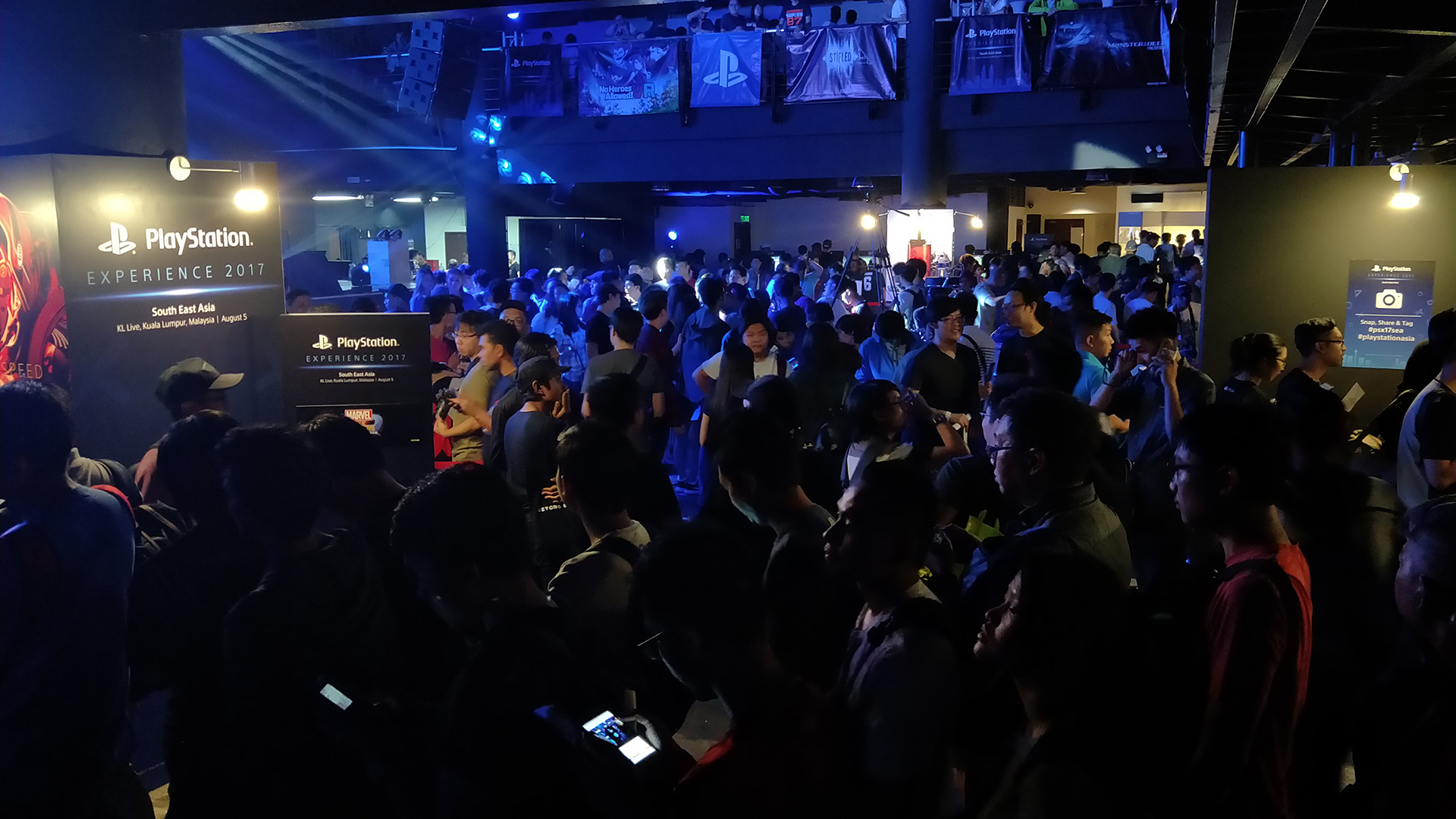 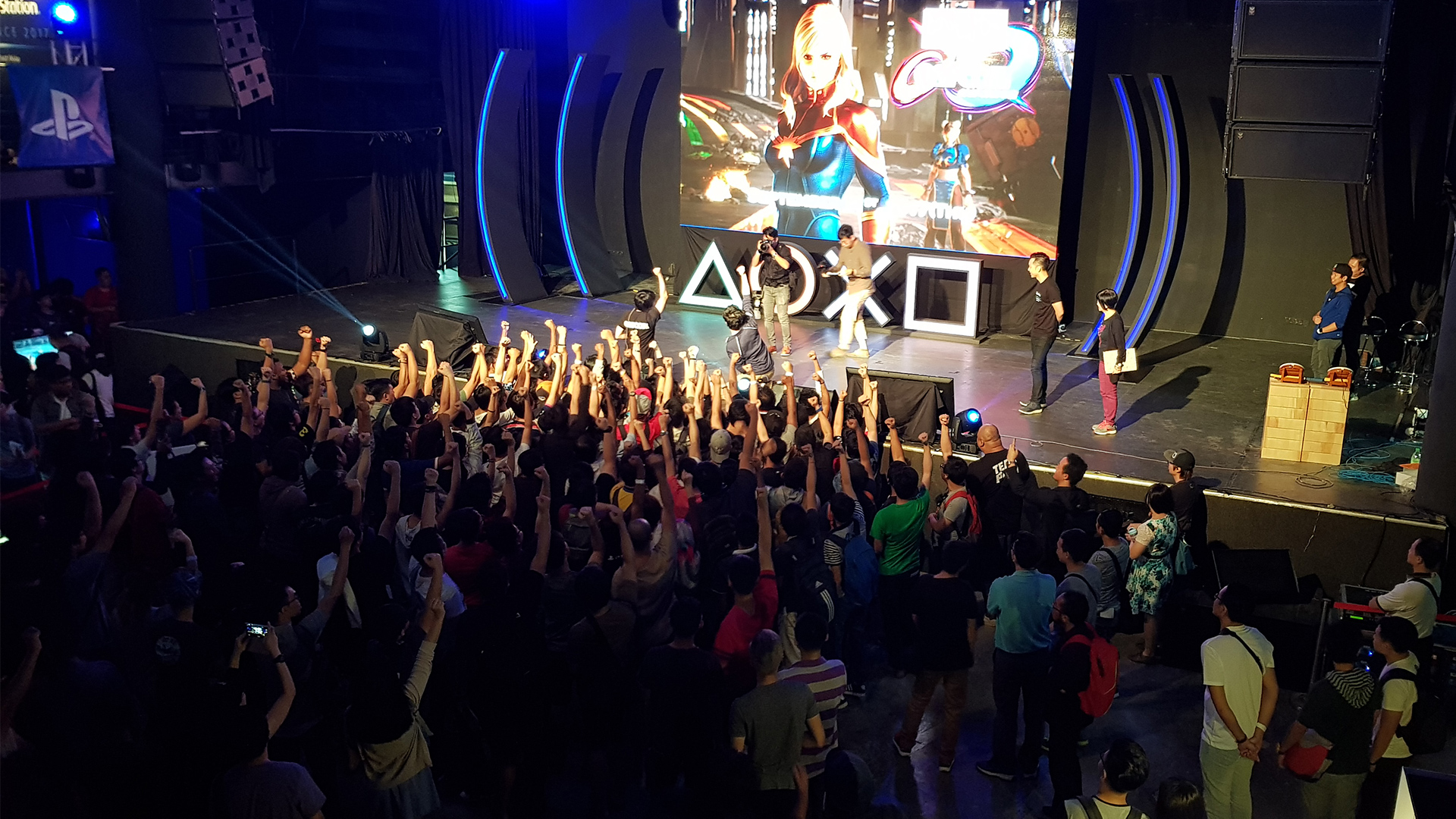 And what a show PlayStation Asia pulled off. As exciting as it was to see or try the featured games first-hand, the clear highlight of the show was the developer meet-and-greets. For some, this was the opportunity of a lifetime. The legendary Gran Turismo creator Kazunori Yamauchi was accompanied by Monster Hunter producer Ryozo Tsujimoto. There to receive a warm homecoming was Wan Hazmer, the Square Enix designer who introduced a dash of local flavor to Final Fantasy XV. Even fighting game fans were treated to the charismatic duo of Tomoaki Ayano and Kansuke Sakurai, the Promotions Producer and Assistant Producer – “PPAP!” they enthusiastically claim – for Capcom’s Marvel vs Capcom: Infinite. Photos, selfies, and autographs abound. 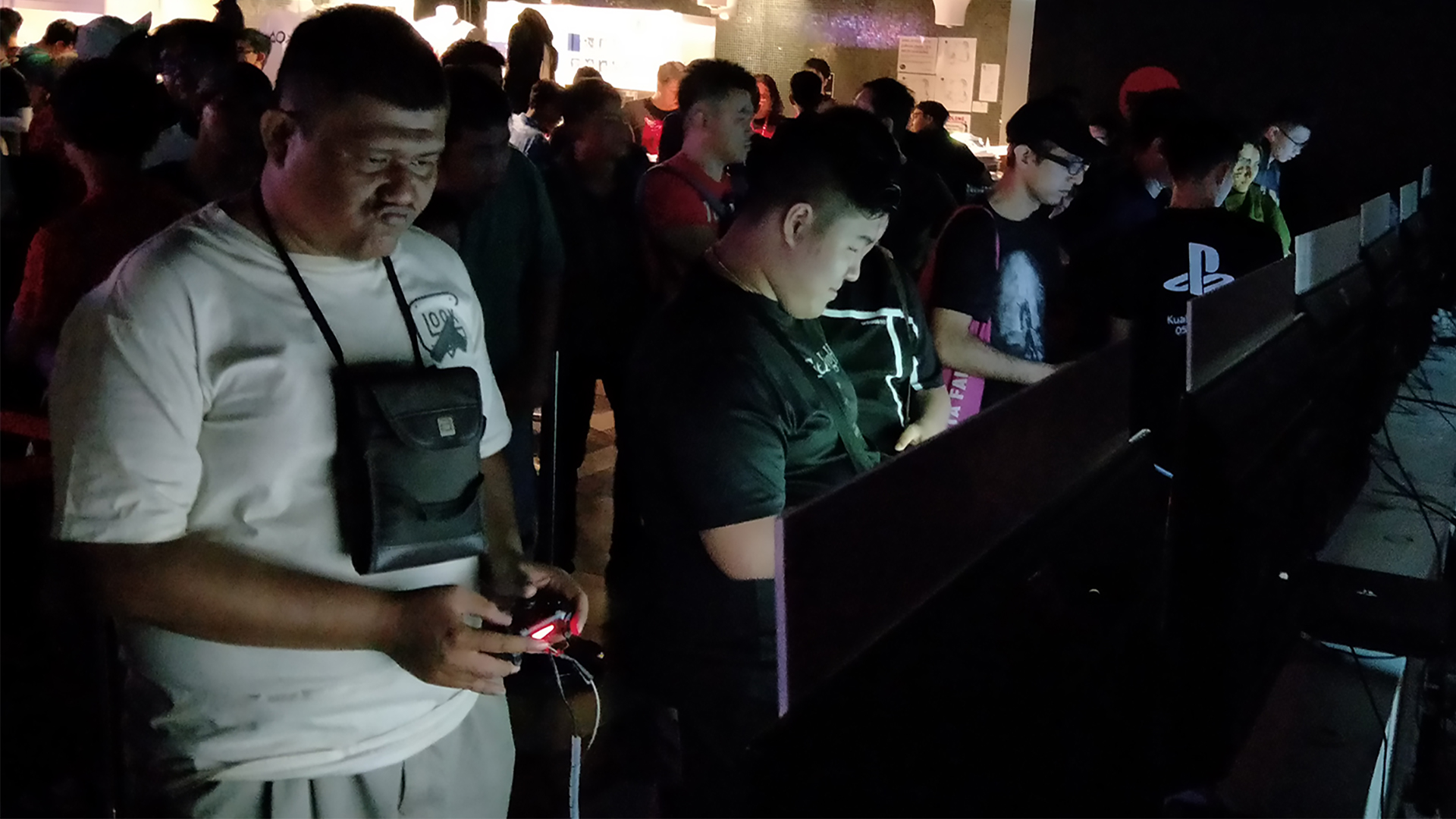 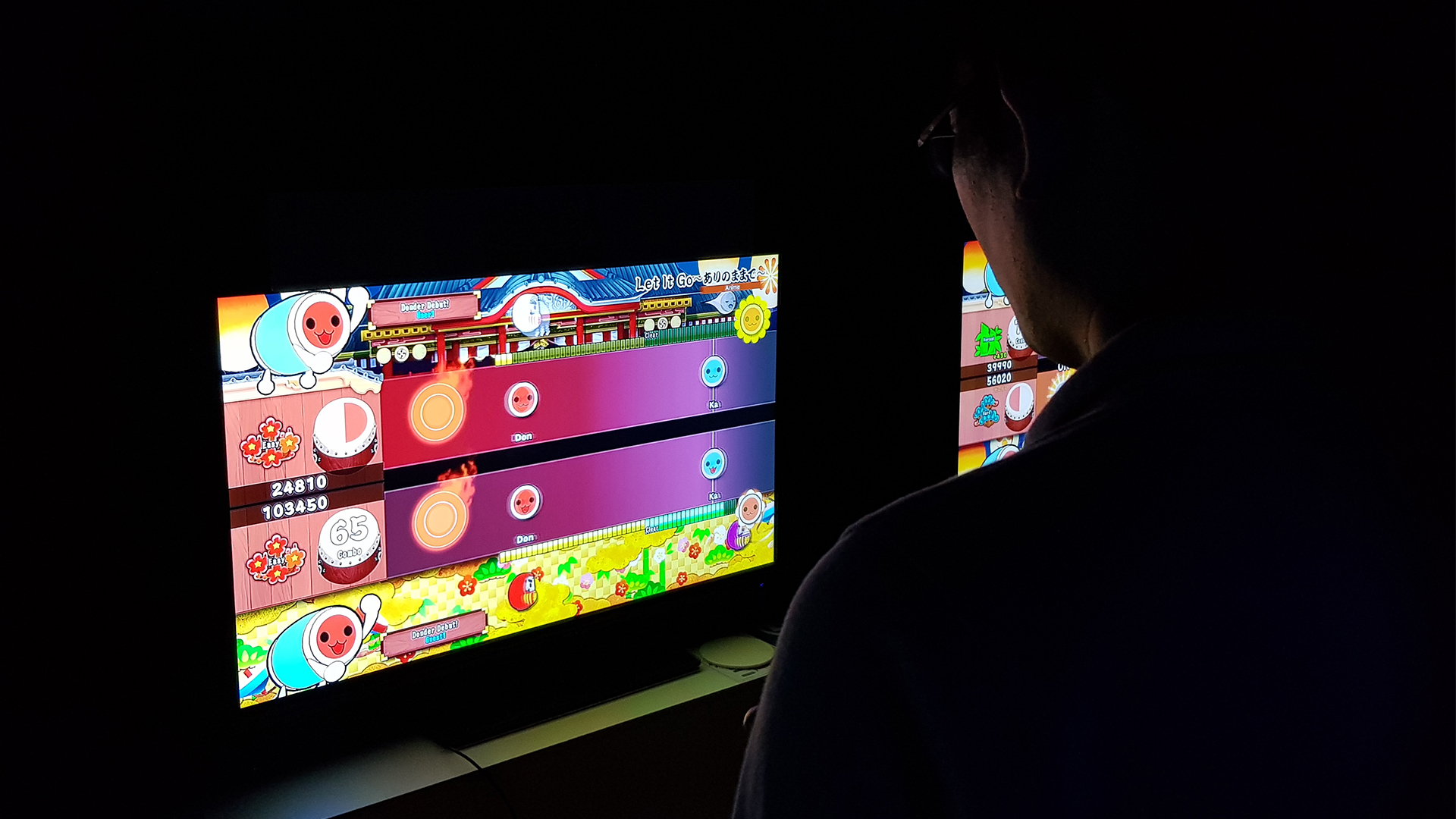 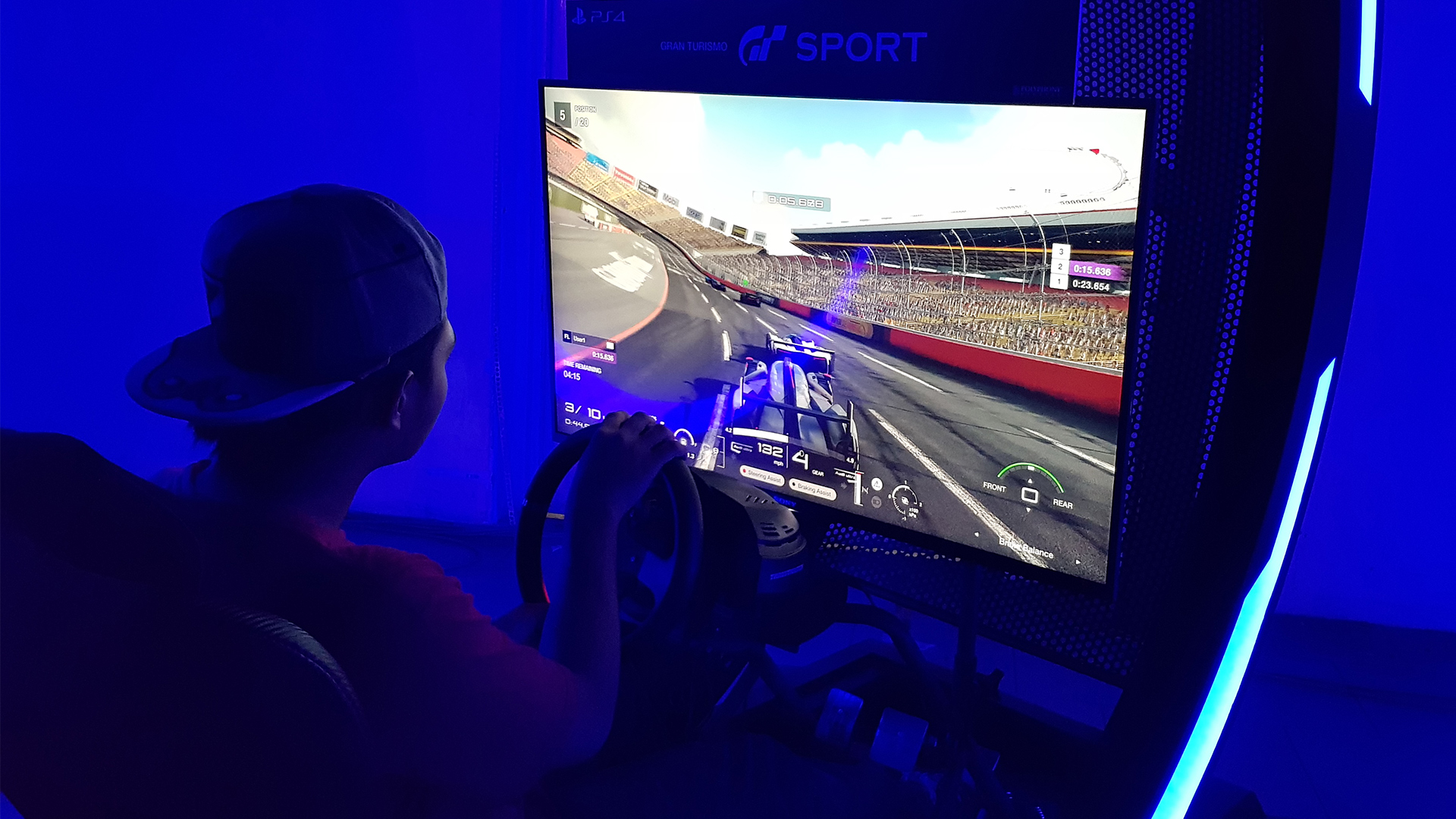 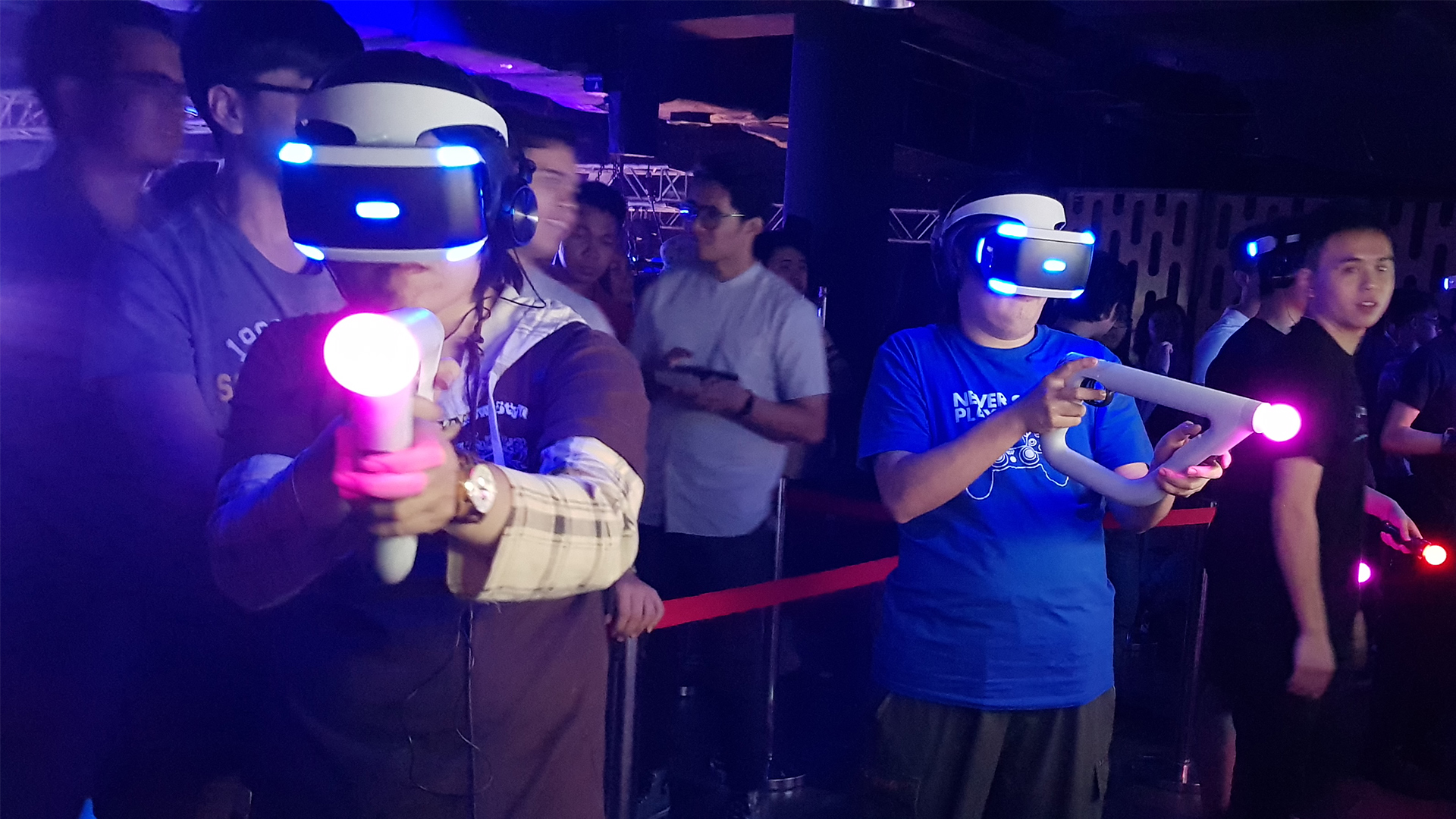 In the shadows of the main stage lay the various demo stations available, and we mean that quite literally. The one major criticism to be had of the show floor was how preposterously dark it was, which combined with the roving stage lights to blind anyone unlucky enough to face its way. It made descending staircases more exciting than it should have been, but more critically it made finding and reading the scarce few signs unnecessarily hard. This was particularly tough on showcases such as Gattai Games Stifled, tucked away in a corner that’s easy to miss.

On the bright side, the games there were all worth trying for various reasons. GT Sport was the definite eye-catcher with its racing pods, whereas Taiko no Tatsujin: Drum Session! takes the prize for being the most entertaining. On the virtual reality front, horror experiences Stifled and The Inpatient drew lines of curious gamers all the way till closing, while co-op shooter Bravo Team exhibited signs of being the next big PlayStation VR mover. All that is on top of demos for anticipated titles such as Far Cry 5, Dissidia Final Fantasy NT, Ni no Kuni II Revenant Kingdom, and much more. 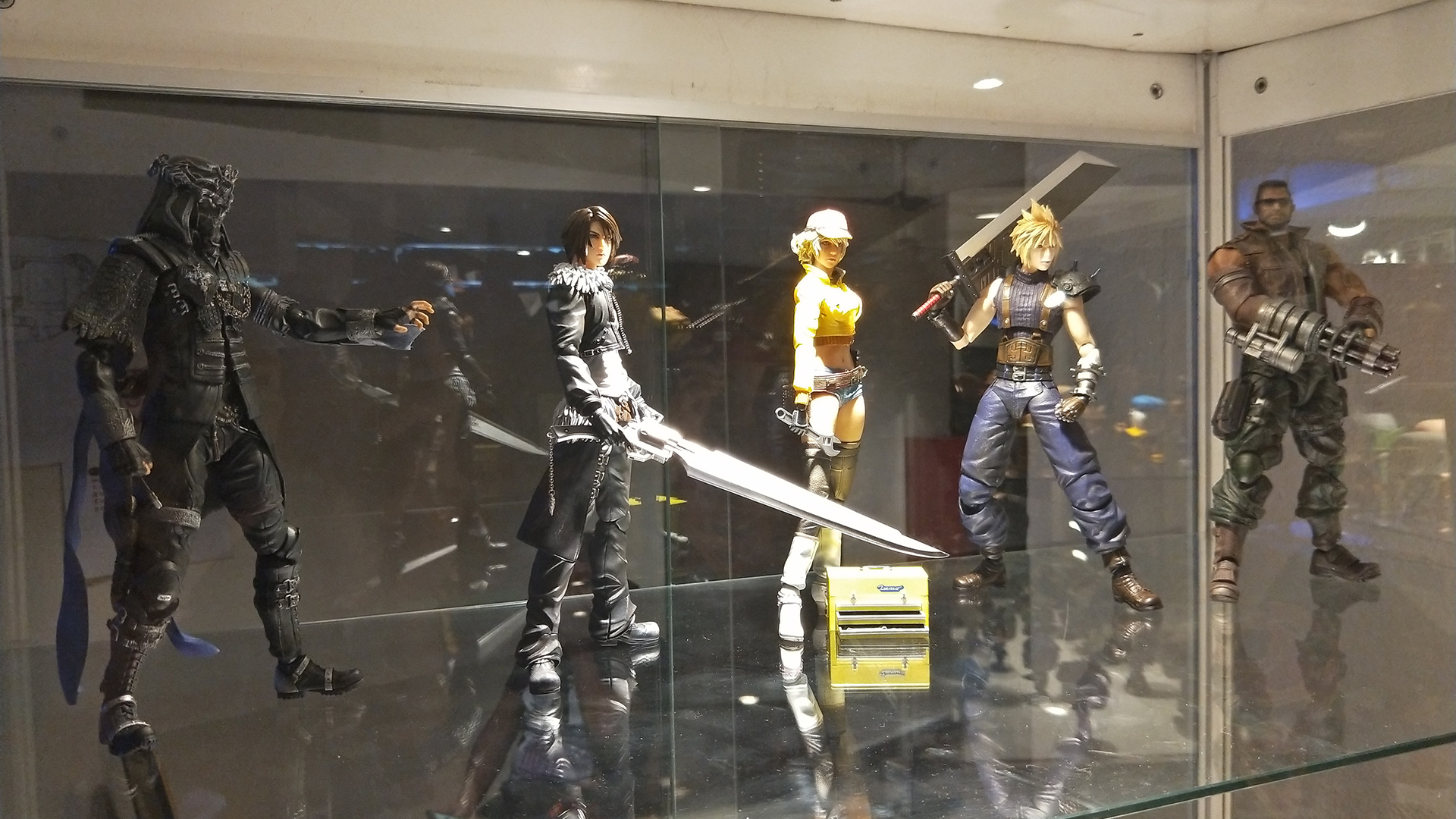 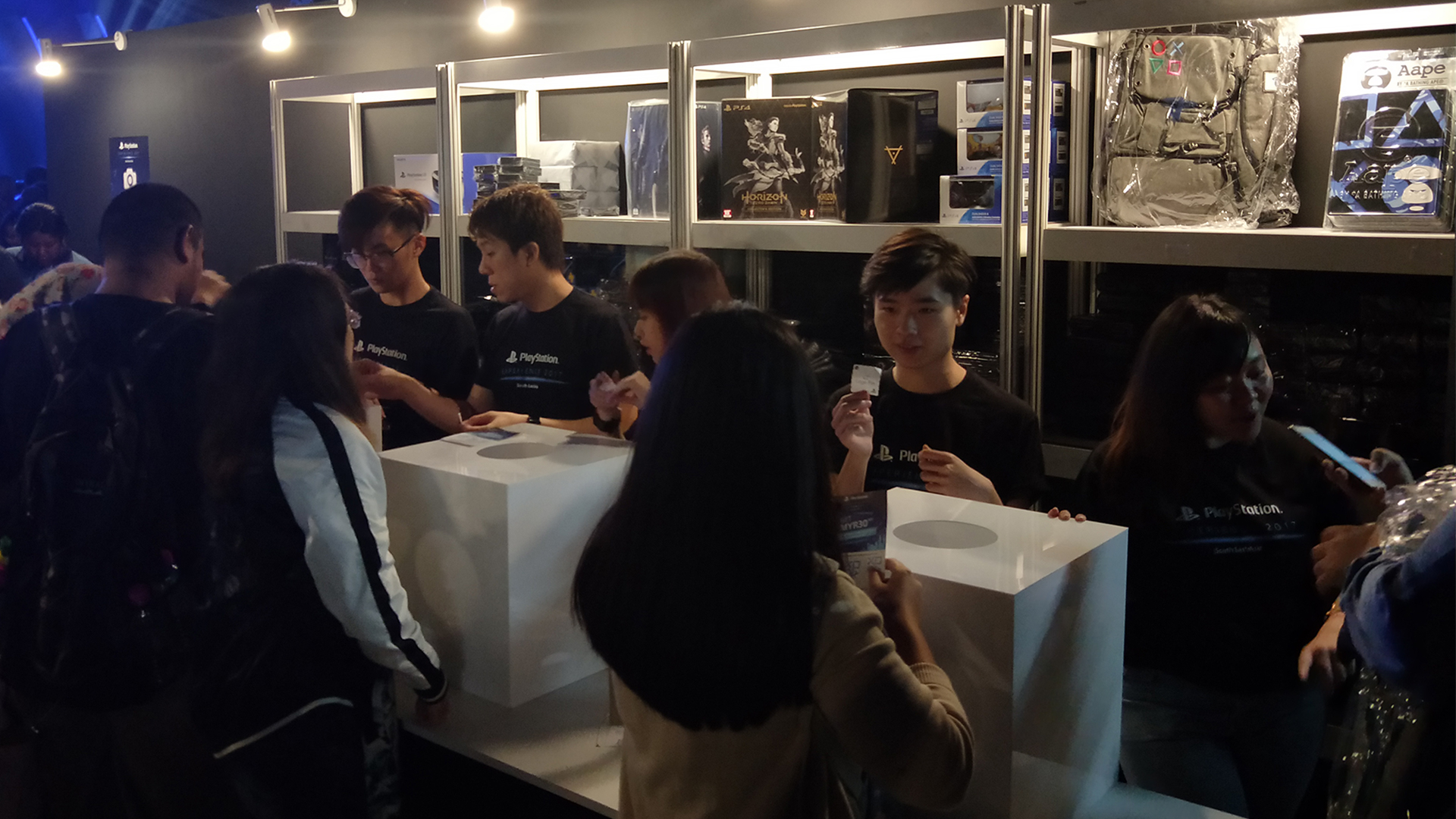 And what gaming convention would be complete without souvenirs to take home? A decent mix of figures and PlayStation merchandise found their way into eager gamers’ hands, stemming from both the goods corner and the stage giveaways. PlayStation Asia also went the extra mile by granting one final shot at making a memory on the way out, providing both a huge graffiti wall and a light-up display to pose with.

A huge graffiti wall by the exit, already half-filled by 1pm.

With this, Sony has demonstrably strengthened their dominance over South East Asia, and that’s something to be stressed – South East Asia, not just Malaysia. The team has their eyes set on the region as a whole and GameAxis understands that PlayStation’s presence here doesn’t simply end with PSX SEA. Expect to see the company returning to Singapore for GameStart 2017 in October, albeit with a separate focus on esports. It seems that they’ll be tackling various territories in different ways, and we’re incredibly curious to see what they may plan for other key markets such as Thailand and the Philippines.

For now, however, let us celebrate this milestone moment for our friends in Malaysia. Forget the debate over ill-conceived nasi lemak burgers, now’s the time to push for an even bigger and better event next year.

Ade thinks there's nothing quite like a good game and a snug headcrab. He grew up with HIDEO KOJIMA's Metal Gear Solid, lives for RPGs, and is waiting for light guns to make their comeback.
Previous post Gundam Versus Open Beta Test starts this 2nd September
Next post ROG Masters 2017: Singapore Qualifiers sign-ups now opened