PSX SEA – Marvel vs Capcom: Infinite is for fans old and new 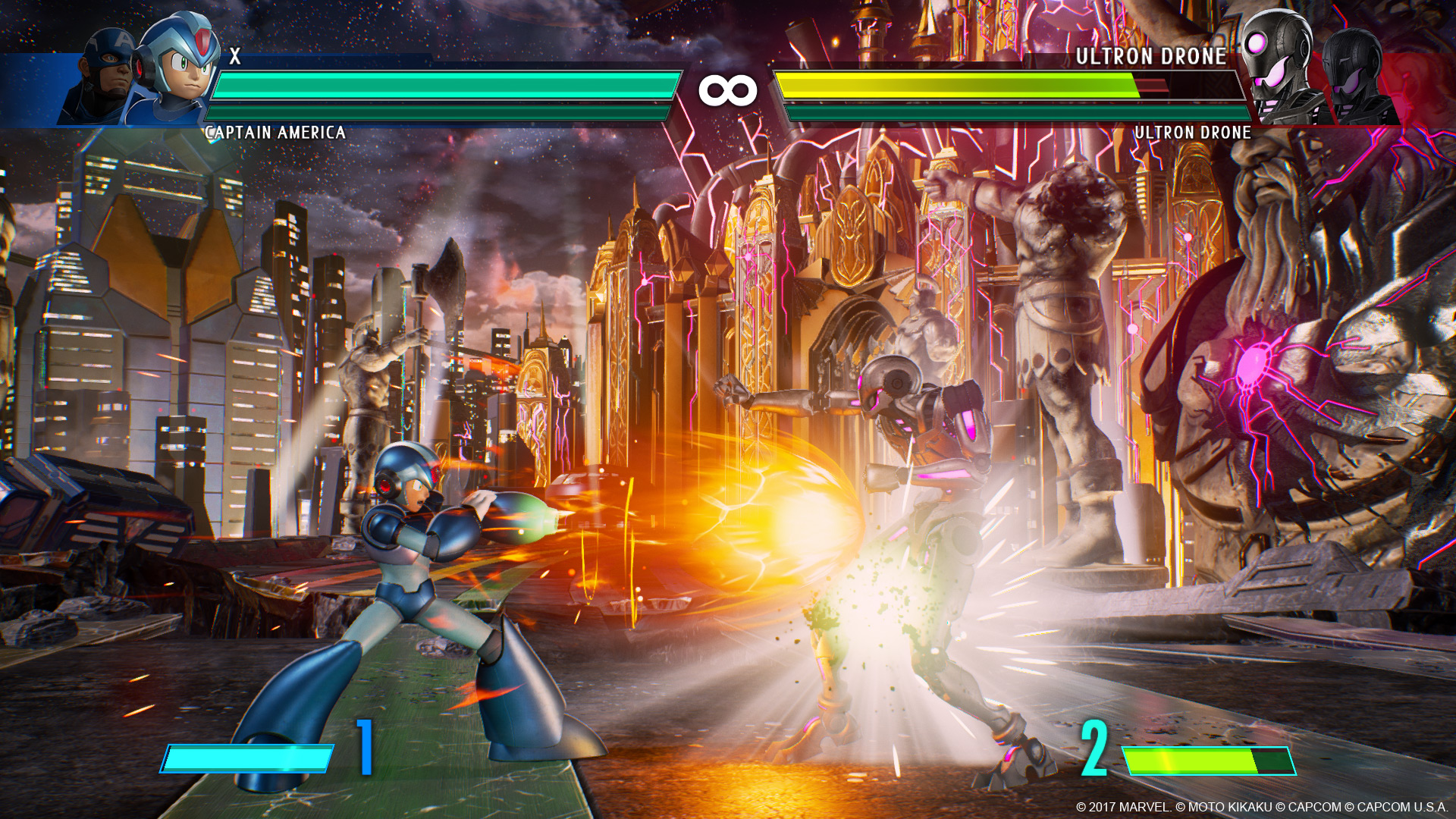 It may not have a number in its title but Marvel vs Capcom: Infinite is treated very much as a full-featured sequel, six long years after the original release of Ultimate Marvel vs Capcom 3. While the “Infinite” portion is a clear reference to events in the Marvel Cinematic Universe and to the game’s new mechanic, it’s also a symbol of the franchise’s refresh, one that will hopefully attract plenty of new fans.

The insight comes straight from Capcom’s Tomoaki Ayano and Kansuke Sakurai, both of whom were presenting at a closed-door session for PlayStation Experience 2017 South East Asia. The charismatic duo delighted everyone with their energy and humor, from naming themselves “PPAP” –since they’re the Promotions Producer and Assistant Producer respectively – to throwing casual taunts during a live demonstration match. What stands out most to long-time fans is the game’s return to an older 2v2 team mechanic, one not seen since 1998’s Marvel vs Capcom: Clash of Super Heroes. The developers state this was a conscious design choice early on, so as to not mislead newcomers into thinking that Infinite was harder than typical one-on-one games. This iteration features an actual tag-team (characters may swap out at any time), however, while phasing out the assist mechanic. Aside from jumping in for an Active Switch attack, team partners may also dive in for a defensive Cover Switch at the expense of some meter.

Ayano and Sakurai are fairly particular over how friendly Marvel vs Capcom: Infinite is to new players. In fact, the game sports two new features designed entirely for learners and casual play: auto combos and easy hyper combos. The former is literally a button masher’s dream, whereby repeatedly pressing the light punch button will initiate a slick combo that’s definitely going to sting. It seamlessly links up with the Active Switch attack too, which can then chain into another auto combo. You still have to be in-range, of course, and advanced players will know how to counter it, but it’s a fun little addition that’ll help sell the superhero fantasy.

Easy hyper combos serve a similar purpose, distilling the complex button presses needed to expend a hyper gauge. With these two features combined, anyone can mount a formidable offense that looks and feels the part, rather than the erratic punching, jumping, and kicking often associated with button mashing.

This doesn’t necessarily mean that they’ve dumbed down the game; it’s simply opening the doors to more advanced factors such as zoning and prediction. Competitive players will certainly want to live and breathe Marvel vs Capcom: Infinite in order to master its layered systems, some of which revolving around the new ‘Infinity Surge’ and stronger ‘Infinity Storm’ powers. What happens here depends entirely on the type of Infinity Stone equipped, allowing users to play to their strengths.

The producers reminded everyone that there’s a Marvel vs Capcom: Infinite demo available right now. It provides an early look at the new cinematic story mode – a first for the series – but that’s all there is to it – you won’t be able to try out a portion of the roster nor is there a practice mode.

Speaking of roster, this is where things got interesting. Marvel’s IP has grown to mind-blowing proportions in the years since, putting Capcom in a much different position than before. In this regard, the two companies had to collaborate very closely to get things where they needed. While there were strict guidelines when it came to representing these high-profile superheroes, it came with plenty of support in the narrative department too, so much so that Ayano and Sakurai seem privy to Marvel’s future plans. All they were willing to say is that Captain Marvel, who appears in the game, is the next superhero to look out for.

As for the “esports” buzzword, Capcom says they definitely are looking into it but only after the game’s launch – they’re focusing all their efforts on release at the moment.

To wrap up the presentation, Ayano dropped the news that the game will support a staggering total of 15 languages, partly to acknowledge the growing presence South East Asia has on the gaming industry.

Marvel vs Capcom: Infinite releases on 21 September 2017 for PlayStation 4, Xbox One, and PC. Pre-orders are now open for those that can’t wait.

This concludes our coverage of the inaugural PSX SEA held in Kuala Lumpur, Malaysia. Check the tag for any articles you might have missed!

Ade thinks there's nothing quite like a good game and a snug headcrab. He grew up with HIDEO KOJIMA's Metal Gear Solid, lives for RPGs, and is waiting for light guns to make their comeback.
Previous post Ni no Kuni II: King’s Edition is very impressive
Next post Review – Patapon Remastered (PS4)