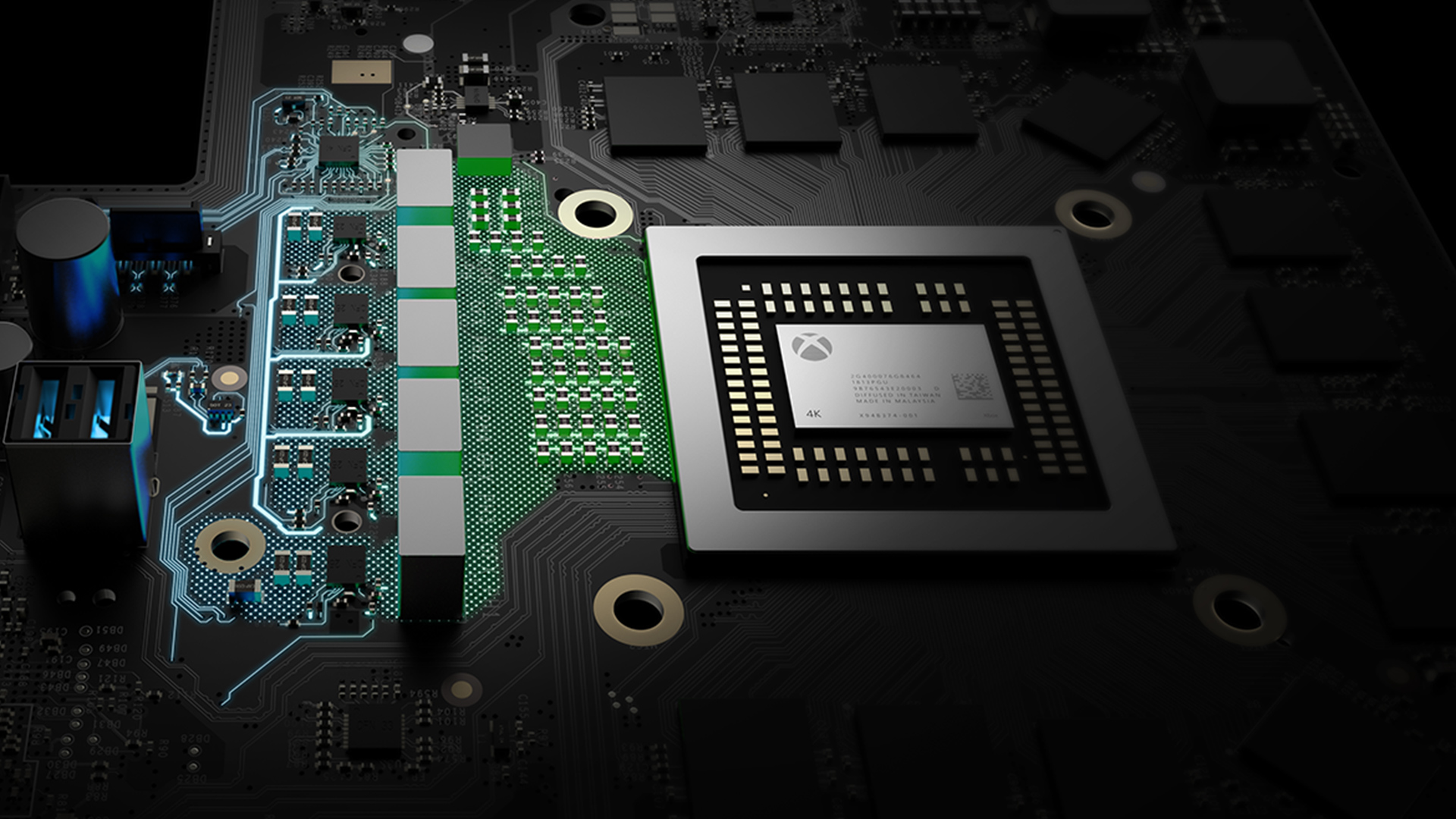 It’s been a rough console generation for Microsoft as they fight to stay in the running against Sony. As the blue kingdom celebrates month upon month of blockbuster releases, the green camp has been silently tinkering on Project Scorpio, the promised native 4K machine set to win back the core gamers they alienated years ago.

While the company is likely to remain quiet until E3 2017, they did invite Digital Foundry’s Richard Leadbetter to an exclusive preview of the system – a series of articles on Project Scorpio are now live on Eurogamer. We’ve compiled a few highlights to get you up to speed.

For the new, Digital Foundry is a leading source of all things related to gaming performance, whether it be stripping down hardware, analyzing upscaling algorithms, or simply measuring and comparing frame rates. It comes as no surprise then that Microsoft brought the DF president over to Redmond for an early look at the new Xbox and, judging by his early appraisal, things seem promising.

Being a technical reveal, the first order of business is finding out what exactly lies within the new console. At a glance, we have:

Project Scorpio will be the most powerful console at launch, bringing more to the table than Sony’s PlayStation 4 Pro.

While gaming performance ultimately relies just as much on the software itself (PC gamers are well acquainted with the notion of optimization by now) it’s clear that the Scorpio will be a marked improvement over the Xbox One S, boasting faster speeds and a higher memory ceiling to soak up 4K resolution textures.

“The best case scenario for Microsoft is that its CPU and GPU hardware customisation – derived directly from granular analysis of existing game engines – will produce a gulf in results even wider than those seen frequently seen in Xbox One/PS4 cross-platform releases. […]

At the very least, variance will be down to resolution and frame-rate only – a 4K re-run of the current-gen Xbox One/PS4 Face-Offs – but this time in Microsoft’s favour.”

Spatial surround sound and support for Dolby Atmos (gaming and heaphones) are outlined too.

Thanks to dynamic scaling and checkerboard upscaling, playing a game in 4K isn’t quite as rare as it used to be. Now, the holy grail of experiences demands a smooth 60 frames per second to go along with the higher detail and clarity, a feat only attainable by PC gamers with both determination and money.

Project Scorpio may change that. At Digital Foundry’s request, they were treated to “a stress test based on the Forza Motorsport 6 engine, running the maximum number of cars around a track with dynamic weather and all the bells and whistles turned on.”

4K60 didn’t prove a challenge, not even when they increased the graphical settings to what would be the equivalent of ultra on PC. In fact, they still had overhead to push things further.

“Out of interest, we tested Forza 6 Apex with similar settings at 4K on GTX 1060, 1070 and 1080. Frames were dropped on GTX 1060 (and a lot of them when wet weather conditions kicked in), while GTX 1070 held firm with only the most intense wet weather conditions causing performance dips. Only GTX 1080 held completely solid in all test cases. It’s only one data point, and the extent to which the code is comparable at all is debatable, but it certainly doesn’t harm Scorpio’s credentials: Forza 6 Apex received plenty of praise for the quality of its PC port.”

That being said, a single demo isn’t by any means representative of what we’ll experience in other titles, and Leadbetter stresses that fact just as much.

Like the PS4 Pro, Project Scorpio is a mid-cycle refresh and is thus expected to exist alongside the Xbox One family. That means full compatibility with the existing catalog, as well as older Xbox 360 titles.

Where Project Scorpio pulls ahead of the competition here is in its ability to provide performance boosts to all titles and regardless of screen display. That means you won’t have to wait for a patch by the developers (if there ever is one) or wonder if modes such as 1080p60 are hidden simply because you’re hooked up to a 4K display.

Digital Foundry notes that Microsoft’s architecture overhaul is a harder approach than Sony’s emulation, though the benefits are far-reaching. What users will see are their games loading faster and consistently perform at their best, with the option to capture memorable footage in 4K60 with HDR through the Xbox GameDVR app.

You could say that this is an even stronger appeal to the core gaming demographic than 4K performance is, as 1080p isn’t disappearing anytime soon. Microsoft seems to be positioning Project Scorpio as a clear console upgrade to current Xbox One users, although whether everyone makes the jump will ultimately depend on price.

Exciting as all this is, Microsoft still needs to prove they’ve caught on to their largest weakness: the lack of games. 2017 has been entirely in Sony’s hands with a never-ending slew of critical hits – who’d imagine having a backlog of highly anticipated titles? – and Project Scorpio is going to have an unimaginable amount of catching up to do. Cancelling Scalebound earlier this year didn’t help in the slightest.

Now that they’ve spent these past few months rolling out overhauls to the Xbox Live system, the only sensible follow-up would be an E3 keynote dominated by nothing but games.

In any case, be sure to check out the Digial Foundry article for additional insight into Project Scorpio’s hardware – they built a neat cooling system for it.

Ade thinks there's nothing quite like a good game and a snug headcrab. He grew up with HIDEO KOJIMA's Metal Gear Solid, lives for RPGs, and is waiting for light guns to make their comeback.
Previous post The ASUS ROG Swift PG27VQ is one high-tech gaming monitor
Next post Review: 2Dark is like an old school Alone in the Dark