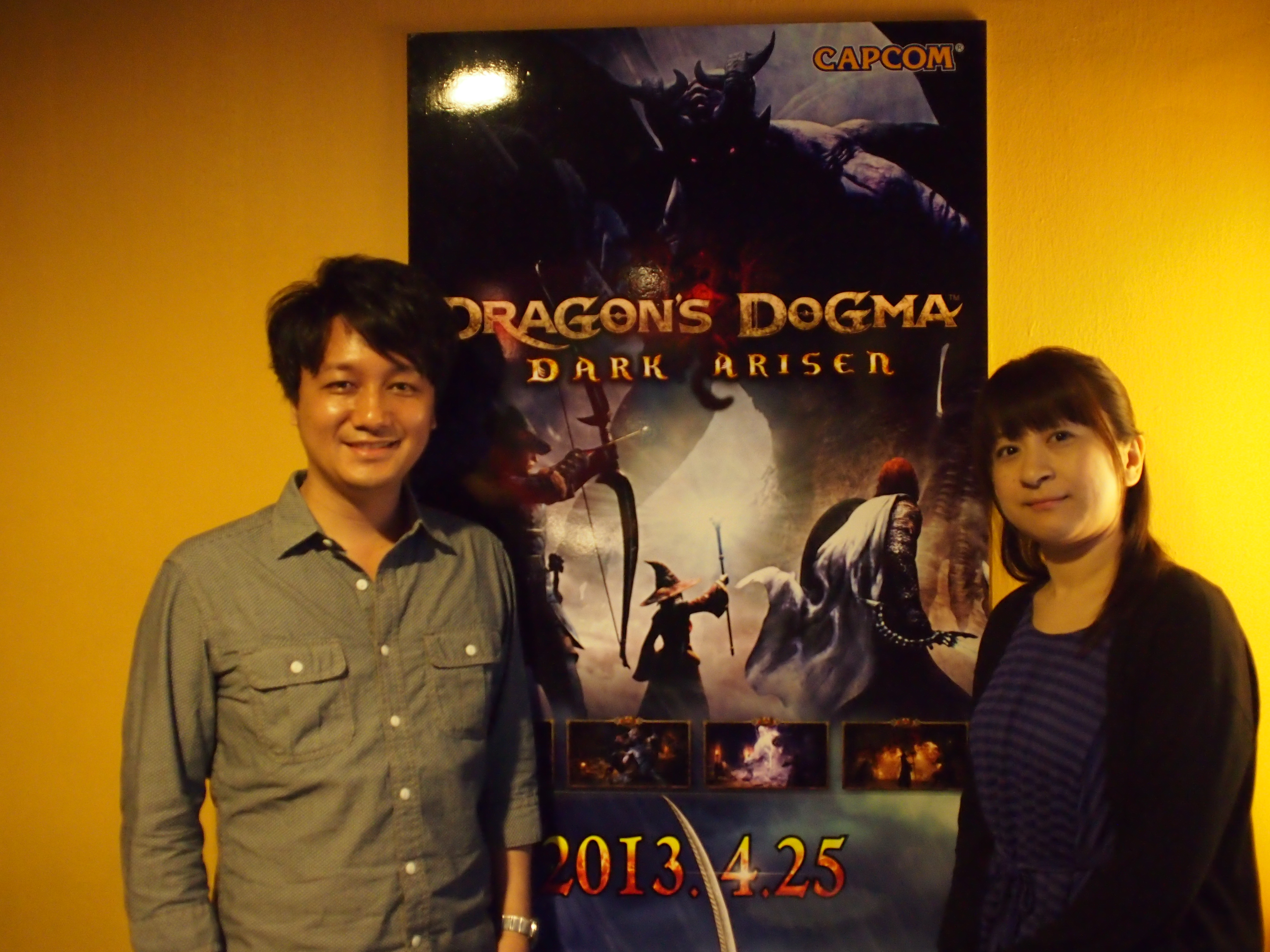 Capcom recently invited us over for a peek at the upcoming “expansion pack” in the form of Dragon’s Dogma: Dark Arisen.

Dragon’s Dogma: Dark Arisen is Capcom’s answer to all the feedback they got from players about the little gripes they had with the original Dragon’s Dogma. Lead designer for the series Kento Kinoshita walked us through the general outline of the series and recapped the events of the original before highlighting the new.

The game is best put as an expansion pack, or even the edition developers put out as the complete edition because Dark Arisen is practically the same game, except with all new quests, more enemies, new treasure, and the ability to port yourself as who you were in the original game into the new one so you can pick up where you left off.

Players can expect new underground dungeons to seek out plenty of loot, some of which are cursed, albeit very valuable when uncursed. More ferocious, more powerful enemies await the player as they explore deeper. Keys and orbs keep doors lock until their specific unlockable is found.

As a perk to those continuing their journey from the original Dragon’s Dogma, Capcom is handing over 100,000 rift crystals with more uses for amassing them in Dark Arisen including removing curses and restoring broken riftstones; some new costumes and the ability to now quick travel from destination to destination with unlimited Ferrystones.

New adventurers can start their own journey through all of Dragon Dogma’s original content, but with the gameplay improvements Capcom has put into Dark Arisen, including a smoother inventory UI, new equipment enhancements and a quieter AI party. Newbies can also get a taste of the easier initial levels of the dungeons before heading deeper to face the more dangerous foes.

During the demo gameplay, Kinoshita-san faced some new enemies including a giant cyclops, jack-in-the-box snake monsters randomly sprouting in chests, as well as a cursed dragon and Death, which players have to kill him over time in the game until he escapes. Kinoshita-san also demonstrated some fancy acrobatic skills in an effort to reach an item in a cage a distance away. Worth noting is a “Share” feature for players to share an in-game screenshot of any moment on social networking sites.

Dragon’s Dogma Dark Arisen will be available from April 23rd for Xbox 360 and PlayStation 3.