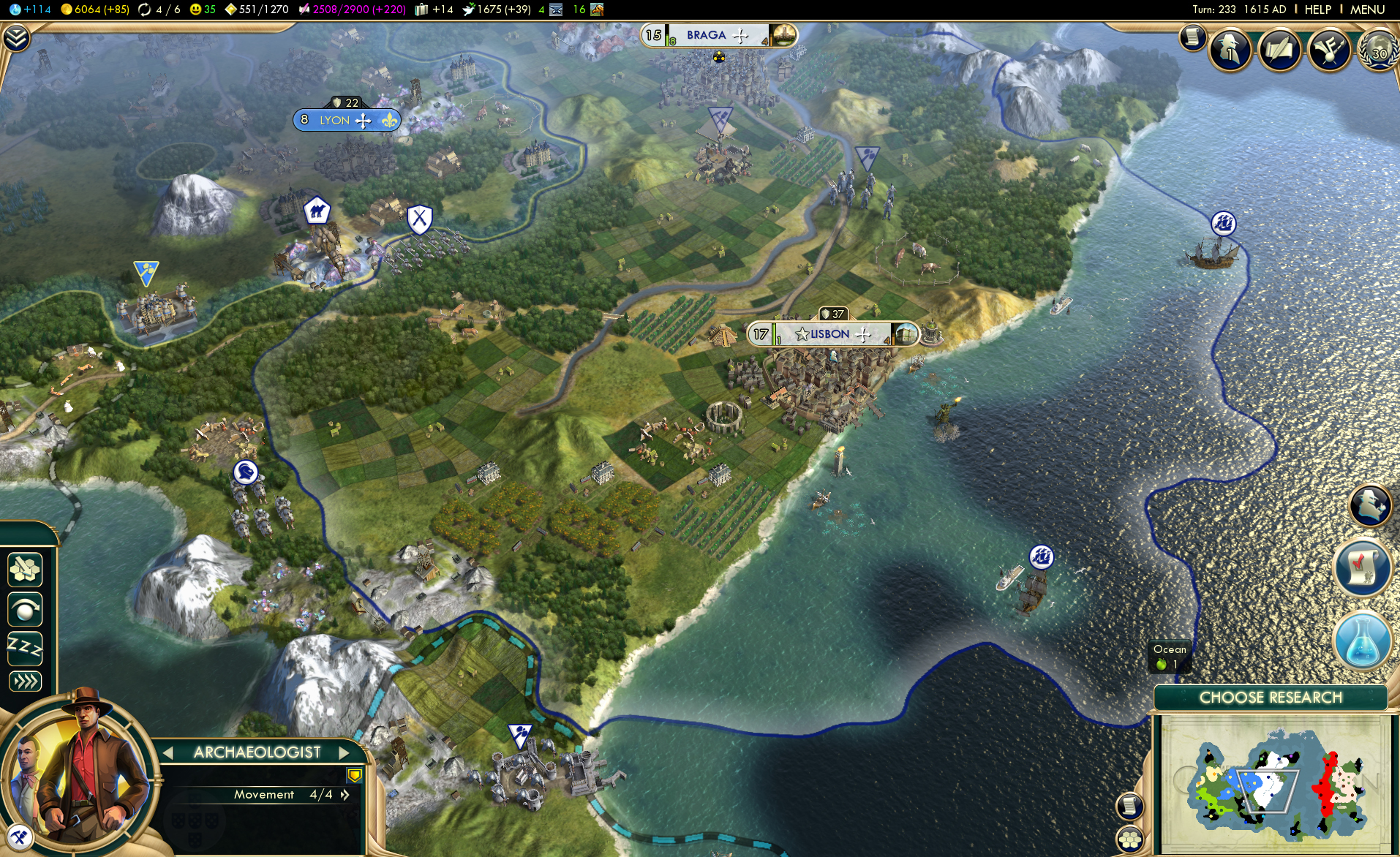 2K Games recently handed us a preview for the upcoming expansion pack to Civilization V, Brave New World. We see what new ideals come in store for our civilisations.

There’s a bunch of things we’re not allowed to mention, naturally, but Brave New World still has plenty of new stuff we’re allowed to share, most of which can only be seen after you spend thousands of game years building up your empire.

Our preview was locked to playing as Sultan Ahmad al-Mansur of Morocco against Indonesia and the other civilisations already revealed including Poland, Brazil, Assyria and Zulu. The game had religion and espionage features from the previous expansion, Gods and Kings, but it’s unclear whether the second expansion will include them or if it was part of the build.

After expanding the Moroccan empire a little and picking up the Animal Husbandry tech, the new Caravan unit is introduced. This unit allowed me to trade across land between my own states to any neighbouring country or city state, in turn reaping certain benefits varying across destinations, while spreading your ideals, culture and religion. The Caravan unit is expanded upon when Sailing and Navigation is discovered to bring you the Cargo Ship unit that does the job of a Caravan, but bridging trade gaps across the seas for a further reach, with a better chance of seeing it plundered by barbarians along the way.

We’ve had Great Engineers and Prophets in the game, but to win through the new Cultural victory, an empire needs more than just monuments and wonders. Great Artists, Writers and Musicians will appear in more culturally-prosperous cities to bring great works of art in your cities, attracting tourism and becoming an influence in the creative world. The new Archaeologist unit also uncovers ancient artefacts from dig sites in the later stage of the game, adding to culture or tourism.

It was likely my haphazard priorities when I played as the Sultan because neighbouring Poland was effortlessly building up itself absorbing all the cultural wonders before anyone else could build them, thanking me in the late part of the game because it wooed my citizens into the influence of Casimir III.

I was also lagging behind when unmet player after unmet player entered the subsequent eras before I did, eventually leading to Indonesia founding the World Congress being the first to discover all six nations. The World Congress expands on the current system of a diplomatic victory by allowing players to vote using diplomats on issues that bring the nations together through cooperative works or the crippling of them through embargoes and the banning of luxury commodities for citizen happiness, as well as the eventual voting of a world leader.

The World Congress is also capable of voting on other one-world policies, such as a push for a global religion or a one-world ideology. Ideologies are a new policy branch to adopt once a civilisation reaches the Industrial Age. Order, Autocracy or Freedom each offers up a set of enhancements and special abilities much like how the founding of a religion did in Gods and Kings.

Without experiencing gameplay playing as the other leaders, I pretty much only saw one side of the story. Whether I could be more bountiful playing as, say, Pedro II of Brazil, remains to be seen, but it has me raring to start an empire all over again.

Sid Meier’s Civilization V: Brave New World will be released on July 12, 2013 worldwide on Windows PC and through Steam with Steam Workshop.