Prepare for a jam-packed weekend at C3 AFA Singapore 2017 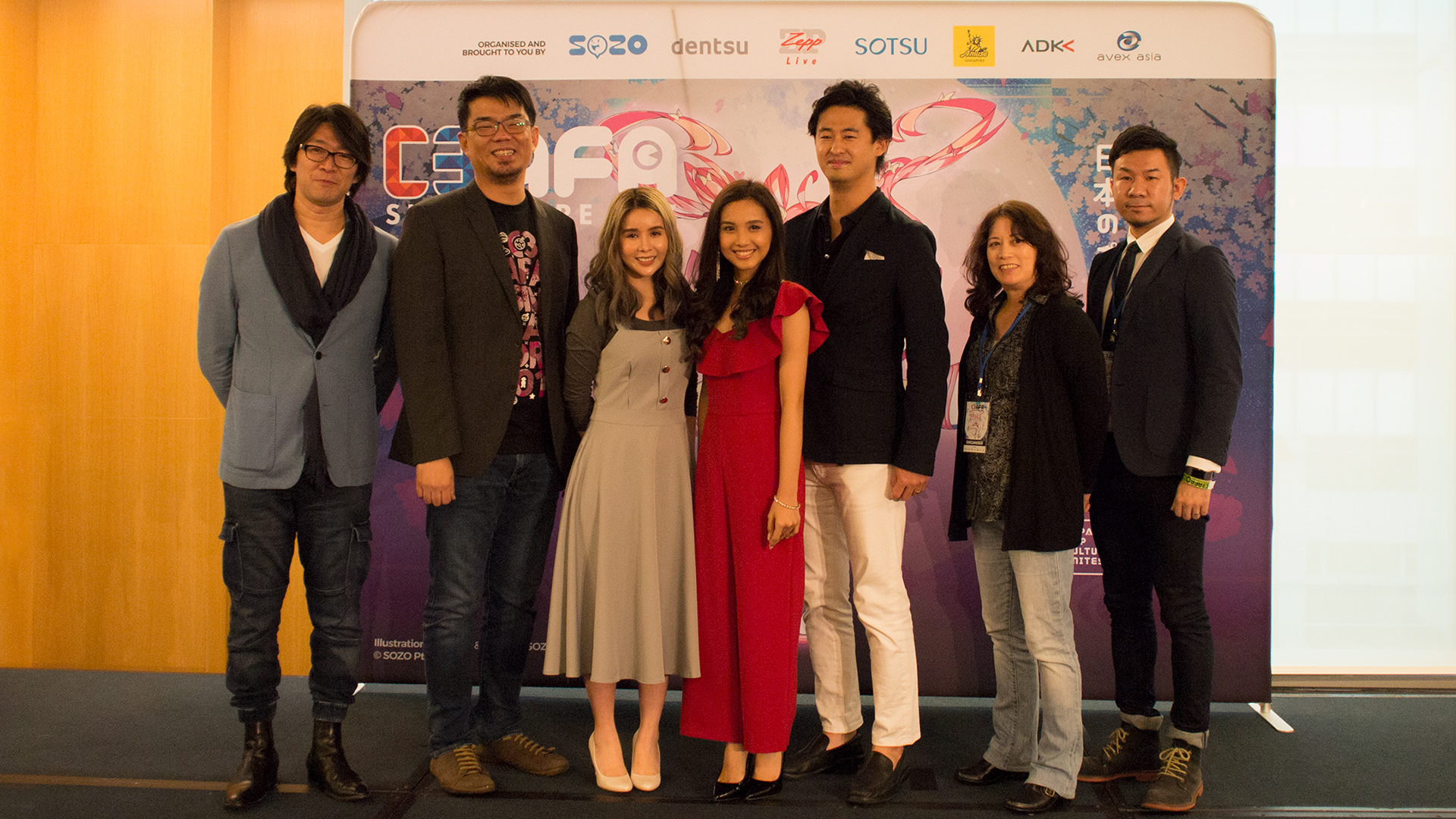 Japanese pop culture fans are in for a bigger and better convention this year in the form of C3 Anime Festival Asia Singapore 2017 (official site). With a guest list of well over a hundred, attendees can look forward to a jam-packed weekend filled with performances, showcases, and even premiere screenings at the three-day festival. It all kicks off today, 24 November, at Singapore’s Suntec Convention Centre.

For its tenth year, organizer SOZO reached out to a slew of partners to not only expand their show, but to also cement C3 AFA’s status as the leading anime and pop culture event in the region. SOTSU, Dentsu, Zepp Live, Amuse, Asatsu-DK, and Avex Asia have all come onboard to provide extra content, special guest appearances, and all-new experiences.

The event’s scope may have widened considerably but anime is still at the heart of C3 AFA Singapore. With that in mind, here are five exclusive showcases you wouldn’t want to miss.

Top on the list is light novel adaptation Violet Evergarden, produced by fan-favorite studio Kyoto Animation. Violet Evergarden exhibits hints of retro science-fiction with the cyborg hands and scenes of war, but in truth it’s a heartfelt tale of letters and emotions. The novel won the first and only grand prize at the notoriously strict Kyoto Animation Awards, a program which has only handed out honorable mentions since its inception in 2009. Netflix seems to like it too, picking up global distribution rights for the anime.

Attendees get to watch the first episode ahead of the Japanese broadcast in January 2018. There will also be a booth showcasing various content from the anime.

Note that while Haruka Fujita is listed as a screenwriter, the official website credits her for the more directorial “series production”.

Record of Grancrest War comes from light novel author Ryo Mizuno, who also penned Record of Lodoss War popularized in the ‘90s. Adapted by A-1 Pictures, the fantasy anime is set on a continent under the heel of Chaos demons. While the nobility has the means to fight back, they’ve chosen to abuse that power and wage war with one another instead, allowing the land to fall into ruin. Amid this disaster, a young mage and wandering knight unite in hopes of ending both the feudal wars and Chaos’ rule of terror.

As with Violet Evergarden, attendees will see the first episode before the Japanese TV broadcast. Joining the fans for a meet and greet is lead voice actor Kentaro Kumagai (Haruhiko Takase – Tsuredure Children).

You might think this is the tale of a mom-and-pop ramen-ya considering it’s Hakata’s most famous dish but, sadly, this isn’t it (there’s another upcoming show that comes close). Rather, the light novel by Chiaki Kisaki explores the ward’s criminal underground, yet even among the web of hired guns there exists an urban legend: the “killer of killers.” It won a Dengeki Novel Awards grand prize back in 2013, and is now being adapted for anime by Satelight — the trailer has a great track going for it.

C3 AFA Singapore will premiere a new trailer, with voice actor Yusuke Kobayashi (Arslan – The Heroic Legend of Arslan) appearing as a special guest. He will also meet fans for a sold-out meet-and-great later that day.

In a future where androids do all the work come the Lacia, artificial beings born from a super-advanced AI, their creation and purpose beyond human understanding. Within this sci-fi setting comes a “boy-meets-girl” story that – outside of all the fighting action – aims to navigate the strange relationship between human and machine. Diomedia is adapting Satoshi Hase’s light novel for TV, which is set to air in January 2018.

What exactly will be revealed is unknown; C3 AFA simply stated that “new information will be released exclusively at the convention.” What we do know is that director Seiji Mizushima (Mobile Suit Gundam 00) shall be in attendance, presumably to reveal the news himself.

Occasionally we get anime sprouting from plot-free source material. Case in point: Frame Arms Girl started as a line of model kits for Kotobukiya, taking a leaf from Strike Witches and KanColle to turn their Frame Arms mecha into moe weapon girls. If the title sounds familiar, it’s because the anime already aired during spring this year.

While there will be a screening with voice actresses Hibiku Yamamura (Architect), Narumi Kaho (Gourai), and Rika Abe (Hresvelgr), the exclusivity in question points back to the model kits. C3 AFA and Kotobukiya have teamed up to create the limited edition ‘Frame Arms Girl × Seika Baselard’ plastic model kit.

Should those kits sell out, you’ll still want to hang around by the Kotobukiya booth as the voice actresses are scheduled to meet fans at 3pm.

These are just a few of the featured showcases slated for the weekend. Other than the stage events, there’s the massively popular anisong and idol concerts for which VIP tickets have completely sold-out — little surprise when you have artistes such as Nogizaka46, ClariS, Ayasa, and more performing in Singapore for the first time.

Back on the show floor, festival goers can expect to see celebrity cosplayers and voice actors brightening the days of their die-hard fans, while a new Pikachu mascot dance is set to debut up on the Super Akiba Stage over both weekends.

Sacra Music are making their C3 AFA debut with an interactive touch table showcasing a wide range of artistes under their label. Similarly, newcomers Sony Music Entertainment Japan are bringing out their virtual and augmented reality experiences to bear.

For something a little more traditional, gamers can look forward to playing and supporting Bandai Namco’s Idolmaster franchise, while Cybird attempts to balance out representation with Ikemen Sengoku.

On the local front are artistes, idol groups, hobbyists, and creators all eager to share their talents, works, and craft. Accompanying those fan-creations are official merchandise and collectibles big and small, ranging from affordable pin badges to a $25,000 life-sized model of Kato Megumi from How to Raise a Boring Girlfriend (quite the title).

And if by now you feel your head spinning and feet aching, there are Black Butler-themed soft serves by Japanese tea and desert shop, Matchaya. Alternatively, fuel up at the food zone with Monster Curry or the ever-popular Nissin cup noodles.

Day passes to C3 AFA Singapore 2017 start at $13 and may be purchased on-site; we recommend going for the $23 tier so you’ll have access to the stage as well. If you’re interested in the concerts, free-standing tickets are priced at $88 per day or $248 for all three.

Ade thinks there's nothing quite like a good game and a snug headcrab. He grew up with HIDEO KOJIMA's Metal Gear Solid, lives for RPGs, and is waiting for light guns to make their comeback.
Previous post Advertorial – So you think you know Destiny 2?
Next post A Gamer’s Encounters at C3 Anime Festival Asia Singapore 2017