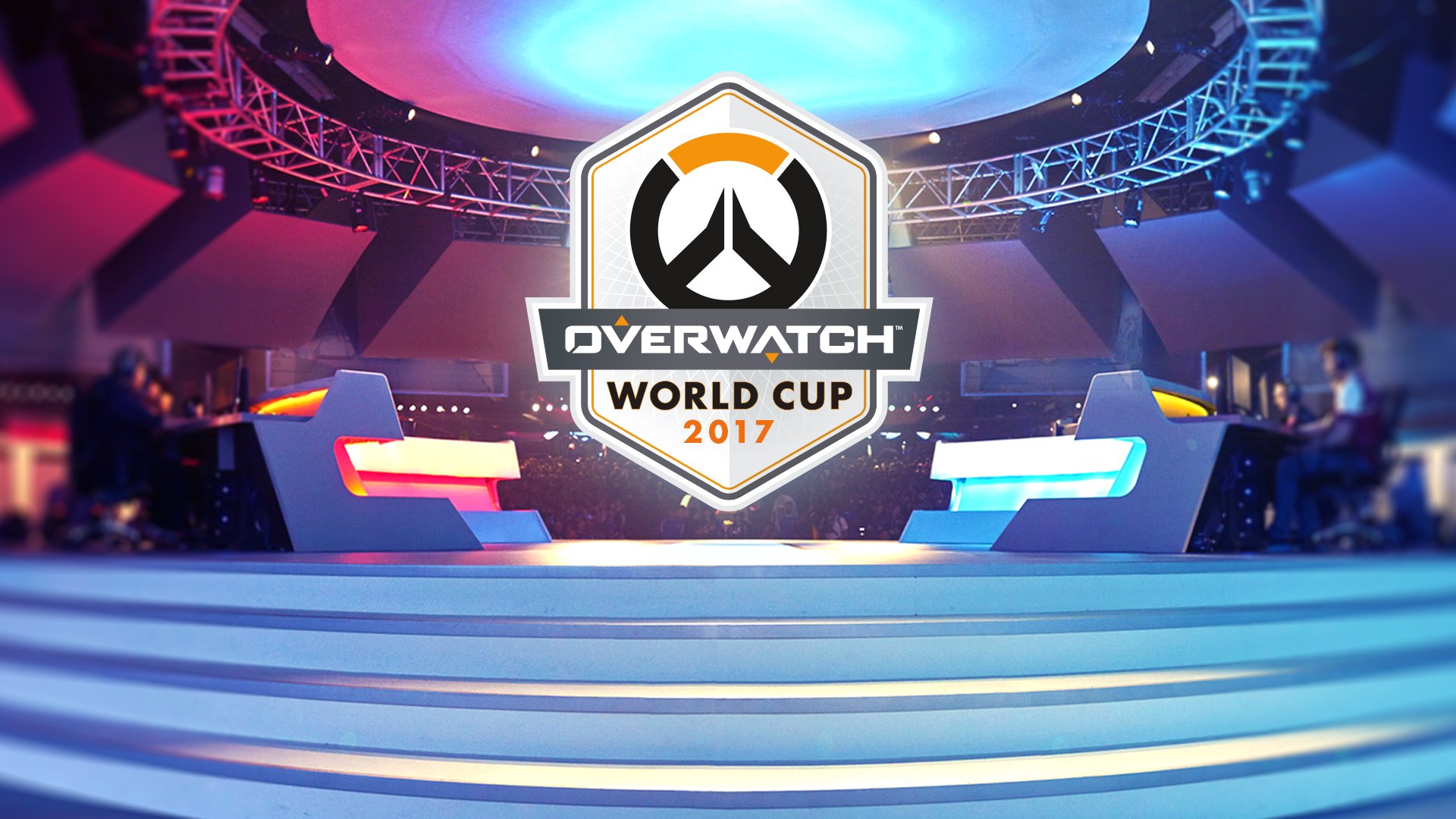 Wei Lu “NeonTears” never thought he would one day represent Singapore on the world stage. Once a veteran of the Counter-Strike: Global Offensive competitive scene, he decided to try out Overwatch at the recommendation of a close friend. Starting out as a rookie, he took interest in the DPS class, playing mainly Genji and Tracer. He found his passion for the game while grinding and striving to be like his idols “shadder2k” and “ShaDowBurn”, watching their VODS and streams diligently to learn all the tips and tricks of playing his favourite heroes. Eventually, his skills attracted notice, and he was recruited into a competitive team, and the rest, as they say, is history.

Now, he and five other players; Zest and JUNGEUNJI from team Elevellon, AJEN from Chaos Theory and players Cup and RageofTofu are in Katowice, Poland, to compete in the Overwatch World Cup 2017 against Canada and Russia – with both hosting big names the likes of Surefour and ShaDowBurn. If they make it into second place in the Group Stage, they will likely go up against South Korea, the reigning World Cup holder. The South Korean team needs no introduction; its ranks is filled with ryujehong and Tobii, Lunatic-Hai’s star support duo, and Flow3r and Saebyeolbe, widely regarded as one of the strongest DPS pairings in the scene. The competition is stacked against them, but the boys are excited about the opportunity to test their mettle against top talent.

E-sports in Singapore has often left a lot to be desired. The lack of (financial and social) support and the negative perception of the community has always stunted the growth of this industry. Combined with the scarcity of monetary and product sponsorship, local gamers lack the motivation and the right incentives to hone their talents.

The opportunity cost of commitment to a professional team is also high, and players often have to forego gaming as life catches up.

So, when the rare opportunity for Singapore to step onto the world stage comes by in the form of the Overwatch World Cup, community leaders are understandably eager to step in and help Singapore put its best foot forward.

The basic requirements for joining the trials was firstly, a minimum 4000 SR (Skill Rating, Overwatch’s competitive-player ratings), and of course, being able to work well with new and different types of players. Understandably, the above-mentioned trio are looking to find a balanced team composition.

As the competition is set in an international arena and will be broadcast globally, players should also be able to handle their nerves and able to keep their heads level be it losing or winning. And, while the committee was open to letting entire teams go through the trial together, no local team came forward with all of its six members.

When you set a minimum SR of 4000, you are naturally dealing with a field of very talented and mechanically skilled players. Putting together a cohesive roster is difficult, especially considering the nuances that are required for success in a multi-faceted game like Overwatch.

As a result, Afiz, Stephanie and Prasad had to look at other factors to make a decision. This included the intensity of the players. For instance, of how focused they were during trials or, their basic etiquettes (e.g., punctuality).

The small things counted as well, and Stephanie shared with me that seemingly insignificant actions, such as being constantly distracted by their phones, ultimately signalled a less-than-serious attitude.

The committee also pitted unorthodox team compositions against each other, such as six DPS mains against six Support players to see how well each player did outside of their comfort zones. The idea is to look for players who were willing to expand their horizons, and bring something special to the team outside of the norm.

The end result then, is that the current Team Singapore roster becomes stocked with less experienced players that haven’t necessarily established their dominance in the local scene – much less online competitively.

But the committee stands firmly by the players it has chosen. These players have the heart and drive to succeed, according to them. And they have proven themselves willing team players, a crucial quality in Overwatch.

Furthermore in our discussion, the committee members made a very good point when they said that success in a professional team does not guarantee the same degree of success when you play with players outside of your own team.

As the flailing NRG roster has showed, a team of superstars does not necessarily make a good or successful team.

The journey has hardly been easy for the committee. Right after their confirmation to the selection panel, the newly minted members had barely two weeks to set up the player trials and submit their names for vetting by Blizzard. According to Stephanie, she felt that the short timeframe Blizzard had set for the player selection phase was a major constraint.

Ideally, the committee had wanted to do the trial in three different locations and over a longer period of time but could not due to the deadline set by Blizzard. In hindsight, the committee believes that they could have included the community in administrating the event. However, Afiz believes that they have done the best with what they were handed, and they have no regrets about the roster of the team.

In terms of expectations, there is the hard fact about the huge skill difference between Western and South East Asian teams, as players here generally cannot hope to match the 12-hour daily practice regime that their counterparts in other regions put in. This is made possible as these sponsored teams are usually unhindered by commitments like school or even a day job.

On the other hand, gaming in Singapore is considered a financially unstable livelihood, thus players often juggle other commitments such as school, work or the obligatory National Service (for male players) while practicing.

For the committee, it is not just about having a deep run and winning the tournament – if possible. For a small nation like Singapore with a fledging e-sports scene, the lessons and experience they get to gain from playing against the world’s best is almost enough in itself.

When asked about how the eSports here can be better, Afiz lamented that most people are quick to judge competitive gamers and event organisers; going as far as picking out flaws and slamming them, without providing constructive feedback or actions.

He suggested that anyone with a passion for Overwatch or any other competitive-friendly games should take the initiatives to be part of the eSports community and where possible, to assist at events. The gaming community in Singapore should stand by each other, and to help better each other; because it is easier to troll an event than to get one’s hands dirty with it.

Stephanie also expressed that camaraderie between local teams is rare. Moreover, there is also a lack of mentor figures to help new players improve. However, the limited infrastructure for eSports in South East Asia makes it difficult to sustain a gaming livelihood, and the community remains stagnant in terms of progress.

While wrapping up our chat, Afiz, Stephanie and Prasad said they hope players can get involved in local and small events, and show their support by joining competitions even if there isn’t an attractive prize pool. However, they admit it is a chicken and egg conundrum. Players want large prize pots before they will commit the time and effort, but sponsors won’t throw their weight (and pot money and/or other prizes) behind these events, unless they see that there are sufficient interest and eyeballs.

As an avid Overwatch player myself, I’m also in the opinion that the local community needs to step up and take the initiative to be more involved – be it as a game marshal or a spectator. The future of our eSports scene here is something we can all invest in, if we just put in some time and effort.

In the meantime, it’s time to get behind the Singapore World Cup team as they take on the fierce competition in Katowice. Tune in at https://www.twitch.tv/playoverwatch to support our players on dates:

I was told not to spend so much time on games, so I balanced out my time watching Netflix too.
Previous post Titanfall 2 Ultimate Edition drops worldwide
Next post PlayStation Plus free games and Summer Sale discounts