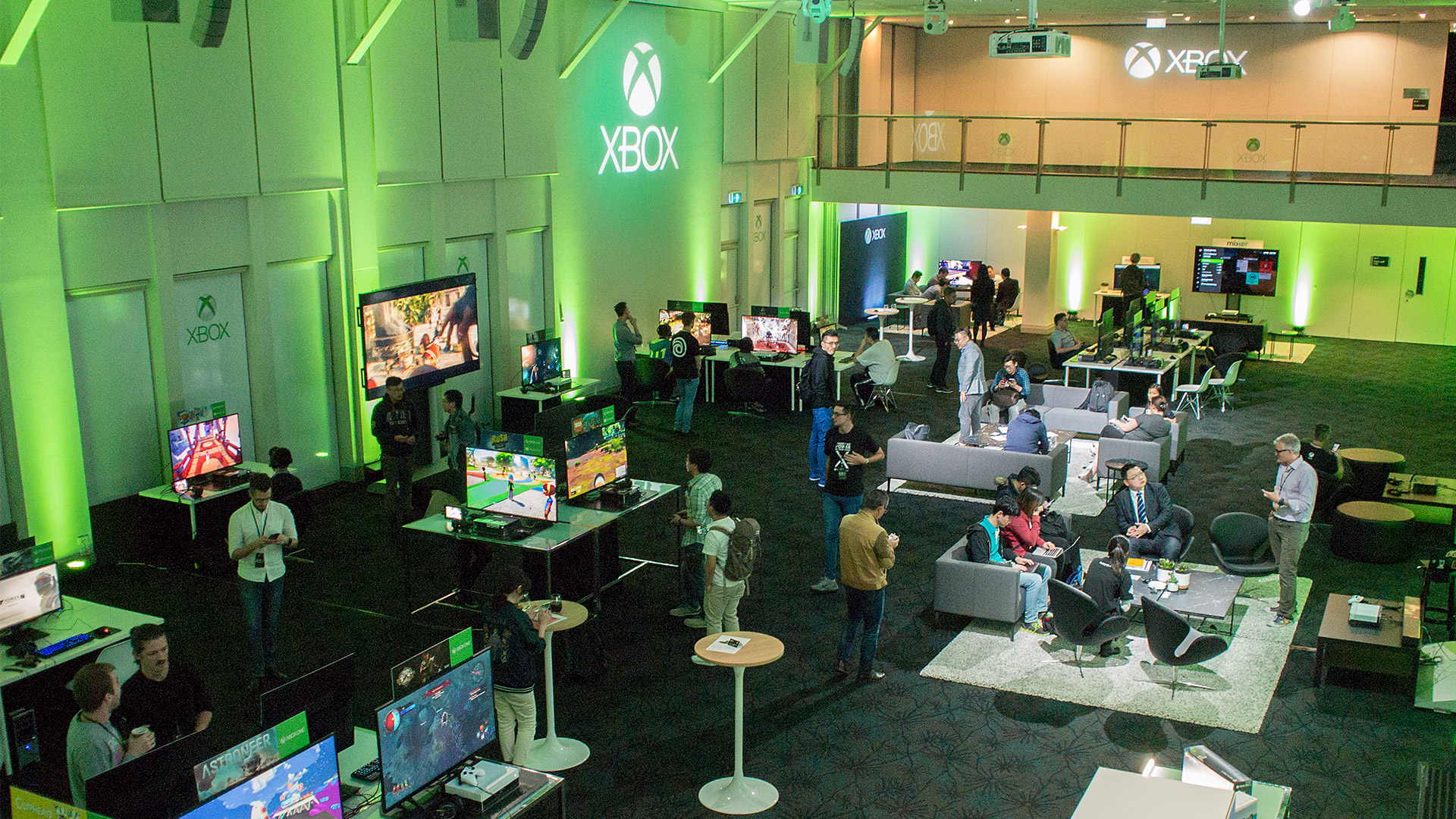 Earlier this month, press members across Asia gathered in Sydney for a one-day Xbox Showcase, an event that would, presumably, provide the Xbox One X launch details we’d all been waiting for. The flagship console heads Stateside on 7 November, where pre-orders have so far remained positive. But that’s Microsoft’s home turf, whereas out here on the edges of Xbox influence, we’re still stuck with wild guesses on an actual launch date this year and nothing more than knowing a S$699 price tag.

No matter – hardware delays aren’t new and it’d make logistical sense for the company to stock stronger sales territories. That left the games, the lifeblood of any gaming platform. It’s been a relatively quiet year for Xbox on that front, prompting speculations that they were shoring up for the One X release. After all, they had already teased the system at last year’s E3, setting fairly high expectations with all the talk about hardware. Now was the time for software.

There was Forza Motorsport 7, the current standard bearer and a key purpose for our visit. The racing game seems to be living up to expectations as both a visual powerhouse and a sequel. It was used as a technical demo, is a core Xbox franchise, and will likely perform well. However, it is not the sort of exclusive that’ll rouse the average gamer into looking up One X prices. It lacks broad appeal.

There was a smattering of ID@Xbox (Independent Developers) titles, headlined by the incredible Cuphead and promising Super Lucky’s Tale. The former needs no introduction by this point, with our first encounter going as well as I had hoped. While Super Lucky’s Tale may also be an action platformer, the game was decidedly far more agreeable as a family title, as was Zoo Tycoon: Ultimate Animal Collection and Disneyland Adventures. Still, they weren’t quite what I was looking for.

Not far away were the console editions of Path of Exile and PlayerUnknown’s Battlegrounds, both huge names on PC that would, in a likelihood, translate just as well for console. Elsewhere, Assassin’s Creed Origins dazzled with its vision of Ancient Egypt, in what could have been a time-travelling tourism ad. It’s a strong lead among the multi-platform category, which includes other strong names such as Middle-earth: Shadow of War.

This was a problem. The Showcase’s many games were good tidings for the Xbox family of devices. I just wasn’t seeing a whole lot of reason to pick up the One X.

Not to downplay what Microsoft is trying to achieve here, for the current arrangements are great for consumers. They’re not abandoning the other Xbox One consoles, which had seen an uptick in buyers stemming from both the One S model and maturing software library. The Xbox Play Anywhere program is a respectable nod to players who shuffle between console and PC, while also paving the way for better cross-platform support – just look at Minecraft’s Better Together update. And the growing list of Backwards Compatible and One X Enhanced games, something I’m seeing more often lately, wisely draws attention back to the existing catalog, a boon for patient gamers and late-adopters.

The situation is wholly comparable to Sony’s PlayStation 4 Pro, which was also banking on its enhanced games line-up at launch. The difference here is that they followed that up with a strong flood of releases, with Horizon Zero Dawn shining in the spotlight.

Nintendo pulled off a near miracle with their all-or-nothing Switch release hanging on The Legend of Zelda: Breath of the Wild. We saw our concerns get buried under month after month of strong sales performance, though Nintendo did have all the right ingredients for it to happen: one of the world’s largest franchises reimagined, alongside a device that straddled both home and, their greatest strength, handheld gaming.

Microsoft are sticking to raw power, as if they were still stung by the loss faced at the start of the current console generation. They have the better hardware now, there’s no doubt, but they need to show their larger audience – not just the hardcore segments with 4K HDR TVs and the matching disposable income – that there are games that One X owners can be proud about. It’s not about relighting the petty console wars but proving there’s a reason for the console’s existence in the first place. Otherwise, why not just stick with the One S and get the more versatile PC? That way, you’d get to take full advantage of the Xbox Play Anywhere program.

It’s clear that they knew and wanted their own set of killer exclusives. Unfortunately, the cancellations of PlatinumGames’ Scalebound and Obsidian Entertainment’s Stormlands didn’t do any favors in garnering gamer mind share, especially since those studios were dear to the hearts of many. With no room to delay — the One X has to launch for the holidays — all we have to go on are the other announced exclusives.

That means Sea of Thieves, which holds enormous promise but still seems premature with all its closed testing. That means Crackdown 3 and State of Decay 2, both high on the list of anticipated releases yet  only available in Spring 2018. There’s the multiplayer survival Darwin Project too, though even that may wind up as a blip given how fast PUBG is growing.

What’s next? What else can Xbox gamers look forward to in the near future? Is there a new RPG ready to fill the void left by Fable and Lost Odyssey? Is Halo 6 ready to reinvent the formula in bold new ways? Will there be another Sunset Overdrive for fun, visually rich action? How about the Japanese games that have been slowly relinquished to PlayStation, no matter how niche they may seem?

Show us more. Spoil us with choices. Because the only option right now is to follow Sony and Nintendo’s footsteps, drowning us with a slew of exclusives until their system-seller, their version of Horizon Zero Dawn or Breath of the Wild, is ready for release. Once we’re constantly playing and thinking about the Xbox, the more surprised and entertained we are by it, the more appealing an upgrade becomes. That’s when I’d consider buying the One X.

Ade thinks there's nothing quite like a good game and a snug headcrab. He grew up with HIDEO KOJIMA's Metal Gear Solid, lives for RPGs, and is waiting for light guns to make their comeback.
Previous post There’s a new trailer for Wolfenstein II: The New Colossus and it’s brilliant!
Next post TGS 2017: New game announcements you should know