Netflix’s Interactive Storytelling – You can now choose what happens next 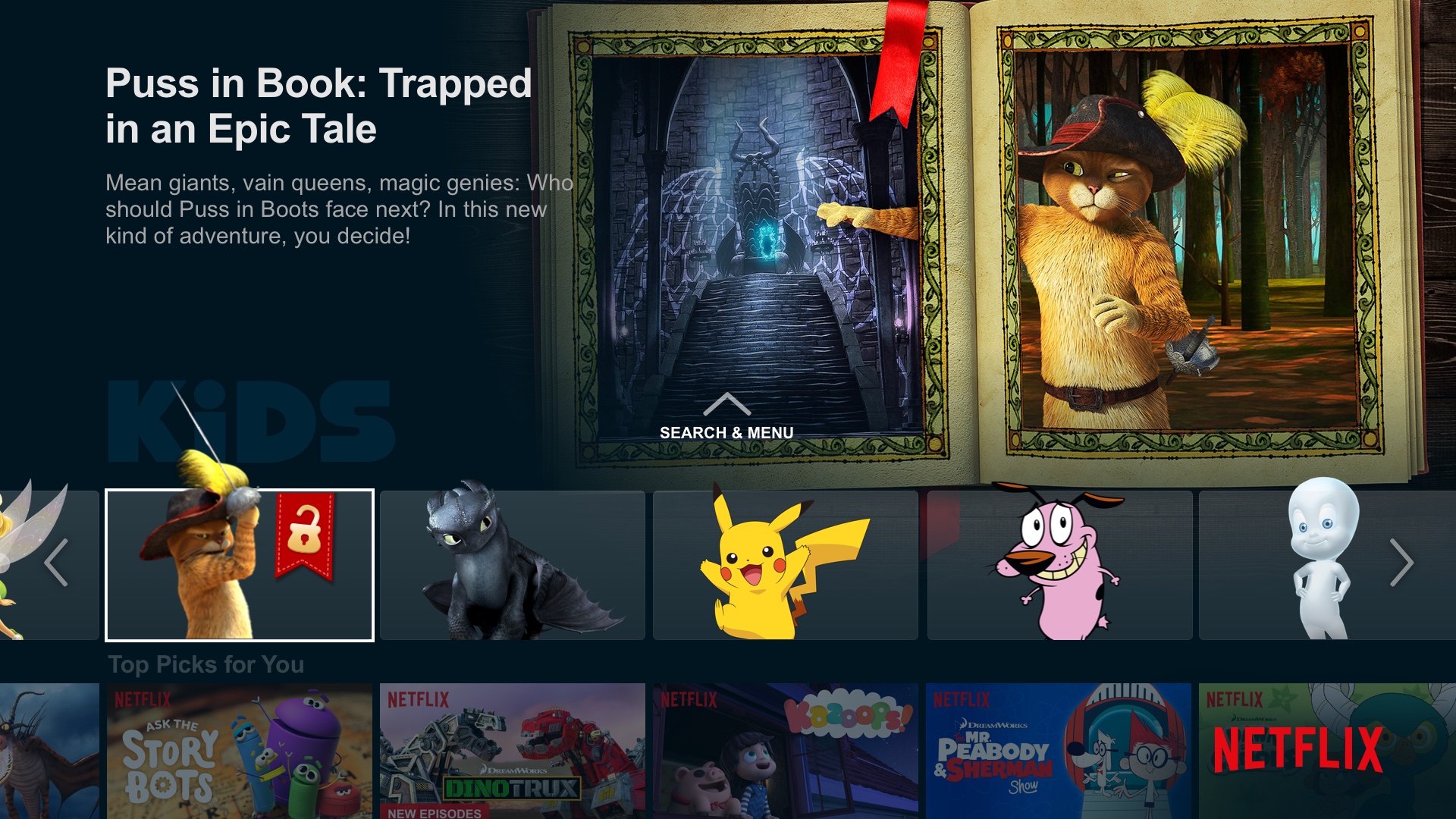 Netflix’s first interactive show has arrived in the form of kids-friendly Puss in Book: Trapped in an Epic Tale. The new feature, which borrows a page out from game adventure books such as Joe Dever’s famous Lone Wolf series, adds interactive “branching” narrative episodes to the Netflix library, allowing viewers to control how stories unfold.

Puss in Book will offer young viewers at least a dozen different branching paths throughout its length, giving them a reason to watch it multiple times to explore each decision point’s content. A second interactive show, Buddy Thunderstruck, arrives on 14 July.

Why is Netflix targeting at such a young demographics though?

According to Carla Fisher, Director of Product Innovation at Netflix, “The children’s programming space was a natural place for us to start since kids are eager to “play” with their favorite characters and already inclined to tap, touch and swipe at screens.”

“They also talk to their screens, as though the characters can hear them. Now, that conversation can be two-way. It’s really about finding the right stories – and storytellers – that can tell these complex narratives and bring them to life in a compelling way,” added Fisher.

To make viewers comfortable with the idea of making choices throughout the story, Netflix had to work with the studios to create a short tutorial at the beginning of each title. A different version of the tutorial is played depending on the device, and at the moment only smart TVs, video game consoles, and Apple’s iOS are supported.

The exclusion of Android devices seem a bit of an oddity, but Netflix will closely monitor how users engage with the content to determine which devices and genres interactive storytelling may head to next. Creating streaming non-linear content isn’t as straight-forward as standard shows, and posed some technical challenges for the Netflix team. Though you can still pause and resume the story like with other titles, the fast-forward and rewind options needed to be tweaked since the direction of the narrative isn’t set in stone. There is also the problem of loading the video stream when the title isn’t just one linear video file. Since a viewer may end up with a different ending, for example, the technology needs to know which piece of the story to load and when. 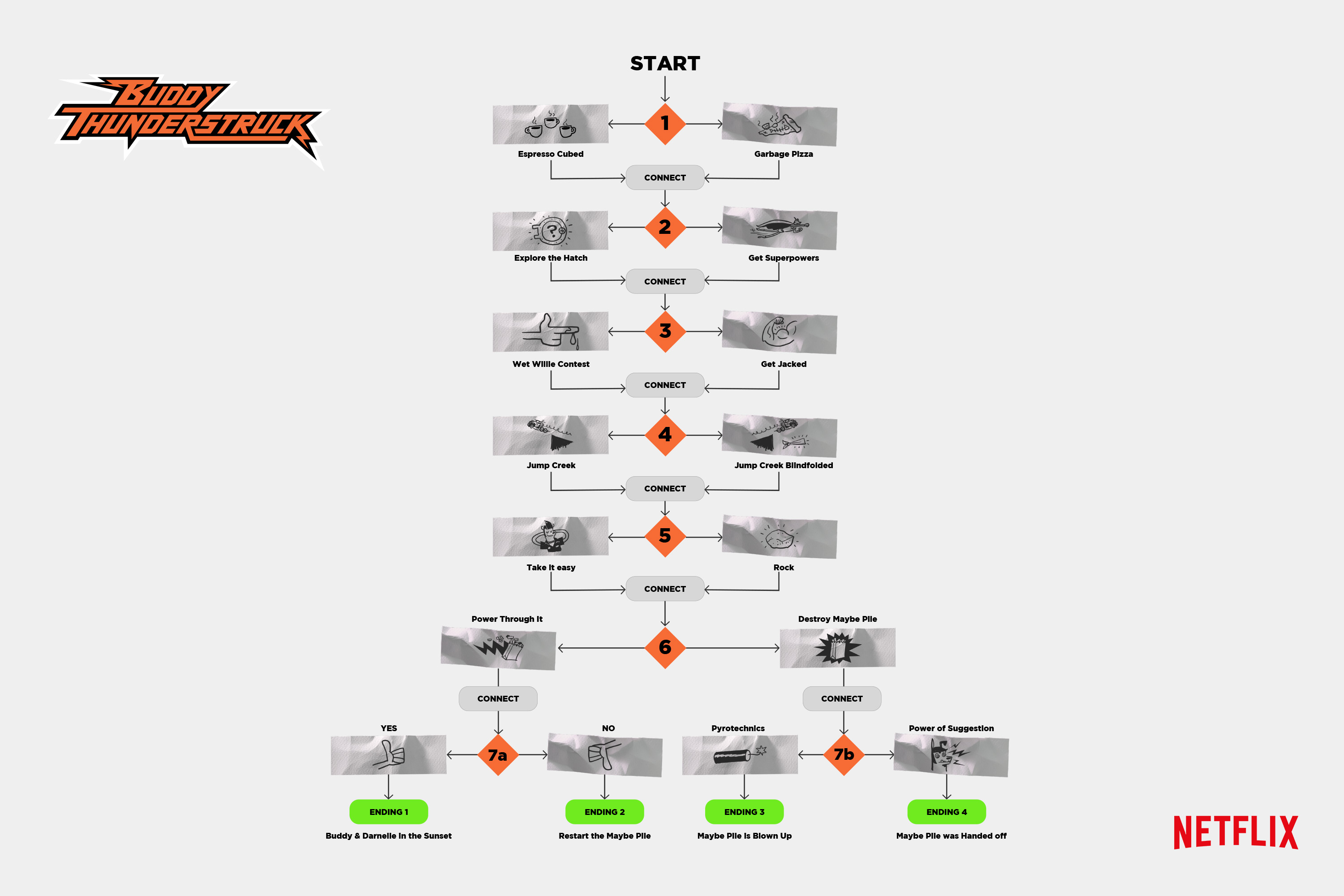 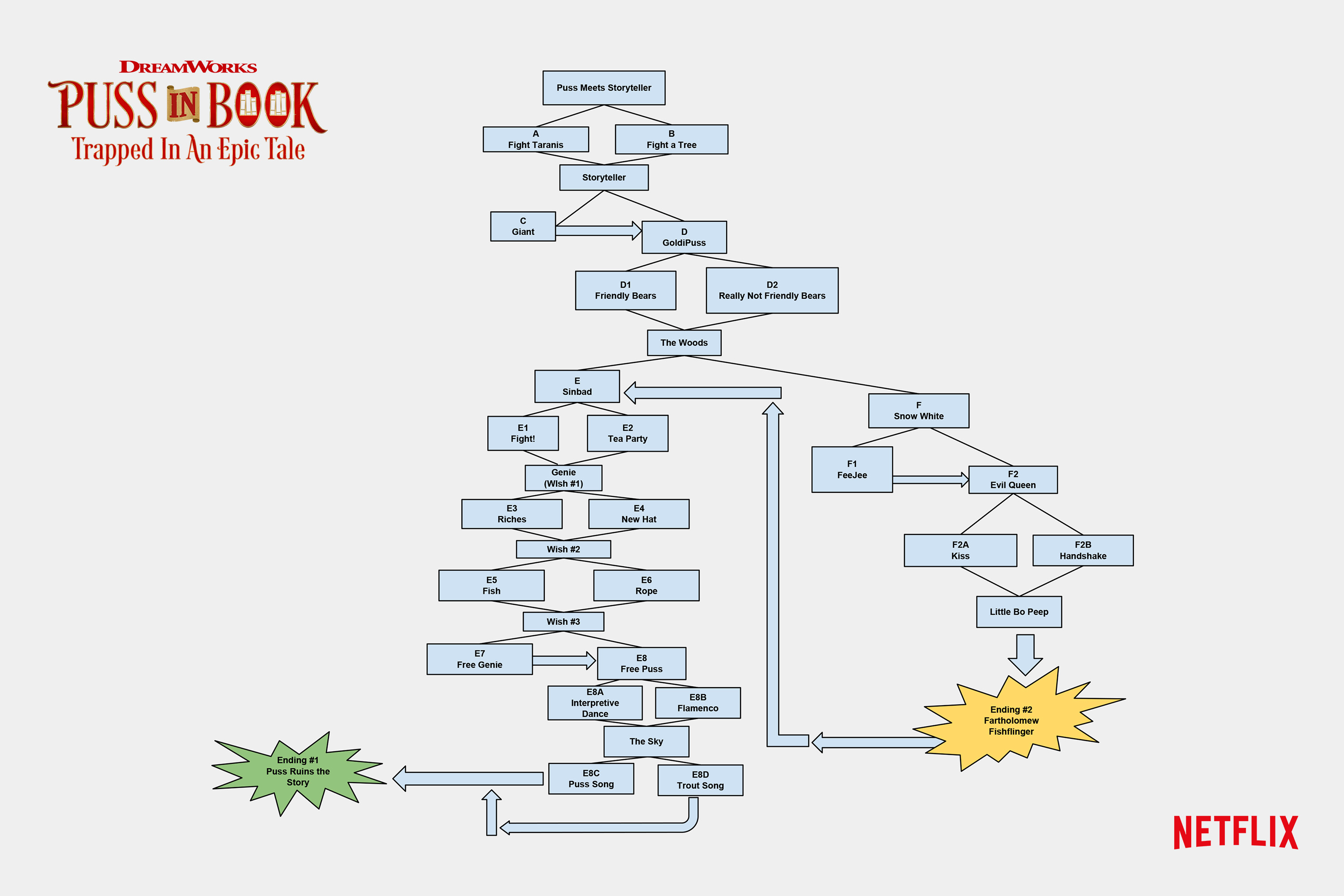 The creative side have its own set of challenges too, as studios need to make enough content to fill all available choices in the decision-mapping tree as opposed to a set 30 or 60-minute show (see above).

For now, Netflix is calling its ‘Interactive Storytelling’ episodes an experiment. But obviously if the response is good and the majority of its millions of subscribers like them, the format could come to the network’s more popular shows. When it does, it will be a game changer. Imagine a House of Cards episode where you can choose to guide either Frank or Claire Underwood to power. Or a Knights of Sidonia where you can choose to attack or retreat away from a Gauna onslaught.

Aaron Yip is an industry veteran with more than 15 years of experience. When not spending time on his gaming PC and consoles, he can be found in Hyrule solving ungodly puzzles and collecting gems.
Previous post Watch the latest Game Of Thrones Season 7 trailer
Next post ROX picks up Vainglory world champions in time for new season