Home / Latest / Events / Nothing to LoL About IEM Singapore

Nothing to LoL About IEM Singapore 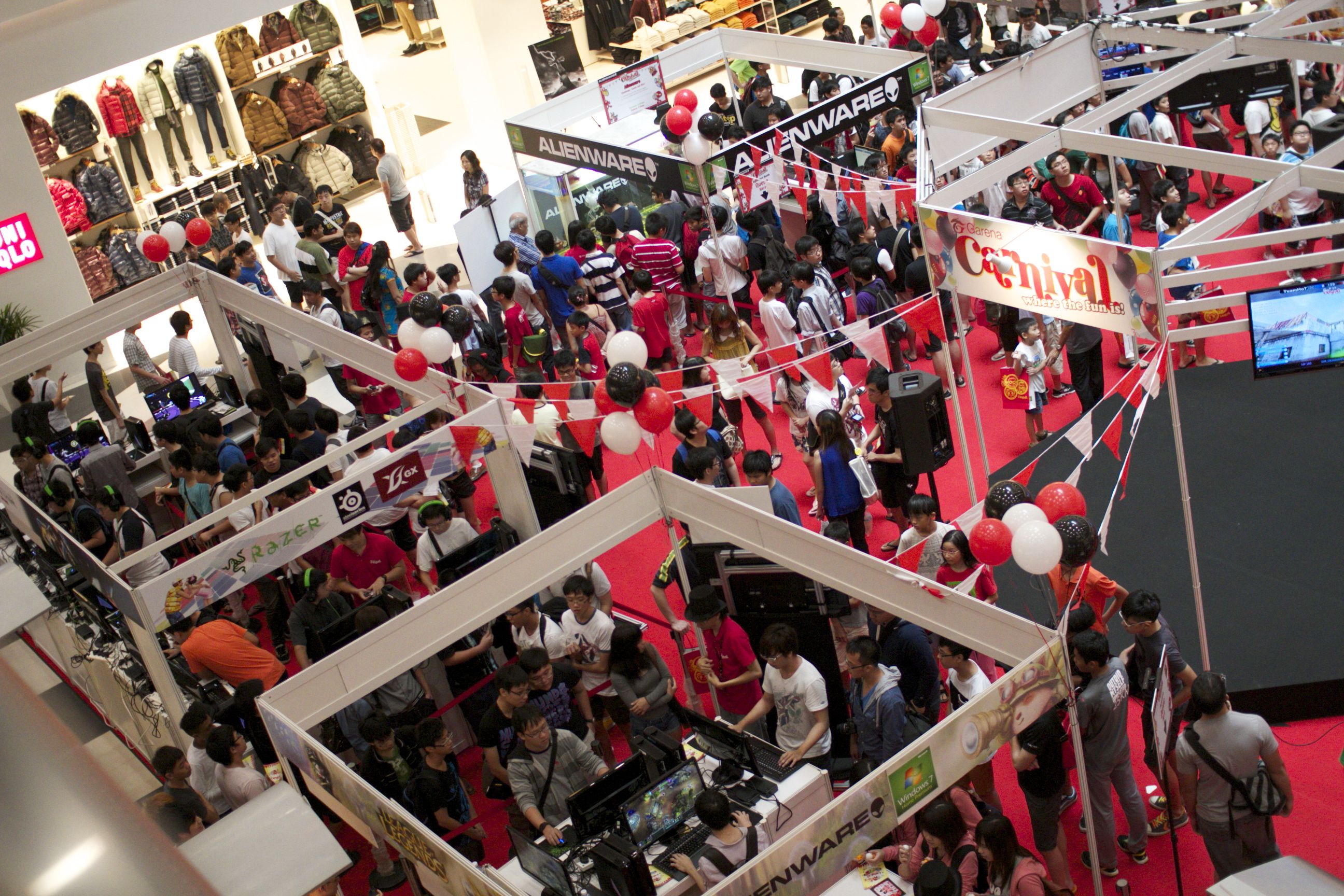 Uncle Sam calls Singaporean gamers to arms all over central Singapore. ‘Did you know that 1 in 4 Singapore youth play League of Legends?’ he questions our teeming masses, pointing an accusatory finger while flanked by two smiling young teenagers, presumably cheered by their League of Legends prowess. The poster he graces urges all viewers to take up their mice and keyboards and register for a League of Legends account today.

Yet the seats were empty and the shouts half hearted at best this Saturday morning at Intel Extreme Masters Singapore when League of Legends teams from all over the world took to the stage for their shot at glory. Teams like EloHell, MeetYourMakers, and Absolute Legends were present, but their fans were not. The lack of the League of Legends community’s presence even led Turtle Entertainment Director of Pro Gaming, Michal ‘Carmac’ Blicharz to tweet the following:

So where is our supposedly overwhelming League of Legends community hiding?

I followed my nose to Bugis+, the shopping mall formerly known as Iluma, to the Garena Carnival this morning.

Garena is an online gaming services provider and distributor with a Singapore presence. The Big Red company could be called a dragon amongst the minnows in the pond-like market that is Singapore, for it holds incredible sway over teenaged gamers. No other distributor can claim the same numbers, or the same community strength. Garena has published some of the most popular games ever to hit Singapore’s shores, namely, League of Legends and BlackShot. Intel Extreme Masters has approximately 42,000 likes on Facebook. Garena’s League of Legends Facebook page has nearly 97,000 likes.

And so it was at the Garena Carnival in the atrium of Bugis+ that I found the Singaporean League of Legends community. The cordoned-off free-to-enter Carnival area was bursting at the seams with them, and not just with children who might be enticed by the lure of free cotton candy and the chance to win an Alienware laptop. In the crowd were young men and women, all looking old enough to be earning their own keep.

16 year old students Shaun Lee and Anders, both League of Legends players, told me that they had gone down to Intel Extreme Masters during the weekday (it’s the school holidays) but that they chose to attend the Garena Carnival today instead.

Shaun told me that he would definitely want to watch professional League of Legends teams play live, because “you hardly get to see them live, face-to-face”. But, if it came down to it, he would chose to go for the Garena Carnival.

“There are more prizes to be won, and more fun games to play,” he said.

15 year old Darrell Oh named me several professional League of Legends teams known to him, but said that he would prefer to attend the Garena Carnival instead. “We are bonding more with people (at the Carnival), rather than sitting there (at IEM) for a few hours,” he said.

More importantly, both boys told me that they were more than psyched to watch the Singapore Sentinels, the country’s Garena-sponsored professional gaming team, in action at the Carnival.

It makes you wonder – would the spectator turnout for IEM Singapore’s League of Legends competition been better had the Singapore Sentinels been a part of it?

The Garena Carnival with its gay red and white streamers and booming music overwhelmed the normally quiet Bugis+ shopping mall. Non-stop chatter from Garena shoutcasters and emcees filled the air, while gunshots, pop music, and the sound of mobs dropping dead in League of Legends games made up the venue’s BGM. Everyone walked about with sticks of candy floss, given out free just by the door. Garena representative Jasmine, who had been kind enough to invite me to the Carnival, told me that 2011’s Garena Carnival had seen about 4,000 attendees. This year, with their own brand new e-Sports arena – Garena Stadium – and the entire mall’s atrium at their fingertips, they are expecting double of that. I have no doubt they will hit that number, with the Carnival’s red-shirted visitors spilling out all across Bugis.

It’s not that StarCraft II has a larger e-Sports following in Singapore. On the contrary, Singapore’s StarCraft II community is stagnating, crumbling at the edges. Many players once active in the local scene have moved on following the explosion of activity Wings of Liberty inspired; the few that remain are stalwart, but faith only sustains, it does not create.

True, the crowd right this moment at the IEM Singapore booth is inspiring; Singaporeans are rarely moved to action, and to see so many of them spectating this prestigious e-Sports tournament touches my heart. But IEM Singapore is also smack in the centre of one of the country’s largest consumer electronics tradeshows. How many of these viewers on-site are spillovers?

Nonetheless, they have helped make the decision. The StarCraft II community might have been small, aided by the curious consumer crowd, even. But the League of Legends community was nonexistent, at least within the halls of SITEX 2012.

Tomorrow, the professional League of Legends teams who have been flown down to play in Southeast Asia’s first Intel Extreme Masters tour stop will not receive any stage time. Instead, we will see the world’s best StarCraft II players grace the big screen – and the international livestream – with their time, their presence, and their micro/macro prowess.

It is a clear message to Riot Games, to the ESL, and to the rest of the world’s League of Legends community. Singapore’s League of Legends players are content with free candy floss, mini-games, and bright red shirts. And come the future of e-Sports in Singapore? That might just be all we get.