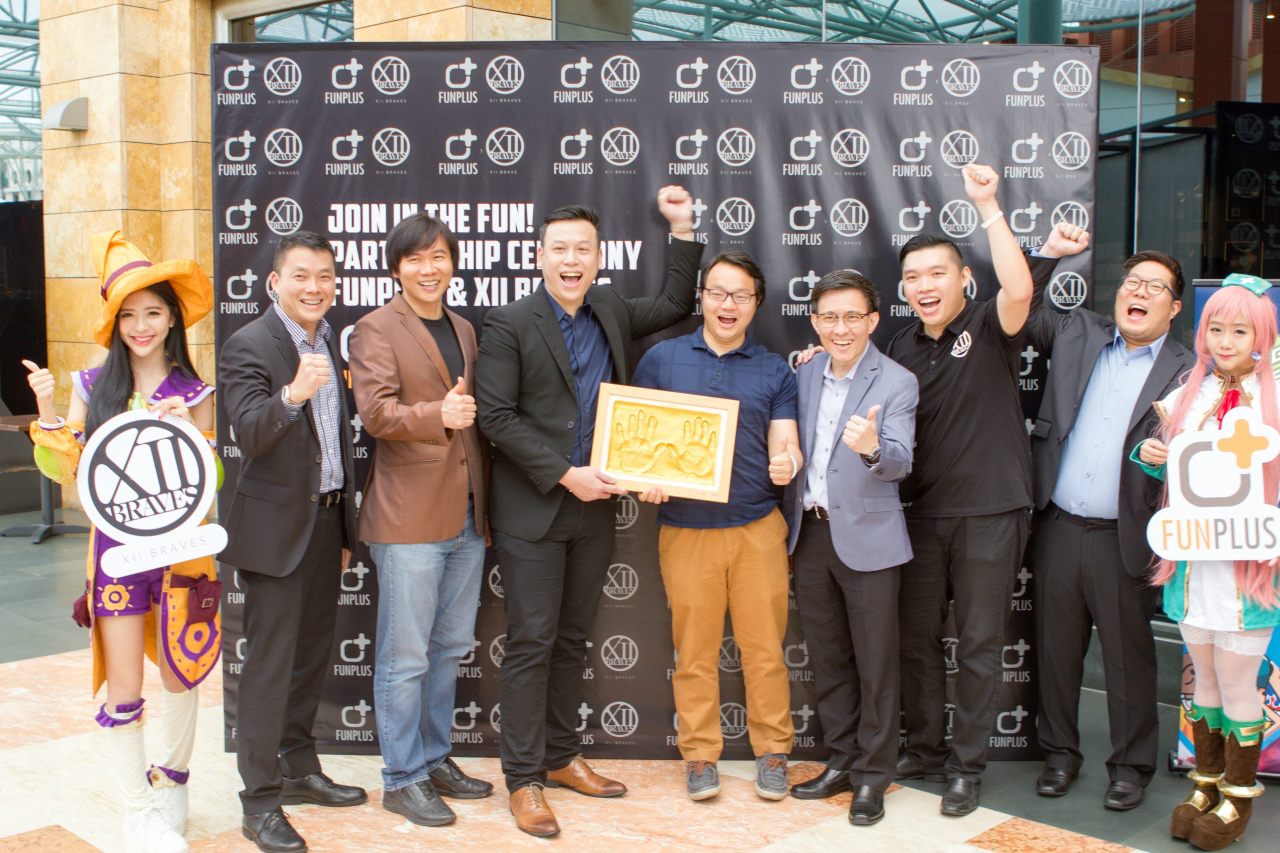 Score one for our nascent game development scene!

The heart of Valiant Force’s combat system is a 3×6 battlefield where “each move counts.” Players fight using squads created from a pool of over 200 heroes, all of whom can be further diversified through job paths and equipment.

To expand on those a little, each of the six classes can progress through a branching, four-tier system that makes for a total of seven job titles. As for equipment, players will get the all-inclusive treatment by looting and crafting weapons, armor, and accessories, including sets.

The game has made public appearances before, such as at last year’s GameStart Asia.

Combining both 2D artwork and 3D visuals, Valiant Force draws upon the legendary Final Fantasy Tactics not only for inspiration but for its soundtrack as well – they managed to get the very same Hitoshi Sakamoto to compose the orchestral music.

XII Braves are veterans in their own right too. Jonathan Leong, co-founder and COO of the company, counts gumi Asia as his former employer. The remaining staff hail from other top names such as Nexon Korea, Gameloft, and Nubee, to just name a few.

It’s little wonder, then, that FunPlus was confident in sealing the deal.

“We are thrilled to obtain the global publishing rights for Valiant Force, possibly the first triple-A mobile game developed in Southeast Asia,” said Andy Zhong, founder and CEO of FunPlus. “XII Braves is also the first developer from Asia we have invested in through our PublishingPlus initiative.”

For a little context, PublishingPlus was created in 2015 to provide independent developers with a transparent, tier-based alternative to traditional publishing agreements. In other words, they take care of financial and operational support while the creators focus on making their game.

Valiant Force will begin a soft launch in selected regions in July 2016.

Before that, XII Braves and FunPlus are organizing a global art contest scheduled to begin next week, so be sure to keep an eye on their Facebook page. Alternatively, head over to the official YouTube channel for overviews on all six classes.

And for those wondering, it’s pronounced “Twelve Braves”.

Ade thinks there's nothing quite like a good game and a snug headcrab. He grew up with HIDEO KOJIMA's Metal Gear Solid, lives for RPGs, and is waiting for light guns to make their comeback.
Previous post Square Enix and Gumi announces Final Fantasy Brave Exvius, available this summer
Next post Gear up for Overwatch with these Razer hardware