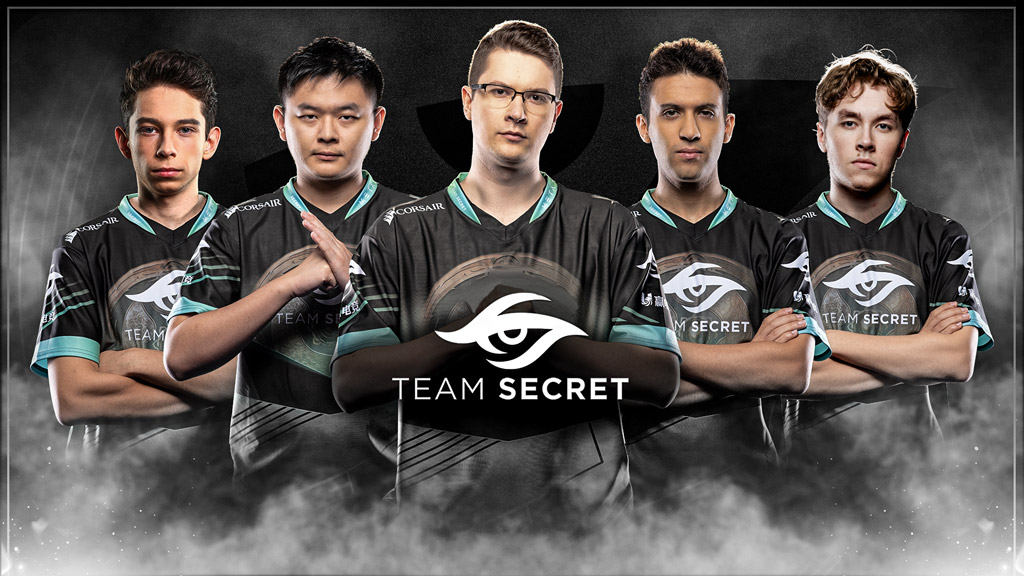 The PvP eSports Championship is taking place this week, and one of the biggest teams from Europe to grace the event with their presence is Team Secret. We had the chance to speak to them prior to their arrival in Singapore on their preparations, motivations and of course…the million dollar questions: Durians, yay or nay.

GAX: The team has competed at major tournaments around the world. How does it feel coming to Southeast Asia as a team?

TS: We are very excited! Team Secret Dota really enjoys travelling to Southeast Asia; we have a huge following there and some of the most hyped Dota events have taken place in the region. Southeast Asia is home to a group of the most passionate fans we have ever met and its always a great privilege to play for them in person.

GAX: The team has faced off with PSG.LGD on more than one occasion and most recently at the ESL One Katowice. How do you feel about potentially facing them again at the PvP eSports Championship again?

TS: PSG.LGD has a lot of respect in the Dota scene, they are arguably the strongest team in China this year and came very close to winning The International 2018. It always feels good to play a challenging opponent, it will be a great test for our new roster.

GAX: How is the team’s confidence at the moment, and how would you rate your championship chances at this tournament?

TS: This will be our first LAN event with the addition of zai and Nisha on our roster, it’s a little difficult to rate our chances right now. However, the team has already had a strong debut securing top seed at the Kuala Lumpur Major so our confidence is pretty high for this event.

GAX: Can you please share with us your training regime leading up to the tournament?

TS: It has been a mixture of playing in official events such as the Kuala Lumpur Major qualifiers and then scrimming and practicing behind closed doors with other professional teams.

GAX: As professional eSports players, how long do you think is an average player’s lifespan in the game? How do you think the eSports industry can better protect a player’s future?

TS: An average player’s lifespan is heavily dictated by their own inner fire. Our captain Puppey, for example, has been playing Dota for easily over a decade now. If a player can stay at a competitive level and remain in demand then the lifespan of their career can be a very lengthy and profitable one.

There’s a lot of things happening in the industry right now to help players shape their future. For ourselves, we open the door for further career enhancements after professional players are done playing. Whether this is within management, coaching or consulting, we feel there’s a lot of knowledge professional players have built up over their years as a player which can be put to good use in future careers.

GAX: What are each players’ plan after hanging up their keyboards and mice professionally?

TS: Our current roster has some pretty young players on it so it’s difficult to say. Puppey, our captain, is also one of our founders within the company so we would imagine once he has finished playing there’s a full range of potential roles he can fulfill.

GAX: What does the team look forward to most in Singapore?

TS: Haha, it’s a bit of both for ourselves, we have a couple of players on the team who love durians. However, they are not allowed to eat them in the presence of Yapzor as he is not able to handle the smell of them.

GAX: When not training and practicing for tournaments, what does the team indulge in for fun?

TS: It’s important to find the right balance outside of the game and doing things together as a group. Outside of training for events, the team enjoys spending time together either watching movies, standups or out exploring.

We don’t usually get much time to explore the countries we visit when we are busy with events so when the time and opportunity arises we tend to make the most of it.

GAX: Any advice for would-be e-sports players who are interested to get into the competitive scene? What differentiates an everyday enthusiast from a competitive player?

TS: I think the best advice we can give right now is just to make sure people don’t make any hasty decisions such as quitting school or work. The pro scene is made up of such a small number of players and these players are the best of the best out of the millions who enjoy playing Dota 2 each month. It’s very difficult to break through the professional barrier and get noticed. We would recommend taking it slow and trying to work your way through the lower tiers, taking part in amateur/semi-pro events and trying to get noticed by pro players, by making a name for yourself on the leaderboards.

Aaron Yip is an industry veteran with more than 15 years of experience. When not spending time on his gaming PC and consoles, he can be found in Hyrule solving ungodly puzzles and collecting gems.
Previous post Win tickets to the PvP eSports Championship!
Next post Review: Not Tonight reminds to never judge a game by its cover