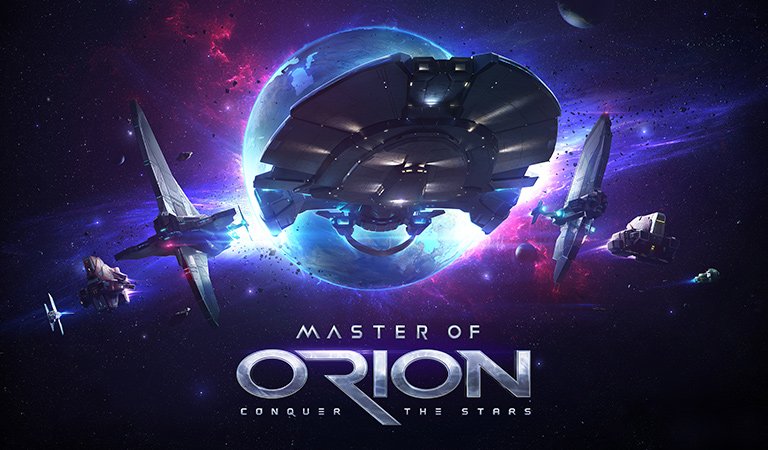 There’s a lot of buzz going on with the new Master of Orion, developed and published by Wargaming. The third phase of the game’s Early Access went live last month and brought with it some important new features.

We caught up with Jacob Beucler, Publishing Product Director for Master of Orion, in Sydney earlier this week to discuss about the game’s development progress. He also shared with us (with refreshing honesty, I must add) some of the pains of going Early Access with the game. Jacob is responsible for development collaboration and player satisfaction ranks as one of, if not the most, important priority.

What do you feel is the essence of Master of Orion that you wanted to retain in the new game?
When we looked back to what Master of Orion was, the essence of it was 4X. We had to keep the characters, the corny humour, the silly lines and comic relief. And of course the depth and the complexity of making meaningful decisions. You got a ton of balance. You’ll want to have a dynamic environment. You want the site maps to be different. There’s a lot that goes into the secret sauce of Master of Orion. 4X games in general have a lot of that. We also want be true to where the IP came from and being honest about it. What it is. What it isn’t. What people loved about it and what people hated about it. It’s a polarising conversation, so for us it’s the look, feel, depth and complexity.

Besides the originals, were there any other (4X) games that influenced the development of the game?
It’s been a long time since the last Master of Orion game. We’re looking at the 20th anniversary of Master of Orion II this October, so there’s been a lot of games since then. A lot of good games. So it’s good practice to be looking into things to be inspired by. We do that all the time.

So we’ve looked into a lot of really good 4X games and we’ve looked into the bad ones. In all 4X games, there are always good things to learn from. Although some games will have better things than others. We are always inspired by other products and we want to be able to build on the expectations of those players. We are delivering to that core audience after all, so we have to pay attention to what (games) have been out there.

You spoke of the core audience. Obviously the Master of Orion franchise is close to the hearts of many of the older hardcore gamers. What have you done to make the game relevant to new players as well then and yet not alienating this core audience?
Accessibility without compromising depth has been one of the balance points for us. So that should hopefully appeal to new users. For us the priority is to deliver a really great reboot of Master of Orion to the core audience. We also would love to adopt new people into the game. We could grow a market and help people be aware of cool things. And I expect some of the older gamers will see if their kids are interested with the game. So ultimately, we want it to be accessible new players, but also careful not to lose the depth of the game that many older gamers of the franchise are familiar with.

How do you do that? Are there any features you’ve stripped away from the old game or any new features that you have put in to fine-tune this balance?
I don’t think it’s about adding or taking away. It’s more about making a balanced product. We made a couple of decisions we knew would polarise our audience. We knew it would. The wormholes in the star map is one of those decision, and I think the real time battles is another. For us, it was the best decision to provide a well-rounded experience. It isn’t about adding or cutting. It’s about trying to make good decisions to support the whole product.

Are there any new features in the new game that’s not in the older titles that you can talk about?
The tech tree is probably a good example of that because when a lot of people started playing the game via Early Access, they commented on how the research was displayed in a pretty nice way similar to Sid Meier’s games. If you look at Master of Orion II, you got a different presentation of it. We wanted to make it more accessible so part of that was building in a tech tree, which allows player to make more meaningful decisions about one tech tree, and where you want them or trade them diplomatically.

It’s a good example of trying to stay true to the IP with technologies but also implementing something new that was accessible for new users.

What were some of the most difficult challenges that you have faced to date?
We’re still dealing with the most challenging part of the game, which is the game’s balance and AI. A lot of the early feedback from Early Access talked about how the AI could be beaten very easily. We had to look at balancing that and we are working hard still to get that fine-tuned. That’s the biggest challenge.

In general terms it’s not that difficult to look at a 4X game and find the recipes for it. It’s not a new genre. Master of Orion defined what that genre was back in the day, so the recipe for a game like this already exists. It’s all about the implementation. The final product matters in how we balance it and how smart our AI can be, and how clean the User Experience can be.

You have mentioned Early Access quite a few times. How has that been so far?
It’s been humbling. We put this game out and a lot of these fans feel like it’s their game. We may own the IP, but clearly it’s their game. So making that connection with the fans is why we’re doing Early Access. I greet them all with open arms, I hear them and read all their comments and feedback. We take the good with the bad and it’s important that we listen to them.

There’s a truth in almost everything you read in these posts and feedback. It was a core strategy for us. We walked into this knowing people was going to feel like this was their game, to tell us what we need to do to deliver to their expectations. This feedback loop has been great for us. Players matter. Happy players matter the most amongst everything.

We’re not rushing this product out. We’re trying to make the best possible game and we can’t do that without the feedback from our customers.

Why a reboot of the game, and not a sequel?
I think when we first got the IP, we knew we wanted to do something new with it. And then you got the conundrum of who the core audience is. We asked why and who are we building this product for? It’s really important for us to deliver on what the IP is. We don’t want to take it into an entirely different direction. Master of Orion is our reimagining of the IP. To reintroduce the IP. We want to get it right from the start.

Would the game have taken a very different direction if the team had decided to pursue a crowdfunding campaign for the game instead?
Had we “Kickstartered” this game, we’d still be obligated to deliver on what was promised. I think it would have ended up in a different place. How different, I don’t know for sure. We went to Steam and GOG for our platforms as that’s where our audience is. I’m not sure if I would be speaking immediately to our core audience if we went to Kickstarter. We got a really great core audience from Steam Early Access with lots of players and feedback from a very active community. We might not have gotten these from Kickstarter.

Any parting words from our readers?
Please continue to provide feedback to us. We’re three phases into Early Access with more on the way. We’re going to make Master of Orion a high quality game, so please keep talking to us.

Aaron Yip is an industry veteran with more than 15 years of experience. When not spending time on his gaming PC and consoles, he can be found in Hyrule solving ungodly puzzles and collecting gems.
Previous post Phantom of the Kill out now for iOS and Android
Next post Catch Warcraft at Capitol Theatre for a free copy of WoW (Updated)