Home / Breaking News / In photos: Dragons, beasts, and puzzles at the Singapore Zoo and River Safari

In photos: Dragons, beasts, and puzzles at the Singapore Zoo and River Safari 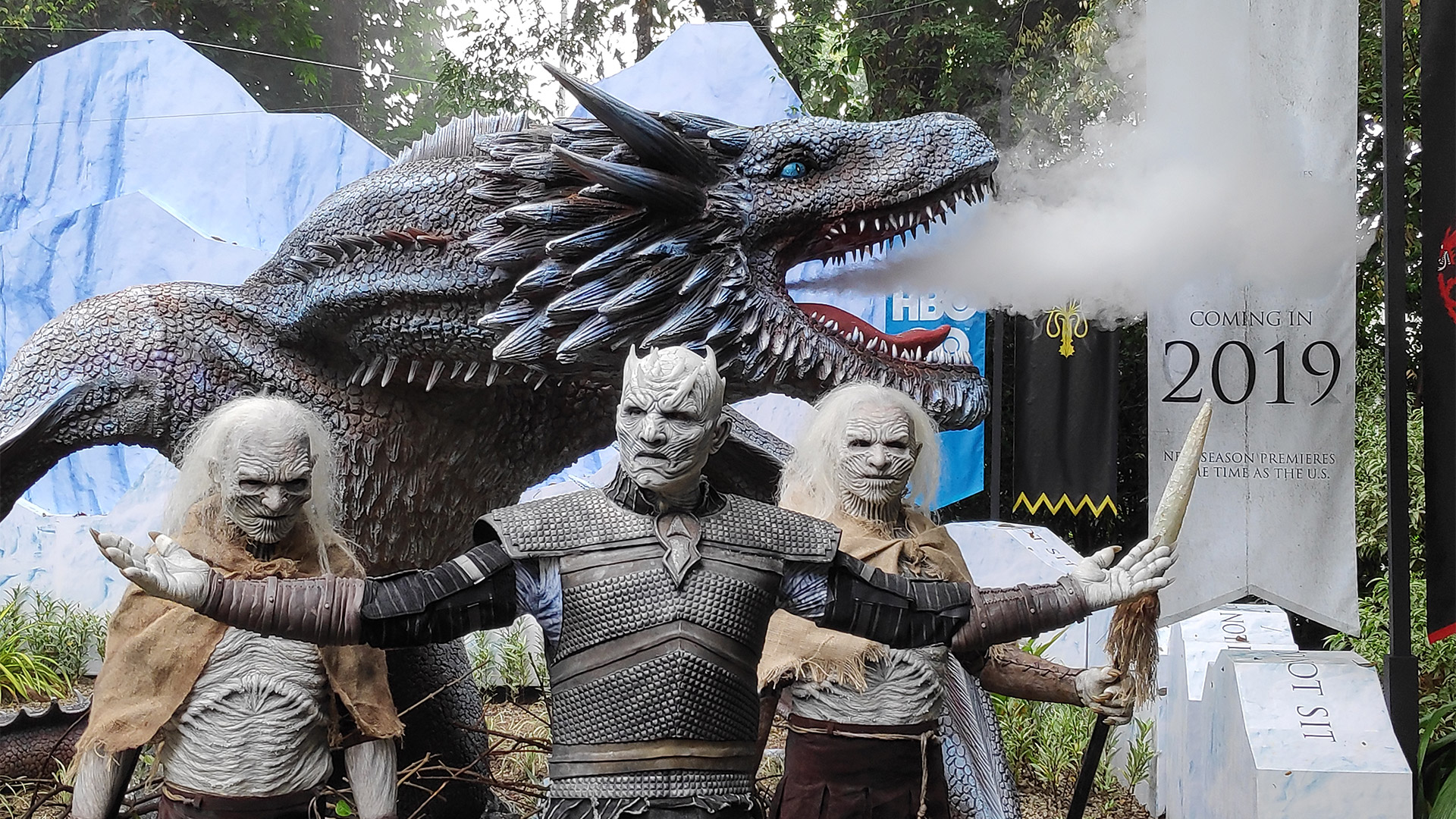 From the Greek cyclops to the Chinese lóng and West African Ninki Nanka, legends have come back to life at the Singapore Zoo and River Safari.

The two wildlife parks are featuring mythical bestiaries for their year-end events, riding on pop culture appeal for a bit of family and educational fun.

Read on for a preview of the special zoo exhibition (guest starring HBO’s Game of Thrones), or skip ahead to get an early peek at Lockdown Singapore’s escape game at the River Safari.

The Dragons & Beasts exhibit at the Singapore Zoo (near the Treetops Trail) brings 17 animals to animatronic life, complete with sound, smoke, and water effects to arrest any kid’s attention. 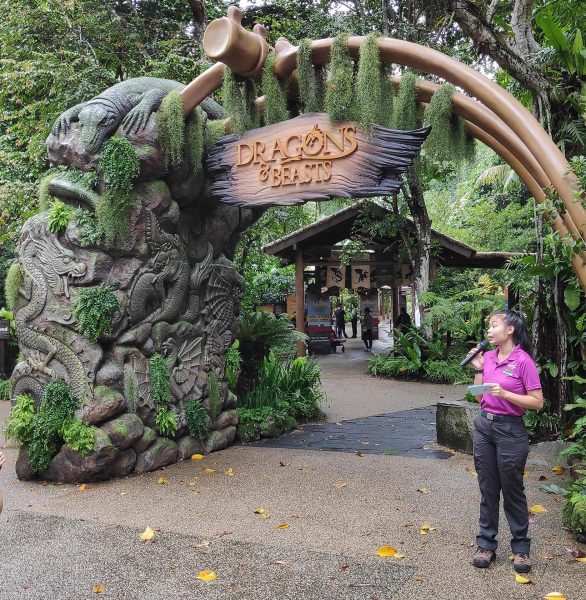 Younger visitors also have activities lined up for them on the event days, embarking on research trails or getting up-close with living beasts such as the bearded dragon.

Since these mythical creatures are rooted in reality, each exhibit comes with a plaque taking a stab at their origins. 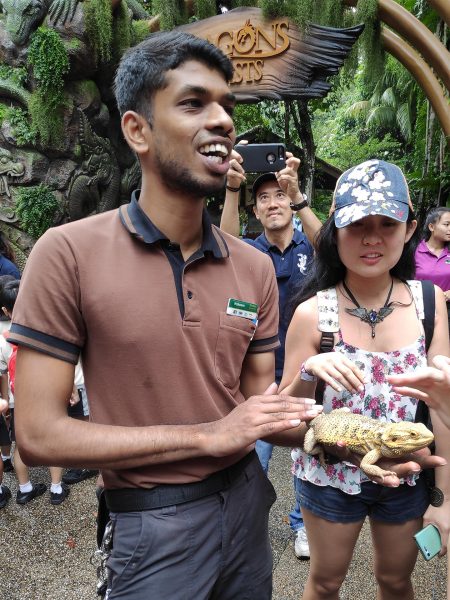 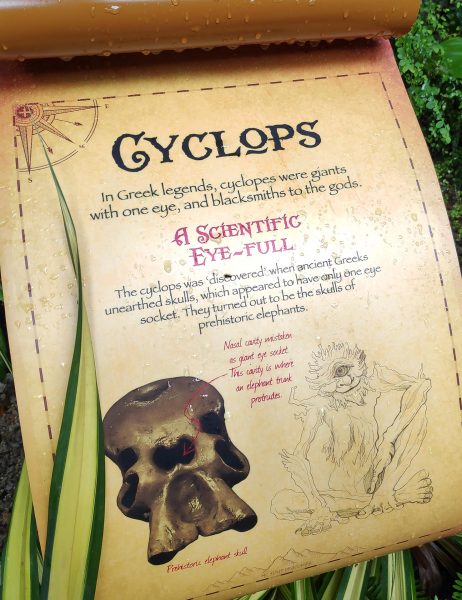 For instance, the Japanese Baku — a yokai that protects children by eating nightmares — bears a striking physical resemblance to the tapir.

The Lithuanian Slibinas, on the other hand, may have its three reptilian heads traced to the regenerative properties of geckos. 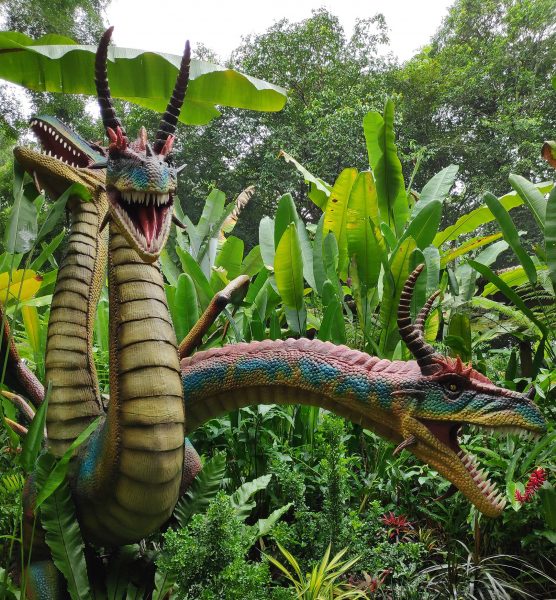 It even ties back to their conservation efforts. Unicorn horns were said to have magical properties, and the zoo links it to ongoing measures to protect rhinos and their horns, also believed to have medicinal benefits. Coincidentally, there used to be rhinos with horns on their foreheads too, which may have sparked the unicorn myth in the first place. 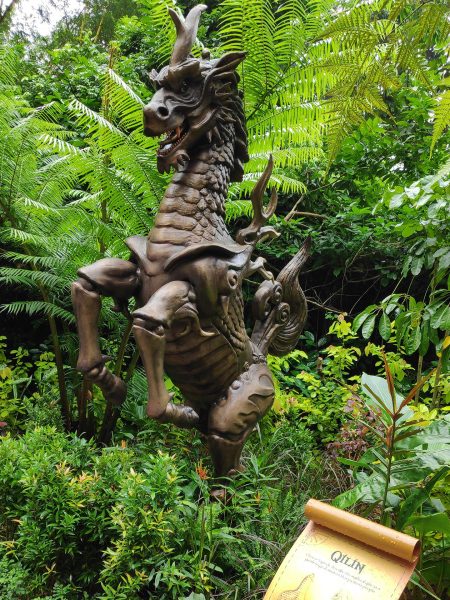 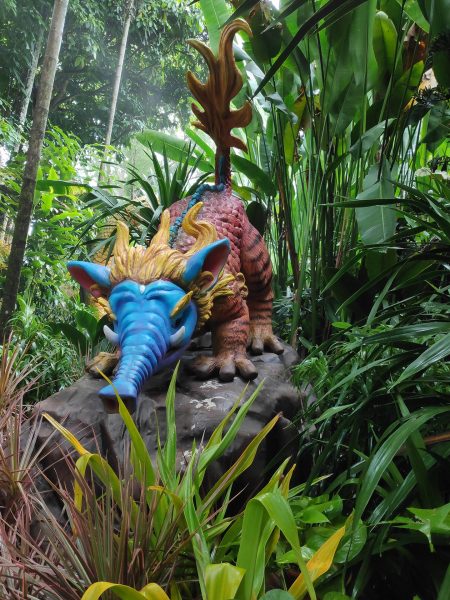 It’s all a fair bit of geeky fun, the fruits of the zoo’s research labors. We’re told that their content writing team spent an afternoon at the National Library sourcing these myths, narrowing their vast findings to a selection that balances popular creatures with their lesser-known brethren. 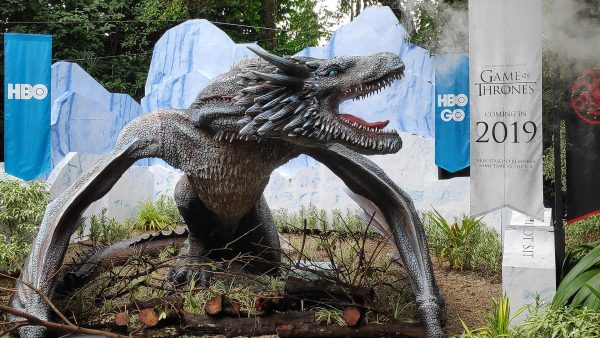 Of course, the crowning highlight is a massive frost dragon from Game of Thrones. An official collaboration with HBO Asia, the 3D replica is accompanied by convincingly good Night King and a pair of White Walkers — definitely a photo op worth taking. 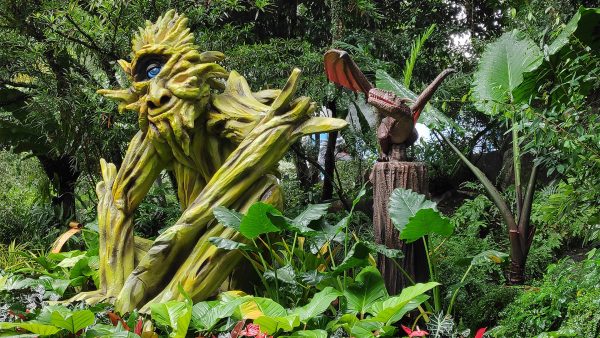 While a great addition to the zoo’s exhibitions, it’s not exactly something you’d plan a trip all the way to Mandai for. Rather, it’s a great push for visiting the park if you haven’t gone in a while, and the rainy season helps combat the usually scorching weather. However, the absence of the Fantastic Beasts universe does feel like a missed opportunity since the latest movie premieres this week.

For a little mental flexing pop by the neighboring River Safari for the River Lockdown game. Held in collaboration with escape room specialists Lockdown Singapore, the course presents teams with a Jumanji-like scenario that players must “escape” from.

No, they aren’t shackling you with explosives-laced necklaces or deploying big game hunters from the 1800s — nobody’s stopping you from leaving, really — but you do get an appropriately-dressed game master to accompany your party throughout. 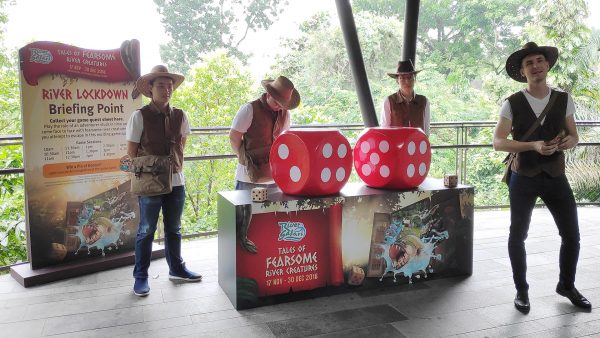 The “room” in this instance is the entire River Safari park. Players are presented with a game board to mark their progress, rolling a die to determine which puzzle card they unlock. There are six in total, with each symbol corresponding to an exhibit.

Technically these exhibits aren’t of mythical creatures but of dangerous sea life, part of the larger Tales of Fearsome River Creatures campaign now happening at the park. 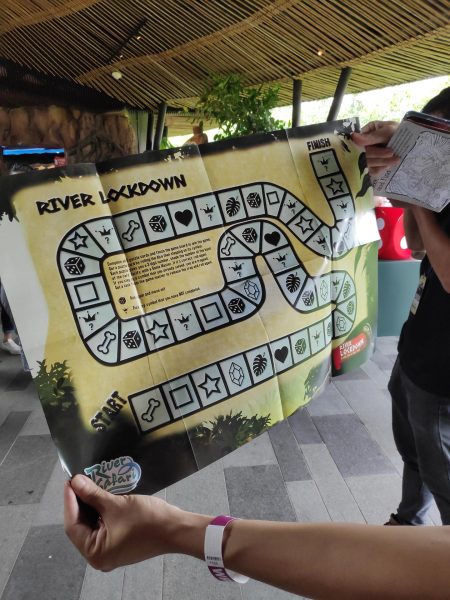 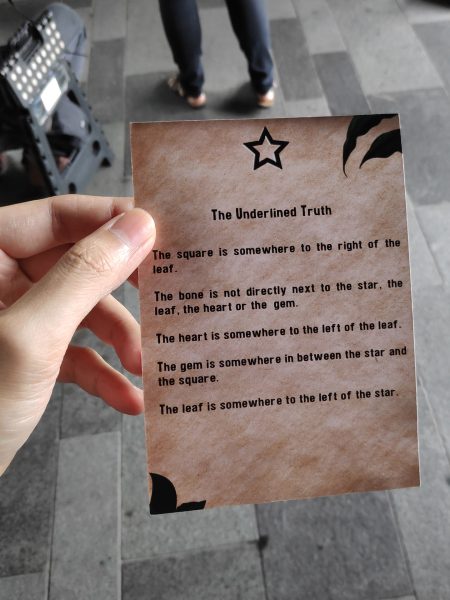 The puzzles themselves are well thought out, requiring your powers of observation, comprehension, and abstract thinking to push through. The game masters are happy to drop clues whenever your team is struggling but part of the fun is in figuring things out on your own. Difficulty-wise, we reckon this would be suitable for secondary school students and older.

After solving all six puzzles, teams must combine the cards to form the final clue (note that this requires red-tinted glasses which are provided). Beyond that, players will keep on rolling the die to reach the end of the game board, clearing traps on the way. Unfortunately, we didn’t have enough time to see what exactly those traps entail. 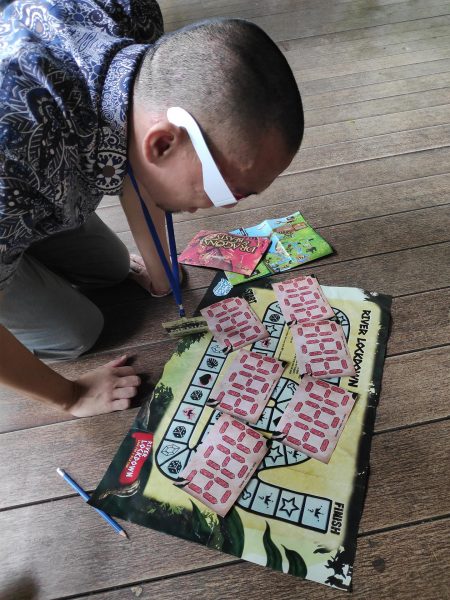 The River Lockdown is definitely a great way to engage older visitors, considering how most games at the parks are targeted at children. It may not have the pressures of time and a nicely decorated room to work in, but escape room fans ought to enjoy this different take on the activity.

Just be prepared to do quite a bit of walking, as we circled the entire park to finish the game; if lady luck wasn’t on your side, that might even mean a considerable amount of back-tracking.

If you want to dig deeper then check out the official sites for Dragons & Beasts and Tales of Fearsome River Creatures for more info.

Ade thinks there's nothing quite like a good game and a snug headcrab. He grew up with HIDEO KOJIMA's Metal Gear Solid, lives for RPGs, and is waiting for light guns to make their comeback.
Previous post The 8th season of Game of Thrones premieres in April 2019
Next post You can now see Nvidia’s real-time ray tracing in action with Battlefield V