Impressions: The Neo Geo Mini is a great throwback to 90’s gaming 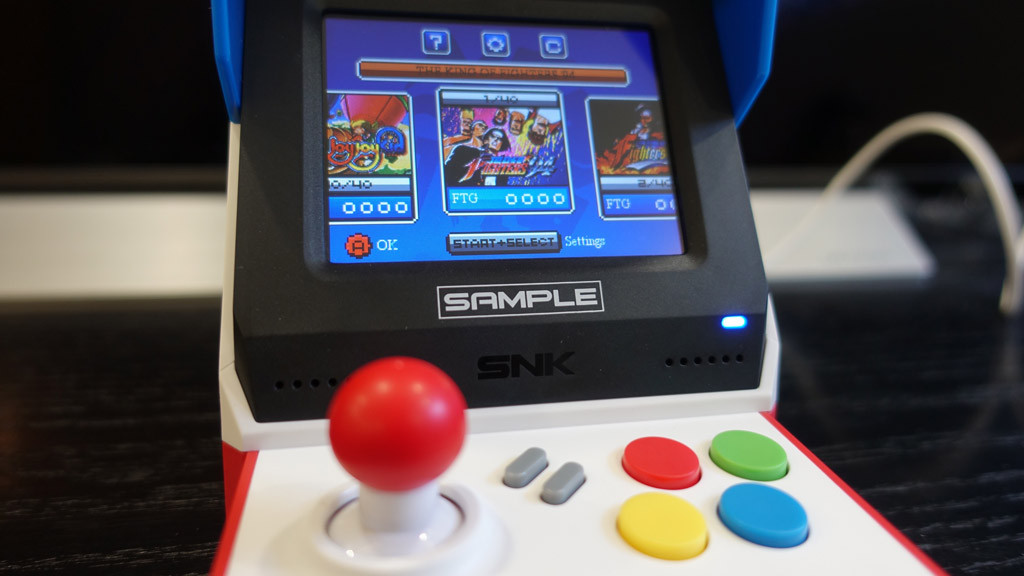 If there’s anything that Nintendo’s NES and SNES Classic Edition consoles have shown, it’s how there’s clearly a market for retro gaming. With the Neo Geo Mini, SNK is hoping to trigger that same emotional joy you had as a kid button mashing away Neo Geo classics the likes of Art of Fighting and King of Fighter.

We have covered the announcement previously but now thanks to regional distributor, MegCD, we managed to spend a wee bit of time with a sample unit for a quick impression.

Like the NES and SNES Classic systems, The Neo Geo Mini comes pre-loaded with games as well – 40 games to be exact. But SNK added a neat twist by including a 3.5-inch LCD screen and built-in controls; and since you can plug the Neo Geo Mini to a USB outlet (and even a portable power bank), it makes for a pretty fun party device or for when you’re flying. As if taking a cue from Nintendo, SNK will also be releasing two different sets of the Neo Geo Mini console. The Asia set, not surprisingly, will be launched for the Asian market including countries in Southeast Asia. The International set will only be available in the Americas and Europe. 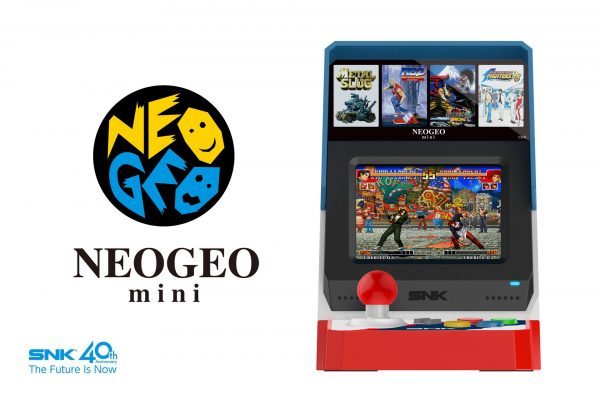 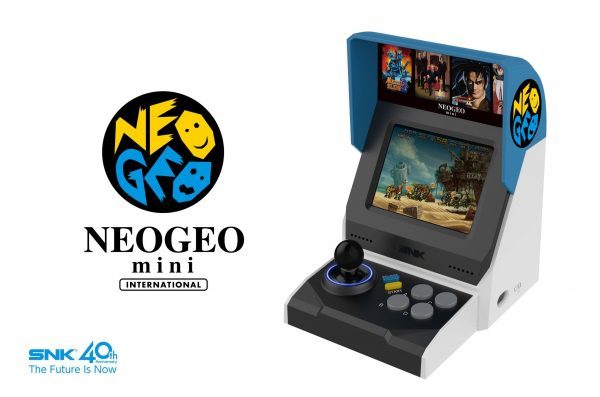 Aesthetically, both the Asia and International sets are similar – with a couple of slight colour differences – so personally speaking, there’s no compelling reason to get both. Unlike the NES and SNES Classic consoles, where I thought the Japanese version (known as the Famicom and Super Famicon respectively) had a more remarkable (and different) design.

There is also a slight difference in the games line-up for the Neo Geo Mini’s Asia and International sets: Perhaps more crucially, I found that that most of the in-game content in the Asian sample unit retains its original Japanese language – even if the system menu is available in English. This is assuming the games in the International set will be in English. Personally, this isn’t a deal break for me, but it could be for some of you.

On the selection of titles, I also wished SNK had added a wider variety of titles. Surely gems like Aero Fighters 3 and Spin Master deserved to be in the list and…do we really need 10 King of Fighters games in the Asian set?

Still, there’s no denying that the Neo Geo Mini and its replication of the original red MVS cabinet design has a unique charm to it. More so than Nintendo’s take on their NES/SNES consoles. Whenever I showed it off to friends and colleagues, male and female alike, the same adjective always comes out: it’s adorable.

That, its versatility (you can play the console without a TV, after all) and price tag of S$159 makes it my choice as a ‘party’ and fun console over the NES and SNES Classic Edition consoles. SNK will also be releasing the Neo Geo control pads in two colours, black and white, at S$39.90 each. Playing with the controllers is a no-brainer, if you intend to hook the console to a television.

The Neo Geo Mini will be available at retail from 24th September onwards. But if you’re keen to get your hands on it earlier, you can pre-order one at e-commerce site Lazada (for Singapore and Malaysia customers) and have it delivered on the 17th September.

Aaron Yip is an industry veteran with more than 15 years of experience. When not spending time on his gaming PC and consoles, he can be found in Hyrule solving ungodly puzzles and collecting gems.
Previous post Day 4 of The International 2018 – NA vs. the World
Next post The International 2018: OG upsets the entire tournament, wins the grand finals