Hearthstone: Rising Above the New Wave of Online Card Games 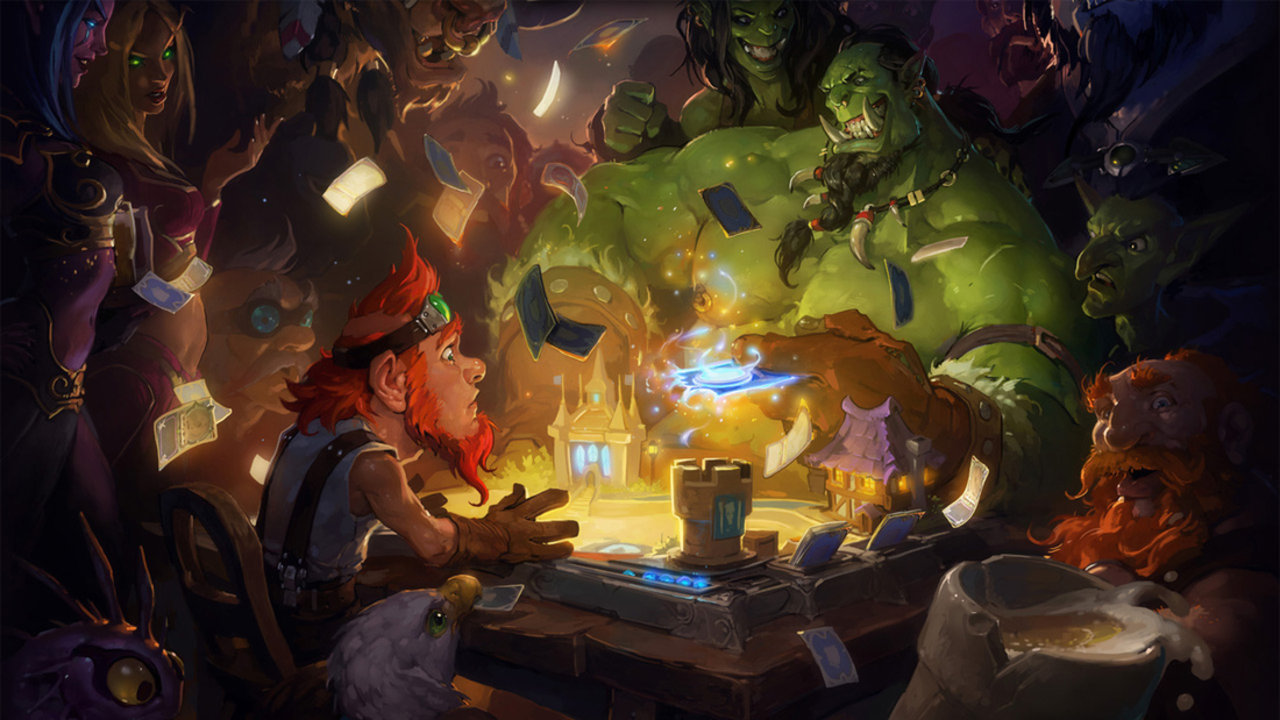 There must be something about Hearthstone that cannot be said for other new releases in the past few months. During its closed beta, the game has been touted as a possible legitimate eSport, with independent tournaments and competitive games watched by the thousands on Twitch. Access to the game was limited for a very long time and beta keys were so valuable that they even fetched as much as $100 on eBay.

So, what exactly makes this collectible card game so special? The graphics isn’t something to be excited about; and the gameplay isn’t groundbreaking. Its client is still filled with bugs and crashes, cards are still limited, and the friend and chat system are as terrible as it has always been. Ultimately, though, none of these matter because at its core, Blizzard’s newest creation is a game that has depth – even more depth than Diablo III could ever offer, dare we say.

What Hearthstone Did that HEX Didn’t

After playing about two to five hours a day for two weeks since I received my precious beta key, I can say that I have memorized what each and every card does. I can already make advanced combos without thinking too hard. I have devised strategies on how to effectively mulligan my hand. Should I hit the face or hit the cards? These are basic strategies that are surprisingly easy for anyone to learn. Blizzard’s small team of Hearthstone developers obviously went for the more logical approach – design a game with simple, easy-to-understand mechanics without sacrificing depth.

This is where, I believe, Cryptozoic’s HEX: Shards of Fate got it wrong. With Magic: The Gathering as the Bible of all things about online and offline card games, the challenge is to create something unique but not alienating. Hearthstone is very much similar to Magic: The Gathering, but in a more casual setting. Magic has evolved into a highly complex game, which frankly, created a barrier between the long-time enthusiasts and those new to the Magic universe. Hearthstone settled on less clutter during release, while HEX opted for a more convoluted system.

To give credit, I acknowledge how HEX is incorporating many elements of a traditional RPG to this untapped genre. However, on a mechanics perspective, nothing really stands out as an innovation. Such a shame for a game that had so much promise, only to be riddled with overly complicated rules such as tapping, resources, and the battlefield itself, which do nothing but remind players how Magic: The Gathering is a much superior game than this one. Hearthstone, while very familiar, is light and whimsical. The card text is easy to learn. It doesn’t take more than ten seconds to figure out what a Deathrattle, Windfury, or Taunt mechanic interacts with each other.

The great thing about this design philosophy (of maintaining a simple gameplay paired with vibrant aesthetics) is obviously an answer to the video game industry’s inevitable paradigm shift.

Blizzard announced in the past that Hearthstone will be available for the iOS platform. No surprises here, since everything on the board – the cards, the pegs, even the backgrounds, seem like they were made for fingers to tap on. The fantastic animations work wonders on the iPhone 5S. While the card effects may not look special for casual PC users, those who will take advantage of the smartphone’s A7 chip (a desktop-class processor as mentioned in O2’s feature of the phone) will definitely notice the effort animators have put into it.

HEX and Might & Magic: Duel of Champions haven’t announced any mobile functionality, but it’s pretty safe to say that we should be expecting it. As Blizzard released the game for open beta and gears up for mobile users a few months from now, a new era will be starting. Video game titans will perhaps recognize the mobile market as a viable place to venture into. High-quality games such as Blizzard’s Hearthstone might be the first step for others to follow.

As of the moment, it seems like the game is continuing to impress more and more players. What World of Warcraft did in the realm of massive multimedia online role-playing games, Hearthstone: Heroes of Warcraft could possibly do for the smaller but equally exciting world of card games.

Taylor Jennings is a passionate video gamer and freelance writer. He spends most of his time browsing the internet for great titles to critique, new blogs to write for, and new achievements to complete on Xbox Live. Talk to him on Twitter.

Aaron Yip is an industry veteran with more than 15 years of experience. When not spending time on his gaming PC and consoles, he can be found in Hyrule solving ungodly puzzles and collecting gems.
Previous post Flappy Bird Creator is Dead….NOT!
Next post Review: The Banner Saga (PC/Mac)