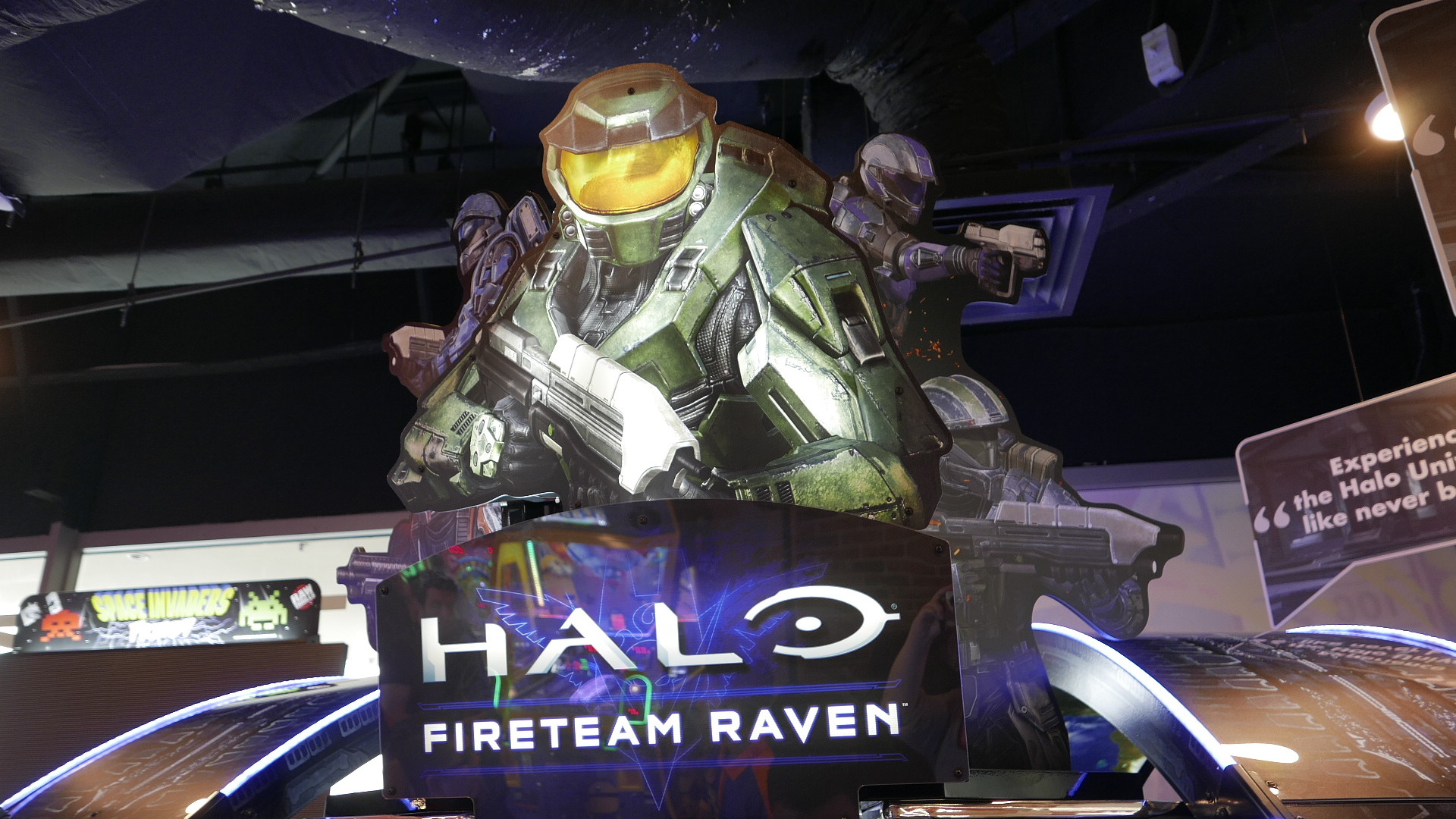 Launched on the 27th of July, Halo: Fireteam Raven hits the ground running. Halo cosplayers and Power 98 DJs were on-site as part of the event at Timezone VivoCity. We were lucky enough to be one of the first in Singapore to try out this new 4 player arcade shooter at Timezone Singapore’s flagship arcade.

Halo: Fireteam Raven is as gorgeous a machine as it is huge. As a four-player on-rails shooter, it packs a 130-inch widescreen with 4K gameplay and 5.1 surround sound. The game is a seated experience, does away with the traditional light pistol/rifle and instead comes with a turret instead.

The game itself takes place in within the Halo: Combat Evolved timeframe. Players will take on the role of Orbital Drop Shock Troopers (ODST) stationed onboard the Pillar of Autumn. This means that you will get to fight alongside Master Chief during the events of Halo: Combat Evolved.

The gameplay itself, as mentioned, is a simple on rail shooter. The turret is a pretty sight with a coloured panel running down its barrel. It also provides haptic feedback mirroring the bark and retorts of an Assault Rifle or even that of a Rocket Launcher. The turret did feel a little off when it is used to control weapons like the Assault Rifle or even a Plasma Pistol. The dual triggers on the turret also felt a little underutilise because of this.

The game itself will let you go through many of the iconic weapons within Halo: Combat Evolved. Classics like the Assault Rifle, Shotgun, Plasma Pistol and even a Needler. Unfortunately, the game does not include secondary fire like the charge shot of the Plasma Pistol.

The main complaints about Halo: Fireteam Raven is that the game is very linear in both the story as well as the weapon choices. One might expect to be able to switch in and out of weapons after killing enemies but that is not really an option here. Instead, weapons are ‘picked up’ as you go along the missions and switched out after a while. The game can feel quite samey after awhile with Banshees doing the same predictable loop around for a headlong attack run.

That said, we did not manage to get to the level where the Flood becomes an enemy due to our limited playtime. We would expect that with the introduction of the Flood, the repetition of enemies might be slightly alleviated. All in all, Halo: Fireteam Raven is still an enjoyable arcade shooter that never really slows down. It keeps you on your toes and is definitely worth trying out at least once. 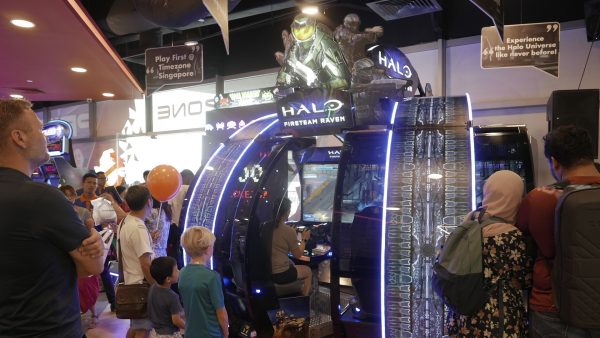 Halo: Fireteam Raven is currently only available at Timezone Vivocity. The pricing per play is as follows

A bullet fired is better than two in the chamber
Previous post GAX Deal Alert (27/7/18): NES Classic, Vampyre and so much more
Next post Sea of Thieves revisited: as bony as the undead