Home / Features / Guess Who Made All of Assassin’s Creed Rogue’s North Atlantic Region?

Guess Who Made All of Assassin’s Creed Rogue’s North Atlantic Region? 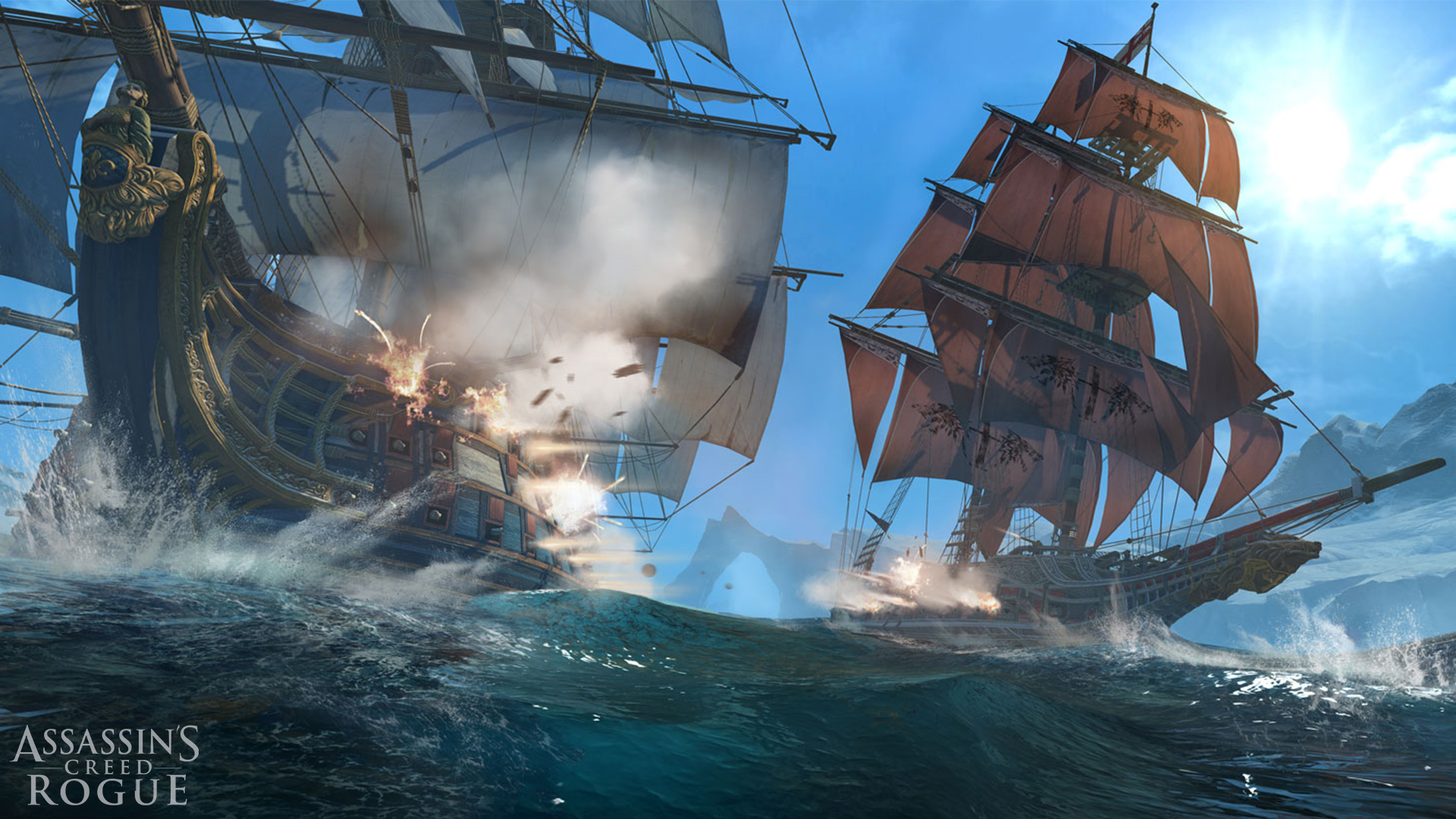 As all eyes turned to watch Assassin’s Creed Unity struggle through stormy seas, a second vessel launched from port Ubisoft to little fanfare. Despite flaunting all the hallmark colours, design and history of the franchise, Assassin’s Creed Rogue barely received any marketing in the wake of its bigger, shinier sibling.

AC Rogue has something the series direly needed for some time: a different perspective, and not in terms of locale or time period either. Players finally get to see events from the Templar side of things, fending off Assassins hiding in haystacks (you’d think people would have caught on by now) while uncovering more of its twisting plot. For you see, players don’t take on the role of any regular Templar — they play as Shay Patrick Cormac, a former Assassin. Being a sequel to 2013’s Assassin’s Creed Black Flag essentially promises us one thing: glorious naval combat, made right here in Singapore.

Returning to work on more high-seas adventuring is Ubisoft Singapore, who contributed significantly towards AC Black Flag’s praised naval gameplay. This time round they were handed an even bigger responsibility.

“For AC Rogue, the Ubisoft Singapore team created the entire North Atlantic world, including the ice technology and all missions and locations therein,” explains Associate Producer Karl von der Luhe. This included work on adaptive weather technology, granting us the Northern Lights on a clear night sky or crippling visbility during snow blizzards.

The North Atlantic makes up a third of the game’s free-roam regions, so it’s safe to say the team was kept busy. All that content was on top of the naval gameplay, ship construction and ocean simulation, which remained fully under the local studio’s control. Icebergs, for instance, can be broken by your ship to offer certain advantages — both tactical and financial — whilst out sailing across the frigid waters. Compared to the brief snowy segments in AC Black Flag, there’s plenty of snow-crunching and ice-cracking to be done in Rogue, not to mention narwhal hunting.

“The new charge ram, burning oil and puckle gun adds a new layer of strategy to our naval content. We believe that Assassin’s Creed Rogue represents a true maturity of the Assassin’s Creed’s naval battles – we’re really happy with the breakthroughs that we’ve made,” says Paul Fu, associate lead design.

Given the project’s larger scope we expected there to be quite a lot of new hires. Associate Produer Ian Ng tells us that while they did hire it wasn’t by much, attributing the reduced need to expand on “improved production methods and more efficient processes.” We’re pretty sure that smartly recycling assets helped too.

“Whenever building a team for a new project, we ensure to have a good mix of people that have worked well together on previous projects as well as fresh blood,” says Von der Luhe. “Our hiring process is thorough as we seek the ideal candidates for the job at hand – they need to fit the Ubisoft culture and have the talent and passion needed to create AAA quality for Assassin’s Creed.”

The final team wasn’t restricted to just Singapore or Southeast Asia. Members hailed from far-away places like Canada, fully utilizing Ubisoft’s global network of offices. With several games under the leadership’s collective belt, they successfully managed to strike a balance between guiding newcomers and bringing a massive title to fruition.

“Cool ideas are implemented by almost everyone on the production floor, from small realization touches like covering a rocky outcrop with Greak Auks (from the penguin family) to defining how ice ingredients will enhance naval gameplay,” shares Von der Luhe. Tapping into all the different experiences and perspectives that a diverse group brings is certainly valued as a strength there.

The men and women behind Ubisoft Singapore have achieved quite a bit since its inception. They’ve had a hand in seven Assassin’s Creed titles — of which their latest is easily the most impressive — as well as leading development for Ghost Recon Phantoms. All those years have resulted in a strong team, one which they’re constantly looking to expand with the right people.

“The game industry as a whole is a very talent-hungry one, and it’s not much different in Singapore. This applies to all sorts of roles; Artists, Designers, Engineers and Producers, amongst others,” begins Ng.

“In the 6 years since we started in Singapore, we have already seen a tremendous growth in this regard. Singapore as a country has done a lot to push this eco-system already, with more schools offering relevant curriculums, government initiatives to encourage learning and development, and many others. Young people today are getting more and more exposed to this industry. Ubisoft Singapore shares this vision, and is constantly getting involved with local and regional schools, various government agencies, as well as the local community.”

With this much potential at hand and in the future, one could say that the studio is more than ready to tackle an original game of their making. Ubisoft skirted around the question when asked but small-scale projects like Child of Light and Valiant Hearts: The Great War proves that doing so is possible within the company.

While the Assassin’s Creed games have been of tremendous help in getting the Singapore team started, the franchise is in serious need of a break right now, even with the new Templar perspective going on. Doing so also opens a great opportunity to see just what Ubisoft Singapore can achieve without the restraints of an established license.

We’re definitely curious to know what’s next for the team. In the meantime, whenever you play AC Rogue and go spelunking in an ice cave, just remember that all of that and more has been made in an office minutes away from one-north station.

Assassin’s Creed Rogue is out now for the PlayStation 3 and Xbox 360.

Ade thinks there's nothing quite like a good game and a snug headcrab. He grew up with HIDEO KOJIMA's Metal Gear Solid, lives for RPGs, and is waiting for light guns to make their comeback.
Previous post Theatrhythm Dragon Quest Announced for Nintendo 3DS
Next post Test Running Halo 5: Guardians Multiplayer Beta