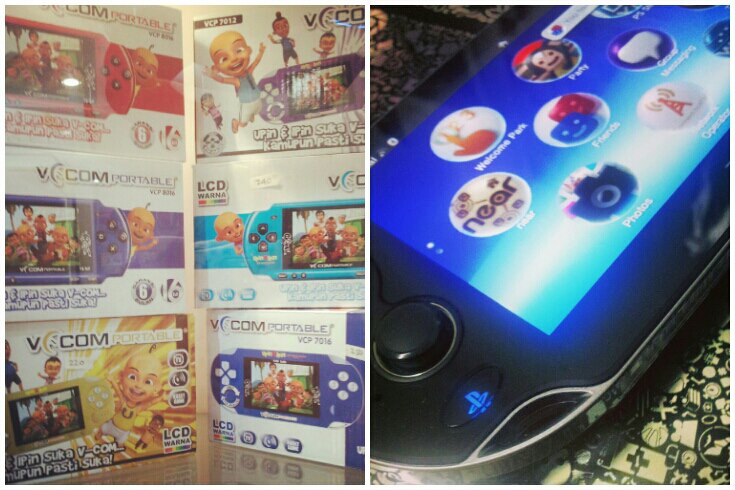 Piracy – once an indefatigable hydra in Singapore waters – has long since been subdued by the growing accessibility and affordability of original games here. But it is still going strong in Indonesia, a country where the GDP per capita is US$3,512, compared to the US$49,271 in Singapore. With the fluctuating Indonesian rupiah, original games may seem too pricey for the unscrupulous.

It’s common to walk into a game store in Indonesia and to be able to purchase – without anyone batting an eye – a modded console or pirated games. Want a modified PS3 that can play illegally-downloaded ISOs? Or perhaps a replica PSP, hacked in China? In Singapore, such services, should they be available, are covert, under-the-table operations. Jakarta, on the other hand, has an entire mall for such products.

So how does one sustain a legitimate gaming retail store in Indonesia?

There is no doubt that increasingly strict DRM and always-online policies are slowly but surely forcing gamers to purchase legal copies, but how do you go beyond that negligible push via market forces?

The key is customer experience.  Each GS Shop outlet sports minimalistic interiors, all the better to show the games off with. There are homey, geeky touches unique to each store. One outlet could have a limited edition steel Capcom cup; another would have a PSOne Onimusha Hori sword controller. But these little touches, while lovely to the discerning gamer, do not have much impact on the one just looking for the best deal. So GS Shop goes one step further – it engages the gaming community, and by extension, engages the customer.

The leading videogame superstore across Indonesia, this retail chain boasts 30 branches and has its own online store. It is also affiliated with Video Games Indonesia, a gaming media and community site.

More importantly, GS Shop plows its profits back into gaming events. Whether through hosting tournaments or sponsoring one, they get their name out there where it matters – amongst the same people who are going to purchase games.

The Indonesia Fighting Game Championships (IFGC) were sponsored by GS Shop and Video Games Indonesia. A total of 155 participants signed up to play a variety of tournaments, from Blazblue Continuum Shift Extend to Super Street Fighter 4 Arcade Edition. While the core group of players came from Jakarta, intrepid gamers from regions as far-flung as Surabaya came on by to compete.

GS Shop was also responsible for the presence of Desperation Move-Mad Catz’s Xian and Zhi at the IFGC – they flew the duo down just to compete and mingle with the local community.

A pirated games store might rake in more profits per day compared to GS Shop, but there are some things it just cannot do, like giving back to its community. Could a Road to EVO event really be run with fake DLC, or worse, an illegal copy of the game? At the end of the day, simple psychology dictates that people will head to the store that sticks with them – or better still, has benefitted them in one way or another.

Buying legal copies of the games also allows for online play, which is especially important for in this seamless new world of social media and the Internet. Also, playing with friends from across the globe is a lot more fun than just shooting that necromorph down on your own. GS Shop only sells legitimate games and console sets, which sets it yet apart from its dime-a-dozen pirate competitors.

While the rate of internet penetration in Indonesia might not quite be there yet, it will undoubtedly improve in the years to come – and fake games are not going to survive the “ban waves”, or bouts of banhammer activity. Also, is it really worth it to pick up a new but cheaper illegal disc, only to have to get another when you get hit by the ban wave?

Though legal games are finally clawing their way to the surface in Indonesia thanks to new DRM and an improving internet infrastructure, piracy is still taking its time to die. Nonetheless, GS Shop will continue to forge onward against its pirate competitors, because it knows where best to give back to.