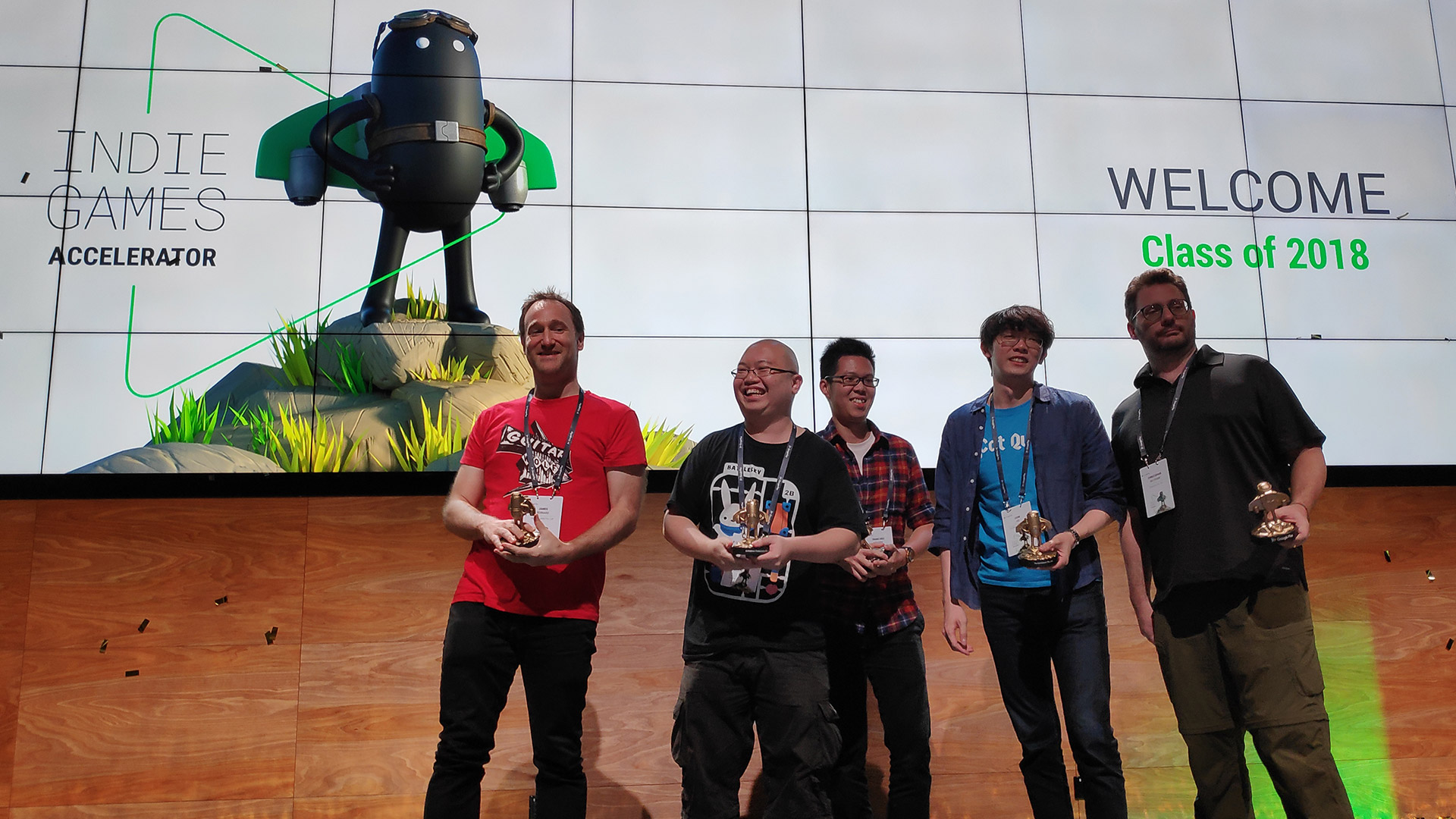 For a class of select indie game developers, stepping into Google’s Asia-Pacific headquarters must have felt like a dream. An all-expenses paid trip to Singapore, brushing shoulders with like-minded peers and mentors teeming with industry knowledge — all to better improve their craft. It was the first Indie Games Accelerator Bootcamp in the world, and it’s out the shape the future of mobile games development in the region.

“We want to make developers successful not only technically but also as a sustainable business.” That’s the mantra you’ll hear from Google when asked about the IGA, a spin-off from the many startup accelerators that they already host worldwide. 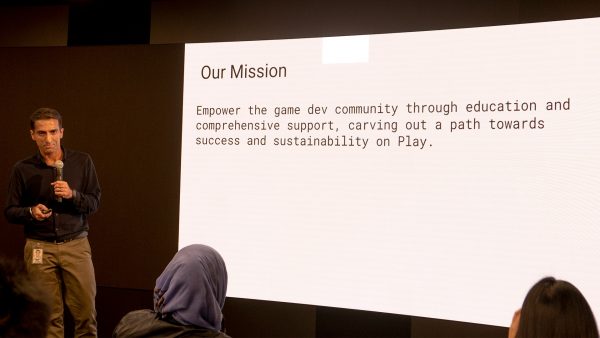 This Accelerator isn’t meant to push out one-hit gaming wonders but studios that could churn out hit after hit. It’s why Google looked to eight countries in Asia for the programme’s debut, as they saw immense potential in the talent coming out of the region. Compared to the already mature markets in the US or Japan, these smaller indies in Southeast Asia, India, and Pakistan stood to gain more from a bootcamp. They had plenty of diverse content, too.

The IGA was to give them the tiniest bit of a kickstart, to connect them to one another and to, hopefully, build the foundations of a thriving indie ecosystem. Speaking to the developers we ran into, it certainly sounds as if things are on-track.

Google didn’t kick off the IGA without some prior prodding. It’s long been said and known that SEA is the hotbed for rising revenues, and Google’s own research points to online gaming growing to $10 billion by 2025. So they held a series of workshops in 2016, ran a games contest in 2017, and after seeing the response decided it was the time to take the plunge.

Calls for applicants were sent out in late June, with the invitation open to developers in India, Pakistan, and SEA. Google wouldn’t disclose how many submissions were received but a stringent selection process saw only 30 studios making it through. 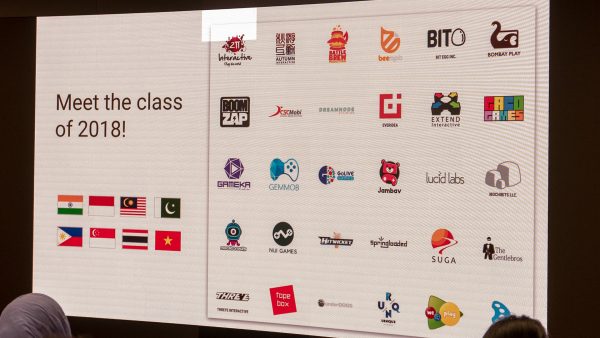 There were three things that Google looked out for: the quality of the pitched game, the studio’s track record, and the studio’s potential. Interviews comprised both objective and subjective components, such as going over previous releases or discussing what kind of games they wanted to make.

Five homegrown studios made the cut, most of which are no strangers to indie fans in the region: BattleBrew Productions (BattleSky Brigade Tap Tap), Boomzap Entertainment (Hidden Conspiracy), Springloaded (The Legend of Evil), The Gentlebros (Cat Quest), and Touch Interactive (Autumn Dynasty: Three Kingdoms).

One could argue that Google were only picking developers already poised for success, but this wasn’t a ticketed bootcamp. Rather, what they wanted was to supercharge these developing markets so they all had their own mentors to look up and reach out to. Community and knowledge sharing are some of the key tenets coming out of the IGA, and even then success wasn’t all that mattered.

A developer we spoke to recounted asking Google what would happen should an IGA graduate fail. Would their name and game be pulled off lists and posters, never to be mentioned again? Far from it. Failure was to be accepted, embraced even, and a hard lesson for their mentors to espouse.

These mentors were a defining highlight of the IGA, established and well-known persons from both the gaming industry and Google itself. This was a chance for some developers to meet and learn from their heroes, so to speak, and the results will soon (or have) speak for themselves.

Rami Ismail from Vlambeer (Nuclear Throne), Kamina Vincent from Mountains (Florence), Yu Ming-Yang from Rayark (Cytus), and Matt Hall from Hipster Whale (Crossy Road) were just some of the 18 industry veterans flown in to lead the class of 2018. They were joined by Google executives from across various departments such as business development or partnerships.

Through a customized arrangement, these mentors helped introduce OKRs (Objectives and Key Results) to the studio’s operations, so as to define clear objectives, prioritize deliverables, and solidify timelines. They adopted the startup approach of iteration and adaptation, building upon game design sessions that touched on marketing, pricing, and Google’s own developer tools.

Yet they weren’t here just to talk processes and drill methodology. They shared stories, advice, and highly targeted feedback that would have taken fresh-faced indies months, if not years, to discover. 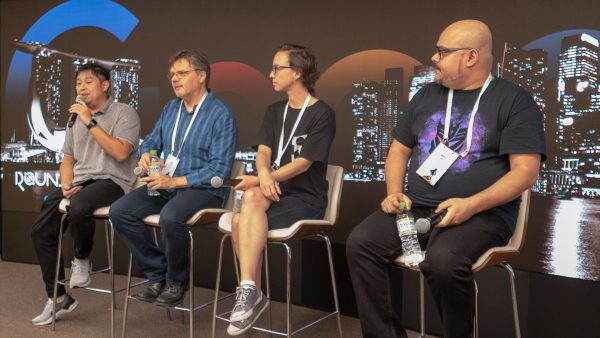 For instance, Angelo Lobo was a former designer at Zynga (Farmville 2) who wanted to teach indies a vital shift in perspective — to not mistake their passions for what they wanted to create. Making these developers realize that they’re making games not for themselves but for somebody else is “huge” and required specific workshops, such as designing an alarm clock for a blind man, to elucidate.

On that note, Kamina said that passion doesn’t equate to business sense, and that she was happy to see the teams building up their leadership skills through programs such as the LeadersLab.

Ask any IGA 2018 graduate what they loved about LeadersLab and, chances are, you’ll hear them mention “the fuck-up circle.” Like the name implies, they get the studio founders and leaders to sit in a circle to openly talk about their failures and what they’ve learned from it. It was important to establish a psychologically safe space for them to feel vulnerable and share, as it wasn’t something they could afford to do with members of their team. Only peers who were in the same position could empathize or understand, and it proved highly cathartic. 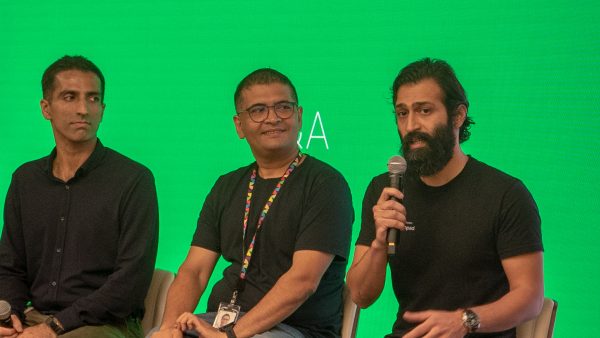 In fact, Google says that failures are something they talk about a lot in the LeadersLab. It was important not just to show how they could learn from it, but to know that it was OK to fail in the first place — an idea that’s especially hard to swallow in Asian culture. This feeling of safety was something that these budding leaders had to develop for their team members as well, since the workshop also taught them about building a work culture.

Another core component was for founders and co-founders to obtain feedback from outside the studio. They had to nominate someone they reported to, be it an investor or business partner, to learn what they thought about the nominee’s leadership style — strengths, weaknesses, and all. They then used that feedback to help build stronger relationships, identify and address differences, and also discuss potential fallout.

The final stretch of the LeadersLab saw participants getting a space to self-reflect, before arrangements for 1:1 coaching were made. Like the studio’s OKRs, these leaders had a personal development plan to work towards, and was a business aspect not many indies had the time to realize or consider.

For the love of games

But for all the talk on the realities of running an indie studio, releasing a successful game, and being sustainable, there was also time for sharing what tied them all together in the first place: the joy of games. And in some cases, it was the class who were rekindling that passion in their mentors instead.

There was such a vibrant air of positivity and enthusiasm among the organizers, mentors, and class, that it almost felt insulated from the harsh world waiting outside. Yet they weren’t being blissfully ignorant, simply better prepared. It’s where all the lessons and relationships that the graduate class have built come into play, aided by their now improved production pipelines and readily accessible tools.

The IGA session opened the graduates’ eyes to Google features such as early access and tools such as Firebase, ones they may continue to take advantage of with US$20,000 (approx. S$27,000) worth of credits. However, developers who already employed services from other providers weren’t told to switch, but advised on how to best integrate them. This wasn’t a dressed up promotional pitch, this was a genuine desire to see games and developers from the region grow.

While they enjoyed access to quality assurance testers during the bootcamp, Google says that graduates will continue to receive priority access on the Play Store, as well as ongoing counselling for metrics and other areas of improvement.

On a different note, the IGA was helping to legitimize the career by name association alone — here was one of the biggest companies in the world, flying off a person and their small team to Singapore to better make games. It’s pretty much what Ubisoft did by setting up shop in the country, only Google is a far more recognizable name to people young and old.

A ceremony held in honor of the graduating class took place within Google Asia’s own event halls, with trophies, a buffet spread, and the raucous cheers of fellow developers marking the end of IGA 2018. Wine glasses clinked, contacts were exchanged, and laughter punctuated the growing din of chatter. This groundbreaking bootcamp may be over, but for these 30 developers their next chapter had only just begun.

Check out the inaugural batch of Indie Games Accelerator 2018 graduates here.
Food and beverage were provided during coverage of the event.

Ade thinks there's nothing quite like a good game and a snug headcrab. He grew up with HIDEO KOJIMA's Metal Gear Solid, lives for RPGs, and is waiting for light guns to make their comeback.
Previous post New BenQ Zowie mouse pads now available in Singapore
Next post Catch Star Wars Episode IV: A New Hope in Concert this 14-15 Dec!