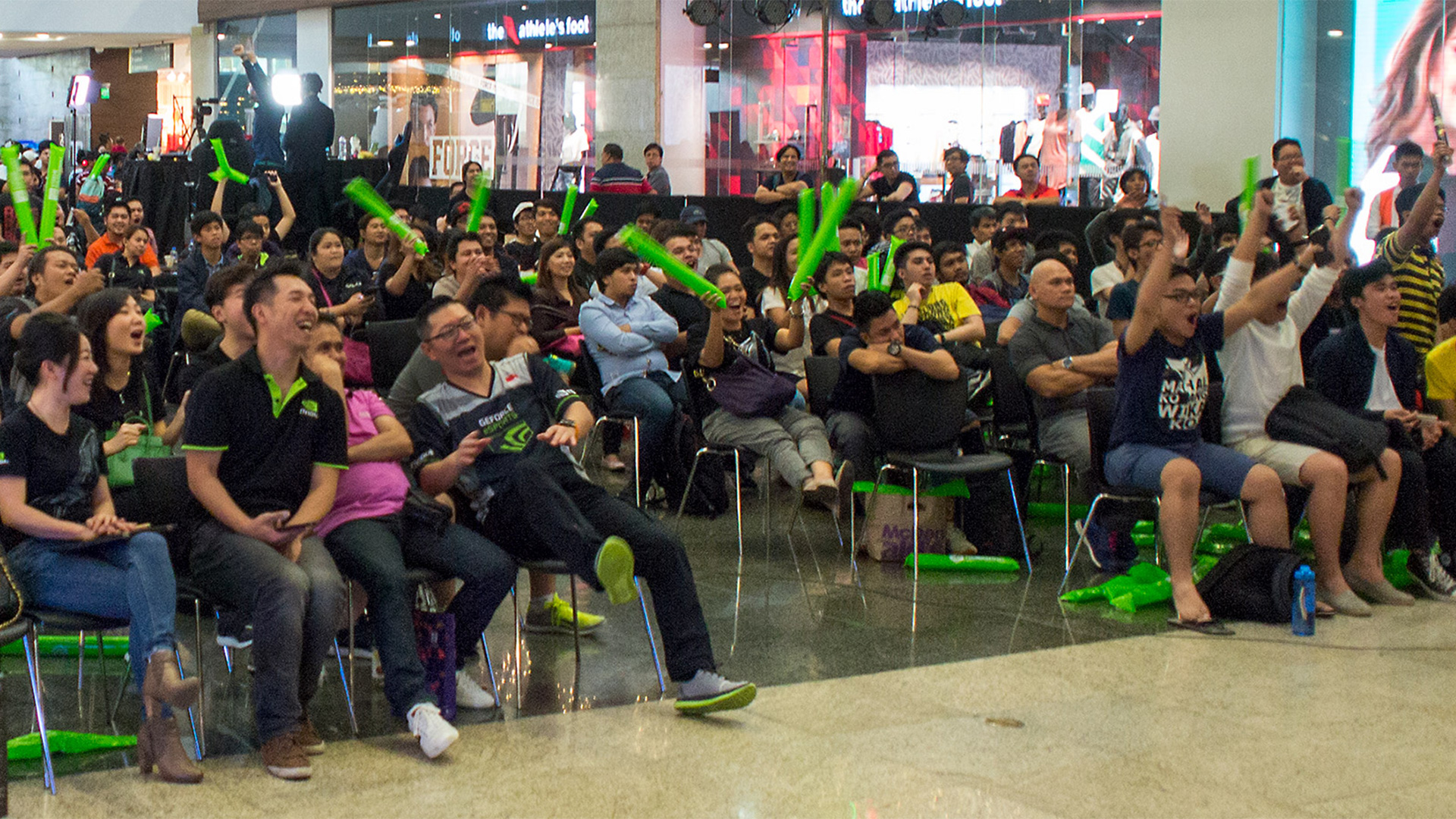 “Huge” doesn’t begin to describe Makati city’s Glorietta shopping complex. Divided into five sections and connected with the many adjacent malls and department stores, navigating this retail habitat is a disorienting jolt, even if you’ve been there before. Add the fact that Makati is one of the Philippines’ financial and tourism hotspots, and what you get is a monumental amount of foot traffic filtering through Glorietta’s corridors.

Rising above the buzz of chatter and sales is an all-too familiar sound: virtual gunshots, cheers, and excitable commentary — the telltale song of esports. It was the second day of Nvidia’s GEXT 2017 regional tournament, the grand finals, and the culmination of a six-month journey. Yet it was the audience that proved fascinating, a show of force as diverse as the participants on stage. While teens and young adults filled the seats and interactive zones, it was families, older shoppers, and even foreigners that thronged the sides and balconies; some did so out of curiosity, but many had clear interest in what was happening on-screen.

Esports continues to be a star for gaming but the results were always reflected on a larger scale, with corporate interests and million-dollar investments or governments pondering its legitimacy. Here, in a Manila shopping mall, the industry’s growth was far more tangible as swarms of weekend shoppers paused to take in the action. For an amateur, community-focused tournament such as GEXT, there could have been no better crowd. 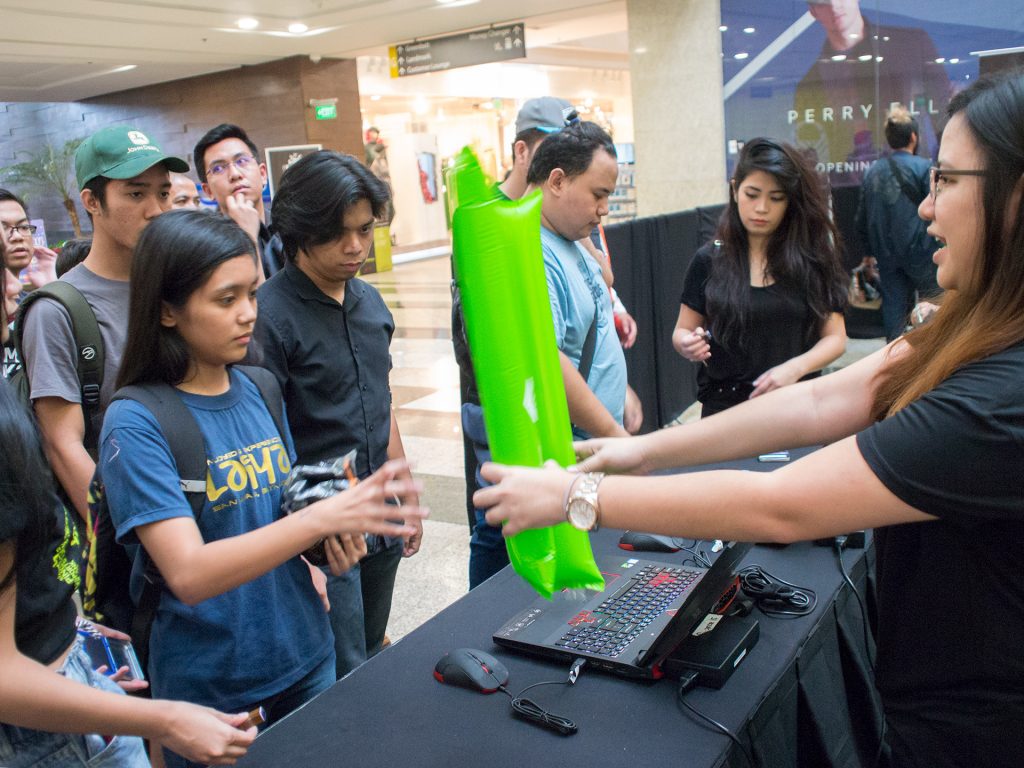 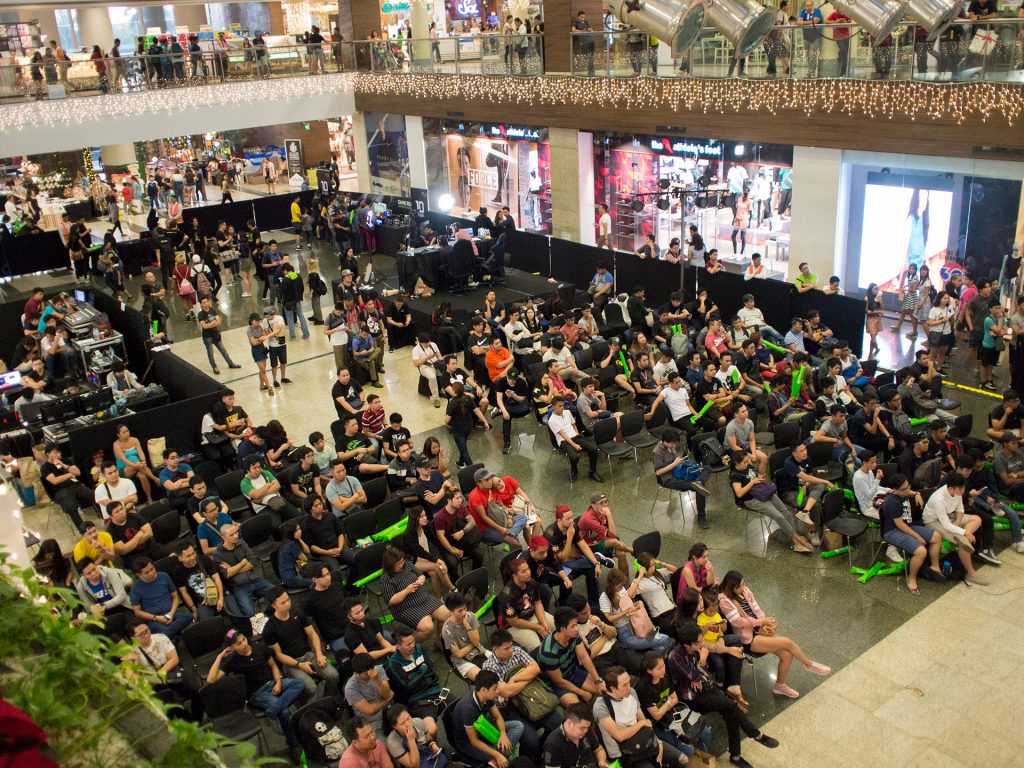 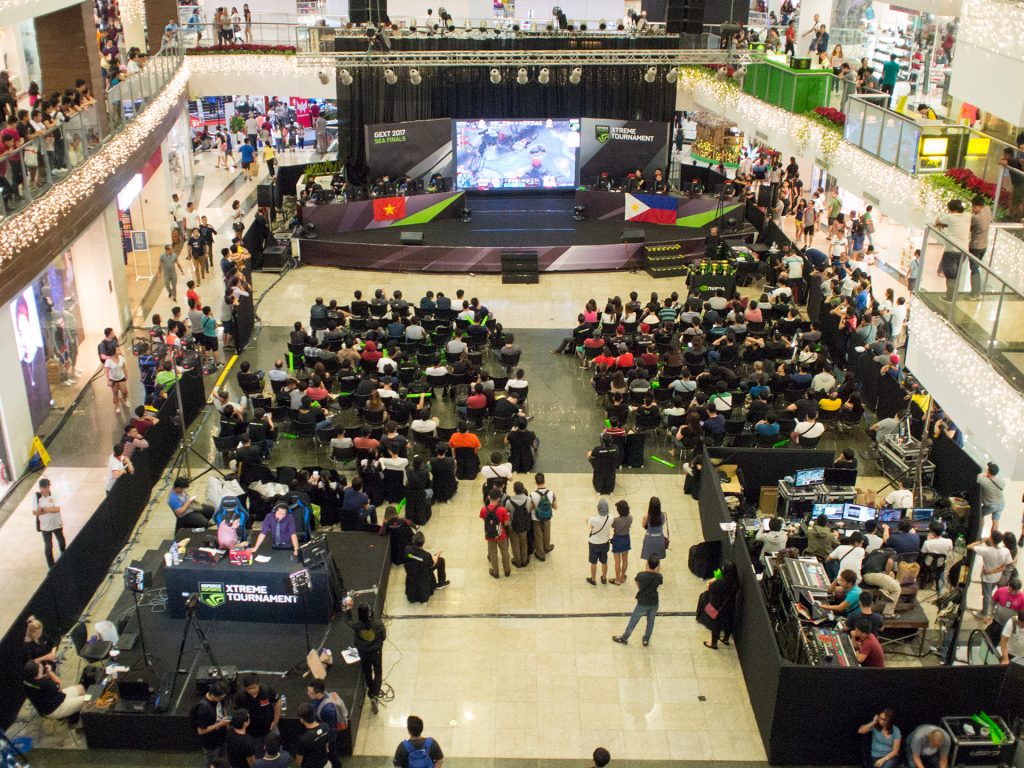 GEXT (GeForce eSports Xtreme Tournament) first kicked off in June and, in that time since, has attracted more than 1,300 amateur teams from six Southeast Asian countries: Indonesia, Malaysia, the Philippines, Singapore, Thailand, and Vietnam. Battles were waged in esports mainstays Dota 2 and Counter-Strike: Global Offensive (CS:GO), making it easy to draw both participants and audiences.

Feeling uneasy about those earlier cheers were Thailand’s Team Signature, five young players who’s dominant CS:GO streak was beginning to falter in the face of an unexpected Indonesian comeback. Despite Tosapol “TOR” Sae-kow’s stellar handling of the AWP sniper rifle, or the team’s well-coordinated teamwork and razor-sharp reactions, their lead was beginning to crumble under NXL’s superior map knowledge.

What’s more, this was Team Signature’s final match before disbanding. The stakes were higher than usual, and ‘Nuke’ was about to be their undoing. As the pressure mounted, so too did NXL’s score.

Not all scenes were dire. Elsewhere, Singaporean Dota 2 team Unimagineangel were all smiles as they recounted last night’s events. Having dropped out of the competition by day one, the team decided to make the best of their stay in Manila by – what else? – visiting a LAN café and gaming till 3am.

Unlike the other finalists, Unimagineangel had mixed national representation: two members were from Malaysia. Being amateurs with full-time commitments elsewhere, all their prior experience together had been online through Dota 2 and chat application Discord. Even then, they rarely trained as a full team, often running into difficulties with language or culture.

“Some of the accents made it hard to discuss strategies,” admitted Peter “Vient” Cipriano. The Malaysian, who used to compete in Dragon Nest with his fellow countryman, said that they had to resort to text chat sometimes. When they did communicate using voice, Chinese tended to accidentally creep in.

As for culture, it had more to do with the unique play styles found across SEA. “Unlike NA or EU, the SEA scene has different ways of playing the game,” explained team captain Andrew “BeeJayTee” Lee. “You’ll see that with the Philippines, and even Malaysia has their own style.”

Still, the many obstacles they faced didn’t dampen their mood entering or leaving the tournament. Loss or not, they agree that GEXT was a good experience, allowing them to challenge and befriend players from other countries. They were also thankful for simply getting the chance to play overseas.

BeeJayTee recalled when the Singaporean Dota scene was at an all-time low, with few tournaments, unattractive prize pools, and even fewer participants.

“Most of the locals in Singapore are online players. They don’t really dare to step out and play in offline tournaments; it’s only a minority that are willing to do so. I’m not sure if it’s a cultural thing but it’s a mindset that needs to be changed over time.”

Amateurs don’t often get to revel in the spotlight, no matter how brief it may be. Their offline tournaments are usually restricted to the LAN cafes they take place in, attended and witnessed only by friends and competitors. Unimagineangel, who formed only a week or two prior to GEXT, had no idea of knowing that they’d wind up on the international stage. Perhaps it won’t be the last we see of them.

“Nvidia gave us a chance to train and play together. It gave us the motivation to try and go further.”

Reaching out to gamers

For Simon Tan, Nvidia’s director of consumer business in APAC South, GEXT was a natural step forward in the company’s community efforts.

“There’s been a lot of esports around, right? A lot of professional esports, and in fact a lot of brands organizing esports tournaments. Our efforts are actually rooted in our certified iCafes,” said Tan in an off-venue interview.

“About two years ago we started to have all these GeForce-certified cafes in Southeast Asia, and we found that, ‘Hey, instead of just certifying them and getting gamers to come down and play, why don’t we [give] these gamers a chance to compete?’

“That’s why we started GEXT. It’s really meant for casual gamers who go to iCafes with friends, letting them form teams, and letting them participate in tournaments. It’s really about making it fun for everyone, to let them experience a level of gameplay they may not get at home, especially in emerging markets.” 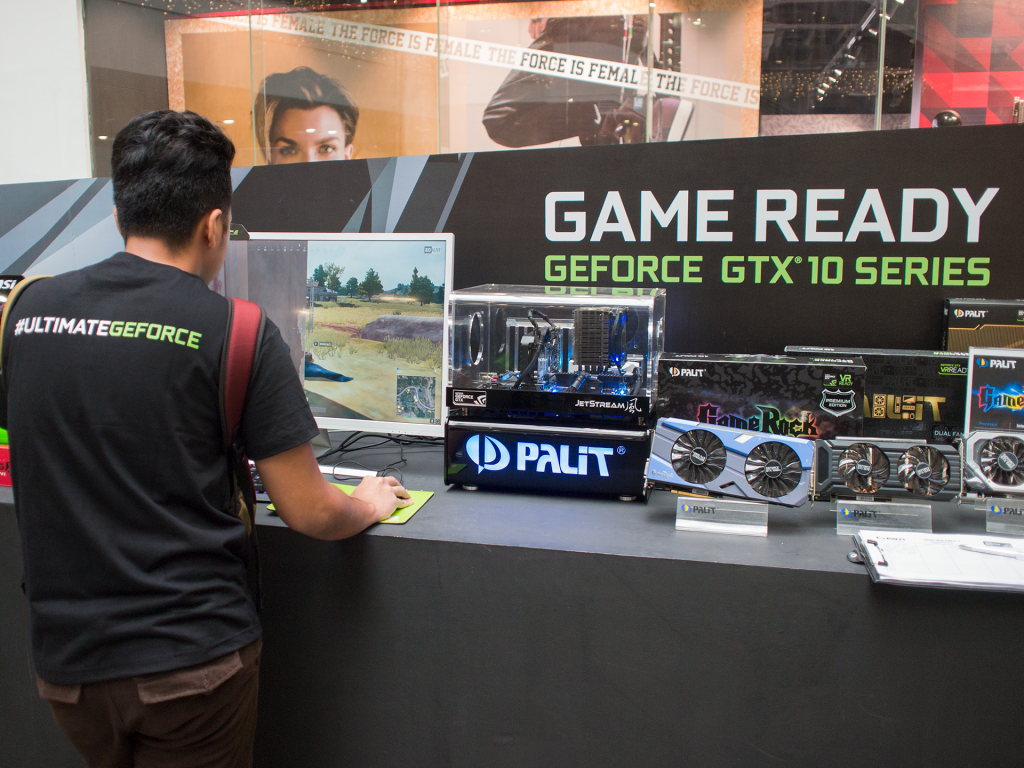 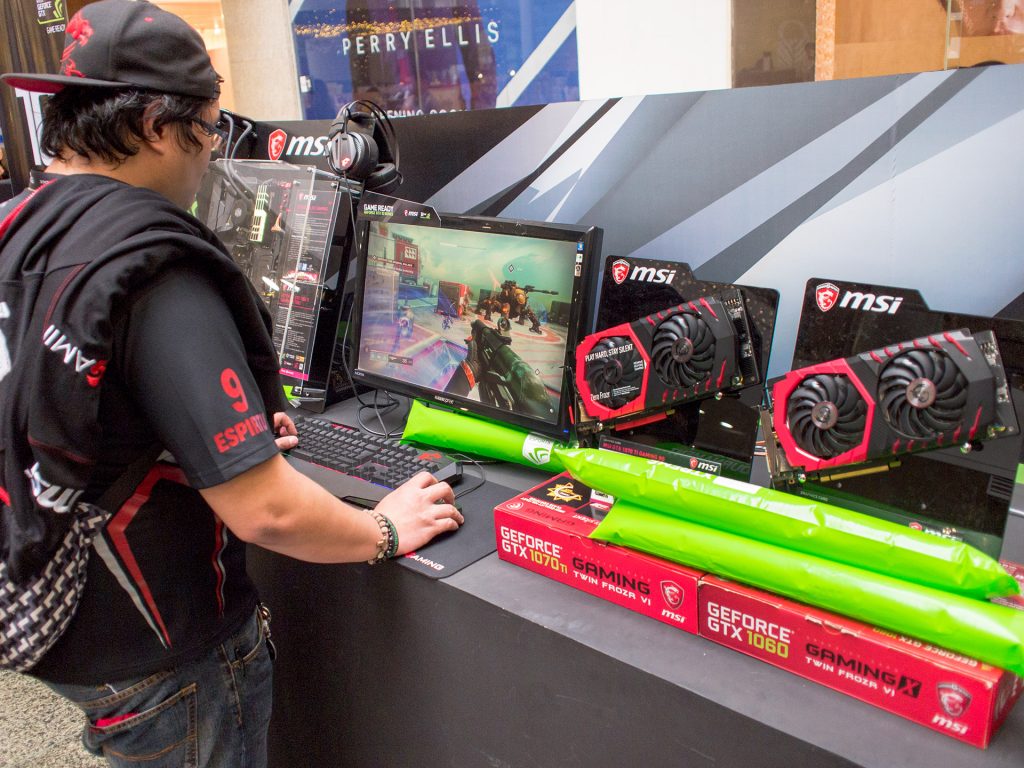 “Our highest tier is what we call the Platinum iCafe – we have about 23 of them in Southeast Asia,” explained Tan. “Most of them will, at minimum, use the Pascal 10-series, and all of them will have an esports arena to host tournaments like our GEXT finals. The latest Platinum iCafes we started this year all have a VR experience zone as well, so there will be a chance to try out the latest VR demos and games. It’s all about adding more value to the gamers who visit.”

Singapore currently has two iCafes, while the latest to open was The Pantheon in Malaysia. For 2018, Nvidia aims to have more than 500 such locations in Asia Pacific.

By holding the GEXT regional grand finals in a mall, in full view of the public, Nvidia hopes that more people will come to learn about the iCafe program. Similarly, the experience zone set-up by the venue’s entrance aims to give visitors a taste of what to expect when it comes to high-end gaming and VR. 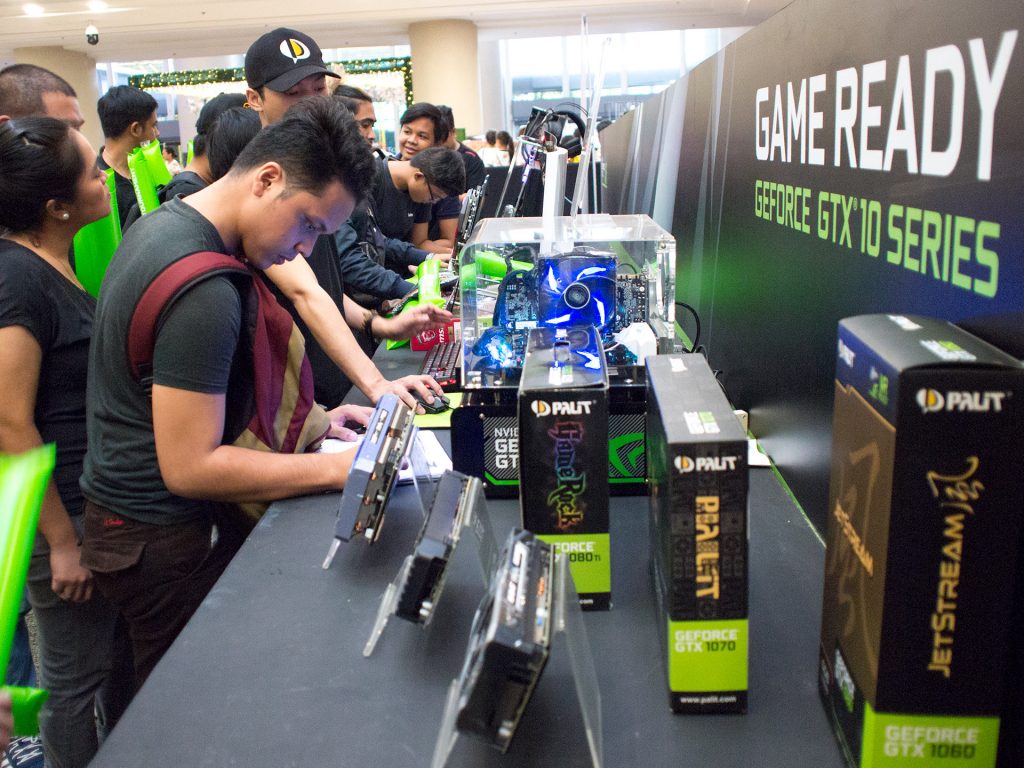 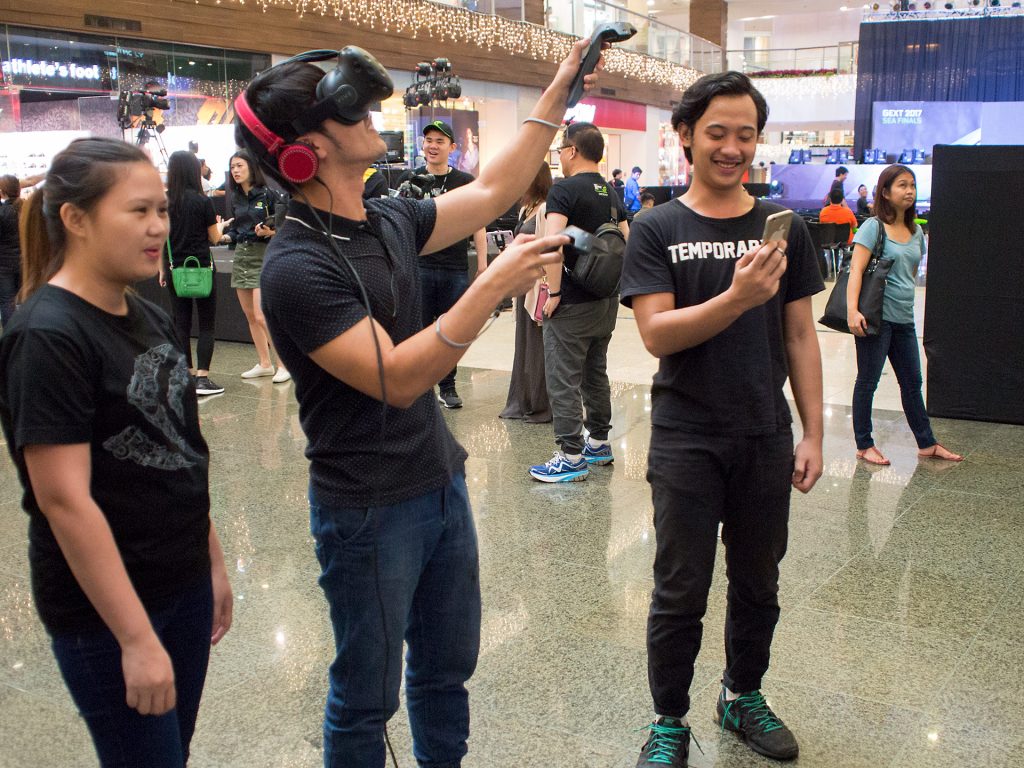 GEXT itself has been seeing its own share of success as well.

“It’s been great, we’ve seen a lot of support and excitement. When we started this a year ago it was more of a casual thing, but we’ve seen more and more gamers coming to play, coming to participate.

“Of course, the grand finals here are just the top teams, but it shows that there are plenty of gamers who don’t just play for fun but see it as a form of competitive sport. I think that’s very important.”

Not just for professionals

Back on stage, Thailand’s Team Signature are celebrating. After coming in neck-and-neck against Indonesia’s NXL, with the possibility of a Game 3 looming ever larger, the team pulled together for a last-minute victory, securing both the tournament and a happy farewell memory.

Later that evening, Vietnam’s Team Next Gen Aorus pulled off a similarly quick 2—0 win against the home team’s Skyville. 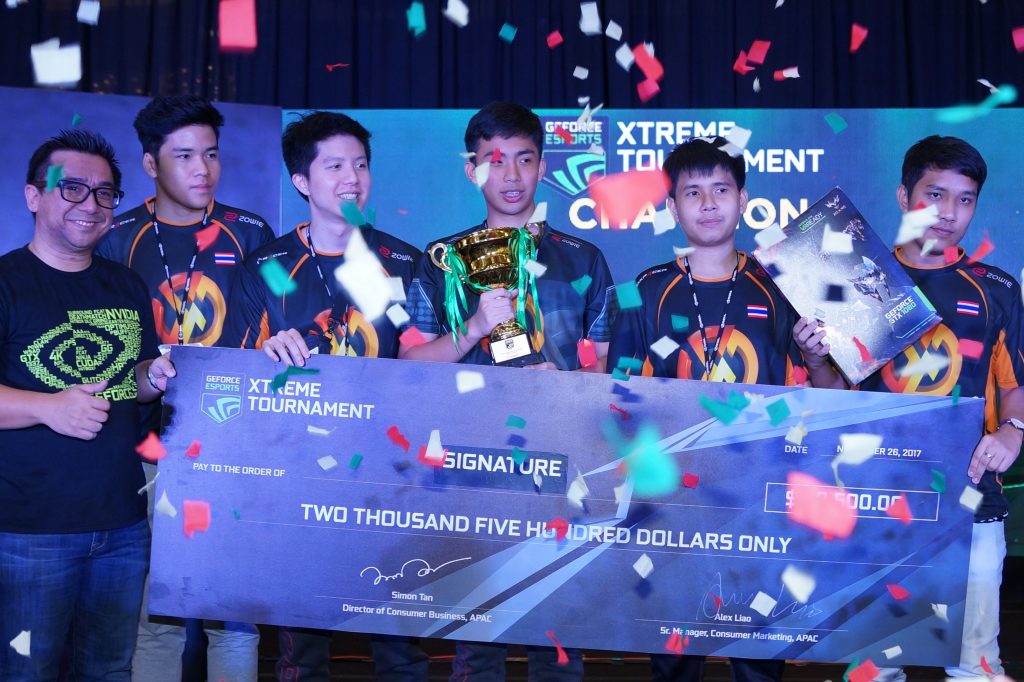 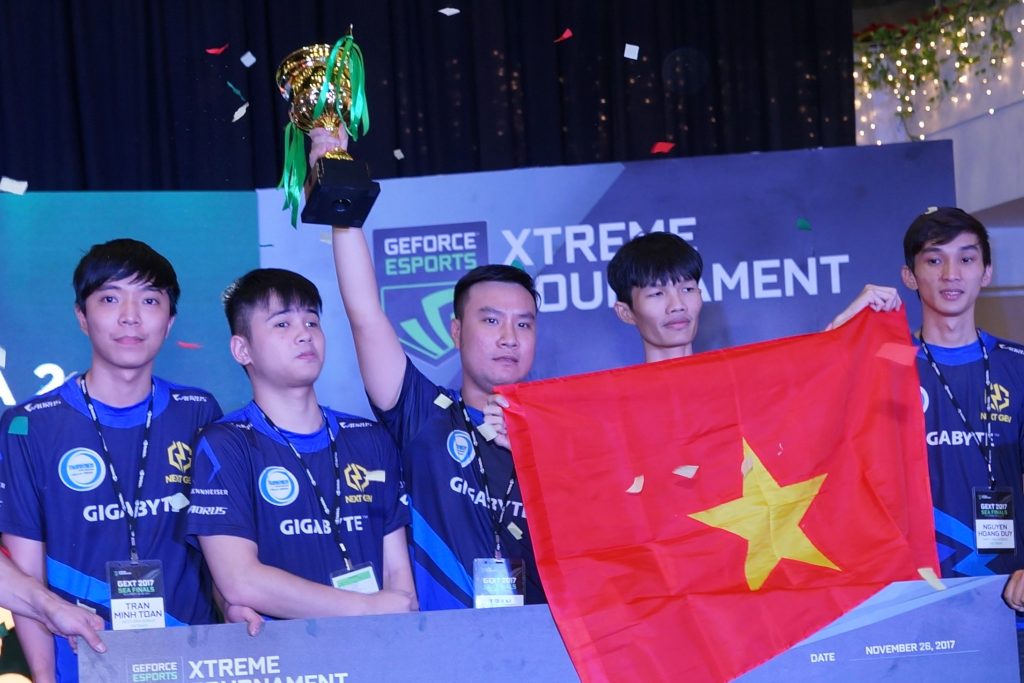 GEXT 2017 may not boast the viewership or prizes of its larger, premier contemporaries but it remains an important endeavor for the esports community, particularly in the burgeoning region that is Southeast Asia. Building up the amateur scene will only bring benefits to the professional level, raising competitive standards and public interest. And if GEXT 2017 was anything to go by, the latter is already on the rise.

More importantly, the tournament reminds us that trophies, prizes, and fanfare are not just for the professionals. After all, we’re all here because we love the games on display. 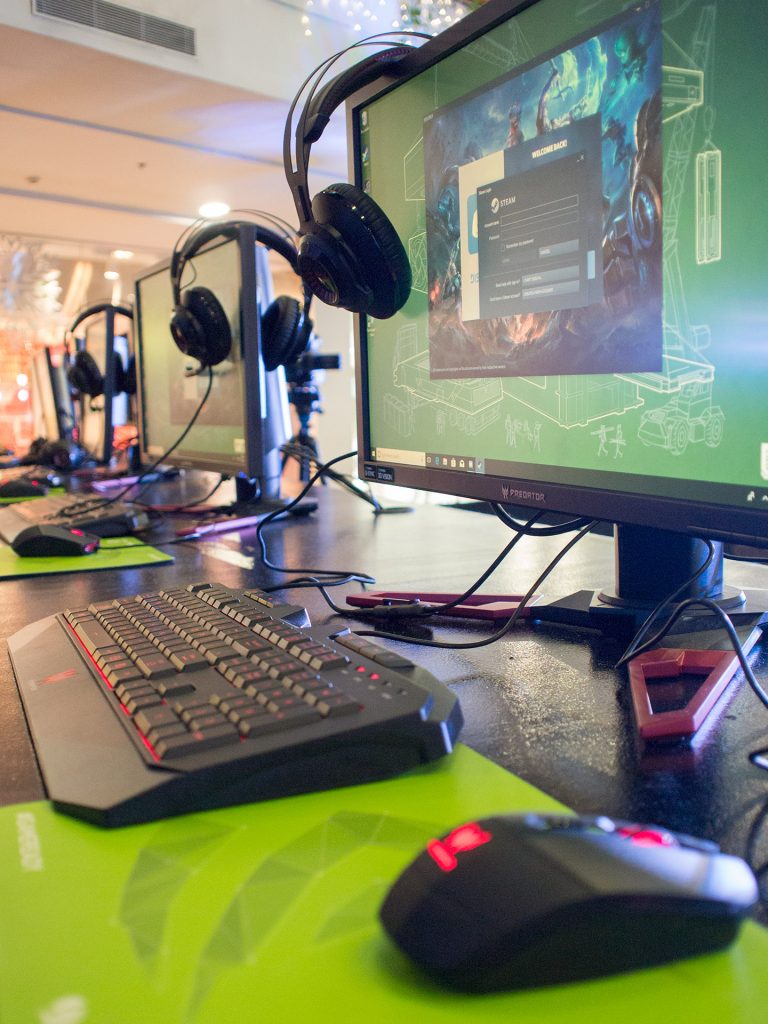 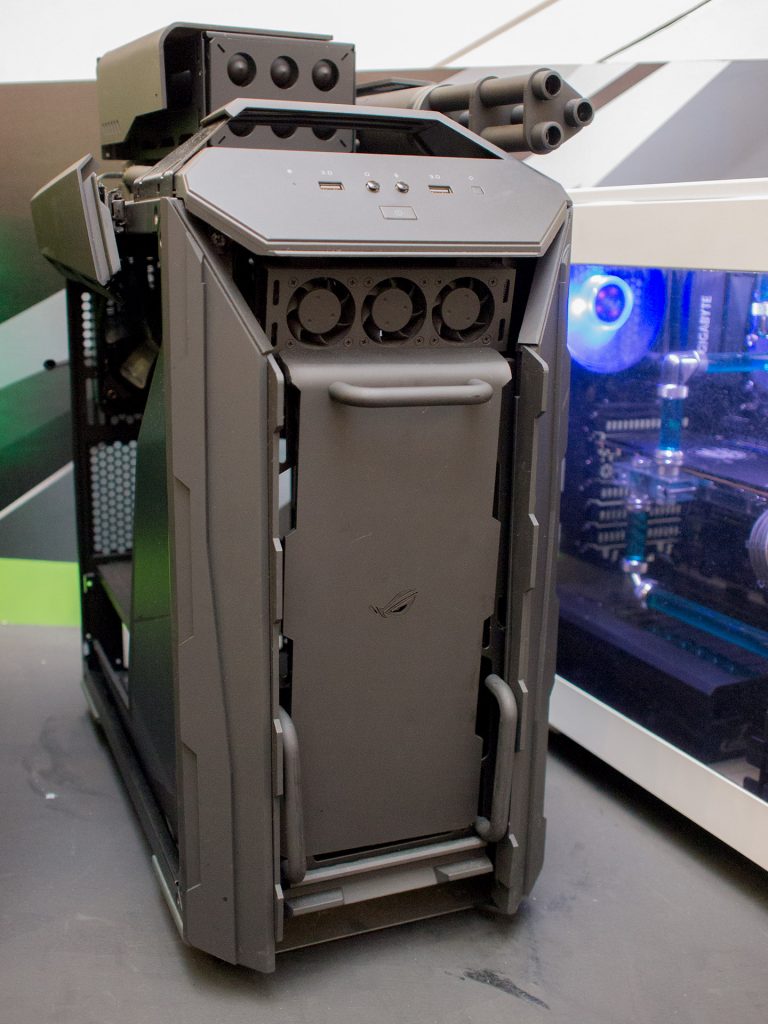 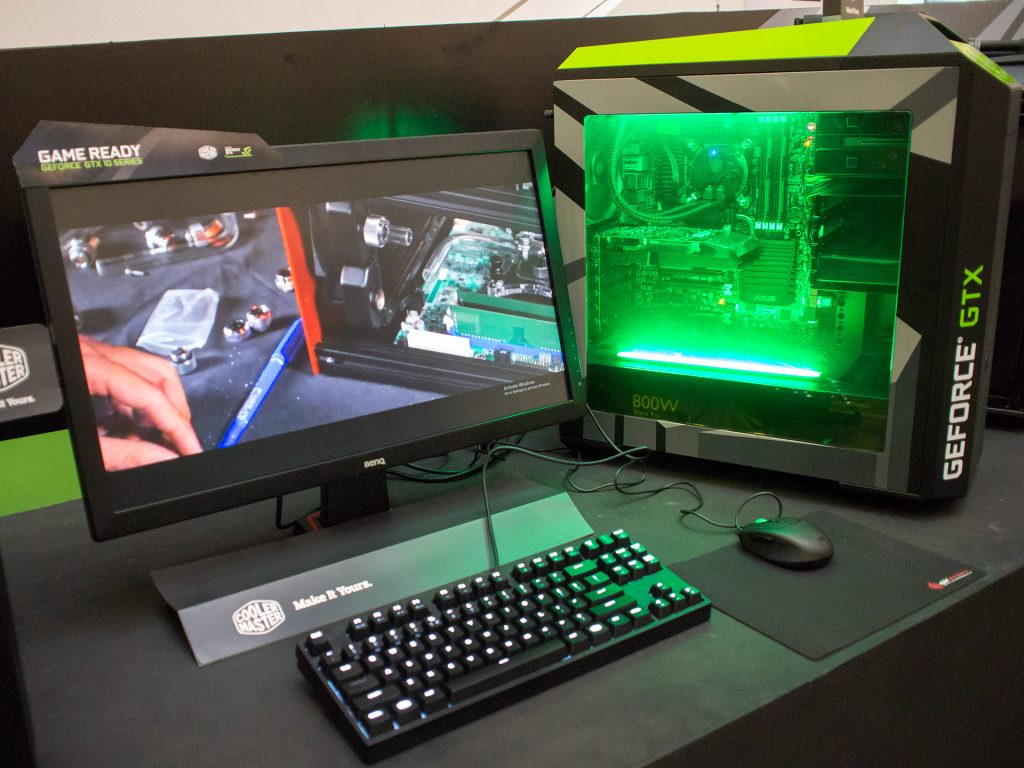 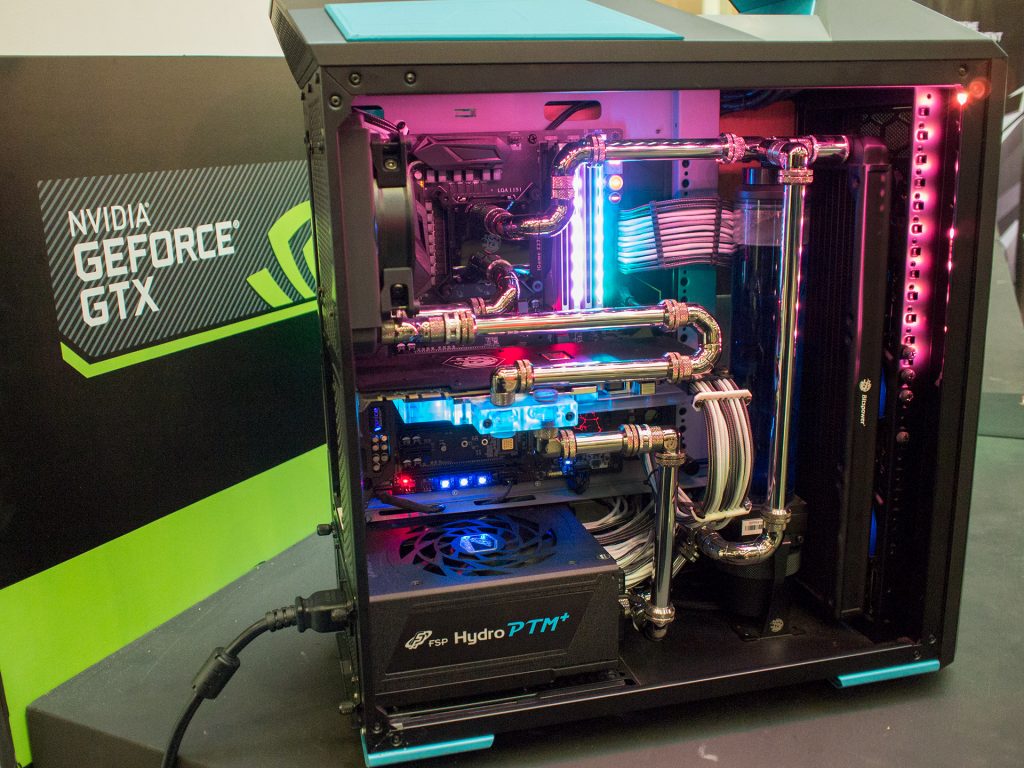 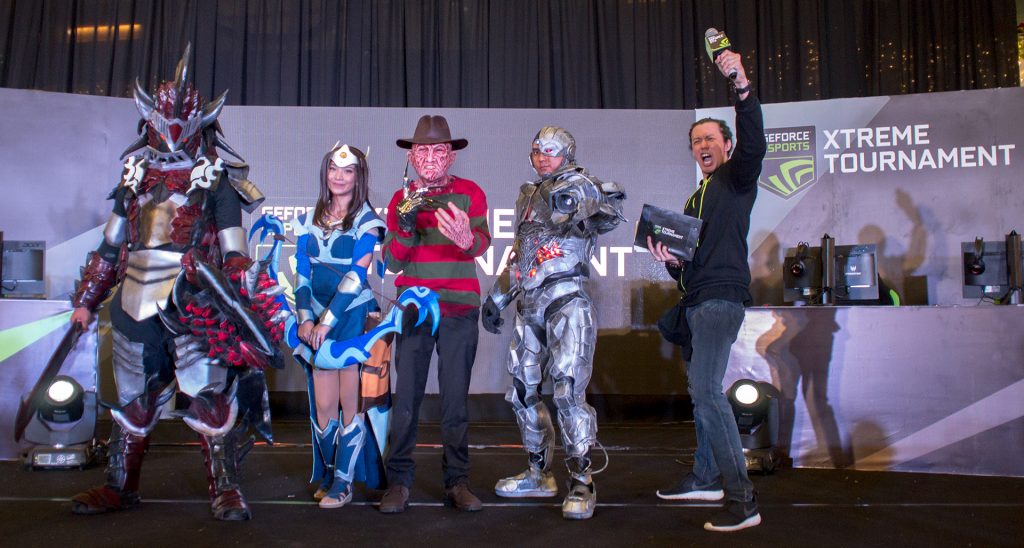 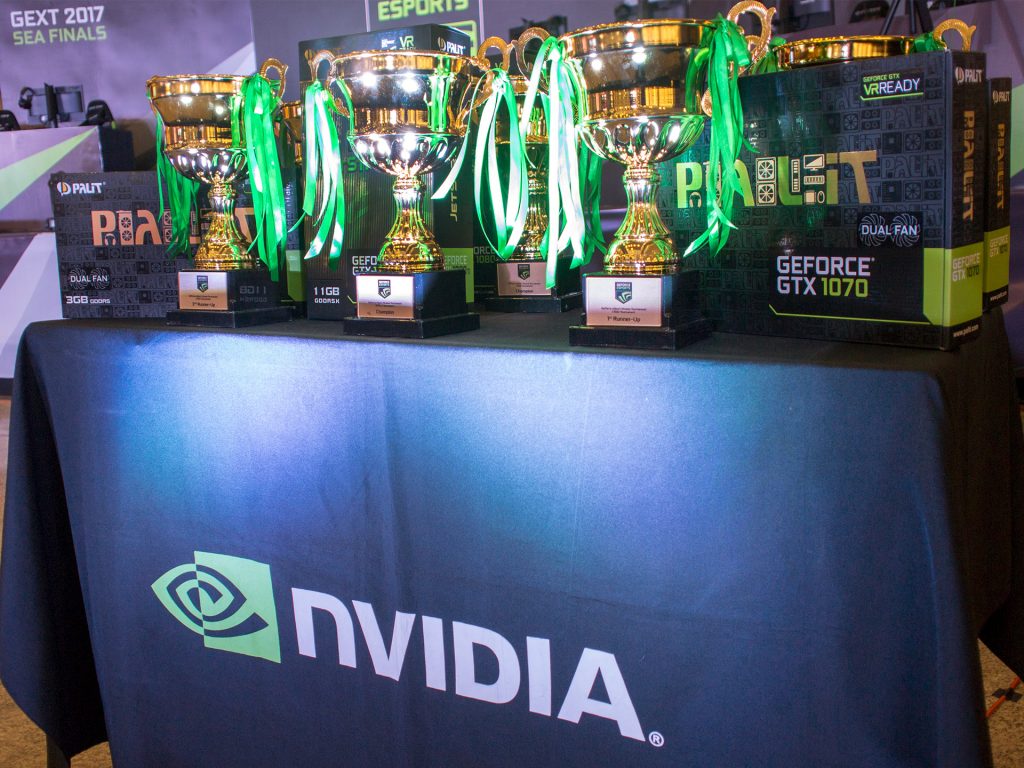 This coverage was made possible thanks to Nvidia.

Ade thinks there's nothing quite like a good game and a snug headcrab. He grew up with HIDEO KOJIMA's Metal Gear Solid, lives for RPGs, and is waiting for light guns to make their comeback.
Previous post Logitech G forms sim racing team with F1 World Champion and G2 Esports
Next post A new Valkyria joins the battle in massive Honkai Impact 3 content update