Videogames are immensely complex undertakings, no matter the scope of the project or the size of the team. With so many moving parts, interconnected systems, and tight deadlines, it can be hard to weave an in-game narrative that, once out the release door, holds up to public scrutiny. Even then it has to compete with players’ attentions, as not everybody wants the same thing out of their games. Stories run the risk of being eclipsed by the gameplay mechanics or, in some cases, being outright ruined by it. That’s why the games that do manage to pull it of become so lauded, so ingrained in our collective memory, that we all fondly look back on the few that “opened our eyes” to the medium being capable of more.

That is why SIE Santa Monica Studio’s God of War has clinched our Game of the Year for 2018.

The revitalized action-adventure game managed to eke out a close win ahead of Insomniac Games’ Marvel’s Spider-Man and Rockstar Games’ Red Dead Redemption 2, excellent releases that pushed the bar for superhero action games and highly detailed open-worlds respectively. And that’s not counting all the other great games we’ve seen come out of 2018, from the fan favorite AAA franchises to the delightfully creative indies. It may not always be easy to keep up with the industry’s hype cycle while also poking through past releases, but if there’s one game that we implore you try out this year then it’s definitely this PlayStation 4 exclusive.

Why? Well here’s the GameAxis team speaking up for it: 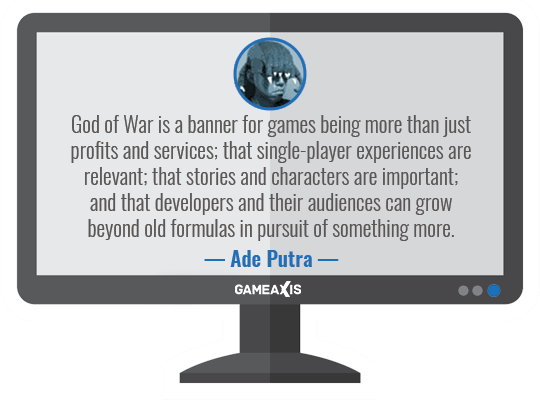 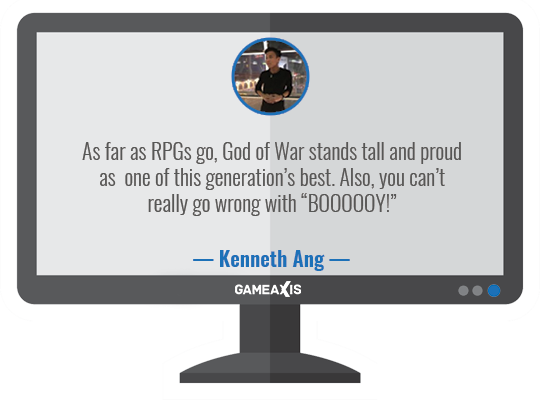 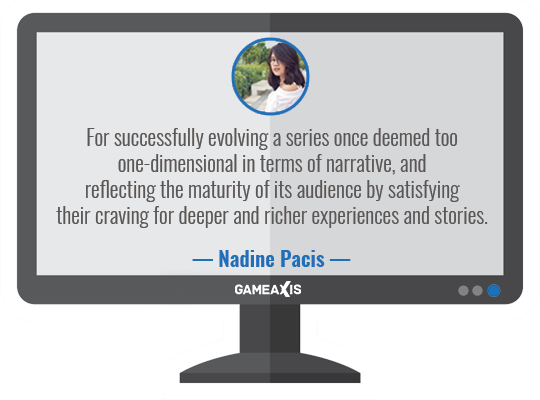 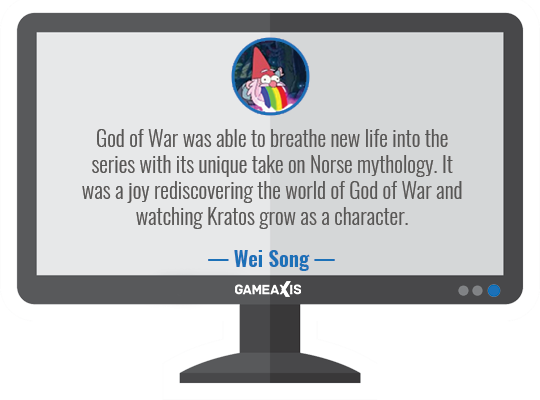 A heartfelt congratulations to director Cory Balrog and the rest of the God of War team at Santa Monica Studio!

Come check out the full review by Salehuddin for a better sense of what the game is all about.