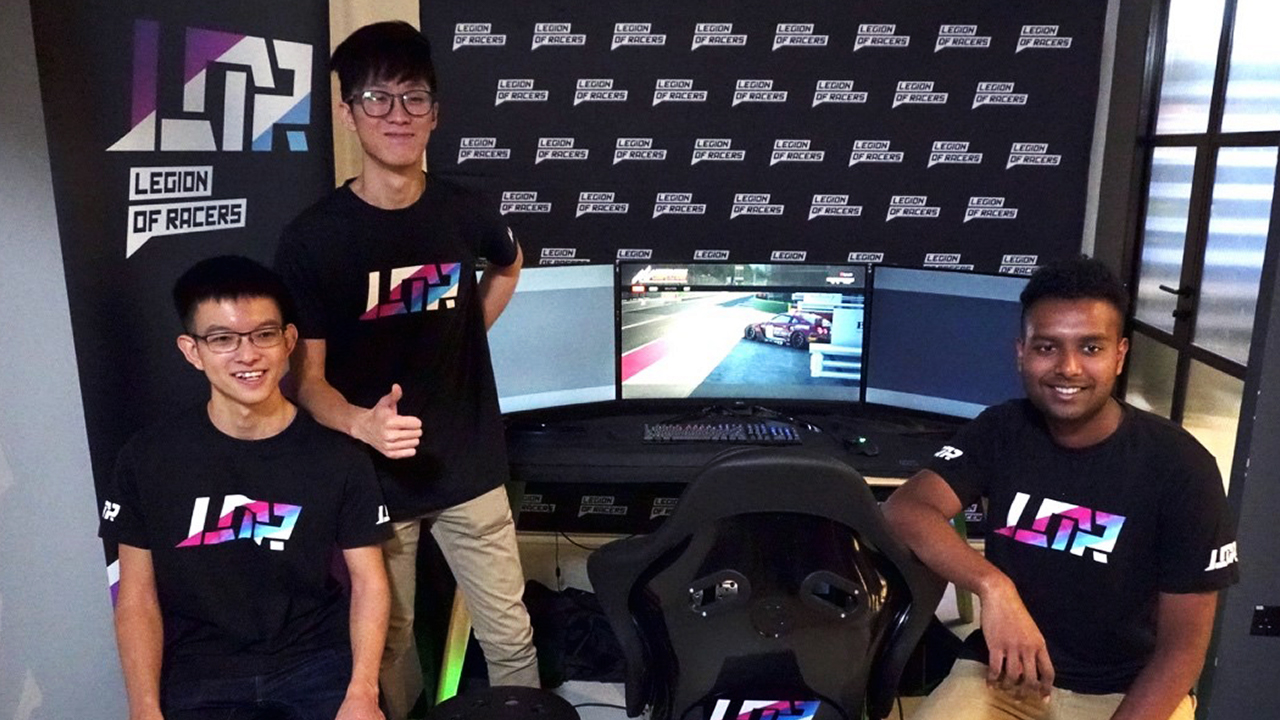 Despite his motorsport passions, Jason ‘taddson’ Tay (left) was on the brink of giving up the virtual wheel. “I didn’t know what to do with the hobby,” he shared, pointing to a long absence from sim racing during his two-year National Service stint. It didn’t help that nobody he knew was actively interested in it, either. “I was about to drop it in uni.”

As fate would have it, Jason discovered and joined a competition in 2017. Two years later, and he’s proudly donning a Legion of Racers tee as one of Singapore’s best sim racers.

Like the mil- and flight-sim communities here, sim racing is by-and-large an unknown niche for most locals. While peripherals continue to be made and sold, the scene has fallen off the public eye outside of IT shows and gaming events. It was the domain of enthusiasts, working adults who could spend hundreds of dollars on a nice rig with bucket seats and a supersized display. Or so it seemed.

“My father introduced me to Gran Turismo 1,” chimed Ar Muhammad Aleef (right), the third and final contracted athlete and, apparently, a huge Lewis Hamilton fan. (It’s literally a part of his in-game name: ‘aleefhamilton’.) And his starting gear? A gamepad. He used to practice with wheels and pedals only after he’d sniff out a local competition, adapting to the different set-ups on the fly. 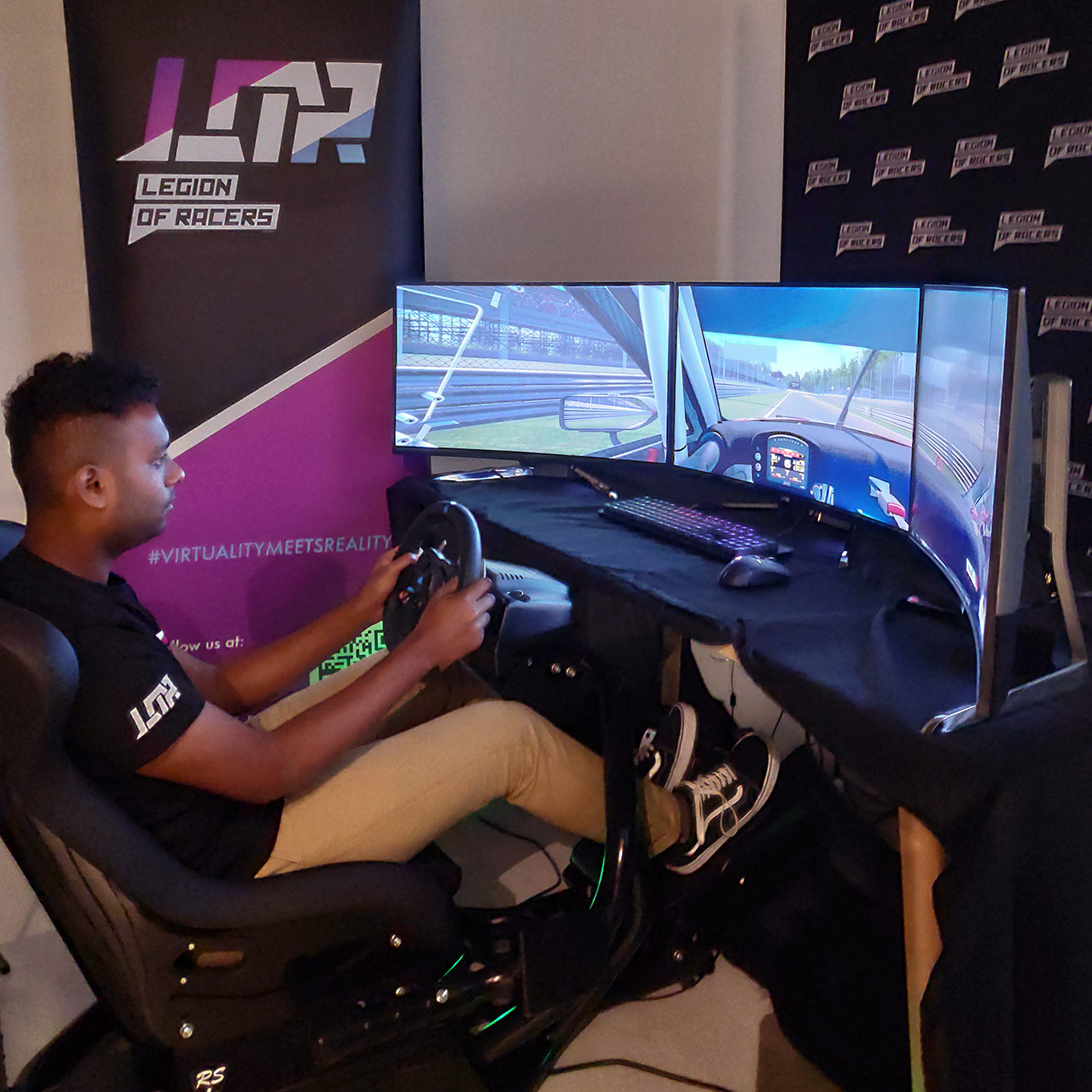 Put ‘aleefhamilton’ behind a wheel and he’ll know what to do. (GameAxis)

Dispelling that perceived barrier of entry is something of an aim shared by LOR at large, as well as breaking down mental walls such as performance anxiety – it’s clear that fear of embarrassment still permeates our culture, not just in sim racing but esports in general.

Greater accessibility means better visibility, and visibility is essential to growing the community. It’ll attract not just the private server veterans but also newer, younger audiences so they’d have just as much, if not more time, to hone their talents. Co-founders Lim Keong Wee and Melvin Moh understand that, and they see an opportunity by riding on the surging wave of esports to spread word of their efforts far and wide, beyond Singapore’s borders.

Unlike most esports titles, however, there’s a more tangible measure of how those gaming skills translate to the real world (many still underestimate the mental focus and stress management required of our digital athletes, but that’s another topic altogether).

While the trio have already gotten go-kart time on track, they all share stories of how their sim racing experience have helped with their real-world driving. It could be as simple as getting a local driver’s license in as little as 9 practical lessons, or in Aleef’s case, knowing what to do during a snap oversteer while driving through the heavy downpour in Kuala Lumpur, Malaysia. “It saved my life,” he firmly recounts.

Then there’s the perennial cherry on top: the chance to represent Singapore in the big leagues and maybe get a foot in motorsports.

Until then, however, the Legion of Racers team will be busy seeding the public with more appearances, and hands-on opportunities. There’s also talk of an academy course in the pipeline, as well as plans for more online activity such as tournaments and streams. All that while looking for their next three members through the 2019 Season, of course.

If you’re a sim racer, then the Legion of Racers wants you to know that you’re not alone.

Ade thinks there's nothing quite like a good game and a snug headcrab. He grew up with HIDEO KOJIMA's Metal Gear Solid, lives for RPGs, and is waiting for light guns to make their comeback.
Previous post Sim racing league Legion of Racers wants to take you from the virtual to reality
Next post Star Wars Battlefront (2004) and more classics on sale at GOG.com