GameStart 2017: Made in Singapore II 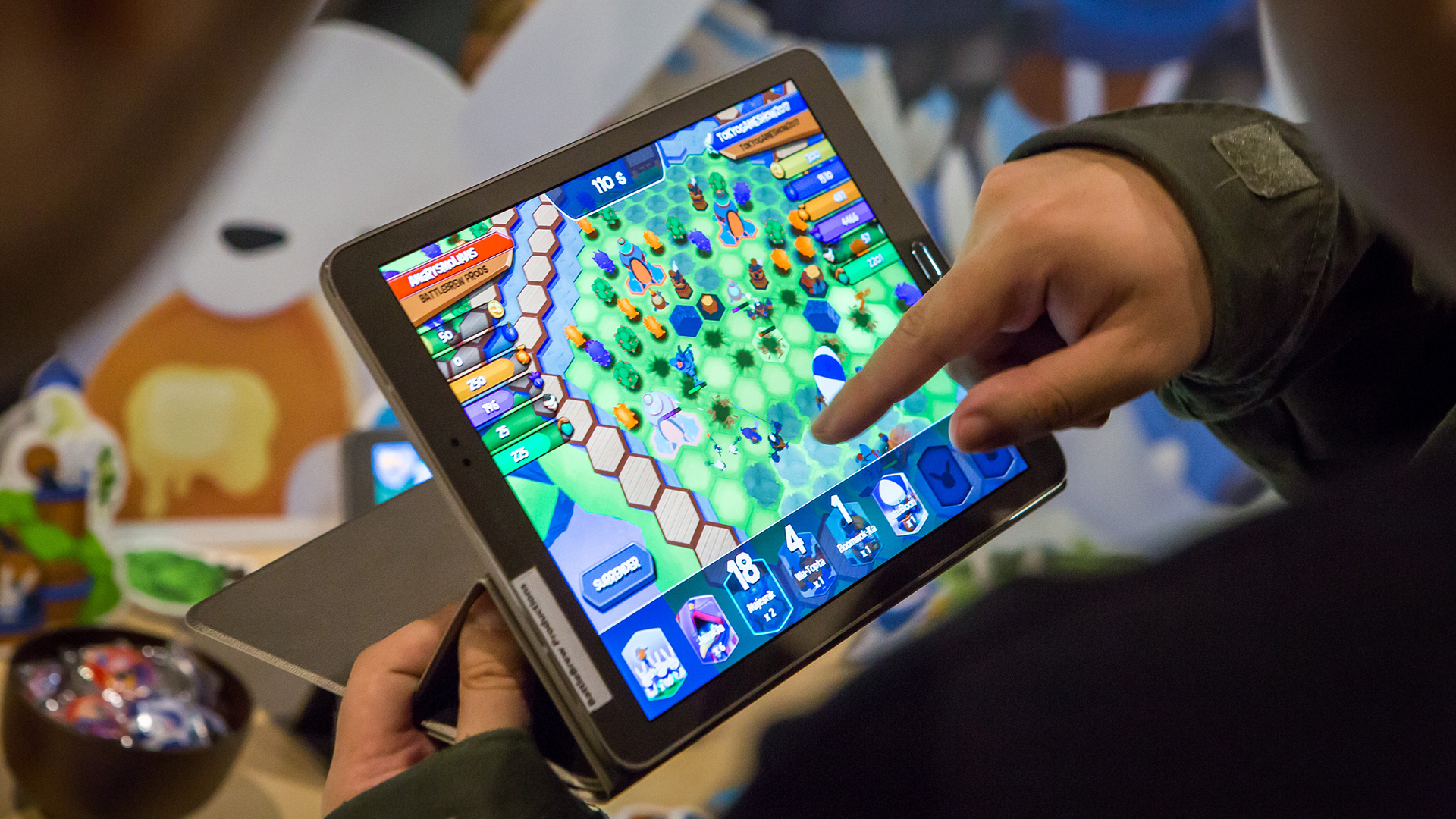 GameStart 2017 kicks off tomorrow and, with it, your chance to see what our local developers have been up to. Following up on our earlier primer, we popped by a preview event to see some of these games in action, and maybe give you an idea of what to look forward to at the convention.

BattleBrew aren’t just building a game, they’re building an IP with the know-how accrued over decades of combined experience. Their journey begins with BattleSky Brigade, a mobile strategy game that replaces the usual gritty, military aesthetic with cute creatures and their contraptions – you certainly won’t miss their GameStart booth, set to be decorated with rabbit plushies and mini standees.

It takes a different approach to the social aspect too. In most mobile games, you’ll usually find friend systems that are mutually beneficial and risk-free. BattleSky wants those friendships to be meaningful, and their answer lies in the game’s hex-grid system. It spawns player bases adjacent to one another, forming a defense matrix that invaders must pierce through. In other words, guild members need to coordinate if they hope to mount an effective raid or defense. One for all, all for one.

The hex-grid extends to the player’s own territory, which is spread out across multiple nodes. Here, BattleSky Brigade takes on a more familiar kingdom-building tone, supplemented by other core mobile game features such as unit upgrades, a gacha system, and more.

When was the last time you played a game featuring bugs? After two Rocketbirds releases and some porting work, Ratloop Asia are back with the brand new Buglords. The whole idea behind it is symbiosis between plant and bug – the plant grants its host the power to fire energy projectiles and beams, and in return the bug needs to help spread the plant to new and different grass patches.

There’s a single-player mode which still seems pretty basic, something that Ratloop hopes to expand into a proper campaign – the game features talking bugs, so they might as well get a story out of them. On the other hand, the four-player local multiplayer seemed to be more fleshed out.

In my battle royale demo, the objective was to survive both neutral and player enemies to “lay” 50 plants. It’s harder than it sounds, as mid-way through the fight plant-eating creeps will spawn, which means players have to be smart about the location and density of their plant patches. Once a player hits the target the mode enters sudden death, but if they end up dying then their counter drops back to 49, opening room for shaky alliances and last-minute comebacks.

With their mobile and PC releases now out the door, The Gentlebros are busy hammering out the PlayStation 4 and Nintendo Switch builds for Cat Quest. It sports an open-world like classic RPGs, yet the action all takes place in real-time with multiple zones and locations to explore – what kind of cat would our hero be if he wasn’t curious? Abilities and loot make up the progression system, while a save-the-sister story drives our furry protagonist onward.

Stay tuned for our PC review. The prequel to Dusty Revenge is just about ready to release for PlayStation 4, the Nintendo Switch, and PC, all in that order. This side-scrolling beat-em-up is no mere button-masher, as players have access to a slew of moves, combos, and abilities on top of their all-important dashes and slides – the enemy AI is no slouch when it comes to dishing out the hurt.

Like its predecessor, there’s a “tactical support” element where the screen zooms out for artillery or sniper fire, depending on the enemies or environmental obstacle present. PD Design says it’s also there to help players who aren’t as confident in their melee skills, while a new elemental attack system injects some diversity to the combat. The game is pretty much feature complete at this point. I messed around with the Switch version and, outside of a few technical hiccups (they’re in the bug-fixing phase), the game felt good in terms of pace and enemy variety. I left wanting to experiment more of the elemental combo system and can’t wait to see local co-op on the Switch in action.

“A combination of fighting and RPG in one game.”
— Cheong M.C. (Developer), Studio MC

Since a playable build wasn’t available, I asked Cheong what his concept for a fighting RPG was. He begins by pointing out how fighting games usually have lively backgrounds, and that he always imagined what it was like to explore beyond the stage. That thought process informed his decision to make a 3D side-scroller, with NPCs and encounters populating the world. With that as the role-playing aspect, combat meant the game turns into a full fighting game experience, with the edges of the screen locking to the current zone.

Loot will also come into play. Equipping a powerful axe might make a certain attack stronger, but the key combo will be harder. Conversely, using a weaker axe makes pulling off that combo easier. He’s also toying with the idea of having it teach fighting game concepts to the player.

Unity’s scripting tools and asset store has so far allowed Cheong to focus on game design, though he hopes to create a more authentic fighting game aesthetic should the prototype attract enough attention.

Anyone who dabbled with mods at the height of WarCraft 3’s popularity will recognize NEO Impossible Bosses. It’s even in the name: Impossible Bosses was the mod that inspired one-man studio X0to1 (pronounced “X zero to one”) to pursue this project, and it’s the same community of fans that he’s going after.

To simplify matters, if MOBAs are 5v5 PvP then this game is a 5v1 PvE, though you’re free to try it out with a smaller party. A closer analogy would be an MMO dungeon boss encounter, since the fights are broken into distinct phases depending on the boss’ remaining health. Either way, you’ll be running and dodging projectiles while unleashing attacks and abilities of your own, juggling cooldown timers as efficiently as possible before getting overwhelmed.

Fan shares that the beta’s response so far has been good, though the main criticism was the game being too easy. He notes that the testers were mostly hardcore gamers already familiar with the original, so GameStart would be a chance to broaden that pool and gain additional feedback.

What at first was a student project featuring bees and honey ultimately evolved into the NOIRO we see today. Immediately, the puzzle game’s striking visual design jumps out at you, its levels ranging from muted monotones (“noir”) to beautiful hues inspired by Japanese nature (“iro” translates to “color”). It’s easy to see why Devolver Digital signed on as a publisher.

As with any good puzzle game, the premise is simple: lead your avatar to the end, with checkpoints dotted in between. To move, players trace a path to a checkpoint before hitting the play button, repeating as needed to reach the exit. Complicating matters are obstacles and moving enemies, so timing needs to be factored in. A second avatar appears later on too, so players need to be smart about how they trace paths. 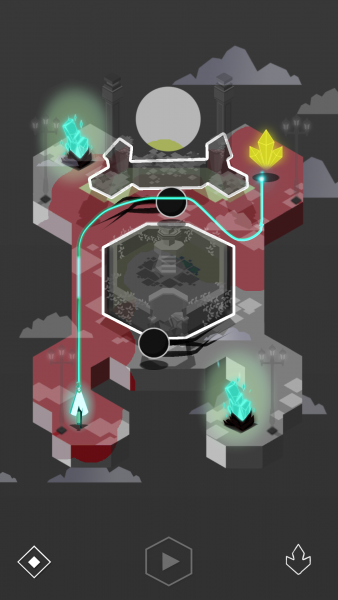 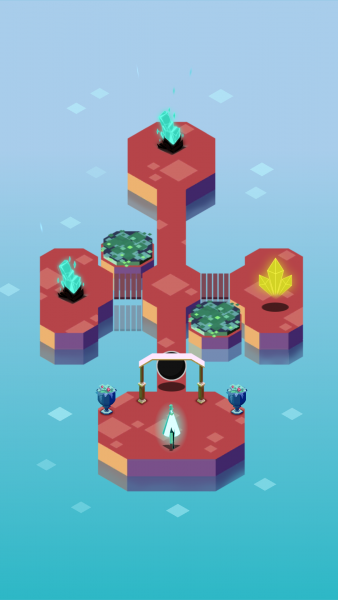 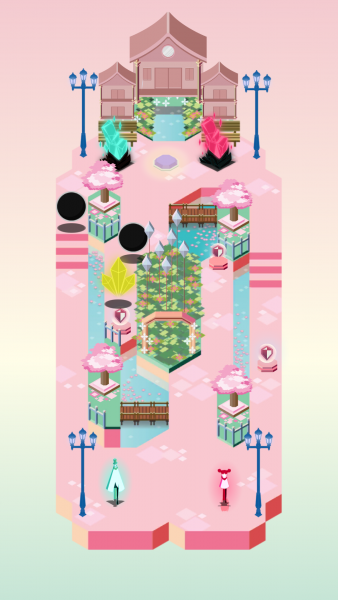 NOIRO is already on track for a Q1 2018 release on iOS, Android, and PC as a pay-to-play title. They’re looking to set the price at a few dollars to keep it affordable. Part platformer and part rhythm game, Songbird Symphony is easily one of the most approachable and unique games you’ll find at GameStart this year. As the young Birb, players leave the nest on a quest of self-discovery, his life lessons learned not through trials or combat, but through song.

It begins with just a single note, timed to lyrics complete with a karaoke-styled dot guide. Think PaRappa the Rapper, where you follow the lead, instead of the more common styles of DJ Max and company. As the game progresses, Birb will learn to sing different notes, thereby increasing the difficulty.

Those notes come into play during the platformer segments too, activating moving platforms when properly timed to the beat. I only got to see the tutorial so there wasn’t much beyond that, jumping, and gliding, though Joysteak says there is a secret area waiting to be discovered.

Check out these made in Singapore games and more at GameStart 2017 this weekend, 14 and 15 October, at the Suntec Convention Centre.

Ade thinks there's nothing quite like a good game and a snug headcrab. He grew up with HIDEO KOJIMA's Metal Gear Solid, lives for RPGs, and is waiting for light guns to make their comeback.
Previous post Sam Says: The best mousepads are those with a wrist-rest
Next post In Photos – GameStart 2017