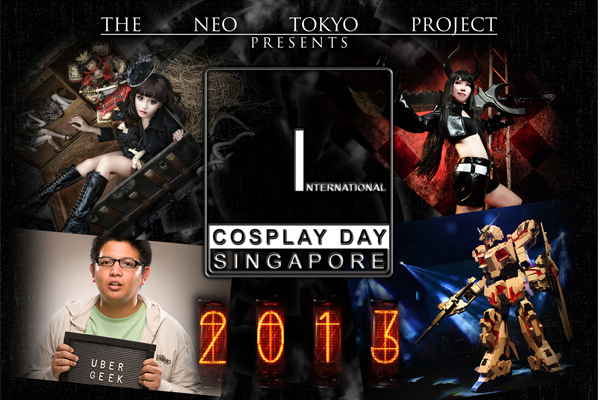 “Where there are video games, so too shall there be cosplays. May the two entwine now and forever, for the glory of all pop culture entertainment.” And that, ladies and gentlemen, is how video game cosplay was born.

The local cosplay scene has come a long way since its humble beginnings, giving way to some spectacular costumes we’ve had the pleasure of seeing thus far. You too can appreciate the hard work and talent of our fellow fans by attending International Cosplay Day Singapore (ICDS) this Sunday, 25 August, at *SCAPE.

Recognizing their effort are companies like Asiasoft, License2Play and Paradigm Infinitum who are showing their support for ICDS. But there to truly rally the gamers is major sponsor Blizzard Entertainment itself. Not content with simply flying its banner, the gaming giant is holding the Blizzard Cosplay Runway to showcase costumes from their flagship titles. Anyone remember the Diablo III cosplayers last year? Who knows what they’ve got in store now!

While taking photos and making friends with your favourite characters are a highlight in itself, organisers The Neo Tokyo Project have something else in store for attendees. ConQuest will offer visitors “the chance to influence the outcome of Cosplay Chess by completing a series of tasks to win the right to vote.” Cast your allegiance to either Science or Magic and you stand a chance to win prizes such as a set of Necomimi Cat Ears – it probably runs on science and magic too.

Artisan’s Alley aside, there are plenty of other cosplay-centric activities scheduled for the day, including appearances by famous guests-of-honour. Find out their identities and more by checking the official ICDS site or their Facebook page.

Standard tickets are priced at $5 while a VIP package will cost you $30. You may purchase them either at participating outlets or at the event itself.

Now if only somebody would go as an oil drum…

Ade thinks there's nothing quite like a good game and a snug headcrab. He grew up with HIDEO KOJIMA's Metal Gear Solid, lives for RPGs, and is waiting for light guns to make their comeback.
Previous post XCOM: Enemy Within an Expansion After All
Next post Revisit a Classic with Chrono Trigger Symphony