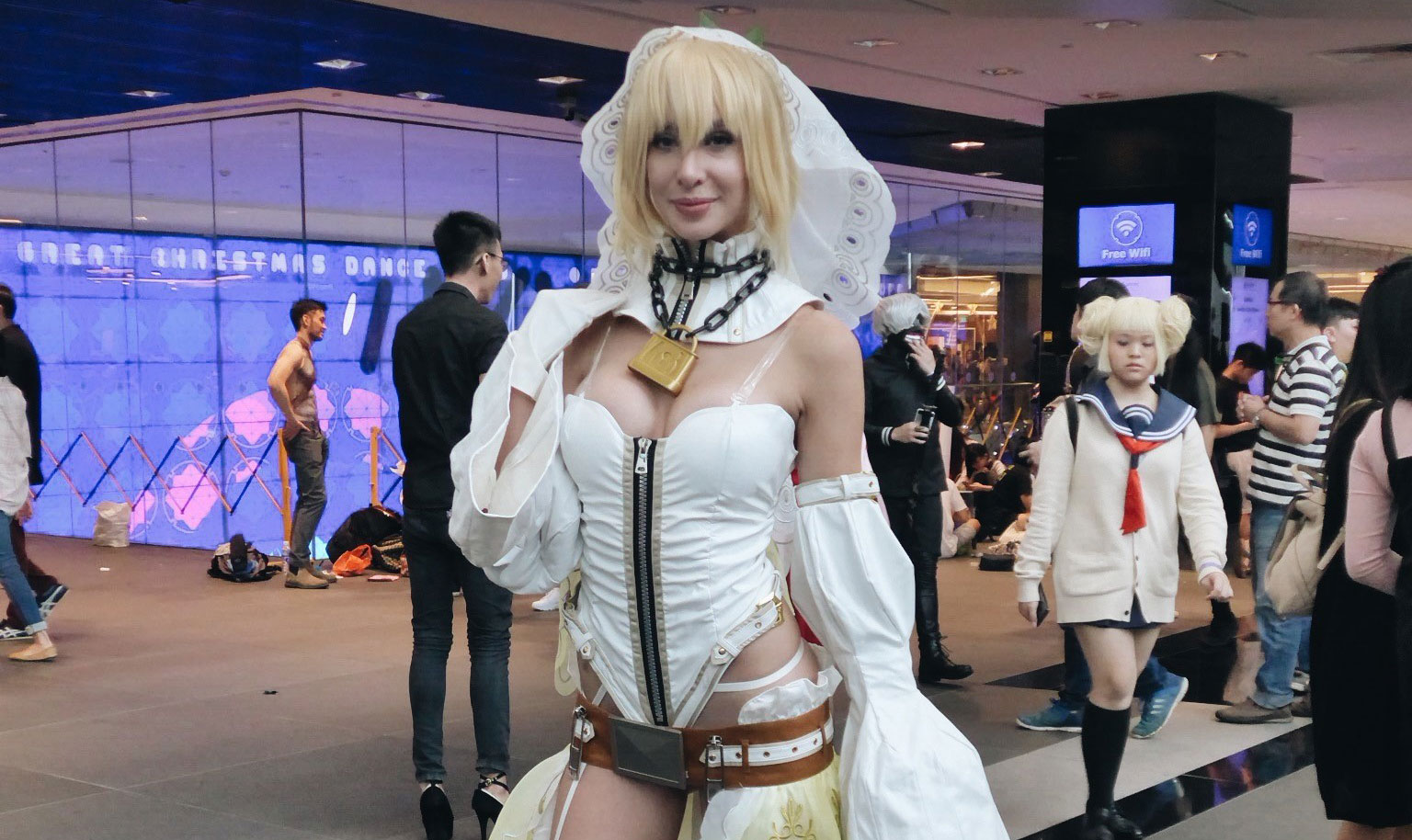 My visit to C3AFASG17 was on the second day (Saturday). The third and fourth level of Suntec Singapore Convention and Exhibition Centre was packed with J-culture fans who were eager to take in the best of Japanese pop culture. The atmosphere was electric as throngs of cosplayers streamed past me. 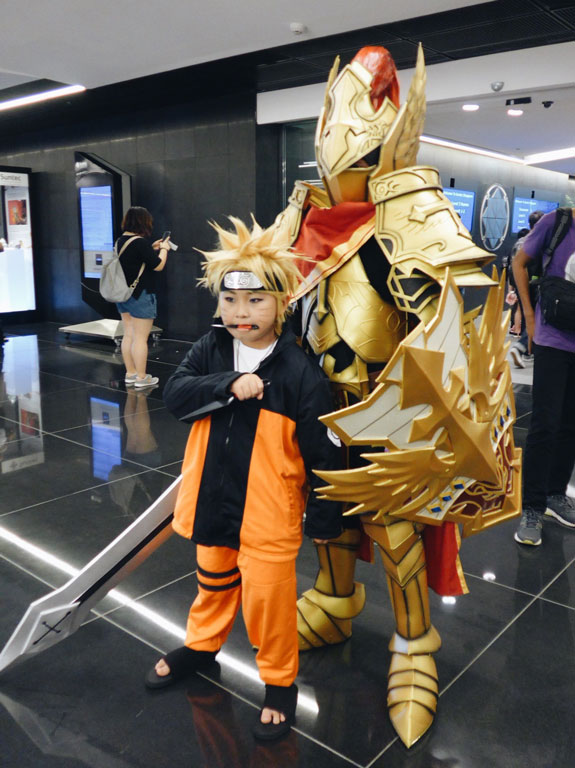 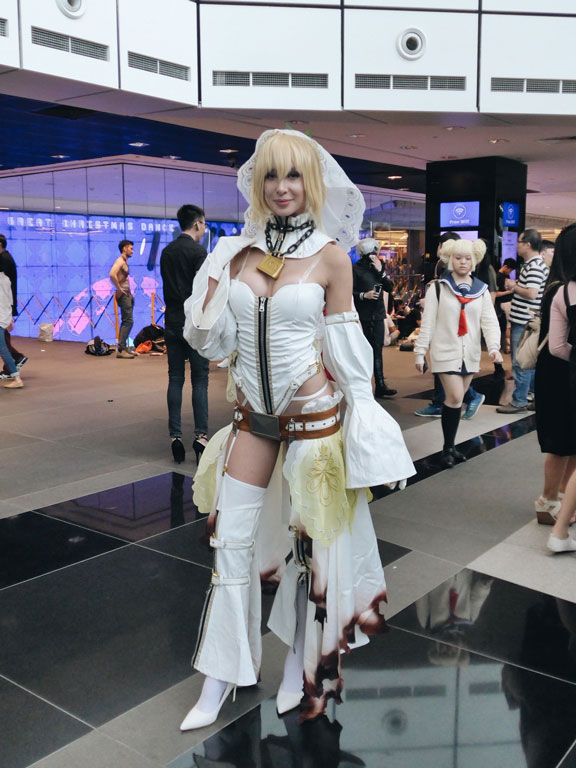 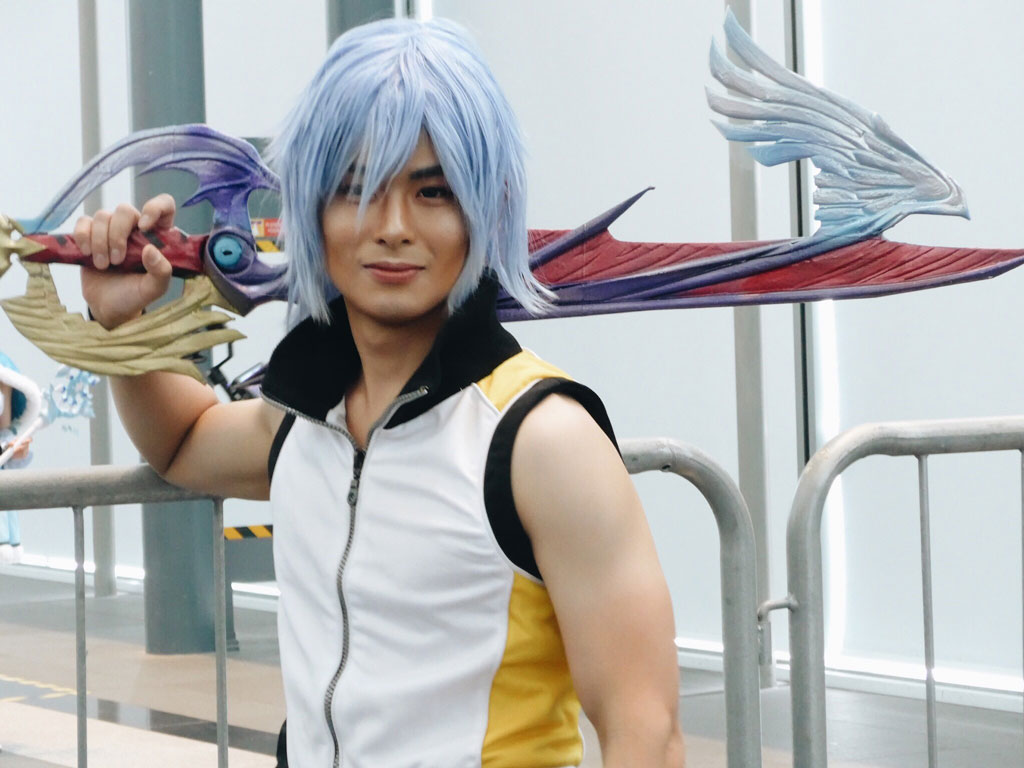 Once inside the exhibition hall, I was quickly immersed in a world of anime (duh), collectibles, celebrity cosplayers, exclusive releases, merchandises, basically you name it, and they’ve got it here. 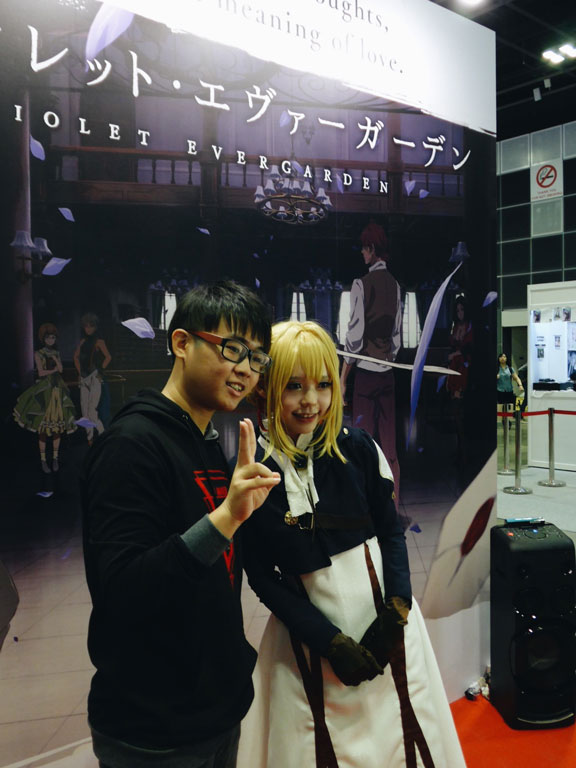 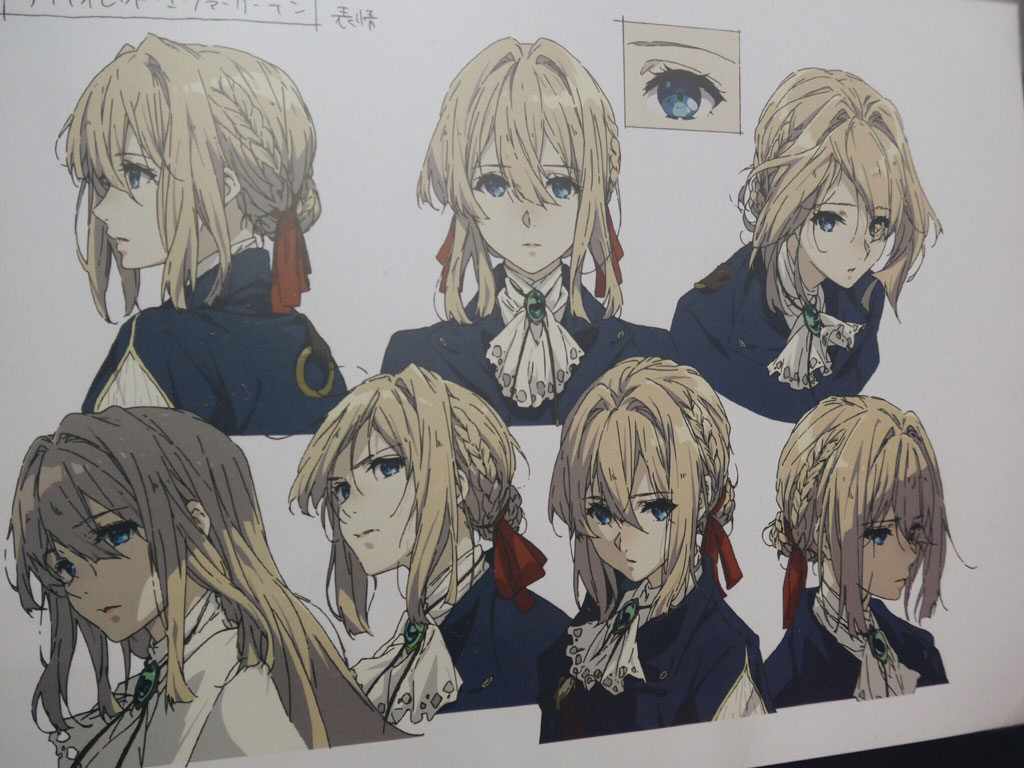 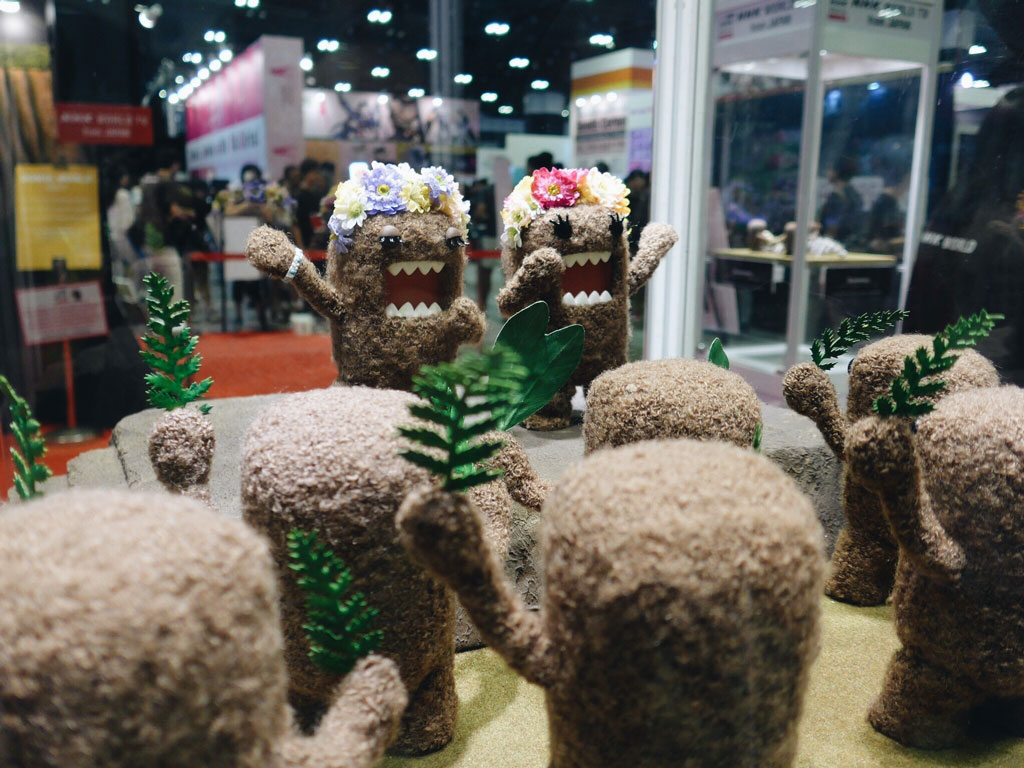 But what about something for those of us who are gaming or tech-inclined? Worry not, I have got you covered with some of my encounters below. 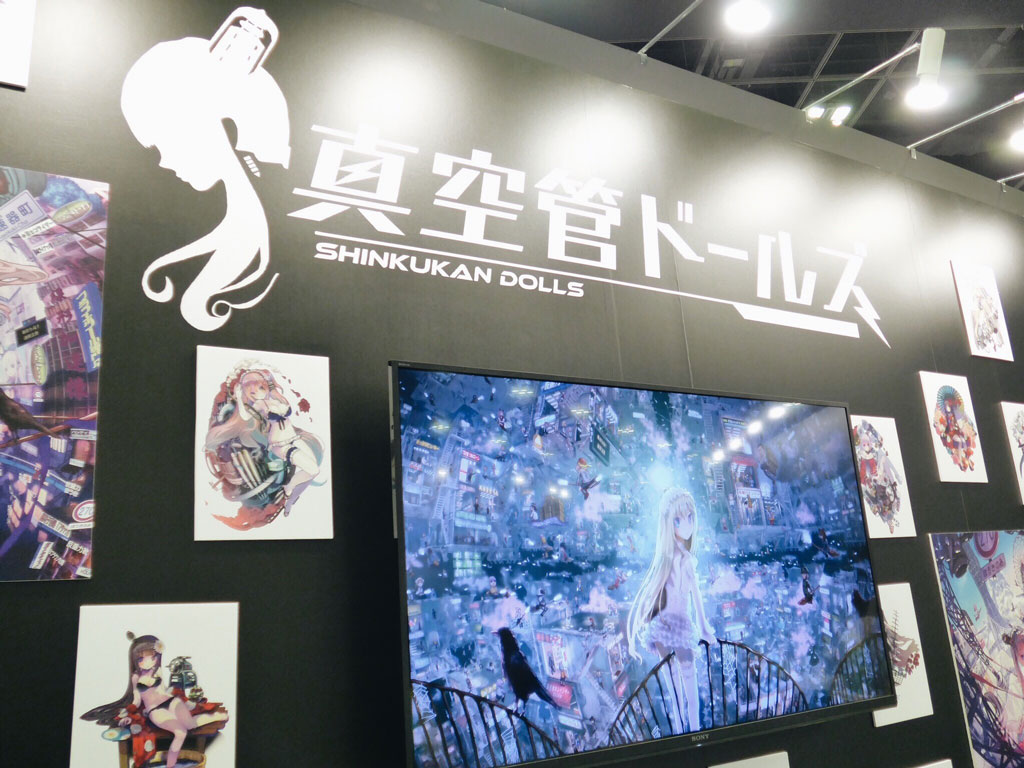 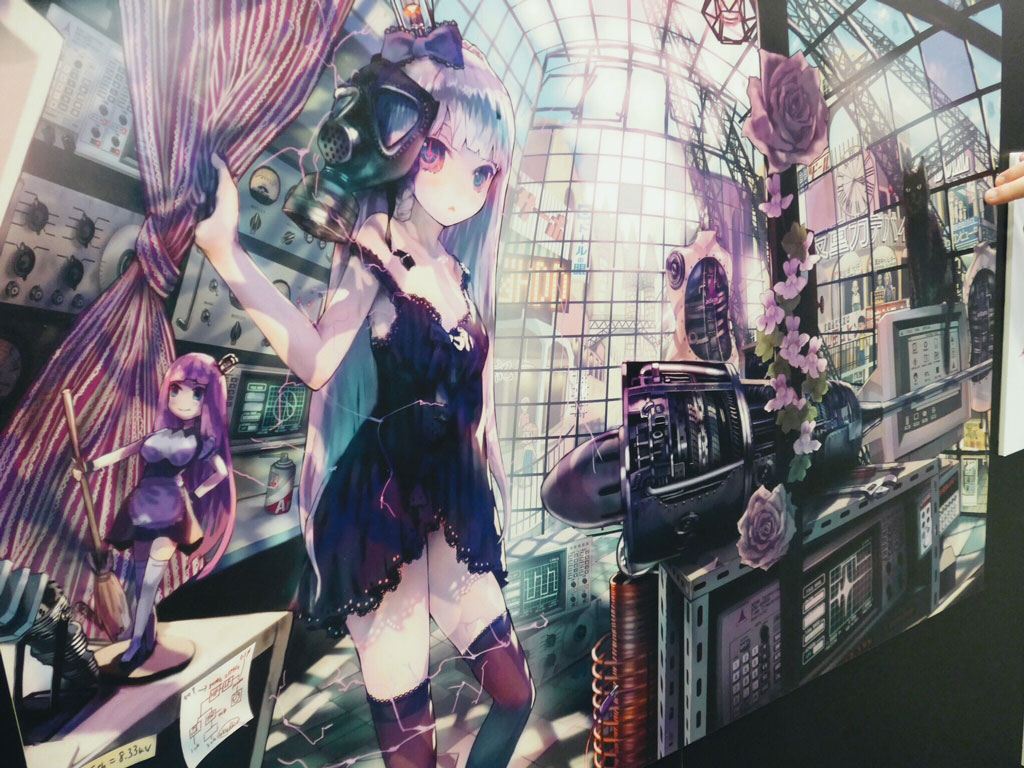 This is an interesting doll-type robot simulation game set in a steampunk world where players engage in mid-air dog fights and puzzle games to upgrade their dolls. Based on the information available, players will be able to customize their dolls, and through combination of parts, discover a variety of combos to create a strong and attractive (cough) doll. The aim is to defeat other dolls and be the strongest of them all.

The app is out on Google Play and Apple Store.

Time to put on the old school hat with this classic turn-based war game that boasts modern visual design. With a rich storyline of justice and intrigue, friends and foes, a royal assassination and hidden truths, players will battle against mercenaries and invaders with up to 15 combat units. Knowledge of the battlefield is key, and each unit responds differently to terrain effects.

Available for PS4, Nintendo Switch and Steam, the game will be launched on 21 December 2017. So, come on down to C3AFASG17 for its pre-launch demo.

Right next to the TINYMETAL booth is “anywhereVR”, a virtual chill-out room built around the concept of “favourite place, favourite things”. When the app fires up, players will be transported into a tranquil environment such as beaches, woods, and other environments with relaxing background music, 360-degree images, and mini games. Developed by Sony Music Entertainment (Japan) Inc., the app can be installed and used in any smart device, so players can use it as they would every day.

Personally, I foresee anywhereVR being really useful for therapists or travel agents.

The anywhereVR app is free to download, with additional videos/ audio tracks available for purchase. Expect more content to come. 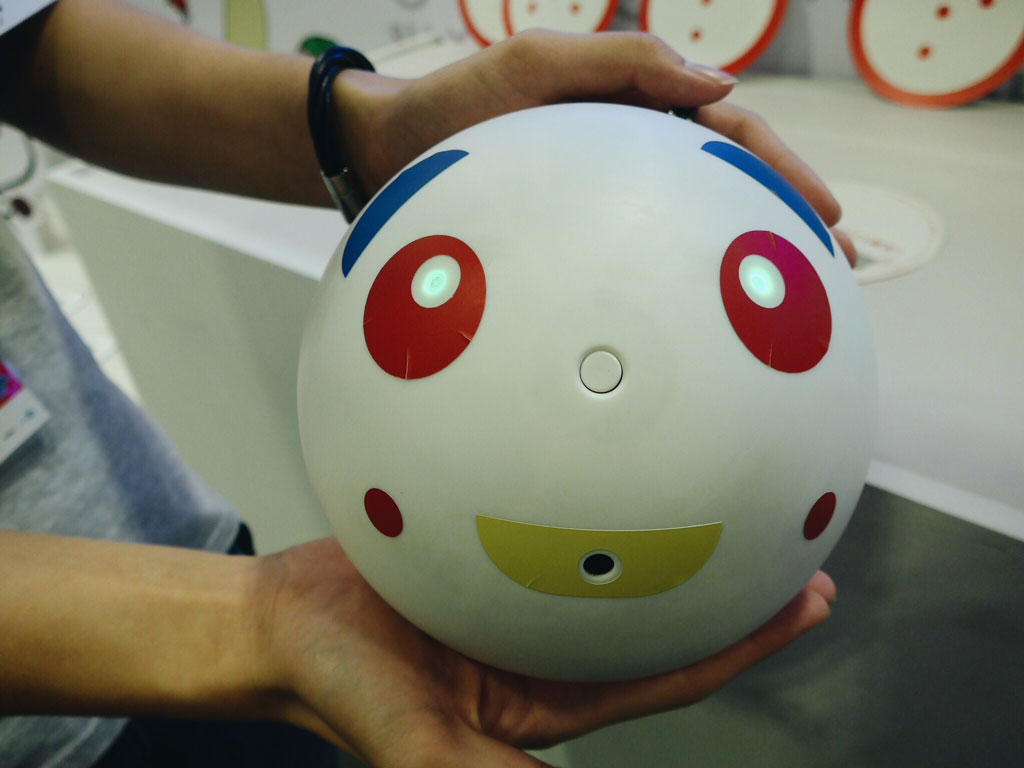 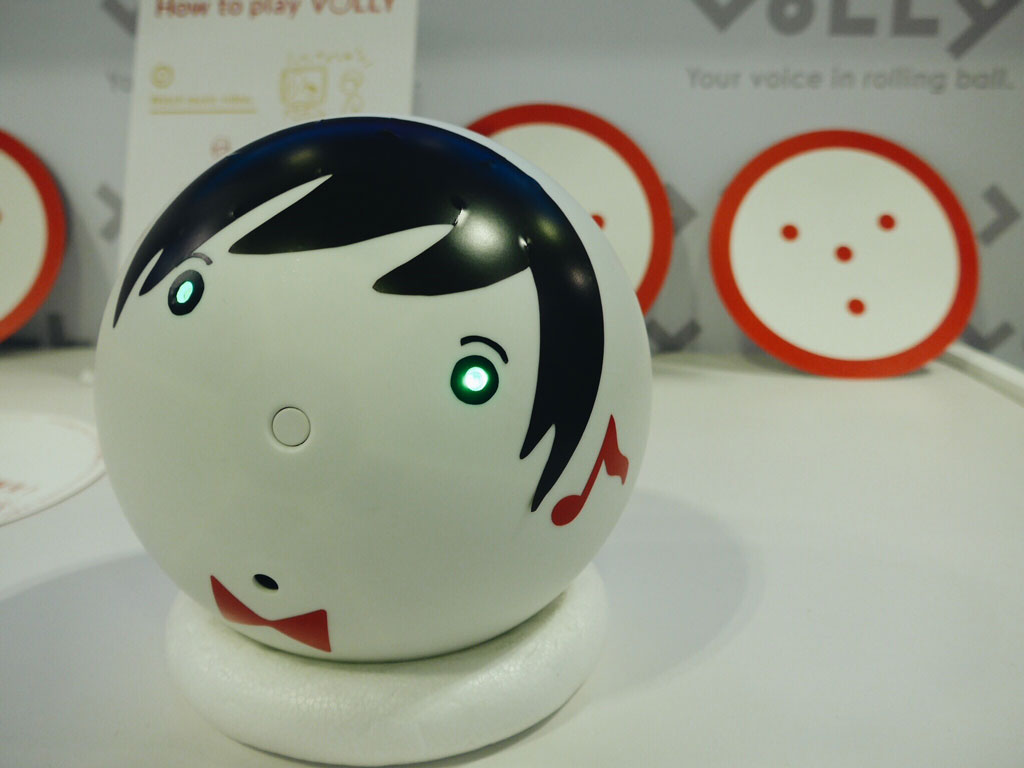 So today I also learnt a new word – “Phygital” from the creator of VOLLY, a new type of toy that combines a physical ball with digital audio experience designed for children. The idea is to encourage children to record their voices using the ball, and then shake or roll it to express different emotions.

Each VOLLY Ball has a built-in motion recognition function that reads vibration and rotation of the ball. According to creator Hideaki Watanabe, playing with VOLLY helps children express themselves and communicate with others. Children can also design their own faces on the white ball to expand their creativity.

VOLLY will soon be available in Singapore.

This arcade game is not for the faint-hearted. Yet another “Phygital” experience, players will wear a sensor belt on the waist, and basically rope-jump to get the rocket on the screen to blast off as high as it can under 30 seconds. The vertical travel of the rocket depends on how high the players can jump.

Local shopping malls might find this useful for the hyper-energetic children, just saying. 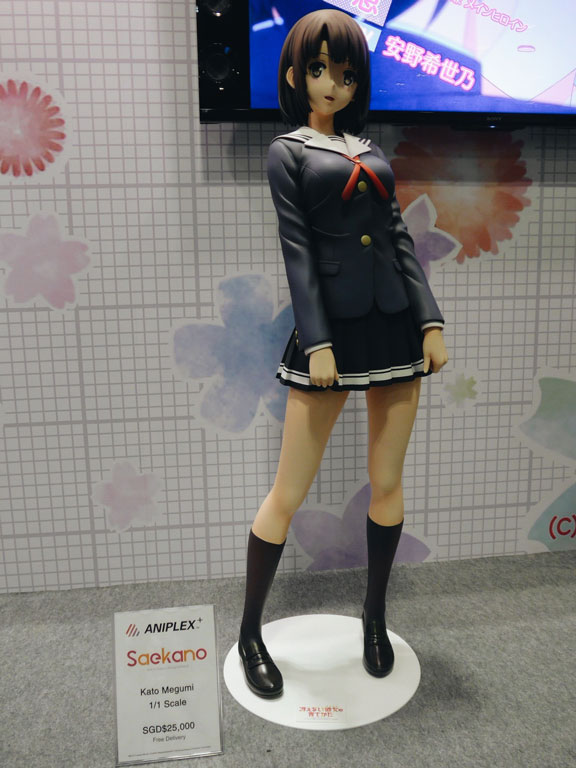 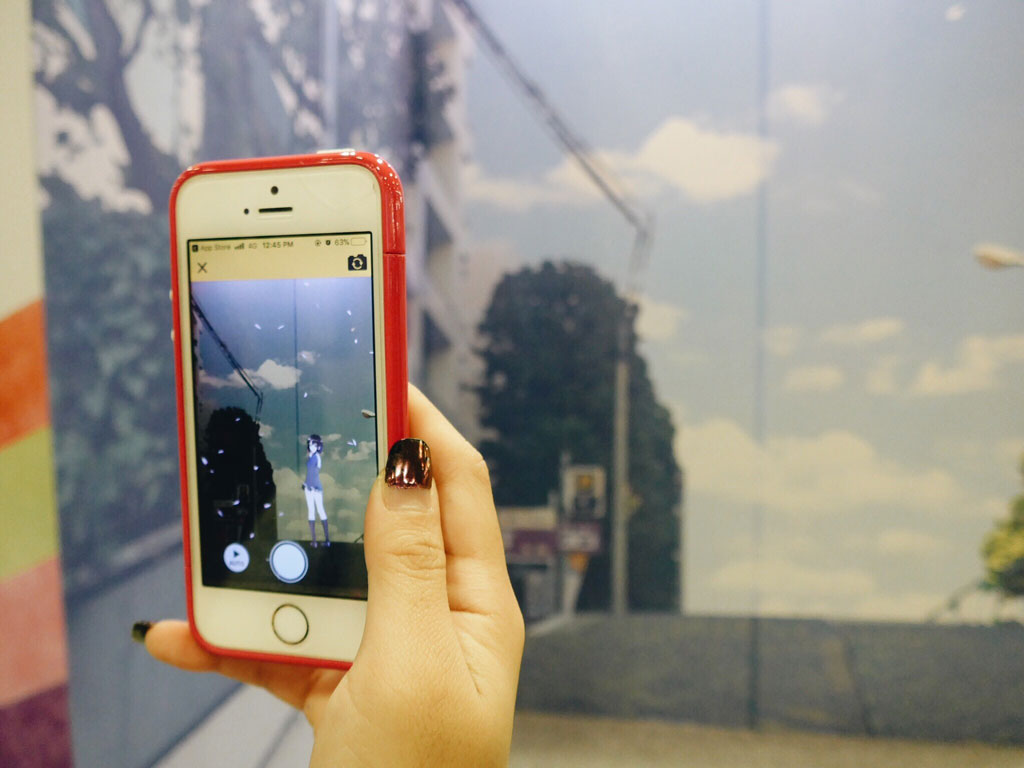 Fans of the popular anime TV series  “How to Raise a Boring Girlfriend” are treated to a life-sized Kato Megumi figurine at the Saekano Shop. Only one of the 158cm tall figurine is available for purchase at C3AFASG17. Auction of the figurine priced at S$25,000 will take place on Sunday.

For other fans without as deep pocket, the Saekano Shop also has an AR feature where fans can meet Kato Megumi in one of the iconic scene of the anime. Just download the ARAPPLI app, and see the heroin appears before you. 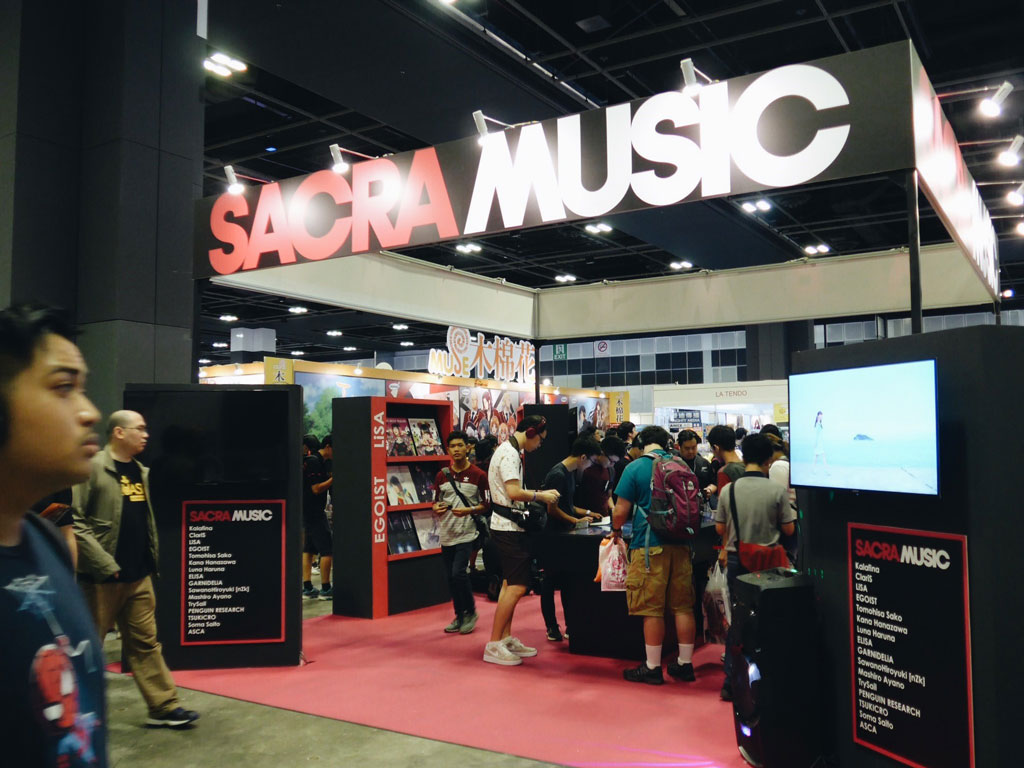 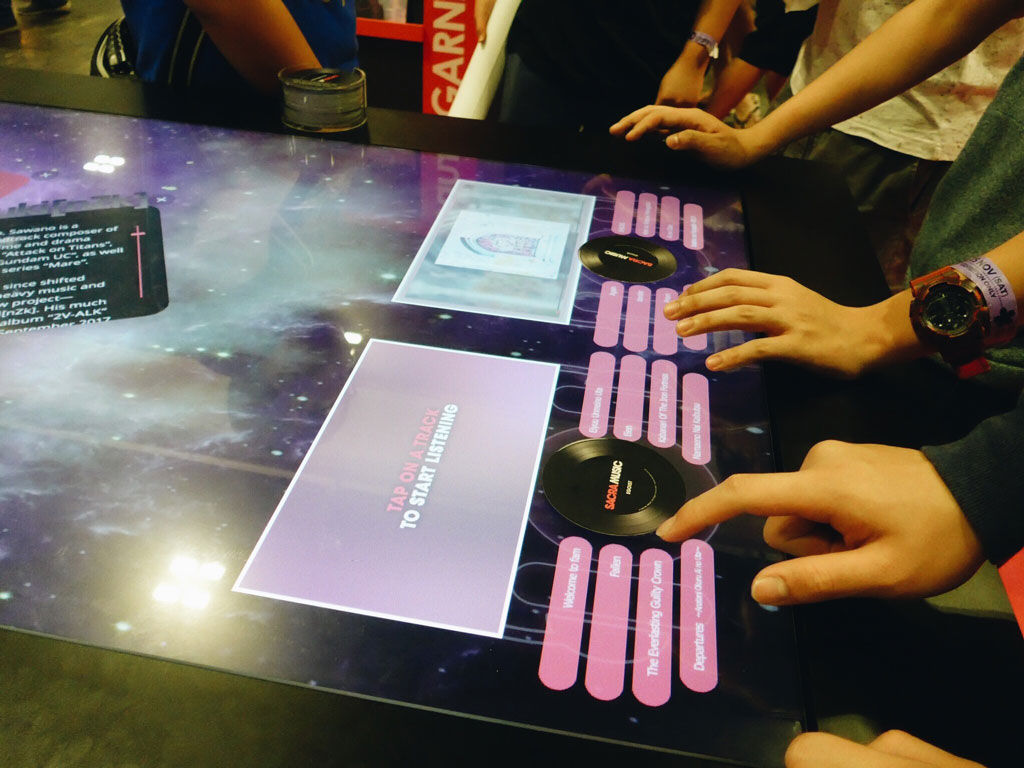 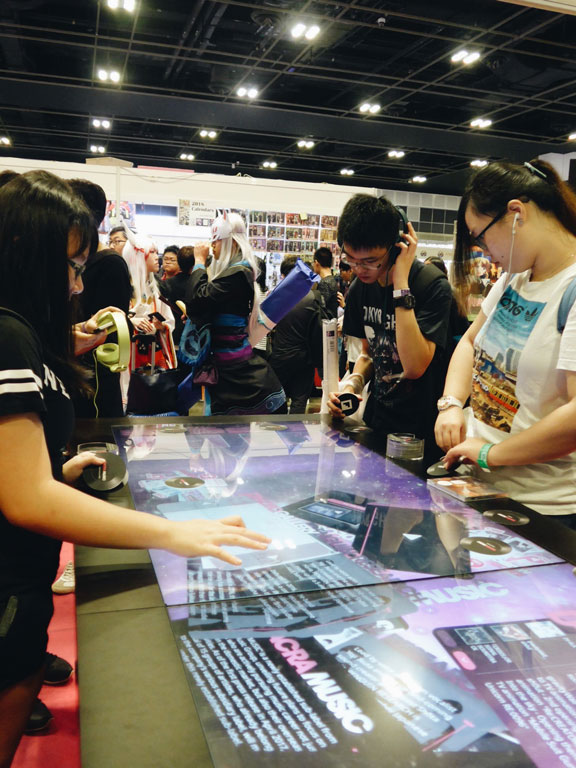 SACRA Music boasts a stable of established artists with various anime tie-ups, and they have brought an impressive interactive multi-touch table top display to introduce the artists at C3AFASG17. Using a vinyl marker and Sony headphones, visitors can search each artists’ profiles, latest releases, music videos, photos and even leave a message to them on the table top.

It is quite amazing to see the table top accommodate to multiple users at once, kudos to Make Studios and SOZO (organizer of C3AFASG17) for developing such an impressive tech.

Beatnik is game for anything except the horror genre. He’s just not that into being spooked and having goosebumps in the middle of the night.
Previous post Prepare for a jam-packed weekend at C3 AFA Singapore 2017
Next post Steve Lightfoot on running Netflix’s The Punisher