Forza Horizon 4 is the ‘chillax’ racing game we all deserve 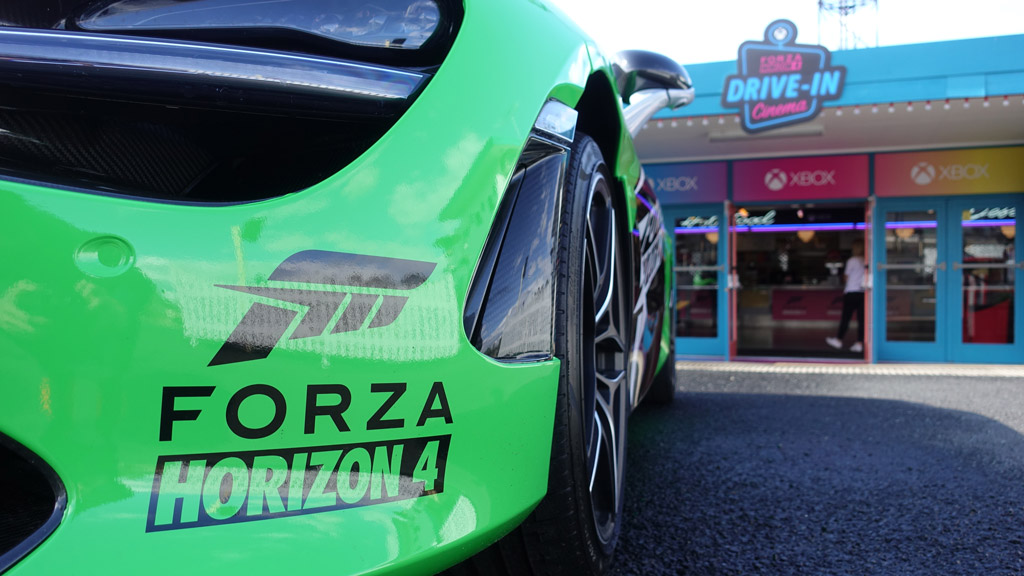 The last game in the Horizon franchise was set in Down Under and lets players race cars and trucks across lush rainforests, deserts, beaches and the streets. For the uninitiated, Horizon is a spin-off in the Forza series – a more playful, arcade-style take on racing, than the more realistic tone of the Forza Motorsport games.

The upcoming entry, Forizon Horizon 4, will see fans taking to the winding country lanes, mini roundabouts, beaches (too!) of Britain. Not exactly a surprise, to be honest, as the country is considered a motorsport capital and there’s also the fact that developer Playground Games is based in Leamington, Spa, so it’s also a homecoming of sort for them. One of the key reasons why Britain was chosen was also to showcase the franchise’s latest feature: Dynamic Season. As the name suggests, players will find themselves burning the tarmac along a forest vista and glittering blue lakes. Winter however, and players can drive through deep snow drifts and the same blue lake mentioned earlier could be frozen – potentially opening a new route.

In the demo that I tried at a media event in Sydney, Dynamic Seasons is undeniably impressive. I got to splash through mud in spring, bask in the sun of summer, zoom past lush orange foliage in autumn, and race across frozen lakes in winter. Unsurprisingly, it’s winter that stands out the most. As in the real world, the snow and ice offer tangible changes to gameplay, where an easy long and windy road in the summer will require you to become a more technical driver in winter instead – learning to brake carefully and drift tactically becomes key learning skills in the game. But the changes in the game are mostly otherwise cosmetic (you’d be hard pressed telling the difference between the last Forza Horizon game and this one too), even if they are extremely stunning. Especially when running the game at 4K with HDR and at 60fps on the Xbox One X or even a souped-up PC.

Forza Horizon 4 will be one of those games where you could just take a virtual car out for a spin and simply do nothing but appreciate the in-game visuals.

It also helps that the British setting is clearly a labour of love. From the low stone walls bordering the country lanes to the painfully accurate signage, Forza Horizon 4’s attention to details will not go unnoticed by anyone who’s familiar with the country. As Ben Penrose, Studio Art Director for Playground Games, explained to me in a series of questions that I posed to him at the same event, that also meant Forza Horizon 4 is easily the game in the series that’s more heavily scrutinized internally than the last three games GameAxis: Forza Horizon games have been set in the North America, the Mediterranean, and most recently, Australia in the last game. And now, in Britain. What’s the reasoning for going for Britain and why now?

Penrose: Okay. It’s a good question. So honestly, it’s quite complicated I’d say, but if you indulge me for a second…so we had been looking at dynamic seasons feature in this game for a very, very long time. Even back since Horizon 1, we’ve been talking about that feature. And it was always something that we felt was technically slightly beyond what we were able to achieve at the time.

There’s a lot of technology that must happen to make that feature work. When we got to early pre-production of Horizon 4, the same team that had been thinking about it for many years came to us and said, “I think we’re ready to do this feature. I think we’re at a point now where we can do it.” It was the same time in production that we were thinking about the location for the game.

And so, there was this moment where Britain was on the shortlist. It’s always been on the shortlist every single time, and in the past, we might have discounted it because we thought somewhere else was more exotic and provided more of the game that we were making at the time. But suddenly, we had this option to do seasons in our game. And Britain is a seasonal country. It’s also a home country so something we could study all year round really closely. And it felt like too much of an opportunity to pass up.

Penrose: Yeah! I mean, Britain is the home of racing, it’s the home of music festivals [laughter]. So, yeah, homecoming is a good way of describing it!

GameAxis: So, was making a UK setting in Forza Horizon 4 easier, so to speak, compared to past Horizon games then?

Penrose: I think the answer to that question is also slightly complicated. I think in some ways it was easier in that we were always next to the things we needed to research. So, we could send the guys out into the field to take photography and video every single day if we needed it. They could just go out and they didn’t have to worry about going on a plane and doing a 20-hour plane ride to Australia, for example.

But at the same time, I think, in the past, when we have gone to a different country, we’ve always asked the locals whether we’ve got it right. So, the last time with Australia, we were talking to Australians and they told us that they thought we did a really good job. And that was amazing for us. This time around, obviously, doing Britain, we knew ourselves when we were getting something wrong. And, that would make things more difficult. Because you were always questioning whether something was as accurate as it could possibly be. Because you knew when it was wrong and that would eat away at you.

So, I think as an artist, that was a bit more of a struggle. But I think what it has done is it’s pushed us further than we would have been pushed in the past necessarily. So, I think we’ve produced a visual that is more accurate and more authentic this time as a result than we’ve done in the past. Yeah.

GameAxis: Well, let’s talk about the new dynamic seasons again. How does this feature impact the game play?

Penrose: Massively is the answer. It was really important that this feature wasn’t just about visuals, it needed to be about the game played. The dynamic seasons comes along with it. And it affects, I think there’s a lot of the gameplay that changes probably in ways people would expect. So winter, for example, you’re driving on snow and ice and wet surfaces. Yeah. It’s going to affect the cars. Autumn, you haven’t got as much frozen terrain, but actually, the terrain is still wet and deformable. So, then the mud’s going to slide under the tires. And all these things, they’re all new experiences but they’re also things that are going to affect all of your decisions in the game.

Not necessarily just why you’re in the race, but also maybe like what vehicles you decide to use for a particular race. And that’s what I mean by the gameplay is always being changed by the seasons. The other thing that is important to talk about though, which is not immediately obvious, maybe the stuff that people don’t think about, is that seasons changes every week.

Penrose: We’re going to bring new content every week. So new championships, new events, and they’re going to be exclusive to that particular week – and to that season. And to explain that a little bit better, what I mean is, the exclusive events and championships you’ll experience in like summer, for example, will be different next time around in autumn. So, the content is always being updated and changing. The guys back at the studio are going to be producing new content for this game every single week with each season.

GameAxis: Are there plans to include motorbikes as DLCs, or maybe in the next sequel?

Penrose: It’s a good question. At the moment, Forza is something that is about cars. And that’s just where our focus is now. So that’s probably the best answer I can give you, to be honest.

GameAxis: Let’s talk about technology. NVIDIA has announced their latest GeForce RTX cards with ray tracing support. And I think it might be a technology that makes racing games look fabulously real. Are there plans for a post-launch update to bring ray tracing support to the Windows version of Forza Horizon 4?

Penrose: There are no plans to support ray tracing. I think what companies have been showing with that technology is really exciting. So honestly, as an artist, as an art director, ray tracing for me is like the holy grail. So, it’s something that is very exciting and actually, I think it’s incredible that we’re talking about it much earlier than I thought we would be talking about it in terms of a technology that’s accessible.

GameAxis: But I think it’s a missed opportunity when you’re not being able to use the full range of technology that’s available on PC. Do you feel that somehow pigeon-holed yourselves?

Penrose: I think that’s a really good question. And honestly, I think we’ve got to a point now where we’re pretty good at making sure that we can take advantage of the suite of platforms that are available to us. If you have a PC that is really powerful, you can go 4K, 60 frames per second. And we also have a whole bunch of options now which are brand new to PC. So, we’re offering graphics setting options beyond ‘Ultra’ mode. You can now choose ‘Extreme’ settings and a couple of other visual enhancing options.

And I think that what’s great about that is because of the way we developed the game. We’re able to leverage all of these extra features because of the extra power that’s behind some of these platforms. So, I no longer feel like there is a thing where we’re being held back by anything. I feel like we’ve got to a pretty good place where we can scale up where the opportunities arise.

GameAxis: Thank you for your time, Ben.

Aaron Yip is an industry veteran with more than 15 years of experience. When not spending time on his gaming PC and consoles, he can be found in Hyrule solving ungodly puzzles and collecting gems.
Previous post Diablo III’s Eternal Collection hits the Switch on Nov 2
Next post Shadow of the Tomb Raider (PS4) Review