Forza Horizon 3 will be the most social racing game yet 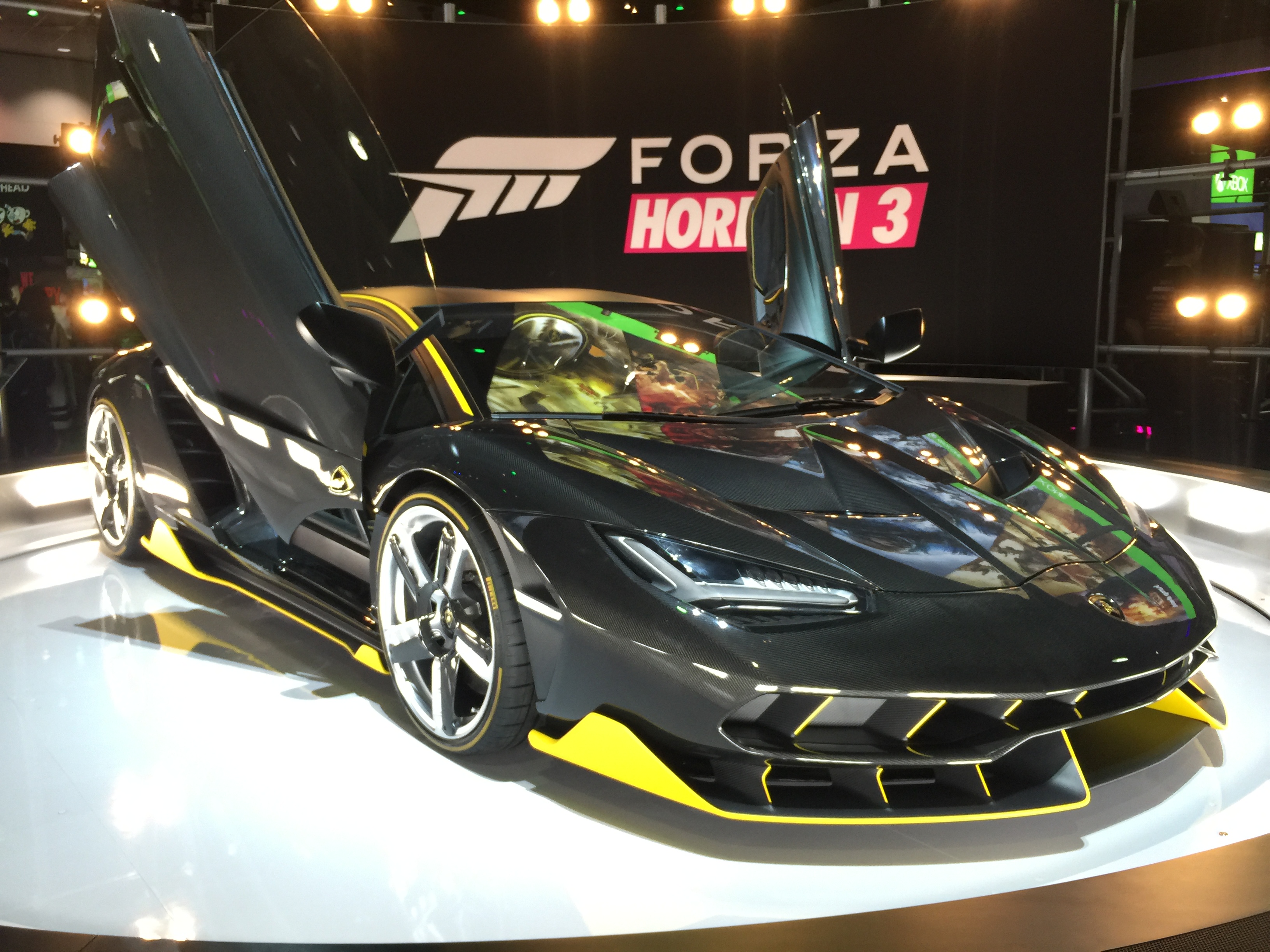 E3 2016: In Forza Horizon 3, Playground Games have created an open-world twice the size of Forza Horizon 2. Over at E3, we got a taste of what fans can expect to see when the game is out.

Set in Australia this time, Forza Horizon 3 now has twice the amount of environmental diversity. Examples include the great Australian outback, the rolling hills, rainforests, and of course the country’s amazing coastline.

The game now has 350 cars, which is nearly more than half of what Horizon 2 had at launch. Some of these vehicles are new in the franchise – and for practical reasons too. Australia, with its rugged terrain, will require appropriate vehicle types such as the Aerial Nomads and the Class 10 buggies. Off-road buggies of the extreme type, if you will. Some of which are even native Australian models.

In creating the game’s visual fidelity, the developers have pulled out all the stops. To create the Australian sky, for instance, the team had a bunch of guys set up a camera rig to snap images of the sky out in the country for every second of every day, for the entire summer. In 12K and HDR, no less. The same team that took the images to the studio and put it through some incredible amazing development and processing. The results are stunning – I am not kidding when I say Forza Horizon 3 is easily one of the prettiest, and most realistic-looking game out there.

Horizon 3 now puts you in the shoes of the boss of the Forza Festival. Gone are the days of you being the rookie and working your way up. Players now get to make all the big decisions that affect the festival. You get to decide when to expand your festival, where to plant new sites, you can get to decide what music gets to be played and even what events to be held. It’s all very be-the-boss.

Playground Games have also implemented a new feature called Forza Blueprints, and that allows you to create your own gameplay and share it instantly with your friends. You will be able to make your own events, where it will be and what routes it will take. Horizon 3 will also get bucket lists back, and you can also create your own and share them.

Drivatar has also undergone a revamp. Traditionally, Drivatar is always about the competition. Specifically, it’s all about competitive gameplay with your friends. Horizon 3 now wants you to think about Drivatar as if it was not a competitive part of the game. In the new game, players can now also play with your friends’ Drivatars as if they were your friends themselves in a cooperative fashion. Hence the birth of a new Drivatar feature called Drivatar Lineup. As the name suggests, Drivatar Lineup will allow you to hire and fire your friends, and you will need new star drivers in your festival to help expand and grow your festival.

At key points during the game’s progression, you’ll be allowed to go out into the open world, find your friends’ Drivatar and hire them as your new star driver for your Horizon Festival. This is important because this means that everything they do in the game (their game, to be exact), all of their achievements and crew will go towards your progression as the boss. You only have four Drivatar slots in the game, so if your friends are really good, you’ll probably will want to keep them around. But if they’re not so great, you might want to fire them and find someone else better. And if you’re like me, you’ll probably want to tell them that after you’ve done it.

Another big change from Horizon 2 is the ability to customize absolutely anything out of their cars. Considered the biggest overhaul since the franchise began, Horizon 3 will give players access to all new rallies and off-road parts, just to name a few. Also in Forza for the first time, players can also apply wide-body kits to their cars with representations from some of the best manufacturers out there. If you are feeling really nitpicky, you can even create your own number plate, pick out your own vehicle horn, and even your own driver character that best represent you.

Perhaps one of my favorite feature of Horizon Forza 3 is its Play Anywhere compatibility – you will need to buy the digital version though. Playground Games is determined to make the game its most social racing game yet, and thanks to Play Anywhere’s Cross-Save function, you’ll be able to save your progress on one version of the game to the other seamlessly. The game is also one of the first Play Anywhere title that allows players to play with their friends across both Xbox One and Windows 10.

Not surprisingly, the developers are really excited to bring this to Forza and they were also very proud to demonstrate another feature made possible thanks to Play Anywhere. And that is the inclusion of four-player campaign co-op. In what the developers are calling no-ifs-no-buts, players can do everything in co-op as they could with the single-player game. You can drop in and out whenever you want. When you leave a co-op session, you’ll take everything you’ve earned, including achievements, back into your own solo game, so all your time in co-op is never wasted and you’ll never have to do the same thing twice if you don’t want to.

With campaign features, Drivatar innovations and returning features, and with seamless online play and free roam and brand new modes like Flag Rush, all of this wrapped up in Xbox Play Anywhere, this is arguably the most ambitious Forza racing game yet.

Aaron Yip is an industry veteran with more than 15 years of experience. When not spending time on his gaming PC and consoles, he can be found in Hyrule solving ungodly puzzles and collecting gems.
Previous post Horizon: Zero Dawn lets you hack nearly every machine in the game
Next post Don’t Miss: Campus Game Fest 2016