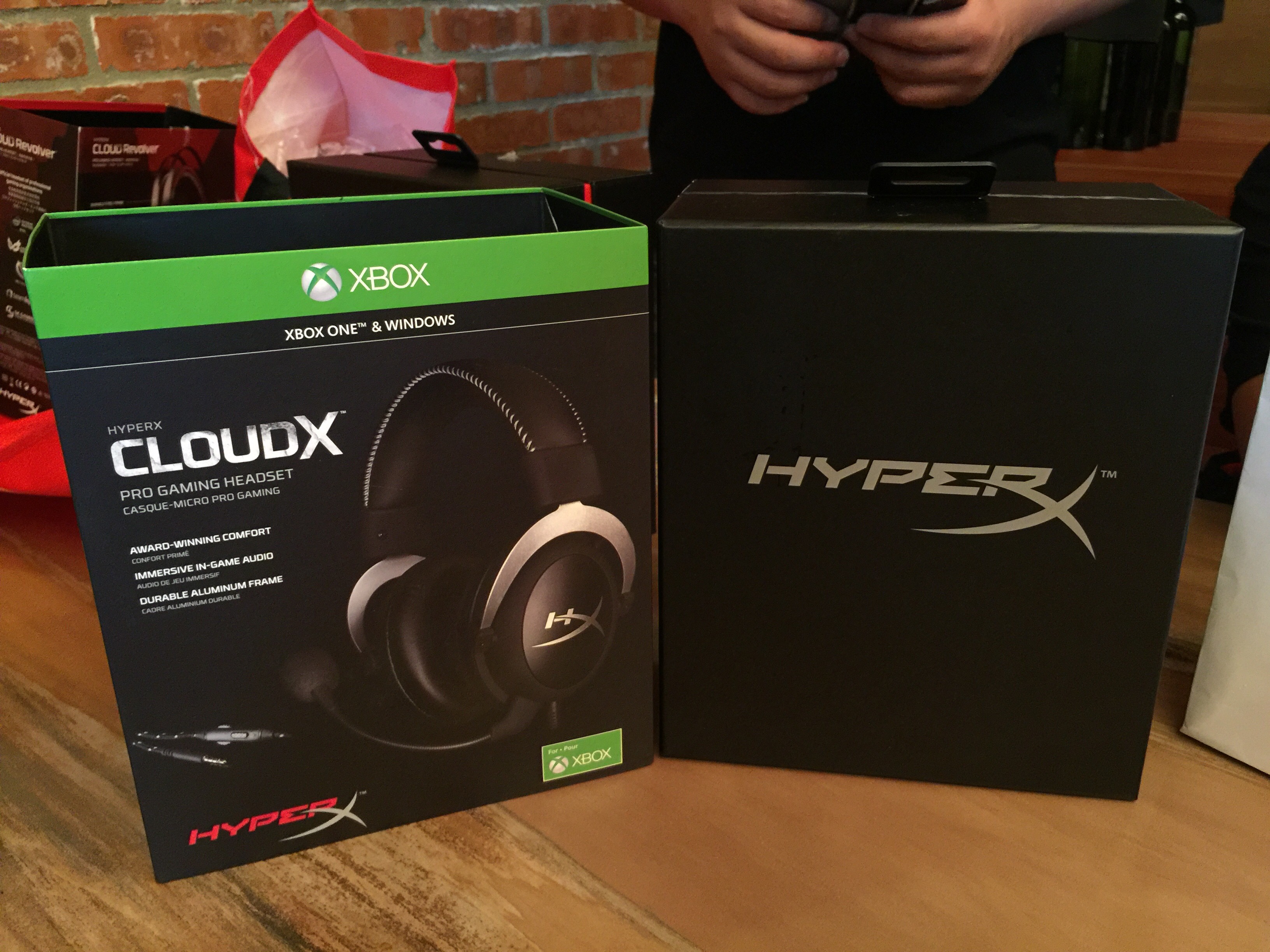 Computex 2016 – Kingston asked us out for a coffee date to introduce their new HyperX CloudX Pro Gaming headset for the Xbox One. How could we say no?

Announced at CES earlier this year, the CloudX is targeted at Xbox One gamers – although there’s no reason to not use it to play games on your PC too. The package comes with a nice hard shell carrying case, interchangeable ear cups, 2-metre long extension cable (for use with a PC) and detachable mic.

The HyperX CloudX Pro Gaming Headset for Xbox One sports a pair of 53mm Neodymium drivers and will be out in mid-June. Pricing will be available at a later date, and you’ll hear it from us here. We’ll also be getting our hands on one shortly, so stay tuned for our review too.

Kingston also took the chance to show off their new HyperX Predator DDR4 memory module. The new RAM comes with a clock speed of 3300Mhz and with a latency of CL15-16. Crucially, it will also sports a shorter height for its heatsink – taking up lesser space to accommodate gargantuan CPU coolers that are so popular with overclockers. The new HyperX Predator will also be available later this month.

Aaron Yip is an industry veteran with more than 15 years of experience. When not spending time on his gaming PC and consoles, he can be found in Hyrule solving ungodly puzzles and collecting gems.
Previous post Secretlab unveils the TITAN, their largest chair yet
Next post Ready At Dawn announces De·formers