Our first hour with Starlink: Battle for Atlas 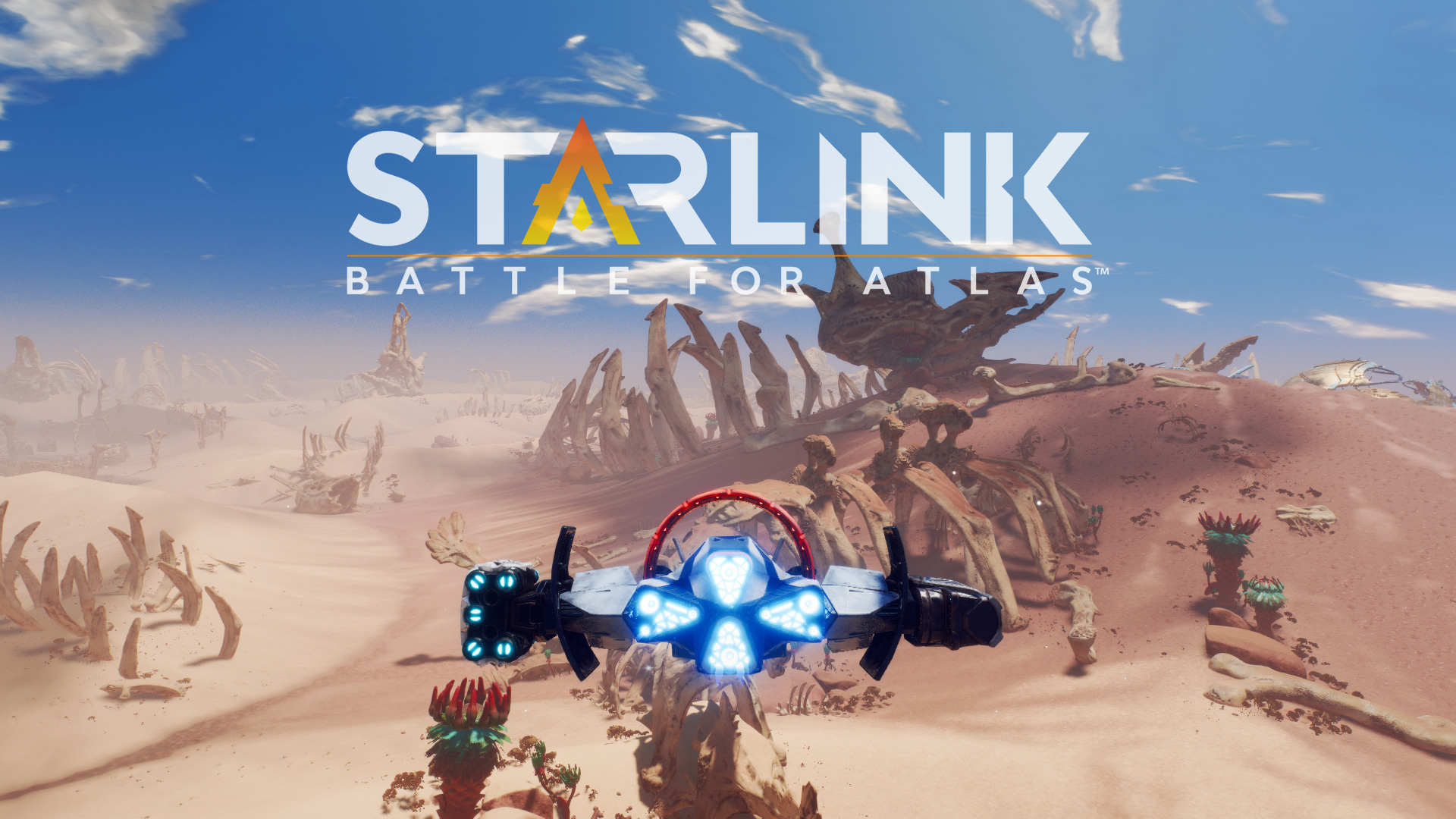 If Ubisoft are gambling on a new intellectual property for their bid in the toys-to-life space, then surely it must be riding on some good characters and gameplay. Right? So we looked to Starlink: Battle for Atlas with some enthusiasm, and once the Starter Pack made its way to our office we promptly set things up.

To quickly recap, Starlink: Battle for Atlas is Ubisoft’s first step into the toys genre. Think Activision’s Skylanders or Nintendo’s Amiibo, or maybe even Disney Infinity as it glassily stares back from its grave. The whole idea is that the physical toys you own (and display) also translates to in-game appearances, but Starlink does it a little differently. Where others have you “scanning in” the entire figure and character, Ubisoft is a touch more modular with its starships and pilots. 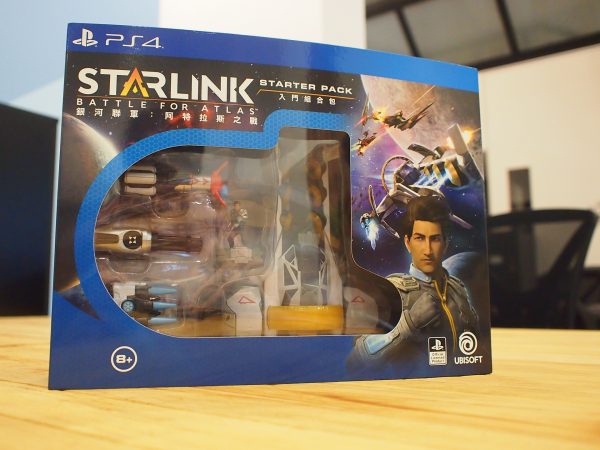 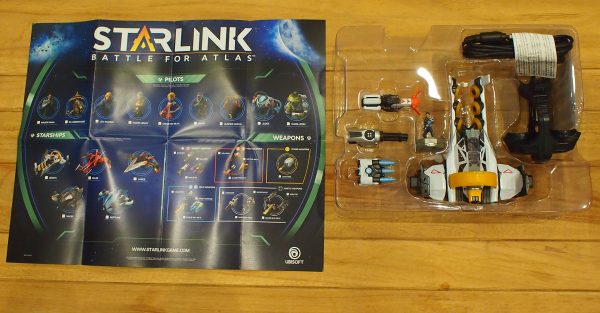 The Starter Pack looks at home on any toy shelf. Inside is a fold-out catalog of all the available modules, a physical copy of the game, a controller mount, and five parts. Those parts are the fresh-faced pilot Mason Rana, the starship Zenith, and three weapons: a Shredder rotary cannon, a Frost Barrage guided missile pod, and a spitting Flamethrower.

The paint work on the models aren’t anything to shout about, though they’re good enough to sit on a shelf or your home entertainment cabinet. There’s a good mix of materials and finishes to match how it’ll look in-game, and most importantly it seems like they’ll survive some rough-housing. Protruding parts such as fin stabilizers, gun barrels, and rocket noses all stood up to our curious poking and flexing, including an accidental fall roughly 50cm in height. 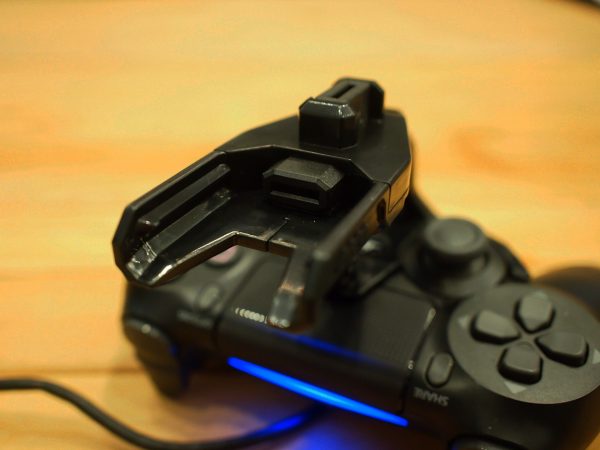 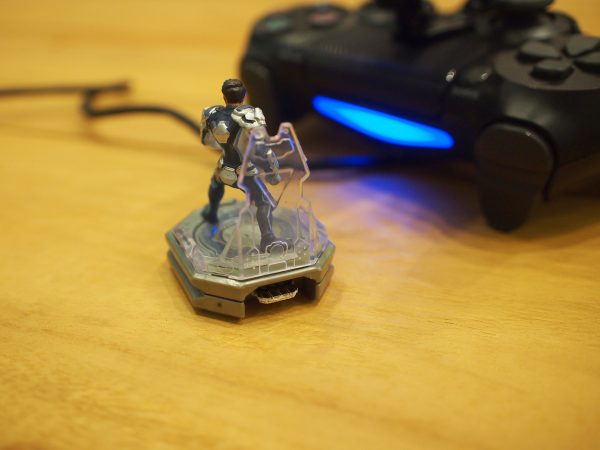 As for the wired controller mount, it snaps onto the DualShock 4 with an easy snap (the game is also available for Xbox One and Nintendo Switch). The cable runs for approximately 2.7 meters but don’t feel tethered by it — you can leave the mount set on the table while you play further away, though it’s best it stays within easy reach for parts swapping.

Each module connects to the other using a chip that appears sturdy enough. They have to be, as you’ll be changing weapons pretty frequently; the starships and pilots less so, but it is something you can freely do in-game. For further context, let’s dive into the gameplay.

Starlink: Battle for Atlas can pretty much be compared to No Man’s Sky. You can freely travel within the zoned Atlas star system, each planet home to its own flora and fauna. There are minerals and plant ingredients to collect, animals to scan, and a bevy of quests to assist the native alien population in your fight against the Forgotten Legion, an evil robot army. 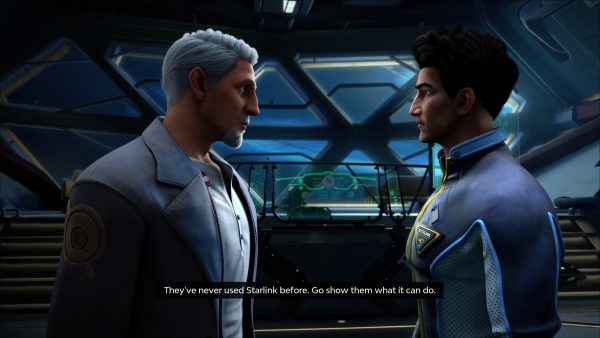 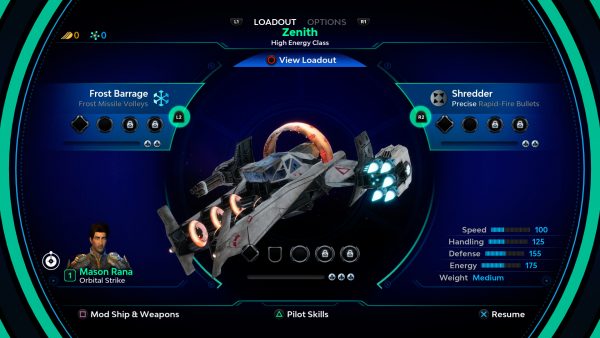 You’re part of the Starlink initiative, a group of interstellar heroes out to explore the stars and stop the spreading menace, though things don’t start out too well. It’s all disguised as a way of introducing the game’s systems, from combat in space and land to navigation and upgrading, but at least the pacing feels natural.

I can’t say I’m intrigued by the story so far but the animation teams and voice cast have done a great job, making the cinematics feel like an animated series. There’s quite a bit of character and story dialogue to string players along, and the quest chains essentially feels like a light RPG. It pretends to give you dialogue options but you can only ever accept, while combat feels particularly varied and good. Ship upgrades and pilot skills add that extra layer to progression. 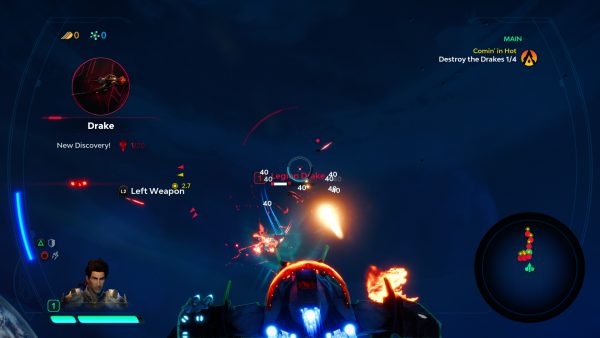 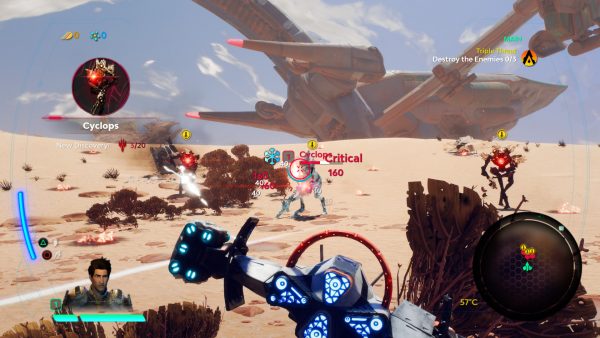 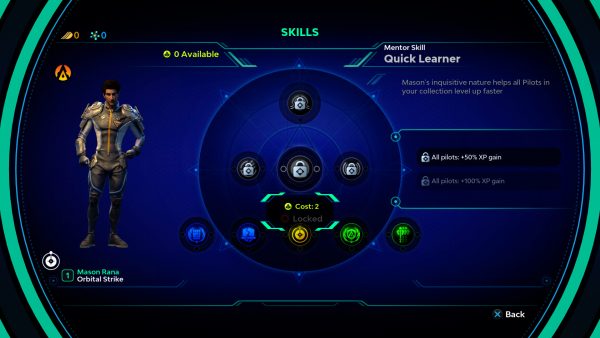 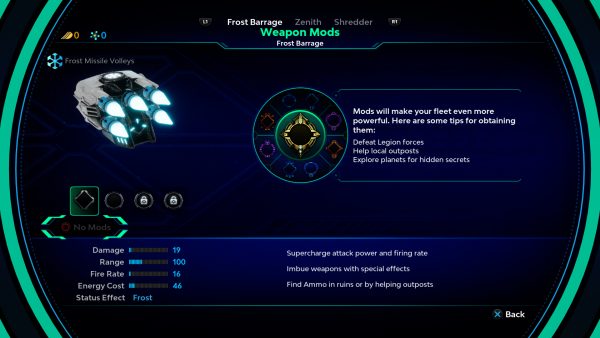 Space combat plays as you might imagine, though the flight controls do take a little getting used to. It doesn’t quite feel like you’re placing Ace Combat, for example, as the right analog stick doesn’t let you roll. On land, your starship hovers but has access to boosts, evasive dodges, and shields — all consume a refilling energy meter. Here the weapon swapping played a more significant role as you take advantage of enemy weaknesses, and the three Starter Pack weapons have proved sufficient in that first hour or so.

While I don’t take issue with the fact that you have to buy more toys to expand your arsenal — that’s the whole point behind toys-to-life — I’m not at all happy with how they’ve approached that idea. You’re shown the entire selection of ships, pilots, and weapons in-game, detailing all the different stats and abilities that you don’t have access to. Visit your local retailer, they say, essentially twisting a knife that has “spend more” engraved on it. While I understand why they had to do it, it invariably sours the whole experience. Hiding all that excess information behind a toggle or a different menu would have been far more preferable. 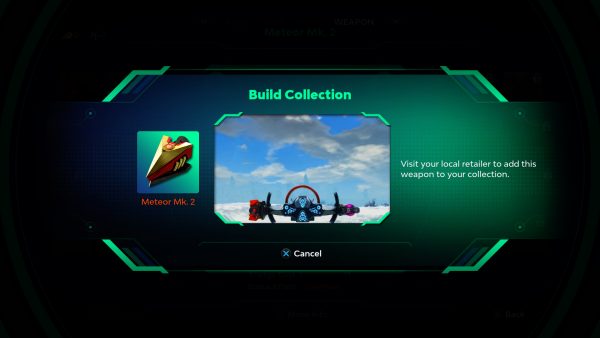 Starlink: Battle for Atlas supports split-screen co-op but, naturally, you’re going to need a second set. The good news is all that module swapping can be done freely, and you could even disable the auto-pause when doing so to add some extra tension. The four difficulty settings can be switched at any time too, though death does come with a price — either swap out your starship or consume in-game credits to continue.

Looking back on it, that first hour of Starlink was pretty entertaining. It feels a bit like a missed opportunity not to have motion controls on the thing (even if its gimmicky and bound to be turned off after a while), but in all it this seems like a great fit for families. The gameplay isn’t too difficult, the worlds can be breathtakingly picturesque, and there’s just enough to keep you playing and exploring for a little while longer. 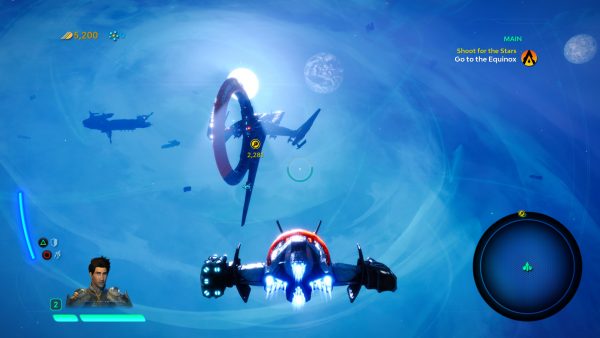 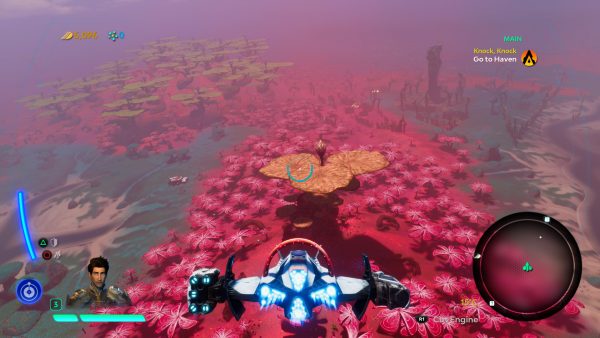 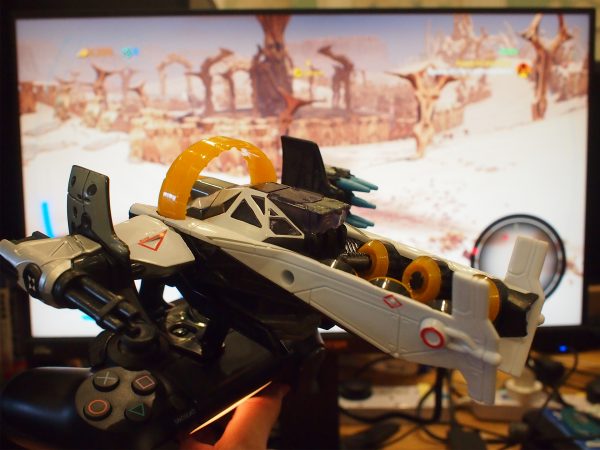 I don’t think many adult gamers would be buying into the system without licensed characters to lure them in, something only the Nintendo Switch version has (Star Fox). Maybe once Ubisoft decides to tap onto their Rabbids franchise or, more fittingly, the upcoming Beyond Good & Evil 2.

Starlink: Battle for Atlas is out now for PS4, Xbox One, and Nintendo Switch.
Impressions based on a provided PS4 Starter Pack.

Ade thinks there's nothing quite like a good game and a snug headcrab. He grew up with HIDEO KOJIMA's Metal Gear Solid, lives for RPGs, and is waiting for light guns to make their comeback.
Previous post Overwatch to get its long overdue controllable spectator mode ‘very’ soon
Next post Battlefield V developer banned in COD: Black Ops 4. Literally.