Final Fantasy Awakening is a legitimate entry for fans 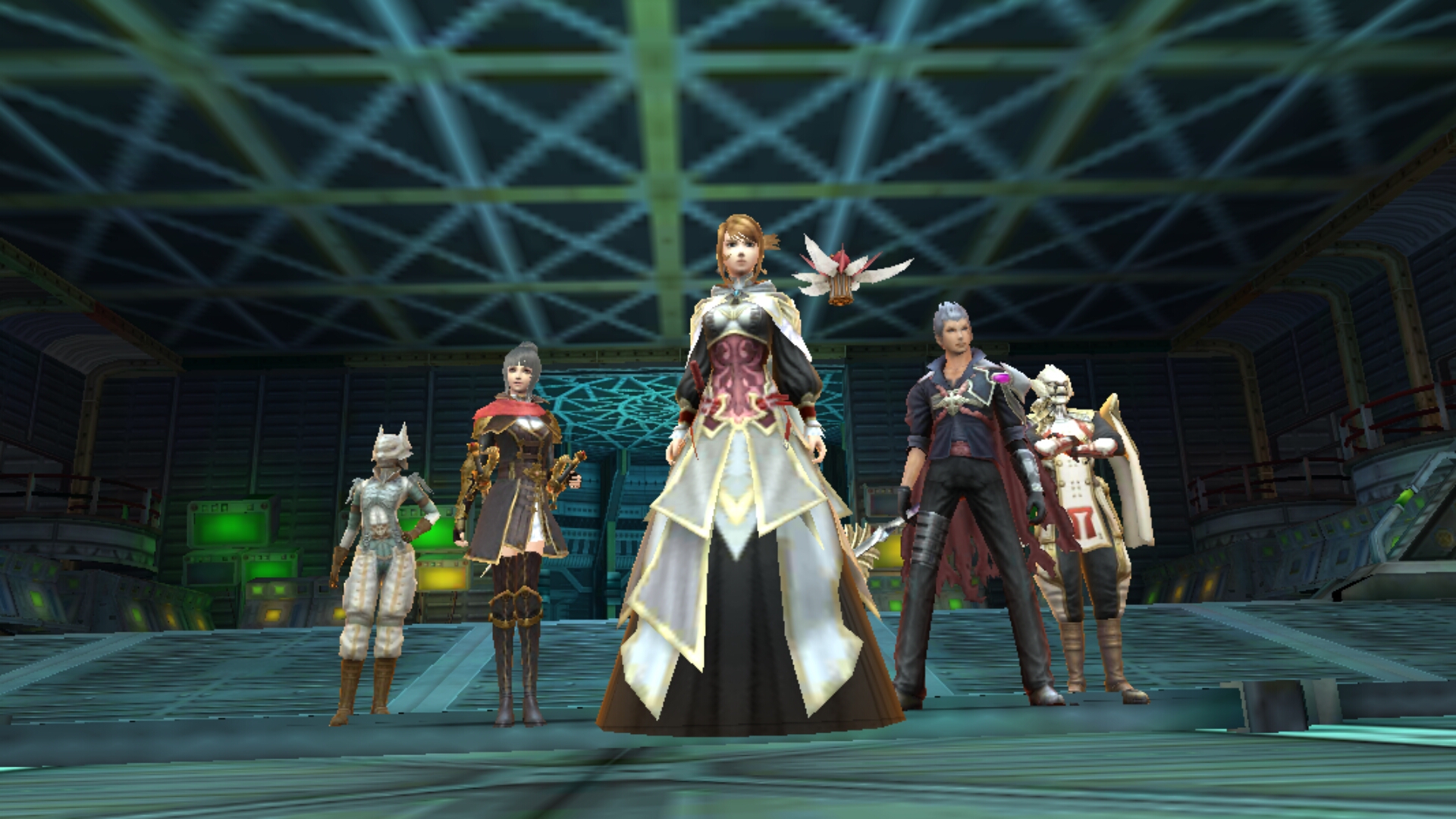 While there are plenty of ports and spin-offs already available on iOS and Android, Final Fantasy Awakening stands apart for being an actual entry in the main series – specifically, the Fabula Nova Crystallis collection, of which the Final Fantasy XIII trilogy and Final Fantasy Type-0 are a part of. Dig through memory and you may recall the developers stating they wanted to create a mobile game. It’s gone through some name changes and revisions but, at the end of the day, this is an all-new Final Fantasy Agito. L’Cie, Eidolons, and crystals will all be terms you’ll fondly hear once again. Players form a party of four as they tackle missions across the land of Orience, meeting and summoning familiar heroes such as Ace, Machina, Rem, and Kurasame. Fans can expect to find a ton of story missions, more than a typical mobile game at launch, with each chapter ending on an epic boss fight starring Magitek armor variants, massive Behemoths, or worse.

The game is best described as an action RPG with shades of MMO in it. Outside of battle, your hero can navigate a 3D world to speak with NPCs and accept quests, providing context for the missions you undertake. You’ll then head to the world map to select the corresponding stage node, much like you would in any other mobile RPG. During battle, however, Final Fantasy Awakening ditches tradition for modern, real-time action.

Missions take place in 3D levels with varying party sizes and objectives. Sometimes there are equipment to destroy, waves of enemies to take out, or timed battles to survive. Whatever they may be, your hero and her party have devastation to unleash in the form of basic attacks, skills, charged abilities, and cinematic Eidolon summons. While there aren’t any evasive actions, enemy skills are telegraphed so players have time to react and get away. The controls remain consistently responsive, and the enemies provide a decent challenge so long as you strengthen and equip your party accordingly.

Contributing to that responsiveness are excellent graphical options that keeps Final Fantasy Awakening running at peak performance on your device, no matter what it is. Users may set frame rate limits, resolution, tweak visual effects, or even limit the number of character models in the hub. On top of those are presets that quickly toggles through graphical settings or to keep battery usage as low as possible. It’s a small, buried feature that pays huge dividends in terms of gaming enjoyment, and is something that other developers stand to learn from.

In all, Final Fantasy Awakening is a worthwhile entry for players hungry for Type-0 content. It has a story that expands on lore we’ve grown familiar with, exploring the effects of magic-suppressing crystals alongside characters we never thought we’d meet again. Supporting that story is a good mix of action RPG and MMO gameplay that serves fans of both genres, with plenty of progression and endgame activities to keep us hooked long after installation. You may have seen plenty of free-to-play mobile games in your time, but not many have taken the gameplay approach that Awakening does.

Caught your attention yet? Then hurry on and download the game! The sooner the better, because there’s a free gift code right now to help you get started. Make sure to visit the Facebook page for the latest news and updates too. After all, there’s no better place to find fellow Final Fantasy Awakening fans to join your adventure.

We are Team GameAxis. And we will play games for food.
Previous post Sony announces $449 PlayStation 4 HITS Bundle for the holidays
Next post Sam Says: A Love Letter to Doki Doki Literature Club