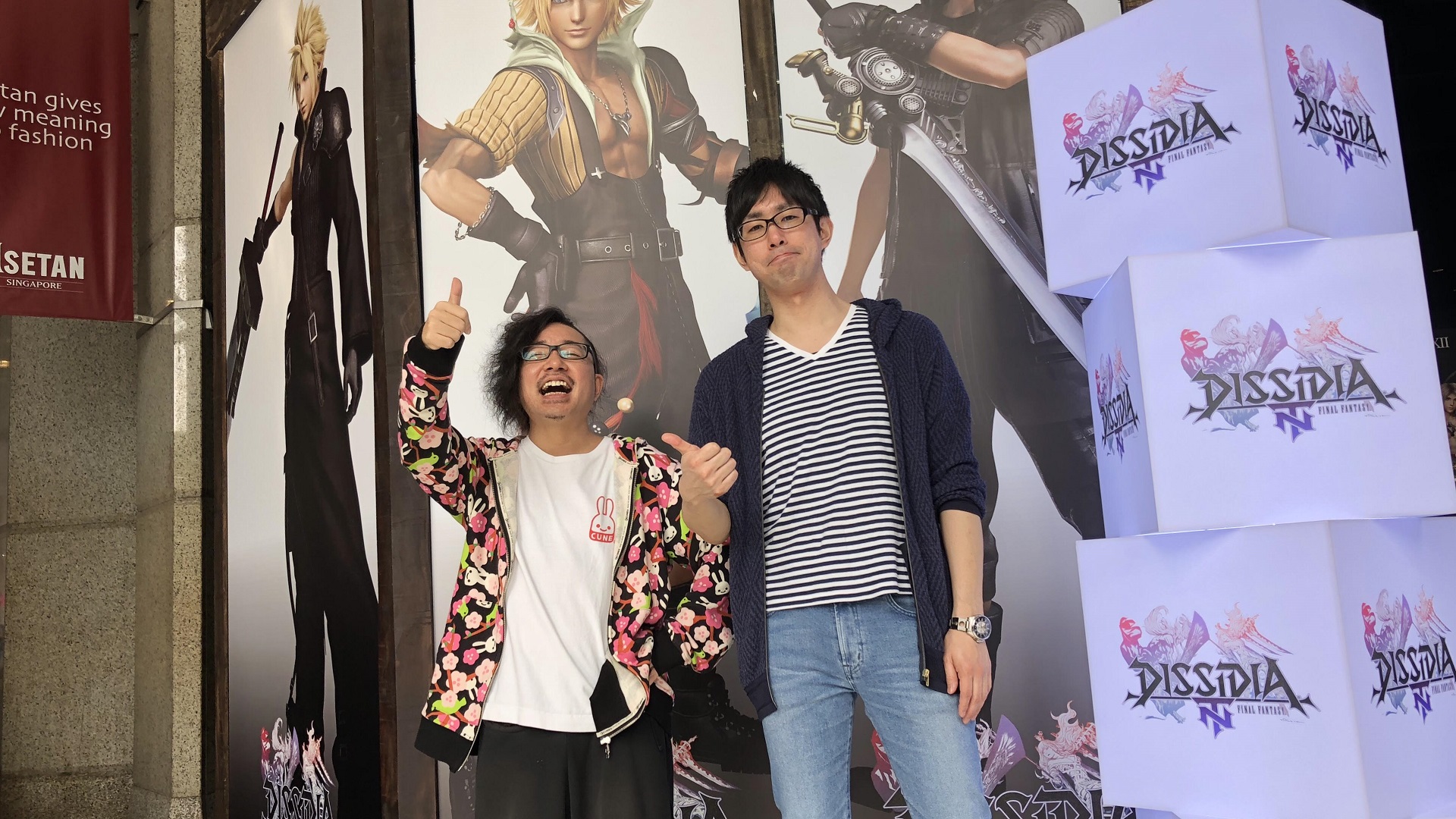 Singapore’s very first Final Fantasy pop-up café opened its doors to the public today, bringing themed food, drinks, and official merchandise right into the heart of Orchard Road. Prior to that, Square Enix developers Takeo Kujiraoka (pictured above: right) and Ichiro Hazama (left) had flown in from sub-zero Tokyo to talk about Dissidia Final Fantasy NT, a PlayStation 4 exclusive that launches worldwide on 31 January.

For those that don’t remember, Dissidia Final Fantasy and its follow-up were only available on the PlayStation Portable, released in 2008 and 2011 respectively. That was when Square Enix had lofty goals for the franchise, revealing the ambitious “Fabula Nova Crystallis” series of games while also experimenting with new genres on the PSP. The Dissidia games were one-on-one arena fighters with a unique battle system, long progression, and plenty of customization. The balance was also pretty broken, but at least it made the journey to level 100 interesting.

Dissidia Final Fantasy NT is the first time the series has been handed off to an external developer: Team Ninja. That said, both director Kujiraoka and producer Hazama hail from Square Enix, with history tracing all the way back to the 2008 original.

After greeting the audience with some light banter – Hazama believes that char kway teow will be a much bigger hit than chicken rice in Japan, while Kujiraoka joked that any problems with Dissidia should be brought up to Sony – they provided a rundown of the game’s features before agreeing to a quick interview.

We’ve compiled the information from both and arranged them below. Note that the interview was translated through a third-party interpreter. 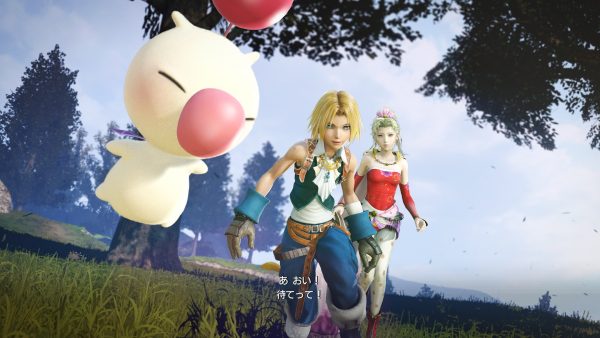 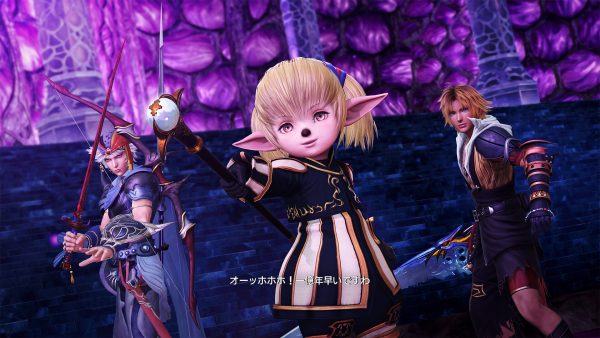 Rather than rehashing the old formula, the team wanted to expand Dissidia for a new platform and audience. They’ve stripped the RPG elements, trimmed down the fat, and reshaped combat to fit right in with the fighting game community. Part of that involved releasing the game in Japanese arcades first, long before the PS4 version would release. That said, the competitive slant wasn’t exactly the focus at the start.

“We didn’t really have esports in mind, but what we actually started off with is that, for Dissidia, we wanted the Final Fantasy characters to fight each other. That was the main baseline,” explained Kujiraoka.

“We were discussing, “How do we want to keep the main battle concept but also create a new experience for the players?” In the regular Final Fantasy titles, you fight in groups of three to four, so we wanted that to incorporate that.”

Hazama said that they didn’t make the game so that players could feel nostalgic about the older titles, but so that they could immerse themselves in this new 3v3 gameplay; it’s something that’s never been done before in the series.

Each team’s objective is to incapacitate their opponents a total of three times. Downed players get to respawn anywhere in the arena, lowering their team’s available tickets. While that may sound like a long match, the battles are fast and hectic. At high skill levels, a well-positioned and coordinated team may clinch victory in less than a minute.

Characters and villains from every main Final Fantasy title 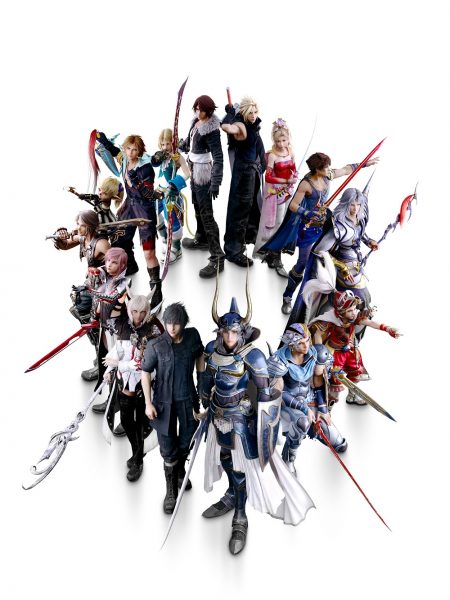 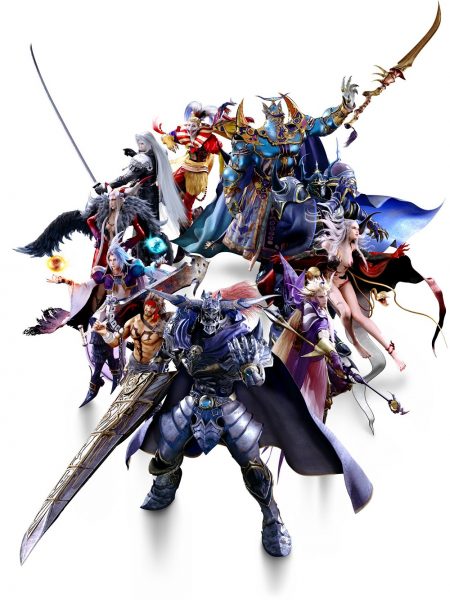 From the Warrior of Light to Noctis, Dissidia Final Fantasy NT features 28 heroes and villains from the franchise’s 30-year history. Square Enix has a few mobile games that do the same, but the characters have never been rendered at this level. If you’ve ever wondered what Kaine (FFIV) or Zidane (FFIX) would look like given proper scaling and modern textures, then you’re in for a visual treat. We’re also getting Ramza (FF Tactics) and Ace (FF Type-0), a welcome nod to the major spin-offs. Plus, they’ll be slowly increasing that roster through DLC pretty soon.

Kujiraoka hopes that seeing these unique characters will drive players to find out more, perhaps by even playing the RPGs. He states that those from the fighting game community may have never touched Final Fantasy before, whereas existing fans may not have tried all the games in the series.

Disidia Final Fantasy NT was supposed to launch in 2016, approximately one year after the arcade version. As the duo puts it, that estimate simply turned out to be wrong.

“It took us a total of two years and two months,” said Kujiraoka. “We had to cater for a lot of behind-the-scenes action when moving the game from arcade to PS4. Releasing updates for the arcade version and also working on the PS4 release is a bit hard to do at the same time.”

“It’s not just simply changing the format and putting it on the PS4,” Hazama added. “We had to think of how to do the storyline, how to include the customization. That took a bit of time.”

On the bright side, that also meant two years of fine-tuning as they listened to feedback from the Japanese arcade players. Surveying a primarily 20-year-old age group, they were able to gather thoughts and opinions from both the fighting game and RPG community. After all that tweaking and balancing, they feel that now is the right time to push their game out to the rest of the world. 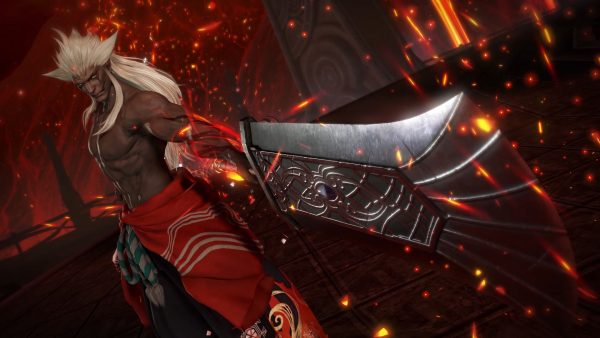 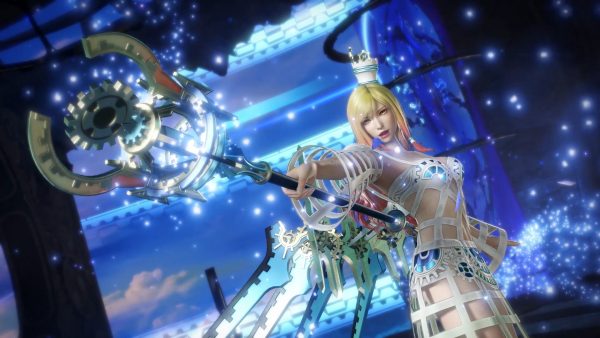 The online component is designed to be “very fulfilling” but players wanting a little context or solo time have a story mode to look forward to. Like Dissidia’s combat system, it’s somewhat unique too.

While competing in online or offline battles, players can earn points to unlock nodes on a map (picture a mobile RPG’s campaign map). Each node plays a brief cinematic cutscene featuring a handful of characters, starting with Lightning (FF XIII) explaining to Noctis (FF XV) just what is going on. That path soon splits in varying directions, each following a different group. One has us peeking on Shantoto (FF XI) as she observes Kefka (FF VI) and Cloud of Darkness (FF III) cavorting around, while the other keeps track of the heroes. So on and so forth.

“Visually, it makes things easier for the players, instead of having to follow the entire group around,” said Kujiraoka. “Players can also choose whose storyline they want to see first. Maybe they’re curious about Cloud (FF VII), they want to know how his story ends, so they just have to follow that path first instead of going through a linear campaign with all these other characters.”

In total, these cinematic cutscenes run for up to 60 minutes.

You’ll get to fight the summons head-on 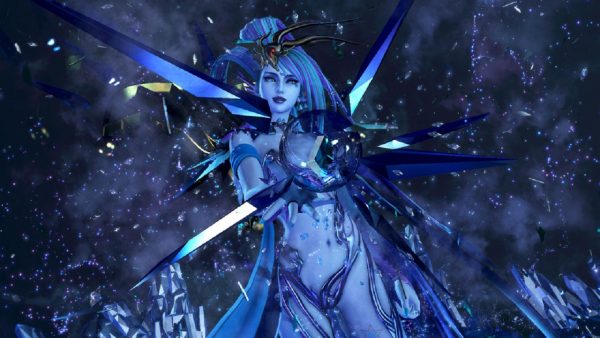 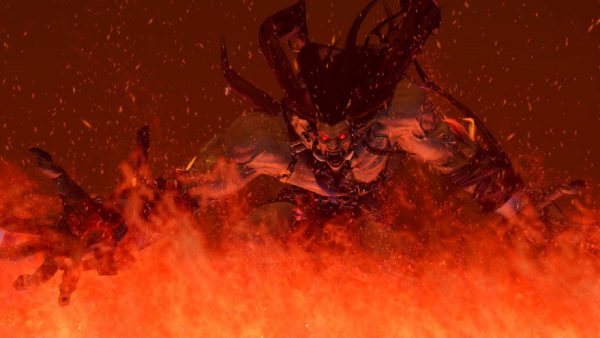 During the story, players will come across special checkpoint nodes that feature a 3v1 battle against the game’s summons. There’s no way to progress until you defeat them, and director Kujiraoka warns that they’ll be “very, very strong.” You won’t have any outside help, either, as your party members can only be controlled by the AI.

Square Enix have already announced season passes for Dissidia Final Fantasy NT, promising to add content such as new characters, arenas, background music, and costumes. The first is of these slated to arrive in March.

So far, they’ve teased six new characters at a Japanese live-stream, revealing only the gender and which era of Final Fantasy they come from: 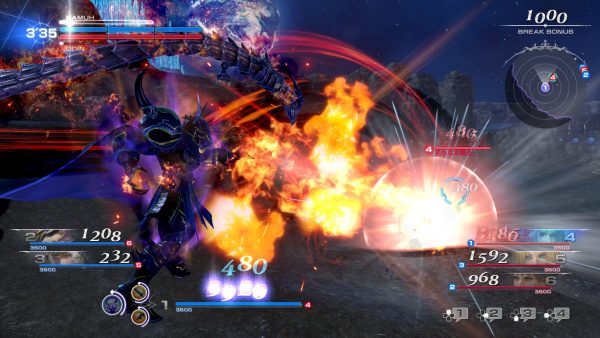 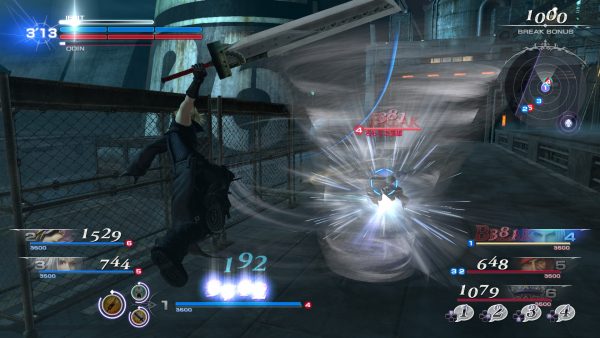 New characters and cosmetics are exciting, though we were curious if there were any plans on expanding what is already available. Would there be new summons, new EX Skills, or new HP Attacks? Kujiraoka says they do want to increase those types of gameplay content, but not at the moment.

“It’s not a zero percent [chance]. We can’t just increase it blindly because, for summons we need to think about what kind of new buffs will add more variety to the gameplay,” he said. “So the main focus for us right now are the elements we have mentioned before: the arenas, the BGM, the characters, and the skins. It’s more of a variation on the player’s side first, before we add variation to the game’s side.”

There are loot boxes but you can’t pay for them

What’s not mentioned in the presentation are the loot boxes, presumably due to the massive backlash the industry saw last year. But don’t worry, it’s a tame implementation; the Japanese PS4 version (already released) shows that Dissidia only uses in-game currency. If you prefer not to rely on chance then you may use simply use said currency to directly unlock content.

“Every element in this game is what makes Final Fantasy, Final Fantasy,” said Hazama. Other than the characters, the arenas are also taken from iconic locations from the franchise. The same goes for the music, consisting of remixes and original tracks, in what will ultimately amount to more than 200 different songs.

Kujiraoka has a simpler pitch for fans: “The biggest selling point is that you can control the heroes and villains from all the Final Fantasy titles.”

Looking at the opening cinematic, longtime fans will probably agree.

Dissidia Final Fantasy NT releases on the PlayStation 4 on 31 January 2018.

Ade thinks there's nothing quite like a good game and a snug headcrab. He grew up with HIDEO KOJIMA's Metal Gear Solid, lives for RPGs, and is waiting for light guns to make their comeback.
Previous post Xbox Game Pass now includes new Microsoft Studios releases
Next post In Photos: Final Fantasy Cafe @ Watanabe Coffee