Home / Breaking News / Easter eggs, comic books and the future of the MCU: An Endgame Discussion

Easter eggs, comic books and the future of the MCU: An Endgame Discussion 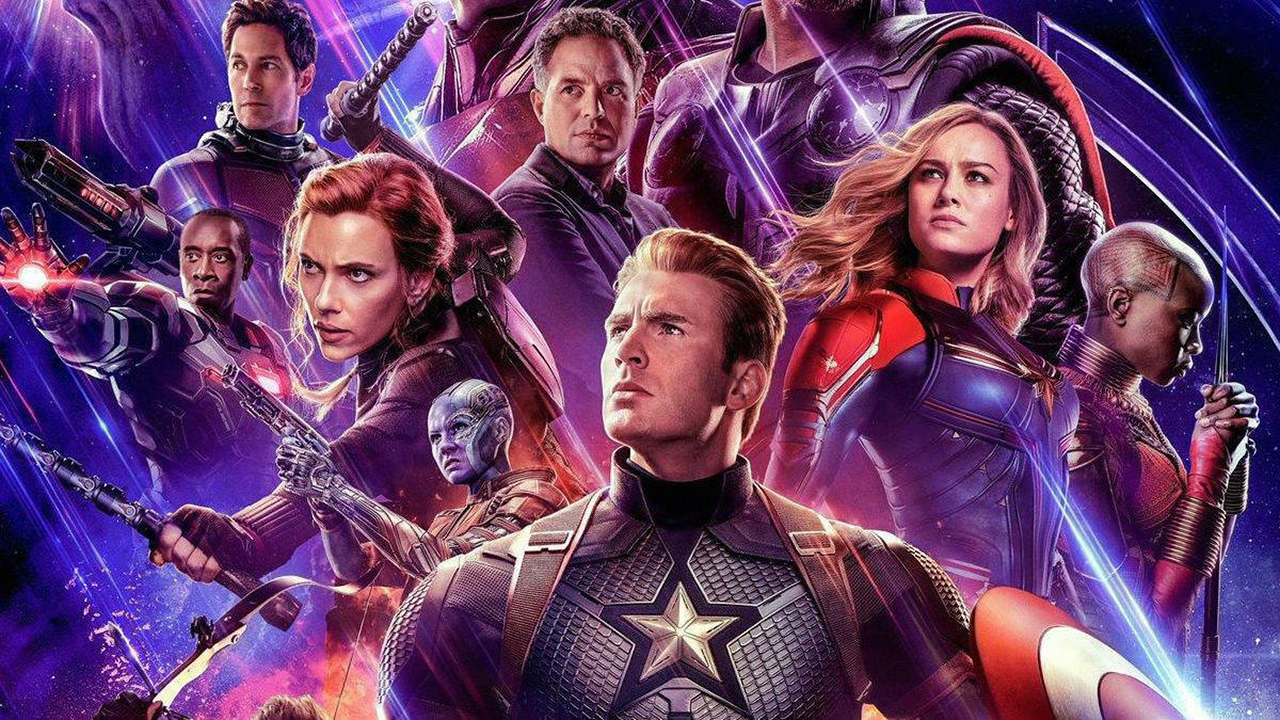 That was the promise Marvel made its fans years ago. That all the movies, and all its various TV show spin-offs, were tied together by the same thread. This thread has only ever been leading us to one movie, and now it’s out.

Avengers: Endgame has already proven to be a smash hit, breaking global box office records and running up 1.2 billion dollars in box office revenue. Was it worthy? I certainly think so. It’s all subjective, of course, but we’re not here to talk about how good the movie was (there are many, many reviews out there). Instead, we’re talking about Easter eggs, references and the future of the MCU… in a post-Endgame world.

We’re in the Postgame now

This is a full-on spoiler talk, so those who wish to avoid being cursed with knowledge: begone! 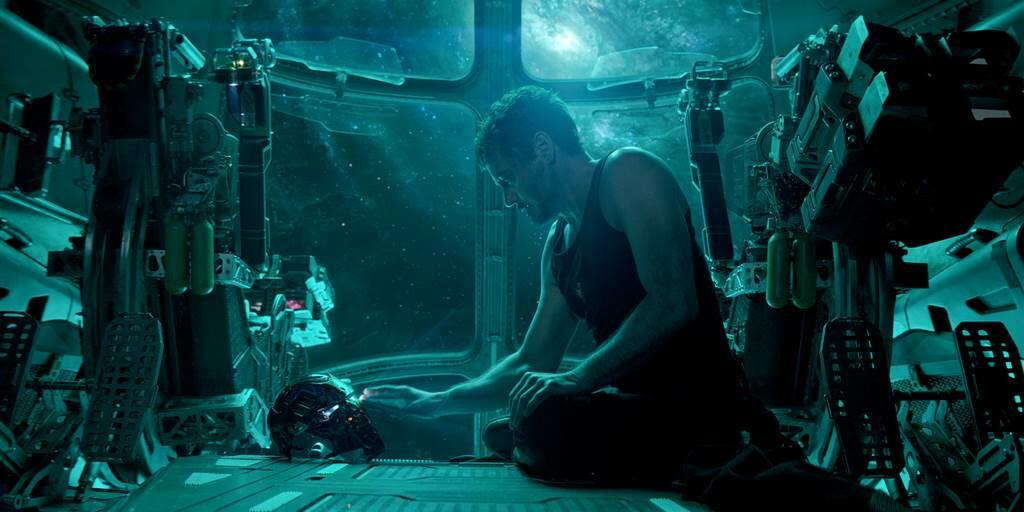 Still here? Well, this is the single most consequential movie in the entire Marvel Cinematic Universe (MCU) thus far, shaking things up considerably for certain characters and their movie franchises. It’s a massive crossover that predictably comes with massive consequences going every which way.

Black Widow is dead. Tony Stark is dead. Gamora is dead, but there might be a version of her past self somewhere out there. Thanos is dead. Vision is dead. The bodies are piling up, but are these deaths going to stick?

What’s the next Avengers film going to look like?

The passing of the torch (Or rather, SHIELD)

So, Falcon is now Captain America. Let’s talk about that. Captain America’s shield has been passed around before in the comics before, first going to Bucky Barnes (The Winter Soldier), and then to Sam Wilson (Falcon). Bucky has assumed Captain America’s mantle a couple of times, but it was Falcon’s reign on the throne that made the most waves with fans. 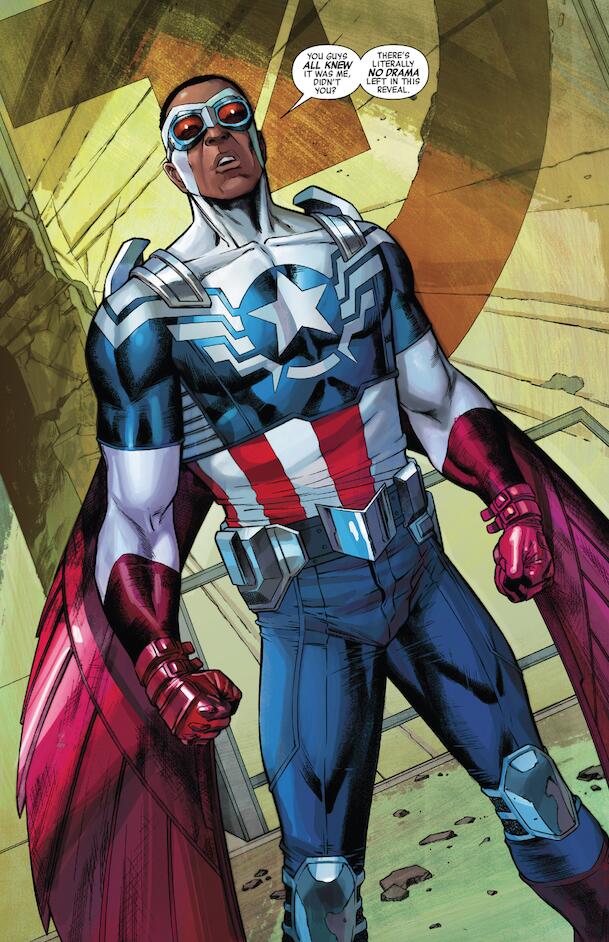 Marvel had a lot to prove by giving Sam the shield, and the comics reflected that. Burdened with great responsibility, the all-new Captain America had to prove himself worthy in both society’s eye, and the Avengers’ as well. In the end, however, Sam never really got that chance, as Steve Rogers (at this point a member of Hydra due to comic shenanigans) had been working against him to get the shield back.

Now, I doubt the movies will go that way. They rarely ever follow comic book storylines to the letter, instead choosing to use certain characters and vaguely reminiscent stories in their own MCU way. I doubt we’ll see a Hydra-brainwashed Steve Rogers working against this Captain America, but I do think we’ll see the public doing so instead.

Ask anyone right now how they feel about Falcon getting the shield and answers will be mixed. He has big shoes to fill, and we’ll see the new Captain thrown into the wringer almost immediately, heading an all-new team and trying his best to lead them despite public opinion. Speaking of an all-new team…

In the aftermath of yet another universe-changing comic book event (Secret Wars), the Avengers found themselves in need of rebranding and recruiting. This is due to Marvel deciding to rebrand and freshen up almost all of their running comic series. Tony Stark decided to form an all-new team of Avengers as a result, consisting himself, Captain America (Sam Wilson), Vision, Ms Marvel (not to be confused with Captain Marvel), Spider-Man (Miles Morales), Nova and Thor (Jane Foster). 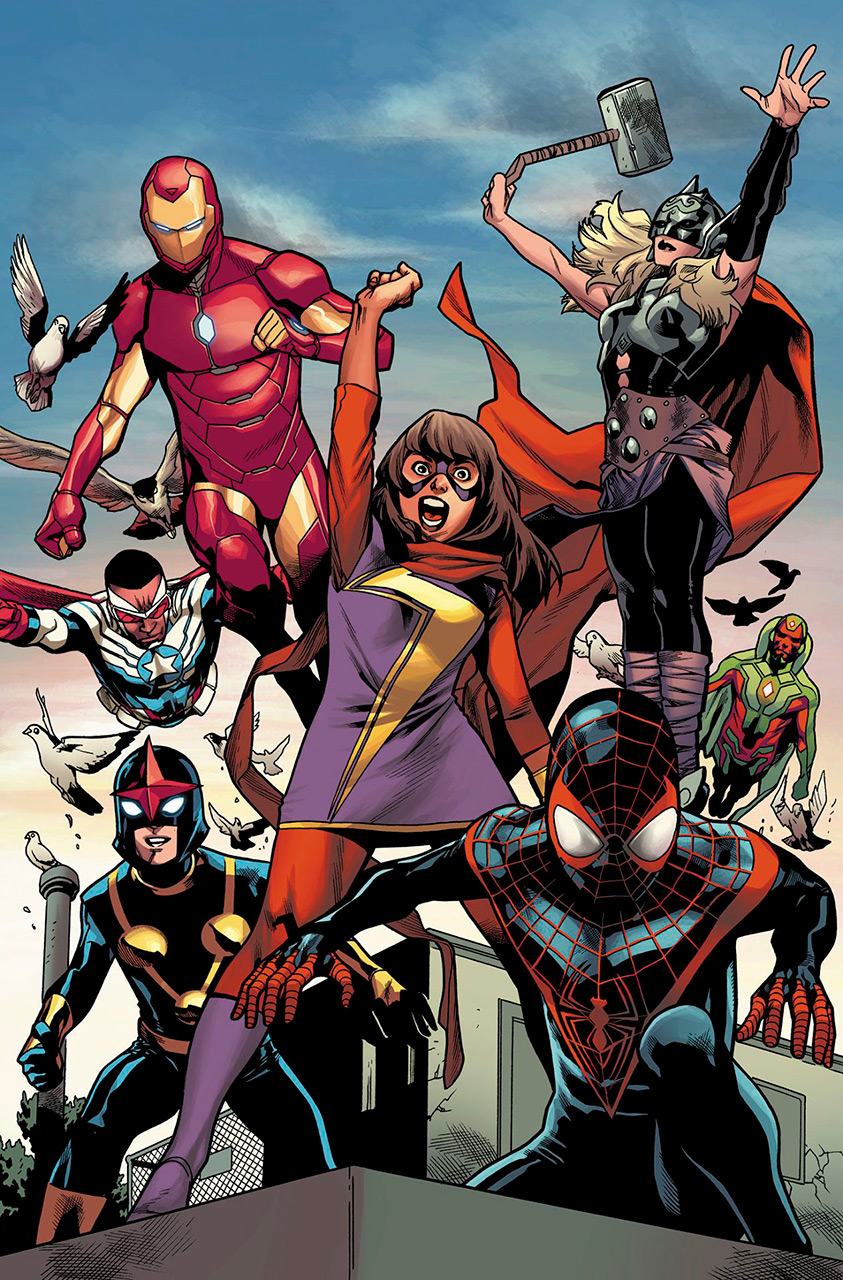 You can see how far they were willing to go just with that roster. Almost every member of that team is a new character taking up the mantle of another hero, but that might make sense for the future of the MCU. Actors can’t always be kept for decades as the same character. Chris Evans and Robert Downey Jr have already left the building, and who knows what other actors the MCU might lose somewhere down the line. Other characters can fill those shoes, and this lends the MCU some longevity it wouldn’t have otherwise.

Comics can be complicated. There’s only one team of Avengers in the movies currently, with a huge roster of heroes all working together. In the comics, however, there are many different teams, each with a different purpose, location and set of characters. There are the West Coast Avengers, Secret Avengers, Young Avengers, A-Force and many more. We’ve already kind-of seen the A-Force in action for a couple minutes, with all the MCU women bringing the fight to Thanos, but what other teams might appear down the line? Don’t forget, Marvel Studios has recently acquired the rights to a whole lot more of these comic book teams – including a certain Fantastic Four.

We’re moving past gossip-mongering and into the real stuff now. This is what we know Marvel is working on for the next phase of MCU movies. First up is our friendly neighbourhood Spider-Man.

This at first seemed like a harmless add-on to the Infinity Saga that has culminated with Endgame, but now I realise it’s more of an epilogue. There are so many questions remaining that only Spider-Man: Far From Home can answer. For example, what happens to a world where half of all human beings are now 5 years older than the other half? 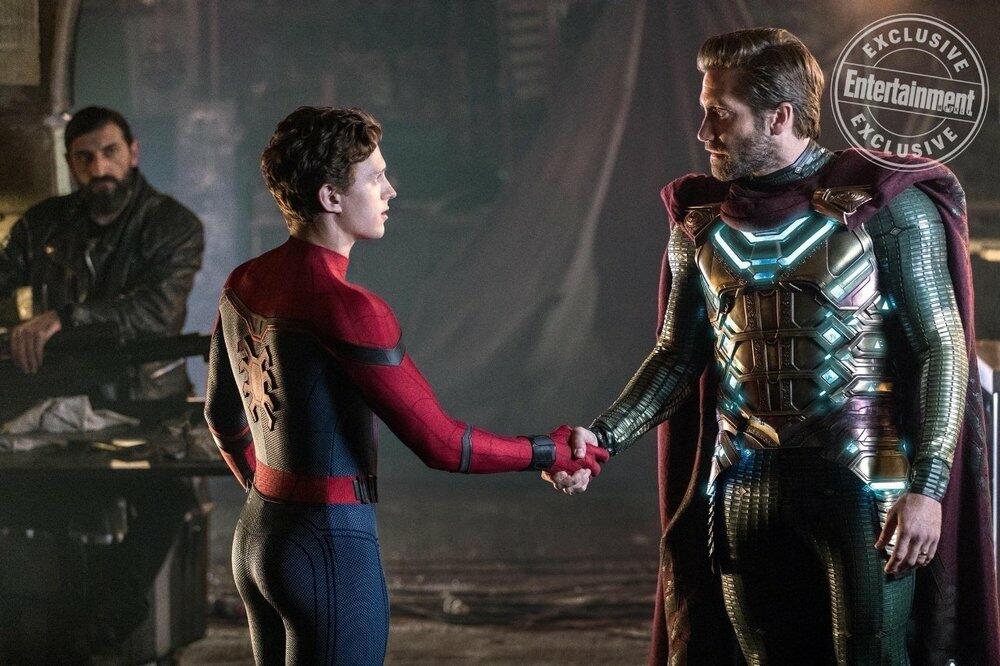 We’ve seen in trailers that most of Spidey’s main cast-mates haven’t aged, meaning they were all Thanos-snapped together. Thankfully, this also means Peter will be returning to class with a few familiar faces, including his best friend Ned and potential love interest MJ. But he won’t be coming back the same.

Peter has been put through an emotional wringer for someone so young. First, he lost both his parents. Then, he famously lost his Uncle Ben. Now, he’s lost Tony Stark, which marks the third father figure he’s lost by now, this time before his very eyes. That has to impact someone like Peter, whose very suit was designed by the late Iron Man. We’ll have to wait and see how he deals with it in July when the movie arrives.

Not only is a Black Widow movie set to start filming in June, but Scarlett Johansson is expected to reprise her role as Natasha Romanoff/Black Widow. The only kink in this plan is that her character died in Endgame, a living trade for the Soul Stone. This movie can either be a prequel set in Black Widow’s dark, shadowy past or it could bring her back to the present somehow. 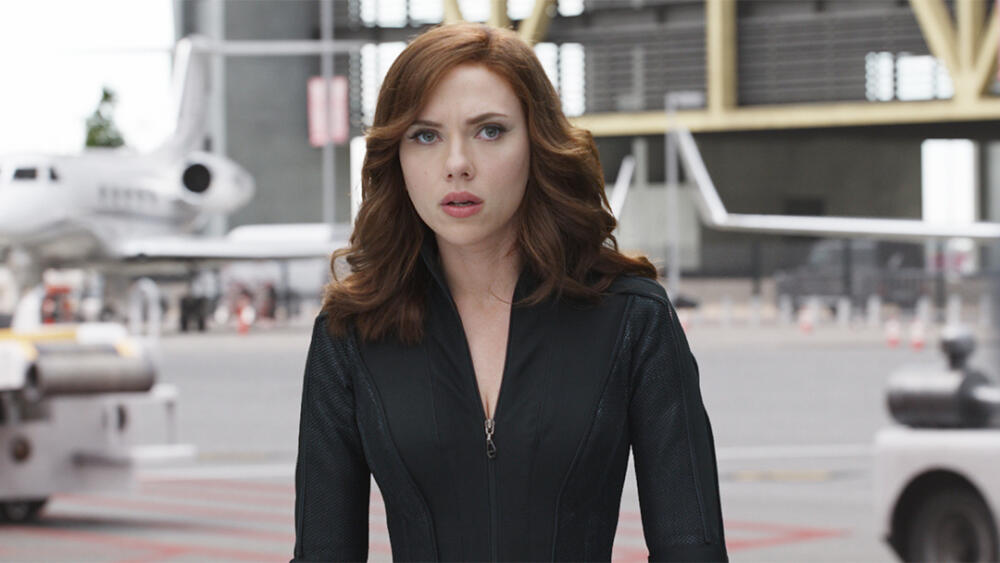 Either way, it sounds interesting. Black Widow has always been someone with more darkness than light in her past, so exploring that might shed some light on a character that could use some fleshing out. Bruce Banner also mentioned that when he wielded the Infinity Stones, he tried to bring her back from death, something thought impossible by the rest of the team. Maybe he did bring her back? Perhaps in a different time, place or form? I suppose we’ll have to wait and see.

In the comics, these were an immortal generation of superhuman individuals imbued with a colourful variety of powers. In fact, they might just be the original generation of super-people, as they are the result of an ancient alien race called the Celestials meddling to create the first sentient lifeforms on Earth. 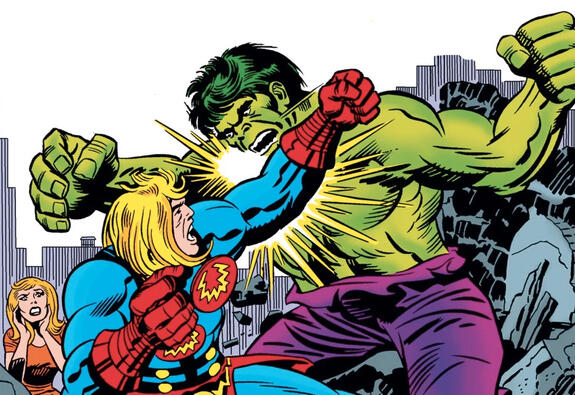 The movie will apparently centre on the character Sersi, who has remarkable transmutation powers with no apparent limits, having once transformed a cat into a dragon. We also know that it will be a love story between her and another Eternal, Ikaris. The Eternals met an ugly demise in the comics and haven’t been of much relevance since, but the MCU might just bring them back in full force.

The Asgardians of the Galaxy (Vol. 3)

This particular sequel to one of the most popular Marvel franchises to date has already had quite a troubled production. Its director, James Gunn, was fired and then subsequently rehired after much protest from practically everyone, but can now only resume work on the movie after he’s done directing DC’s Suicide Squad 2. 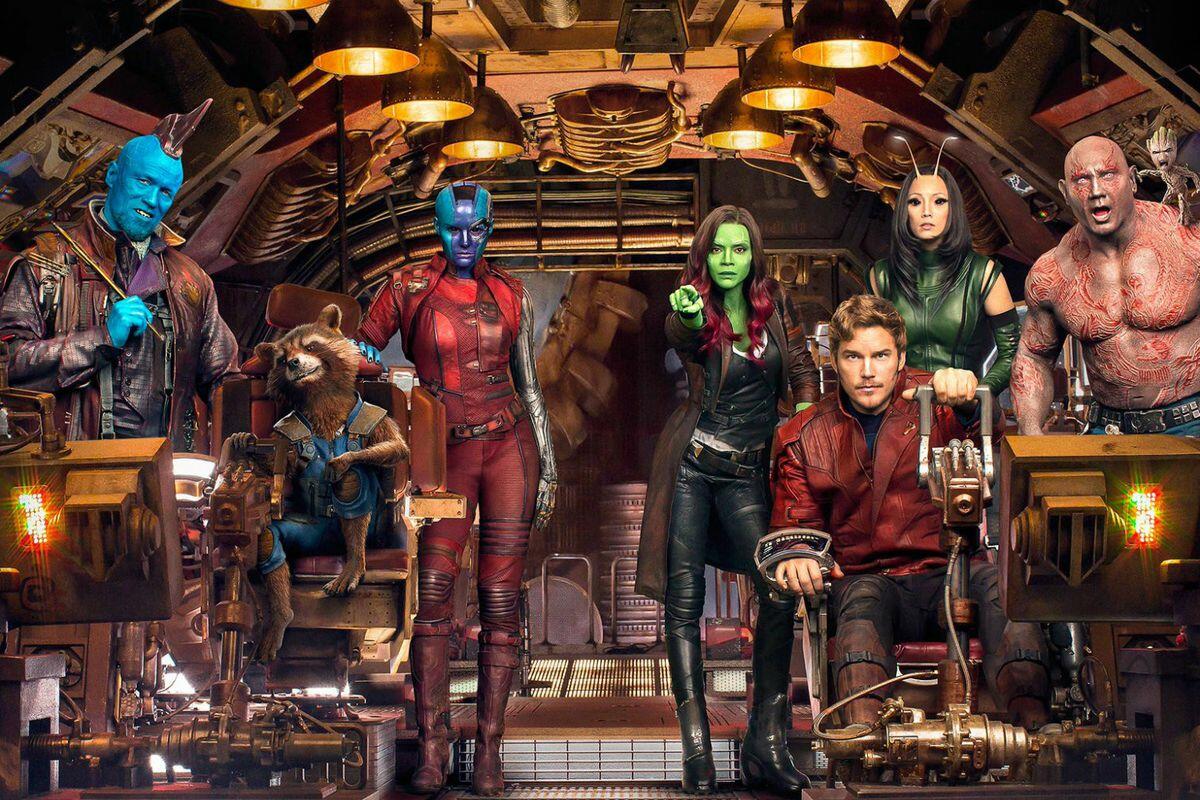 What a bunch of a-holes. (Guardians of the Galaxy Vol. 2/Marvel Studios)

Still, I’m very excited to see what the future holds for the Guardians, especially now that they have a certain melted-ice-cream-looking Asgardian on the team. Star Lord was last seen looking for Gamora’s past self, who went missing after the huge battle at the fallen Avengers compound. We can only assume the team will go after her next, this time with the god of lightning in tow.

The Asgardians of the Galaxy have some basis in the comic, being a team of gods and monsters, but it can’t have just one Asgardian. Can we assume a certain trickster god might be joining the team through some magical shenanigans?

The Disney Plus shows

Disney is introducing an all-new streaming service very soon, and with it comes a whole new slate of TV spin-offs of the MCU movies. We’ve already seen a small Marvel TV nod in Endgame, with Jarvis from Agent Carter making a split-second cameo. However, it looks like Marvel is prepping to go all-in on TV shows this time, with big names and big characters getting their own shows.

First, we have Loki. As confirmed by Marvel themselves, Tom Hiddleston will be reprising the role, but how? Loki is long gone in the main universe, having been killed by Thanos in Infinity War. In Endgame, he reappeared and stole the Cosmic Cube, disappearing off into places unknown back in 2012. However, that created a timeline alternate to ours, so that Loki couldn’t be the one featured in this TV show… could it? Anything is possible, after all. This could be a younger Loki in Asgard, with Tom Hiddleston merely providing narration for all we know. 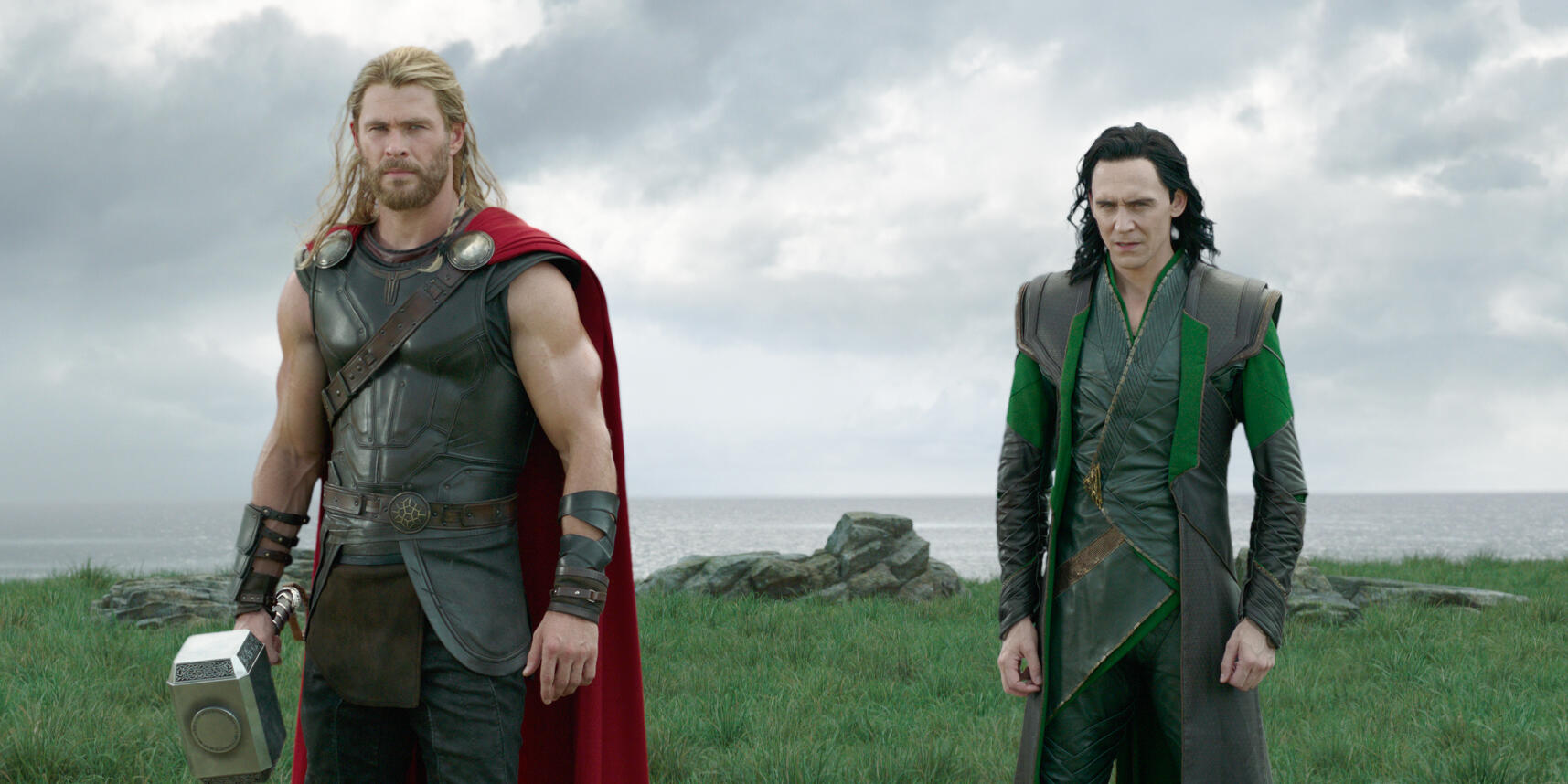 What’s Loki gonna get up to now? (Thor: Ragnarok/Marvel Studios)

There’s also an upcoming The Falcon and The Winter Soldier TV show coming, but at this point it’s likely going to be renamed ‘Captain America & Winter Soldier’. There’s a lot of potential in this one, providing our first taste of what a Sam Wilson Captain America is going to be like. Sam and Bucky have never been the best of pals either, so it’ll be fun to see them try to get along. 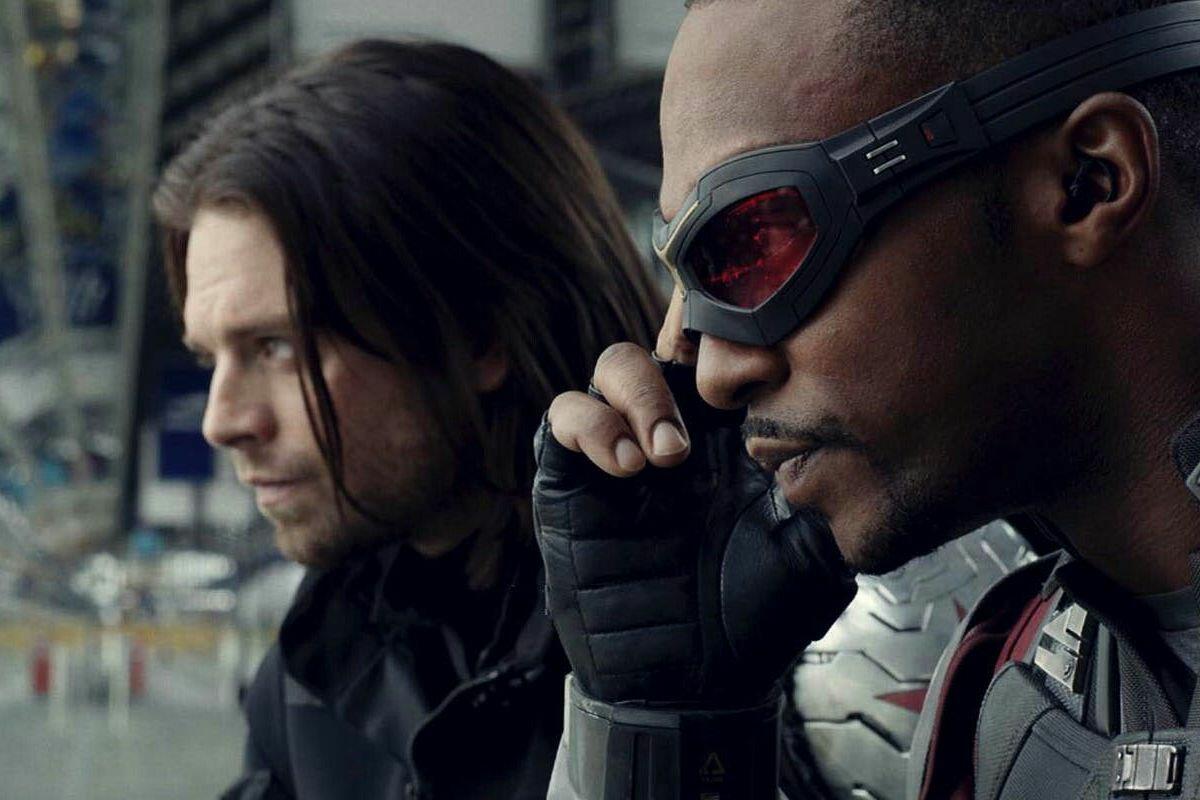 Best of pals. (The Falcon and The Winter Soldier/Marvel Studios)

Last up is WandaVision, a strangely titled show led by the powerful duo of Scarlet Witch and Vision. Unfortunately, only one of the two remains alive at the moment, which leaves the concept for this show somewhat confusing. Will it be set in the present, post-Thanos world? Or will it be a prequel on one of Vision and Wanda’s previously unseen adventures? Don’t forget, Vision and Ultron mostly share the same framework. Ultron’s body was once killed too, but his AI fled through the Internet. Vision could theoretically return – but how would he do so without the Mind Stone? 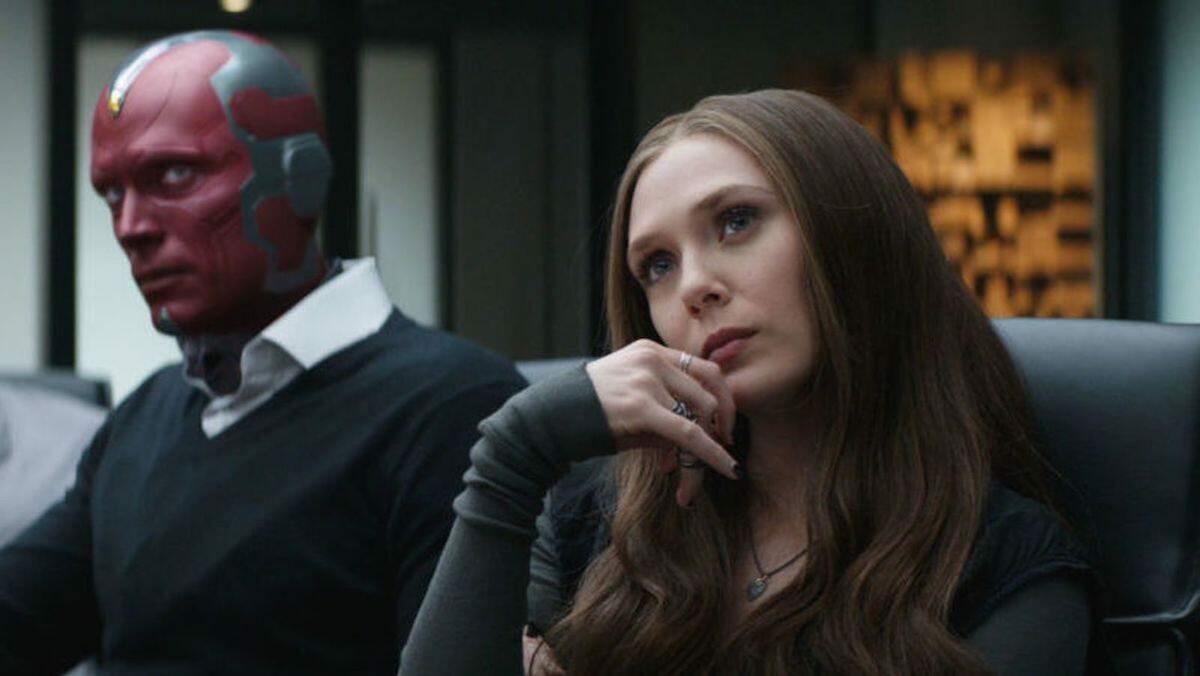 The future of the MCU is dark, murky thing. Kevin Feige has mentioned that there are around 20 films planned internally, but nothing solid is known about those films for now. Only one thing is clear: The MCU doesn’t end with Endgame. The future is bright.

Tim loves all sorts of things. Movies, TV shows, video games, comic books, cats and all that good stuff. What doesn't he love, you might ask? Minestrone soup. It is truly awful.
Previous post SCOGA announces $10K Campus League for tertiary students
Next post The Razer Toaster is the product we’ve all been waiting for