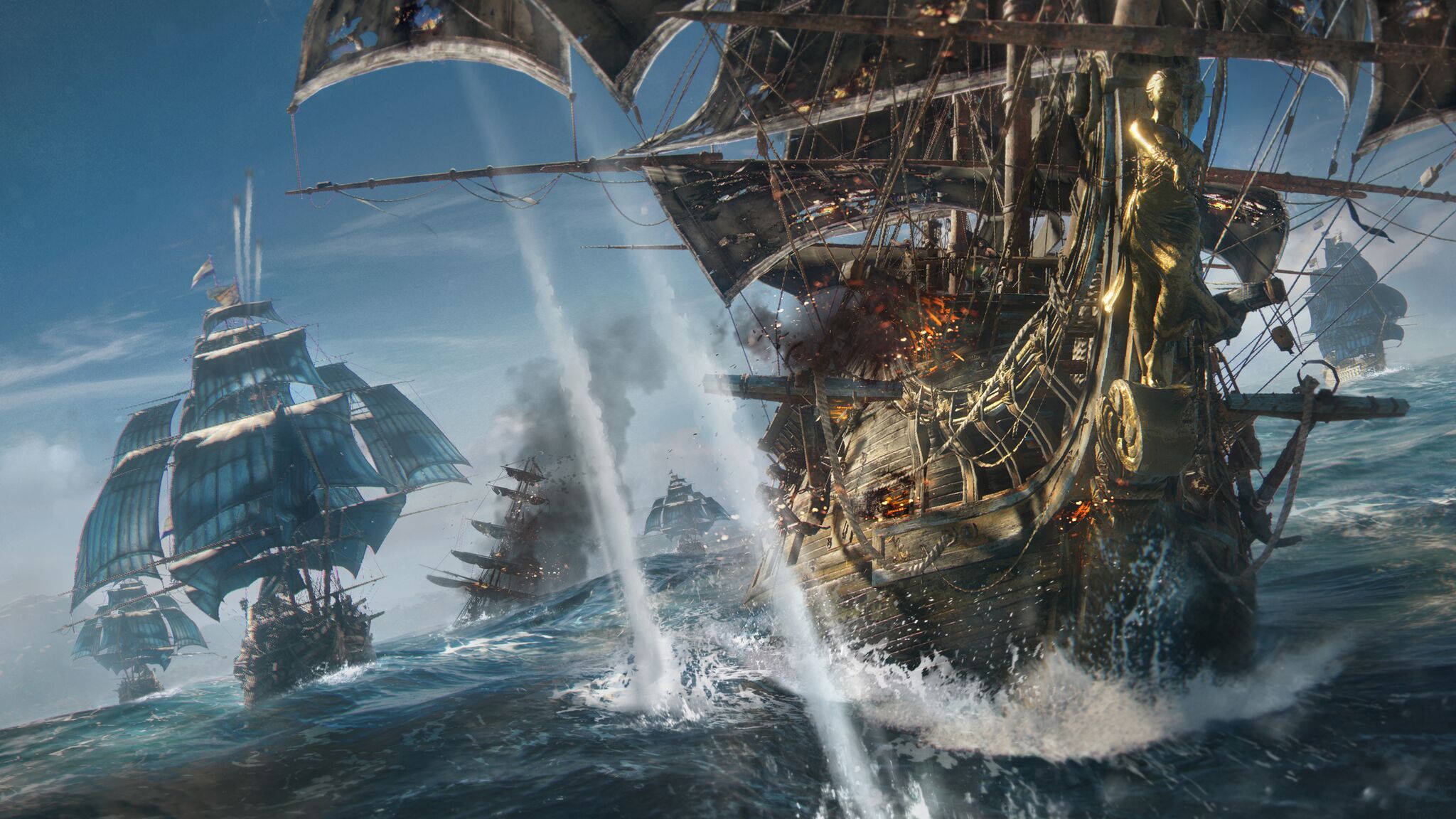 Skull and Bones, a new game announced at E3, is a game quite unlike any other. Developed by Ubisoft Singapore (patriotic yay!), it is built as a “shared world” game where players sail around in an online ocean and encounter ships captained by other players. At a behind closed door session, we were given the opportunity to experience a 5-versus-5 multiplayer mode of the game.

After a brief tutorial that introduced sailing, looting and combat, we selected from among three ship classes — a bruiser for all-out attacking, a marksman for quick long-distance combat, and a frigate with great defense but poor maneuverability — and we jumped into our first match.

It’s instantly apparent that Skull and Bones nails the pirate aesthetic and tone. It looks familiar to the high seas in Black Flag, which is not surprising as Ubisoft Singapore was credited with developing the ultra-realistic ocean and naval combat of that game.

If you have ever played Assassin’s Creed: Black Flag, controlling vessels in Skull and Bones will be instantly familiar. Knowing when to speed up or slow down, to turn a wider radius, so as to be able to point your broadside cannons in the direction of an opposing player is key. A skilled player will also be able to take advantage of a slipstream by lining his or her ship behind a wind direction, gaining an additional speed boost.

Winning a ship-to-ship combat is mostly about putting an opponent in your firing arc without also finding yourself in his. Each ship has different combat abilities and secondary weapons too. For instance, the frigate allows you to ram head-on into opponents at full speed for a devastating blow – for smaller ships or low-health enemies, sometimes an instant kill – or use its mortar for long-distance pot shots.

Ships in Skull and Bones will allow for cosmetic customizations including the sail, colors, weapons and others. In the matches that I played in, the Captain of my ship also has a unique ‘war cry’ ability that weakens nearby enemies, though I’m not sure if the customization extends to choosing ship captains with different unique abilities like mine.

In the two matches played, we spawned in a group and attempted to organize attacks against the opposing team, who entered the fray some distance away, with several small islands in between us. The goal of the game mode we played was to destroy enemy players’ ships, capture the loot they drop, and hang onto it without letting your own ship get destroyed.

That proved difficult at first, though, as the Bruiser ship I picked at first had sluggish movements (as it should) that was difficult for me to maneuver. It was hard to catch up with teammates once I fell behind, and equally difficult to escape once an enemy ship caught my rear blind spot. Skull and Bones can punish teams that don’t work together, so skilled sailing and constant team communication are essential to stand a chance to win.

As the carnage came to a close, several over-powered computer-controlled pirate hunters spawned around the edges, and a countdown gave us two minutes to escape to a distant objective marker. That’s where the match was decided, as two minutes was just long enough for the opposite team to organize one final plunder and still escape. So my team lost our first match, but won the second with a higher loot count. During the second match, I had attempted to give my teammates additional time to escape by distracting an enemy player. That attempted last-minute play was a tense climax where I only missed out on reaching the objective marker by less than a second. It was exhilarating.

At this point, however, Skull and Bones will need more content to anchor players down – more game modes (will there be a PvE option?) as well as more ships will be added, according to Ubisoft. But based on the merits of the demo that I experienced at E3, Ubisoft seems to have something special on their hands. It will still be a long wait, as Skull and Bones is only set for a late 2018 release. It will be out for PlayStation 4, Xbox One and PC.

Aaron Yip is an industry veteran with more than 15 years of experience. When not spending time on his gaming PC and consoles, he can be found in Hyrule solving ungodly puzzles and collecting gems.
Previous post E3 2017: Playing Destiny 2 Story Mode at 60fps
Next post E3 2017: Ace Combat 7 Skies Unknown gameplay will blow you off the sky