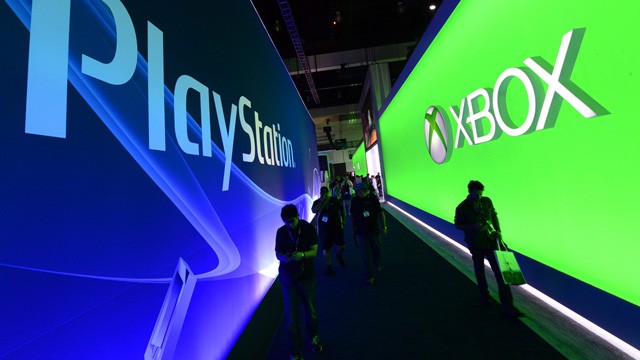 Every year in June, the who’s who of the gaming industry gather together at the Los Angeles Convention Center to part in one of the biggest gaming expositions—Electronic Entertainment Expo, or simply E3.

The doors of E3 event will be open for three days, from June 14 to June 16, 2016. During that time, participants of the show such as Sony and Microsoft, and major publishers will announce or show off their new projects, and Team GameAxis will be on the floor to give your, dear readers, updates on the biggest and exciting ones.

But what would be shown on the floor? It’s anyone’s guess, but as it was last year, the rumours buzzing on the Internet has been focused on two key hardware: a new Xbox One (UPDATE: Sony has since confirmed the existence of the PlayStation Neo, but has also added that it won’t be shown at E3) console that comes with incremental hardware upgrade that can play VR and 4K content. We will only know for sure come Monday (US timezone) when Microsoft and Sony will run their respective E3 press conferences.

Xbox One Slim / Xbox One.5
It doesn’t takes rocket science to know that Microsoft is losing this generation’s console war with Sony. The PlayStation 4 has sold more than 40 million units worldwide, and while Microsoft has stopped sharing Xbox One sales numbers, third-party statistics have the console at just under 21 million sales. That means the PS4 has outsold the Xbox One by two to one. That’s not good for Microsoft. They need a game plan or two. And fast.

The big rumour, is that Microsoft will announce a new Microsoft Xbox ‘Slim’ model that isn’t only smaller, but also features a small hardware upgrade to give it an over the current PS4. This will also give the company an opportunity to give the existing console a permanent price drop, and thereby, hopefully giving it a much needed sales boost.

The Xbox ‘One.5′ on the other hand, is an interesting beast. Again, details are so scant and vague; what we only know, is that Microsoft is determined to have the most powerful console of this generation. This will be the Xbox One “definitive edition” of sorts, with hardware that can play both VR and 4K content without performance handicaps. This Xbox One version is slated for a 2017 release.

Games though, what about the games? Ade has some guesses…

Animal Crossing / Fire Emblem (Mobile)
Somewhat infamously, Nintendo has announced that the new Legend of Zelda will be the only playable title at this year’s E3. While upcoming games such as Paper Mario: Color Splash and Pokemon Sun/Moon are to get video showcases instead, nothing has been mentioned on the mobile front so far — for a company proclaiming a mobile push, the lack of news is certainly odd.

We know by way of an earnings report that Animal Crossing and Fire Emblem are to get mobile adaptations sometime this year. What we don’t know is how those games look like or exactly when they’ll release. It’s been three months since Miitomo launched too, so it’ll be fun if Nintendo pulls off an “available right now” stunt during their live stream. Given their sparse E3 lineup, they just might need it.

PlatinumGames have had their hands full lately with some licensed releases but Scalebound marks an original IP exclusive to Xbox One. It’s worth mentioning that Hideki Kamiya is in the director’s seat; for those not in the know, this is the man who gifted the world Resident Evil 2, Devil May Cry, Viewtiful Joe, Okami, and Bayonetta — that’s one hell of a resume.

We haven’t seen much from Scalebound other than a suitably flashy CG trailer and some gameplay. However, we do know that it’ll have a four-player co-op multiplayer mode; here’s hoping for more comprehensive footage at next week’s E3.

The longer it stays in development the harder it’ll be for The Last Guardian. After missing its target by an entire console generation, we finally got to see footage running on the PlayStation 4 last year. Nonetheless, fans are keeping faith in the talent behind Shadow of the Colossus, who they believe can step up once again to deliver an amazing gaming experience. There probably will be a couple of technical shortcomings due to its arduous game-making journey but, as long as it remains playable at decent framerates, 2016 has to be its year.

Crash Bandicoot
The signs are all there: the Uncharted 4 easter egg, a slip of the tongue regarding figures, and the T-shirt worn by SIE’s president at last year’s PlayStation Experience keynote. Crash Bandicoot is set for a comeback and it’s no longer a matter of “if” but “when”. This may all turn out to be an elaborate ruse, of course, but we choose to believe we’ve gone past mere coincidences at this point. What’ll be interesting to see is how Naugthy Dog brings this PlayStation 2 classic to the modern age — for one thing there aren’t any guns!

Prey 2
Bethesda may have pulled the plug on this first-person shooter back in 2014 but its story is far from over. Rumors abound that Dishonored’s Arkane Studios have taken over development duties from Human Head, resulting in a brand new build the public has yet to see. The time is ripe for its resurgence anyway, both as a non-military shooter and as a cyberpunk game. Keep an eye out for it during Bethesda’s second-ever E3 press conference.

Mass Effect: Andromeda
It’s about time, right? BioWare has kept an extraordinarily tight lid on the RPG’s progress which, to be fair, isn’t too surprising — the Mass Effect series is going on without Shepard and crew for the first time, after all. We’re not expecting a playable build or release date at E3 but, at the very least, a full-length trailer along with some gameplay footage to keep us hot and bothered.

Chrono Trigger Remaster
We may be stretching a little on this one but hear us out. Square Enix has been on an invigorated roll with Final Fantasy lately, tossing out remasters left and right. The thing is, now that they’ve announced a remastered FF XII they’ve more or less exhausted the franchise (barring divine intervention for a FF Tactics remake).

Chrono Trigger is another treasure from Square’s golden JRPG years. While a spiritual successor does exist in the form of I Am Setsuna (Ikenie to Yuki no Setsuna in Japan), it just isn’t the same as revisiting the characters, locations, and dreams of a beloved world. Considering the new gameplay direction of Final Fantasy, it isn’t hard to imagine Square Enix continuing down the remaster route for its older fans — just for nostalgia’s sake.

Aaron Yip is an industry veteran with more than 15 years of experience. When not spending time on his gaming PC and consoles, he can be found in Hyrule solving ungodly puzzles and collecting gems.
Previous post Brave Frontier meets Tales series in special collaboration
Next post EA’s E3 Press Conference: All you need to know