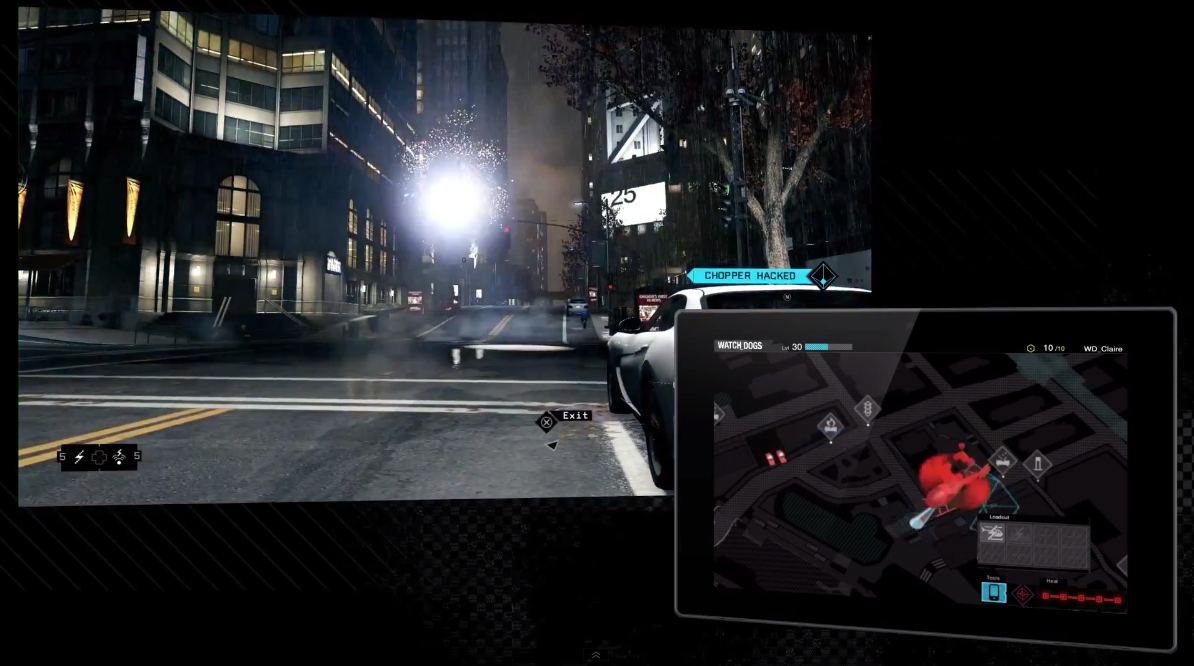 There was a noticeable new trend going around with the games of E3. Battlefield 4 has it, Watch Dogs has it. The Second Screen.

We all know Nintendo was the pioneer of gameplay using a secondary screen, and I’m not even talking about the Wii U Gamepad yet. Back in 2004, the company released their quirky dual-screened Nintendo DS that allowed gamers to throw a golf swing, interact with keypads and pet furry animals. This functionality was carried over when the Nintendo 3DS was released, before Nintendo released the Wii U with that massive chunky GamePad one can use to throw ninja stars off of.

This functionality made Wii U games more interactive, be it used by the first-person to get doors open before they get mauled by zombies or the third-person sitting in the sidelines helping Mario and gang jump higher platforms. I suppose, then, that some game developer put two-and-two together when he realised that if people use their tablets, why not use those for second screen gaming without dedicating specific hardware to it on their non-Nintendo consoles?

On the point again that this idea isn’t new, but the trend of developers picking it up for a new dimension of gameplay appears to be increasing, visible during this E3 alone, providing added features to games such as:

Xbox SmartGlass allows the remote control using a phone, tablet or Windows-compatible device for media playback on an Xbox 360 and Xbox One, including content from HBO GO. SmartGlass currently also interacts with Dance Central 3 and Forza Horizon. On the PlayStation 3, this feature is still limited to the PS Vita, although a PlayStation app exists for iOS and Android users to keep tabs on their friends and trophies, although another PlayStation app was announced by Sony during their PlayStation 4 DualShock 4 reveal.

All of this brings us a taste of what we can expect in the future of social gaming because sometimes, it’s not fun going at it alone.