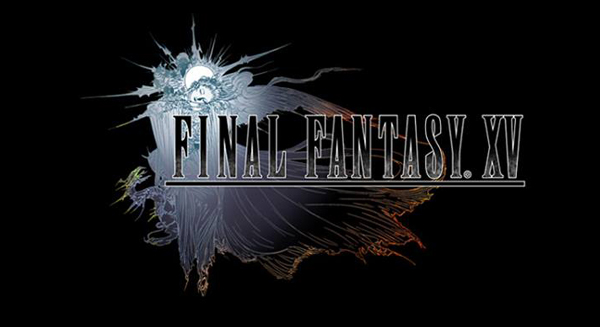 As expected, Square-Enix has rebranded Final Fantasy Versus XIII to Final Fantasy XV. It’s the smart (and obvious) decision here and we’re glad to see that it looks really promising. However, it’s been a very long time – Versus XIII was part of the “Fabula Nova Crystallis” set of games which were announced in 2006 for the PlayStation 3 – so now’s a good time as any to catch up on everything. If you haven’t read up about the game in the past few months, this is for you.

The Fabula Nova Crystallis games share a number of common themes, the most familiar being the concept of l’Cie – humans who have been marked by a fal’Cie symbol. These individuals must accomplish their ordained task with their newfound magical powers, after which they’ll be rewarded with “eternal life” by turning into a crystal statue. Alternatively they could just ignore it and literally doom themselves in one way or another. We don’t have anything concrete yet in Final Fantasy XV’s context, but main character Noctis provides enough clues which we’ll touch on later. So what’s the story? A press release keeps it incredibly brief:

“The armed forces of Niflheim launch a devastating assault upon the Kingdom of Lucis, casting Crown Prince Noctis and his comrades out of their homes and into the fray.”

The official website isn’t much help either so let’s fall back on past material. We know that Noctis is the last heir to a dynasty that rules the Kingdom of Lucis, protectors of the last crystal. While its neighbouring nations used these crystals to develop weapons in a cold war, Lucis kept them for civil pursuits, thus making them the only technologically advanced city around. A peace treaty gets cut short when the aforementioned attack occurs, just after Niflhein conquers three other nations.

Final Fantasy XV’s use of both modern and medieval cities reflects Square-Enix’s fondness of environmental contrast, though in this case the game cuts closer to home – the developers used real-world locations for inspiration, with heavy influences from Tokyo’s cityscape. This is purely intentional as the realism helps director Tetsuya Nomura to explore darker themes and focus on human emotions. (Some aren’t happy about this shift from ‘fantasy’ though.)

There have been a few characters officially revealed so far. To quickly go through them all:

Noctis Lucis Caelum
Protagonist. Lucis city.
Latin phrase for “Sky of the Night Light”.
His eyes change colour when he uses his abilities, which include summoning a ring of weapons, telekinesis and teleportation. Like Stella, Noctis can see the “light”, which legend says will grant the beholder with powers of the dead from the Goddess Etro, for both good and ill (loosely meets the l’Cie definition).

Stella Nox Fleuret
Antagonist. Tenebrae city.
Latin: Stella Nox (Night Star) and Fleuret (Rapier).
Likely the leading female character, Stella is believed to share the same powers as Noctis. Her traits are the opposite of his and her favoured weapon is, like her namesake, the rapier.

Ignis Scientia
Playable character. Lucis city.
Latin: Ignis (Fire) and Scientia (Knowledge).
A childhood friend of Noctis, he serves as a strategist to the royal family and is often seen driving. Ignis appears to use katanas and throwing knives.

Gladiolus Amicitia
Playable character. Lucis city.
Latin: Gladioulus (Small Sword) and Amicitia (Friendship).
Also a childhood friend to both Noctis and Ignis, he hails from a household that protects the royal family (another Yakuza reference) and has a preference for fist-combat.

Prompto Argentum
Playable character. Origins unknown.
Latin: Prompto (Ready) and Argentum (Silver)
Described as a foreign fugitive with a liking towards firearms, Prompto is another of Noctis’ friends. Thanks to his skill with guns, he can manually aim the weapon to target weak points.

Cor Leonis
Playable character. Lucis city.
Latin: Cor (Heart) and Leonis (Lion) .
Cor is head of the Royal Family Guards so it’s only natural that he accompanies Noctis in his journey. Not much else is known about him yet.

Final Fantasy XV plays like an action RPG and is based heavily on Kingdom Hearts’ battle system. The player’s party consists of three characters and the active member can be switched around during battle. Attacks can be chained into combos and magic abilities will vary depending on the user. There’s even a “Link Form” command which allows for context-sensitive interactions in combat. It’s an incredibly flashy and fluid style that’s best seen in that gameplay video above.

That pretty much concludes this refresher. As stated, if you’ve been keeping up with the game’s developments then there isn’t anything new here. Otherwise, I hope it’s been helpful in some degree.

This will be incredibly important for Square Enix and the Final Fantasy brand, a franchise that’s been feeling a little strained lately. Despite the pretentious Latin names and fairly repetitive character designs, Final Fantasy XV sounds like it’ll make up for it in the story and gameplay departments. And with Yoko Shimomura (Kingdom Hearts, Xenoblade Chronicles) as composer, it’ll literally sound good too.

The game is being developed for both the PlayStation 4 and Xbox One. Unfortunately, no estimated release date yet but we’ll find out more soon enough.

Ade thinks there's nothing quite like a good game and a snug headcrab. He grew up with HIDEO KOJIMA's Metal Gear Solid, lives for RPGs, and is waiting for light guns to make their comeback.
Previous post E3 2013: Next-Gen Games From E3
Next post Microsoft DRM Is To Emulate Steam, Says Anonymous Xbox Engineer