Home / Features / Does the Xbox One Greaseproof Controller really work?

Does the Xbox One Greaseproof Controller really work? 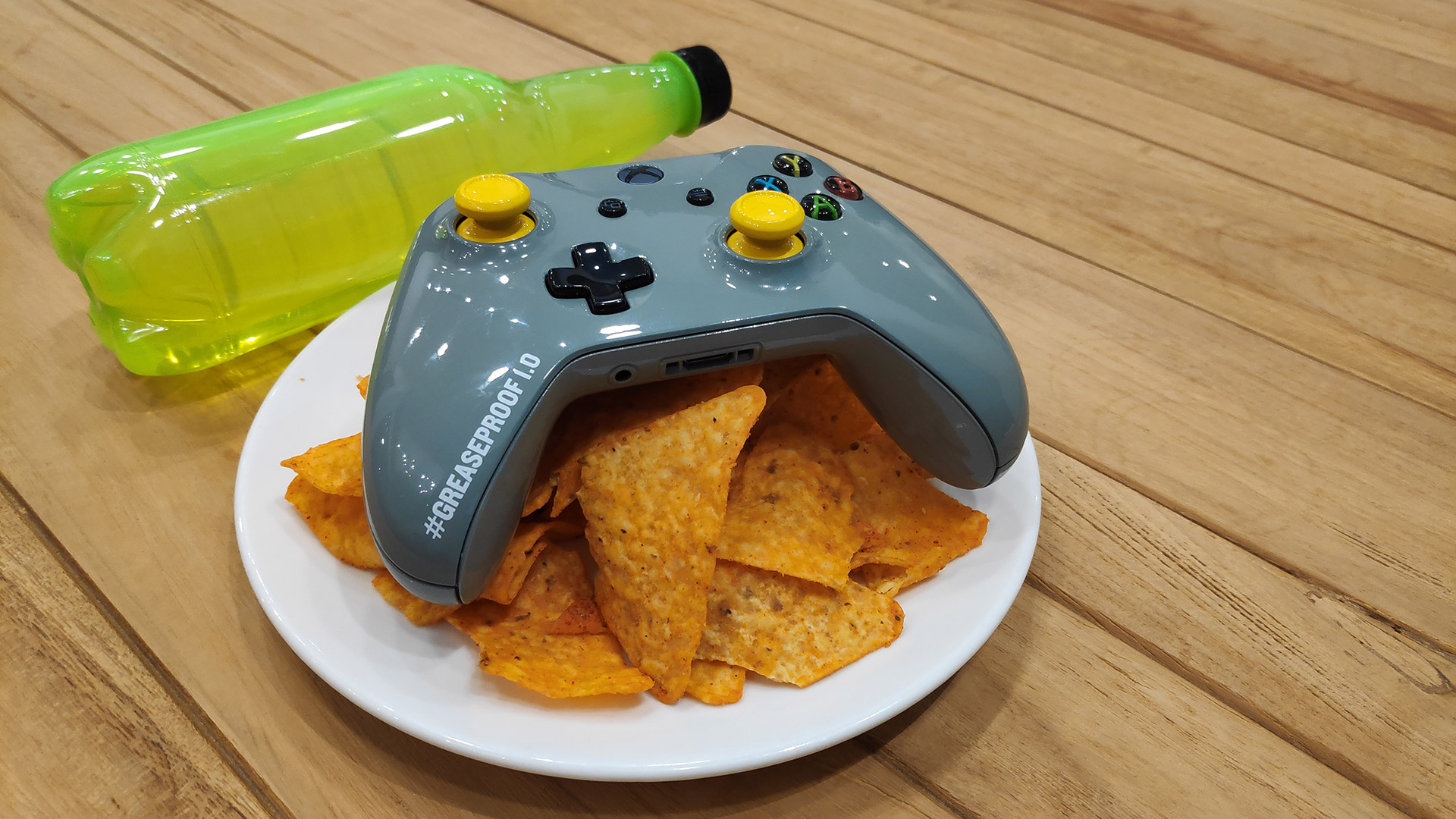 This article is not endorsed by the Health Promotion Board. They’re probably horrified, really.

You may have heard about it. The Xbox One Greaseproof Controller, specially coated in a urethane material to ward off oils as you feast on chicken — the dinner choice of winners. It was a promotional stunt to celebrate PlayerUnknown’s Battlegrounds on the Xbox One, limited to only 200 pieces, and a gaming curio that has you wondering why nobody’s tried it before.

Which then begged the question: Does it really work?

I had work to do.

Before subjecting the controller to greasy torture we decided to give it a once-over. Other than the ironically greasy-looking coating and the custom color scheme, this was pretty much your average Xbox One pad. Try as it might, the limited numbering did little to dissuade us.

Now, if you’ve ever held a current-gen controller then you know those things are happy little dirt traps. The seams running along the sides, the tiny gaps between buttons, triggers, and chassis … the Greaseproof Controller shared all those same weak points.

And so I kicked off the testing on an easier note, summoning chips and soda enshrined in gamer memory. You know the ones, the Double Ds of snacks, the good old D*ritos and D*w. 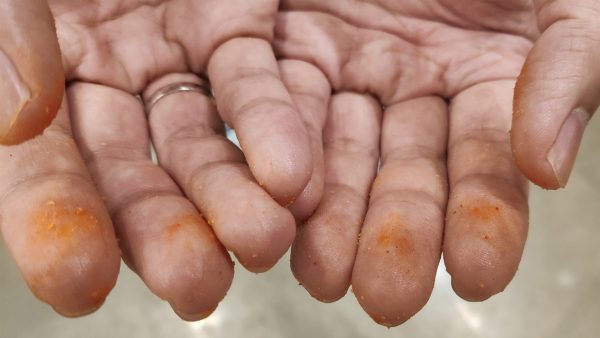 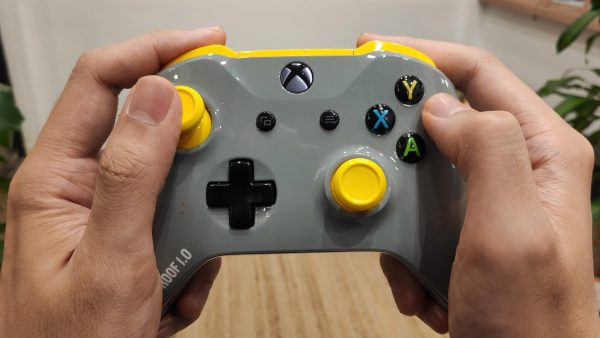 After going through three-quarters of the plate and rubbing my hands like an enthused house fly, I had enough crumbs and flavored dust to caress the controller with. A part of me died as I took one step closer to becoming Jenkins the Griefer, but the Greaseproof Controller held up its end of the bargain.

Pulling the triggers and twiddling the sticks, the gamepad didn’t feel any different. Rather, I was still painfully aware of the chip seasonings crusting my hand, and paranoid to high heaven that some crumb would work its way into the trigger springs. I tried calming my pained heart with some neon green fizz, but the liquid sugar just made me recoil in horror. 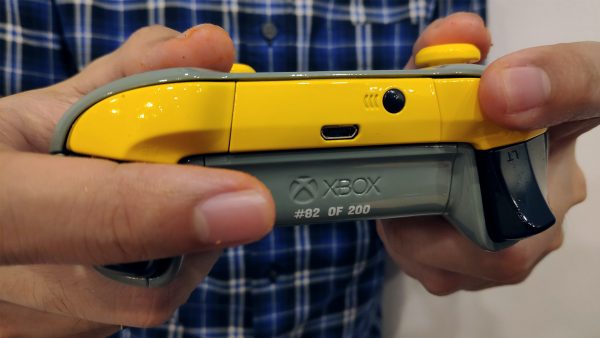 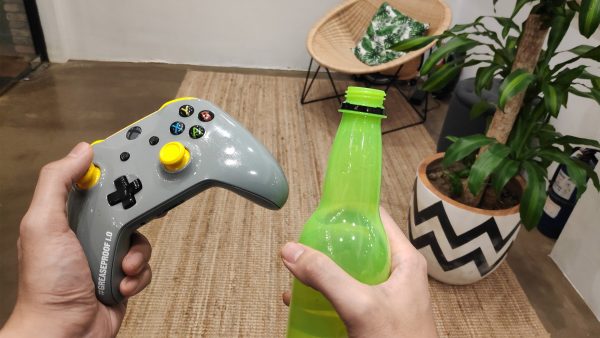 Clearly, this wouldn’t do; I had to go further. For science.

A trip was in order, so after wiping down the controller I led my sugar-high meatsack to one of the many fried chicken establishments in Singapore. I didn’t simply want grease and some flavoring salts, I wanted to go all the way.

After procuring the winning Chicken Dinner™ my disgusted companion and I huddled by a wall to hide from wandering eyes. Careful to get my digits slick with sauce, I slathered the Greaseproof Controller like a stoned gamer late for Thanksgiving — it took some restraint to not want to baste the entire thing. It’s a good thing the store manager didn’t kick us out. 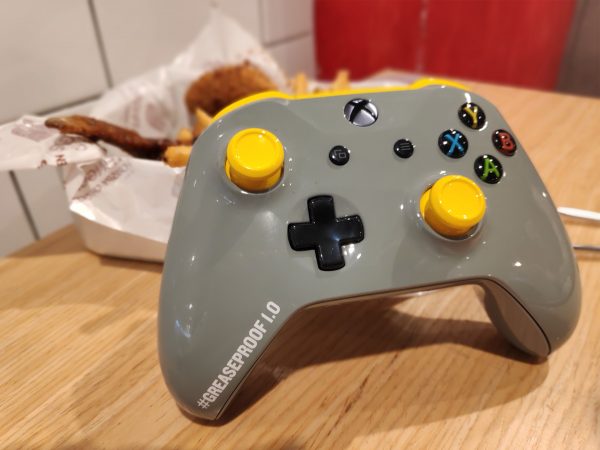 Now we’re talking. Like any waterproofed product, the bigger goblets of grease started beading across the controller, looking like the pustules of some culinary demon. I made sure to eat some chicken in-between too, just to see what it felt like to be one of these imaginary gamers too in-the-zone for hygiene. I pressed, pushed, and pulled my way across Microsoft’s baby, and am happy to report that yes, this thing does sort of work.

You see, other than preventing grease from soaking into regular controller plastic, that urethane skin made wiping it down a little easier. Two serviettes and two wet wipes later (plus some excavating with a toothpick) and the mighty Xbox One Greaseproof Controller was no worse for wear. 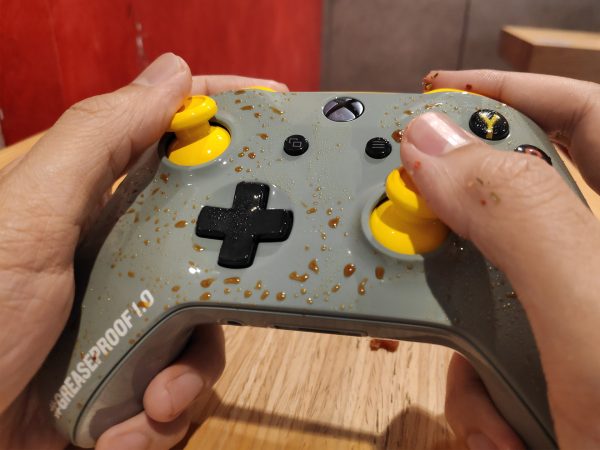 Would I do it again? Hell no. Given the amount of time it takes to clean the controller, I’m better off just washing my hands after dinner. Maybe there are people out there who are perfectly comfortable getting some food on their electronics, but it looks like decades of sensible console gamer tradition — wash your hands before touching a pad — is here to stay.

But now that the Xbox One has gotten mouse and keyboard support, maybe Microsoft should look into getting those greaseproof too. 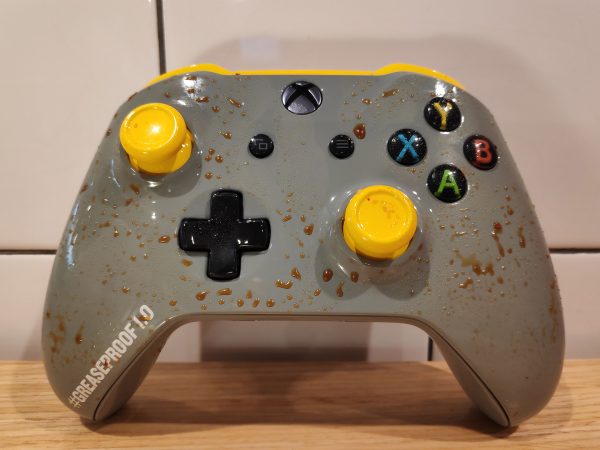 Ade thinks there's nothing quite like a good game and a snug headcrab. He grew up with HIDEO KOJIMA's Metal Gear Solid, lives for RPGs, and is waiting for light guns to make their comeback.
Previous post Get 2,000 V-Bucks and a bunch of cosmetics in the new GeForce Fortnite Bundle
Next post Impressions: Too little money and too many griefers in Red Dead Online beta