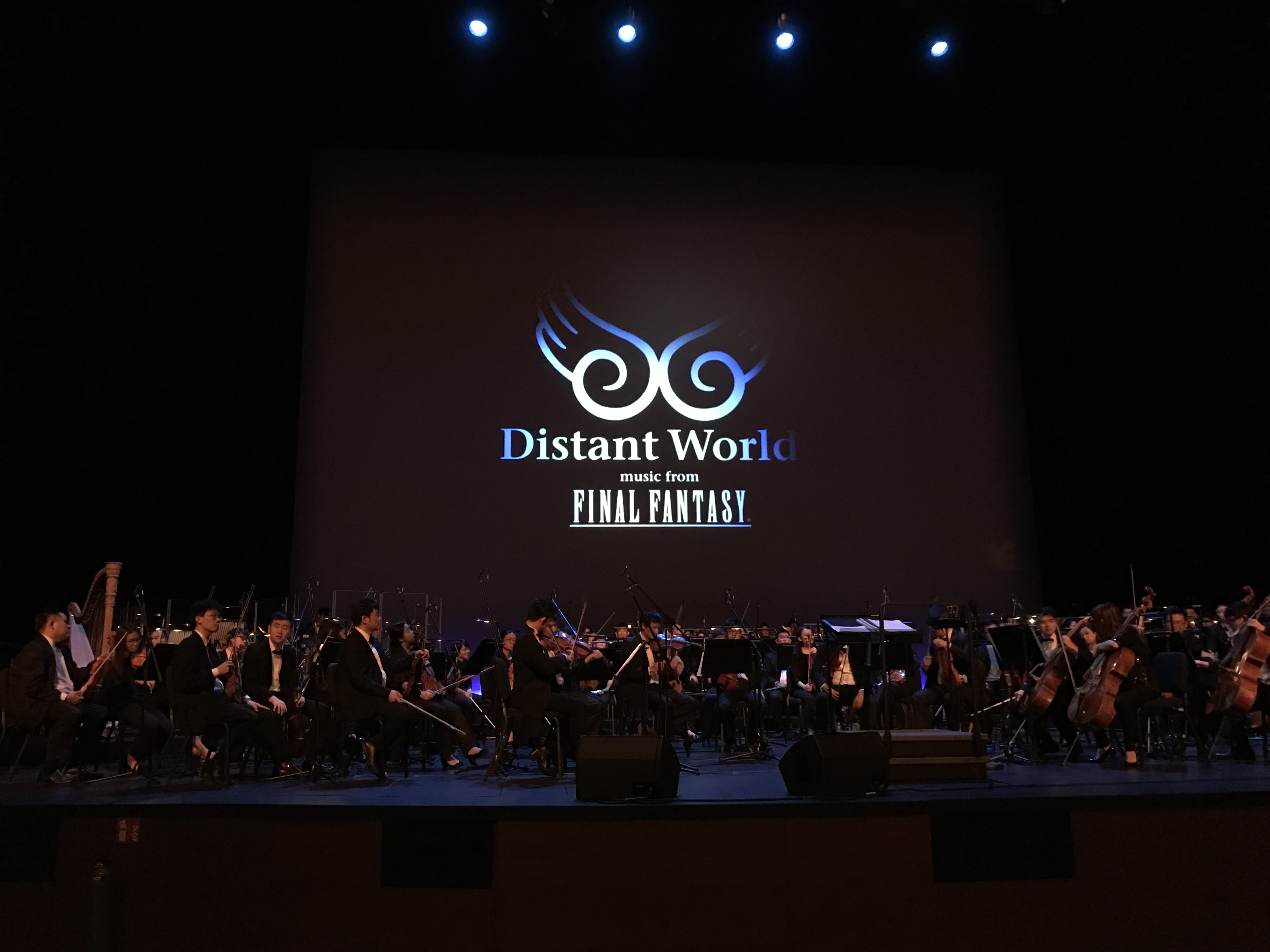 I always try to be mindful every single day of the things that I should be grateful for. And one of the things that I am constantly grateful for, is that we live in a world where Final Fantasy exists. Where a bunch of game makers, musicians, artists, storytellers, designers, and more have together weaved, for nearly 30 years (next year is the anniversary), countless worlds for us to revel in, beautiful heroes to meet, tales of heroism and courage to believe in, and most importantly, music to elevate our souls. The distinct and breath-taking artistry on display whenever a new Final Fantasy is launched is staggering.

Which is why Distant Worlds is no mere concert, no simple singular performance, but an event of Magic. It’s the coming together of lovers, of creators and their audiences, forging a powerful connection with just enough potency to bring to life in our collective minds’ eye, the universe of Final Fantasy.

There was just so much warmth and love in the room last night. Arnie Roth, the conductor, was a great host, bringing out laughter, raucous applause, and cheer from the audience.  Just by calling upon the names of some of the greats like Balamb Garden, Rose of May, Cosmo Canyon, Man with the Machine Gun, Jenova Complete, and of course, Suteki Da Ne, we responded with fangirlish cries of joy.

The orchestra and choir were incredibly sincere in their performances – even if some of it was audibly flawed, granted considering the technical complexity of bringing some of the music to life.  But the best treats of the night were the guest performance by Rikki, and the world premiere live of Apocalypsis Noctis, to coincide with the launch of Final Fantasy XV (which by the way, is a fantastically stellar game). Watching video clips of all the games, their cutscenes and gameplay footage, as the music played was a real heartful of nostalgia.

The night ended on One Winged Angel, with the audience helping the orchestra and choir call out the name of everyone’s favorite bad guy, and a fist pumping Victory Fanfare. A truly great time, and I raced home right after to get back to FFXV.

Jun Shen is an occasional contributor of words to the Internet. But he is not a "journalist", and he is not a "writer". He has played a ton of games in his short life though (as if that’s any real qualification). He does however have a day job in the games industry.
Previous post Watch Dogs 2 Review (PS4) – A Good Come Back?
Next post Civilization VI (PC) Review – One More Turn Please